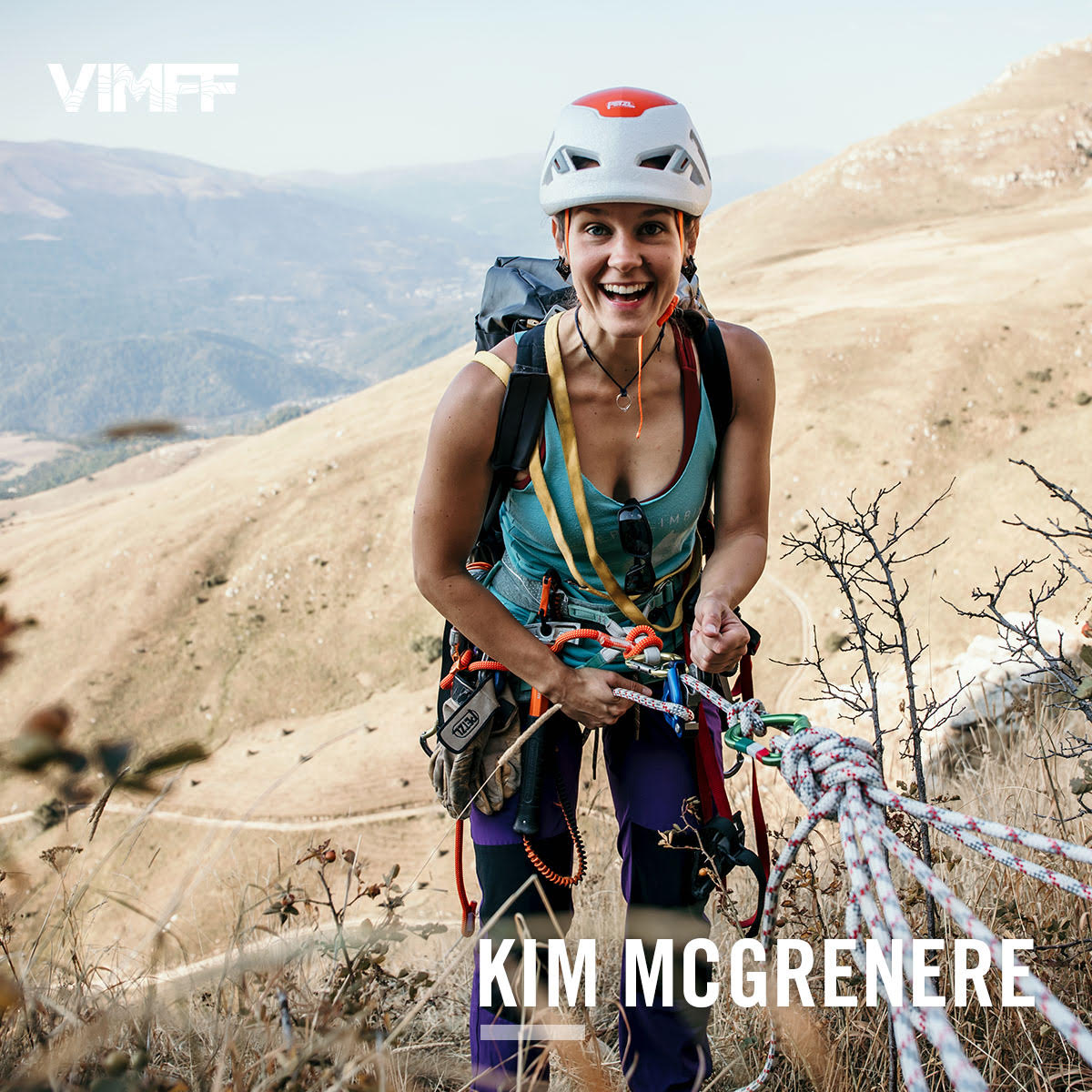 Kim McGrenere, pictured here during a climbing expedition in Armenia, was one of the speakers at the VIMFF event. Courtesy VIMFF

The atrium at the Frederic Wood Theatre was bustling with old climbing partners, friends from the Varsity Outdoor Club and familiar faces from the Aviary climbing gym.

The Varsity Outdoors Club (VOC) was hosting Climbing Night as part of the Vancouver International Mountain Film Festival (VIMFF) and as such, everyone was dressed in their nicest well-worn Arcteryx jackets.

I was trading reading week shenanigans and Spring climbing plans with my belay partner when the theatre doors opened and we found our seats. We were there to see the very best climbing films of 2019 and get psyched for the upcoming season.

The first short film follows Raheim Robinson dreaming of warmer days on his morning commute. We follow him as he descends onto a busy subway platform and dozes off on the train, which cuts to a dream sequence of Raheim making his way through a forest with a bouldering pad on a slow and sunny afternoon.

Josh Greenwood, the director, captures the restlessness I often feel when I get caught up in the campus bubble, hemmed in by classes and responsibilities. As we follow Raheim bouldering alone, we are entranced by the quietness of it all, only to be jerked away by the shudder of the subway car back in reality.

If you feel overwhelmed with the campus bustle, find yourself a sunny day to walk out to the flagpole by the Rose Gardens. Look North towards the mountains and imagine yourself walking through those old growth forests. Imagine what the cool air smells like and how the forest loam might shift softly under your feet as you pick your way along the trees — and just for a second, escape.

The second film of the evening, Speak To Me Softly by Henna Taylor, deals with the barrage of negative thoughts that seek to bring us down when we’re on the wall.

Whether you’re just starting out or you’re a trained professional, nearly everyone is out there climbing as hard as they can and Taylor’s film deals with the frustrations and doubt that follow us. What if I’m too weak, what if I’m not good enough, what if I fall and get myself hurt? These doubts can make you panic and put yourself in danger.

Taylor’s short explores how we’ve all felt that way and the need to centre ourselves to make our way up the pitch. In this way, Taylor digs to the heart of why we climb: it is empowering to do what we thought we could not.

The third event of the evening was a presentation by local climbers Kim and Graham McGrenere on their recent trip to Armenia, where they help in the climbing development effort and expand the number of routes present in the country.

Kim and Graham, both of whom are world class climbers in their own right, explained how we take for granted all the climbing we hold so dear here in Vancouver.

It took the community decades to clean the granite faces with brushes, find safe routes up the Squamish cliffs, drill bolts in the wall for safety, compile and organize all the routes into guidebooks and work with local and provincial governments to maintain access to all the climbing areas.

The original climbers were never paid for their efforts, but they built a community of like-minded people who come together and enjoy the outdoors.

Kim and Graham expressed a yearning to give back and help the budding Armenian climbing community find their footing, as the couple traveled to the country for four weeks to set 22 new routes in Dilijan National Park.

Graham set and subsequently climbed the hardest route in Armenia, which will surely attract international climbers to try their shot. Together, the couple and several local groups built the beginnings of a community and took the first step to make the cliffs more accessible for the Armenian locals.

Kim talked about how climbing is an equalizer. It doesn’t matter who you are or how strong you are — when you push yourself up the cliff, you are empowering yourself. She talked about her proudest moments of belaying a young Armenian girl to the top of a newly set climb and showing the girl that she can do anything.

For Kim, she believes the achievement won’t be left forgotten on the crags of Dilijan, but will instead follow that young girl throughout her life, whispering in her heart: “You can do this.”

The final film followed Jesse Dufton as he attempts to climb the impressive Man of Hoy sea stack in north Scotland. Born with only 20 per cent of his central vision due to a rare genetic condition, Jesse never let his eyesight prevent him from tying in on the sharp end of the rope.

As his condition progressed, he slowly lost the remainder of his vision but continued leading routes and training in his basement. He communicates with his fiancée Molly, who belays him and tells him where to place gear with an earpiece.

As Jesse makes his way up the four pitches of Man of Hoy, he is often out of sight of his fiancée and must simply trust that he can follow the path of least resistance up ledges and towards the belay stations.

The camera crew around him is visibly nervous as the sun begins to slowly set. Just as the light of day begins to fade, Jesse makes the summit and makes history.

Jesse’s feat is incredible. While thousands of people have climbed the Man of Hoy and thousands more might climb it again, nobody has pushed the boundaries of the sea stack quite like Jesse has.

The final moments of the film capture the essence of why any of us climb: we are doing it to be better than ourselves and to rise above our problems, situations or anything else that might conspire to keep us down. We scratch and claw our way up to the summit because that’s what makes us powerful.