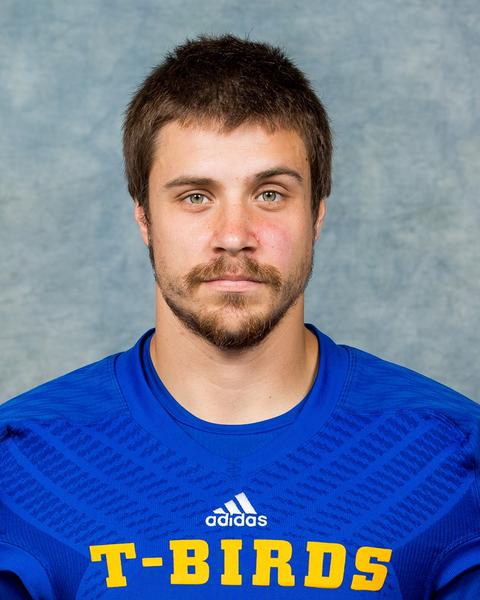 Sunday was a proud day for Alex Morrison and his family. The Thunderbirds wide receiver was drafted 29th overall at the CFL Entry Draft by the Montreal Alouettes.

There is no doubt that Morrison is deserving of the accomplishment. The 6-foot-4 Sault Ste. Marie, Ontario native joined the Thunderbirds team in 2012 and has upped his game every season since. While injury problems reduced his contributions last season to just 20 receiving yards in three games, Morrison was a big part of the ‘Birds’ offence during the 2015 campaign.

That season, UBC shocked the country by winning the Vanier Cup against all odds. Morrison also recorded a career high of 645 receiving yards in 13 games that year. He was third on the team in this category behind fellow receivers Will Watson and Marcus Davis.

With five seasons of university football and a Vanier Cup championship under his belt, there is no doubt that the Alouettes have a talented prospect on their hands. Having missed the playoffs two years running, Montreal will be looking for the kind of offensive push Morrison hopes to provide to transform the team into a Grey Cup contender once again.

Over the years, Canada West has produced some quality players that have made their way to the pros. This year, 19 Canada West players were drafted by CFL teams. Nine of these players are from the Calgary Dinos, and fittingly so considering they have arguably been the most successful CIS team in recent years.

Morrison was the lone Thunderbirds player to be drafted in the eight-round draft.