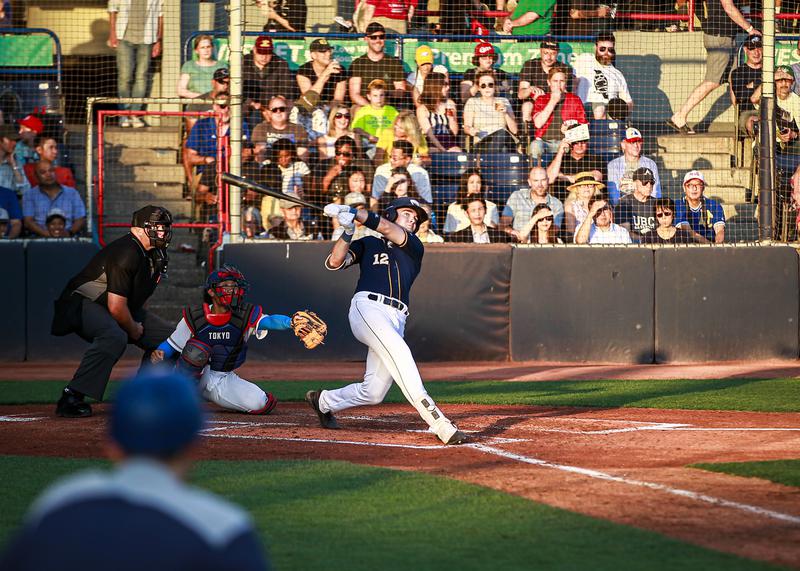 The UBC Thunderbirds baseball team will need to rally in their matchup against the Sacramento State Hornets in the first elimination game of the inaugural Collegiate Baseball Classic. The ’Birds dropped their first meeting with the NCAA Division I Hornets 8-1 and a close fought 3-1 loss to Keio University of Japan the following day.

But the highlight of the tournament so far remains the Tuesday night series opener at Nat Bailey Stadium where the Thunderbirds beat the University of Tokyo 8-2.

Besides opening the classic, this game stood-out for being the lone game hosted at Nat Bailey Stadium, the home of the Class A minor league Vancouver Canadians.

The game saw 3,361 fans come out in support of both teams — and despite the UBC team gaining momentum early and controlling a hit-less game for the visiting Japanese team, the Tokyo team found brief success in the third inning. 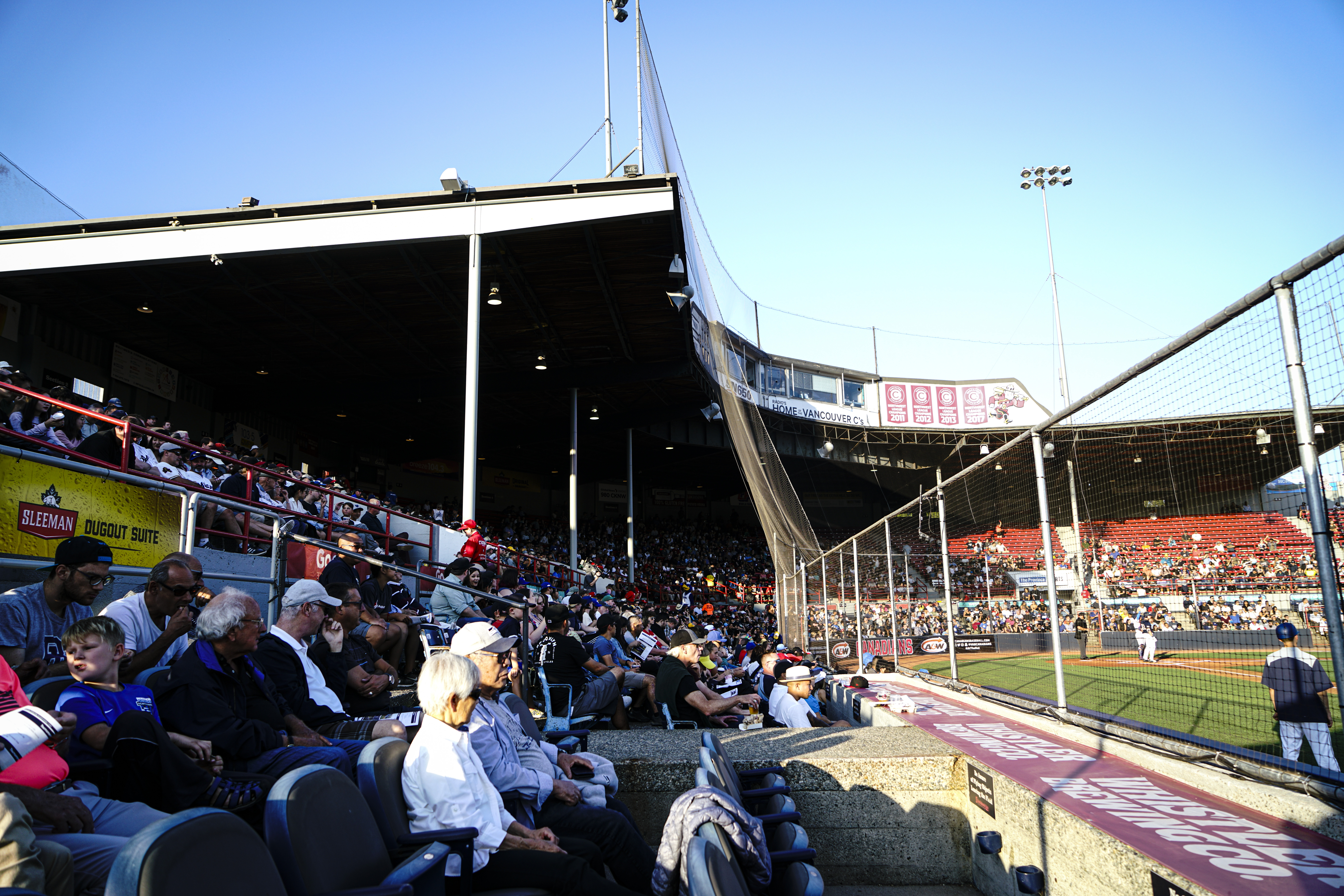 3,361 people make the trip out to Nat Bailey Stadium for the game. Elizabeth Wang

The ’Birds had been credited with three runs in each of the last two innings and had not had a runless inning since the third, as the Tokyo team only managed to score against relief pitcher Barry Caine in the seventh inning with two unearned runs.

When Tokyo’s Kai Aoyama walked, it was Satoshi Hayakawa that pinch ran for him and gained two bases through passed balls from UBC’s Noah Or. With Toshiki Oka also gaining first through a walk, the Tokyo player is credited with the second of the two unearned runs of the game. 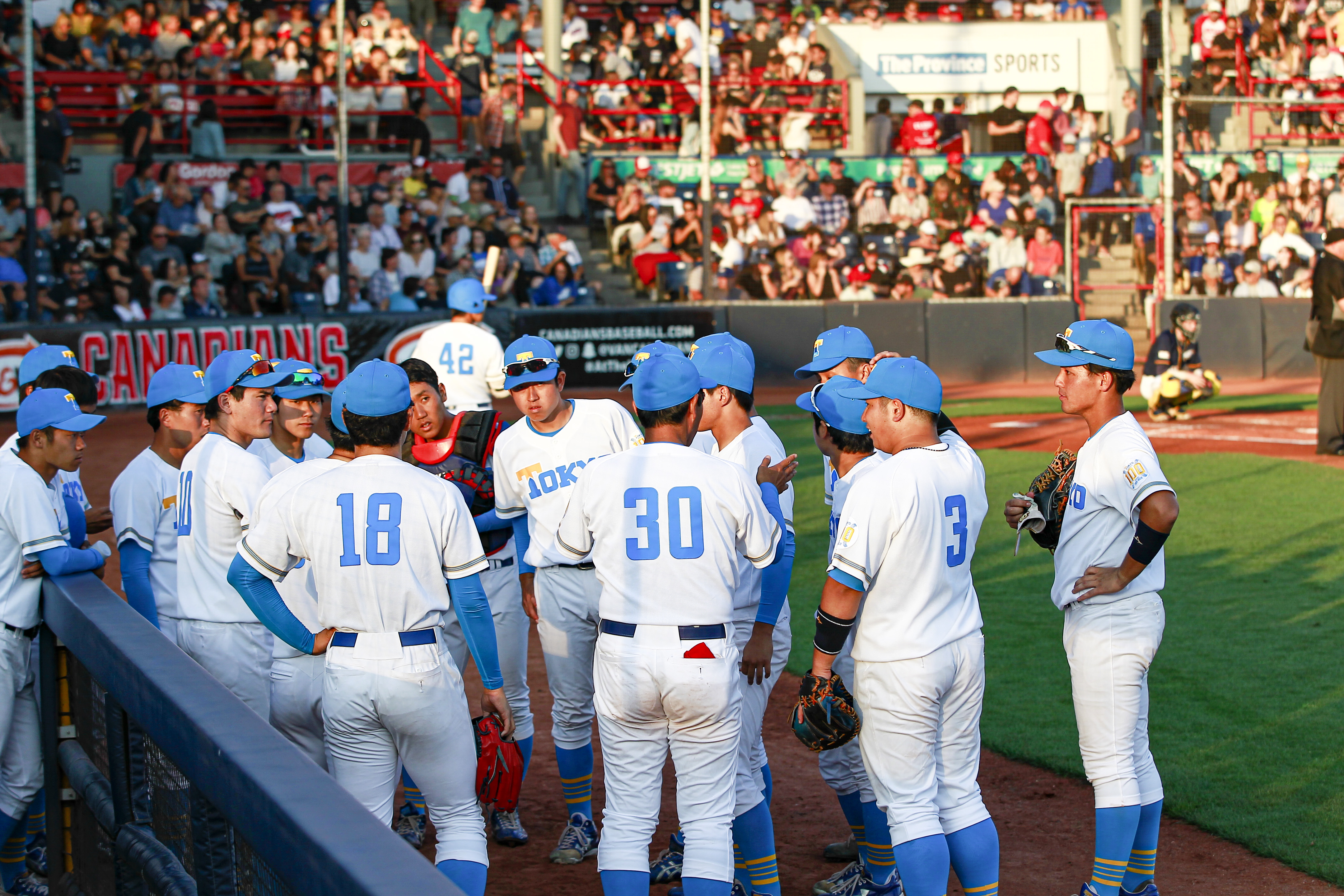 The University of Tokyo team during a break. Elizabeth Wang

The top of the seventh came to a close with Tokyo’s Shuhei Ohto flew out by ’Birds shortstop Cameron Sanderson, concluding Tokyo’s most profitable inning. Third baseman Keishu Inoue and Masaya Morisue are credited with one RBI each.

When it was the Thunderbirds turn at bat, they faced Naoki Miyamoto for the first and only inning pitched by the senior Tokyo player. Miyamoto’s inning resulted in 1 hit and 3 strike-outs in 17 pitches thrown. Sophomore starting pitcher Soh Komune threw 76 pitches, giving up 5 runs on 5 hits with 2 walks, while striking out 3. 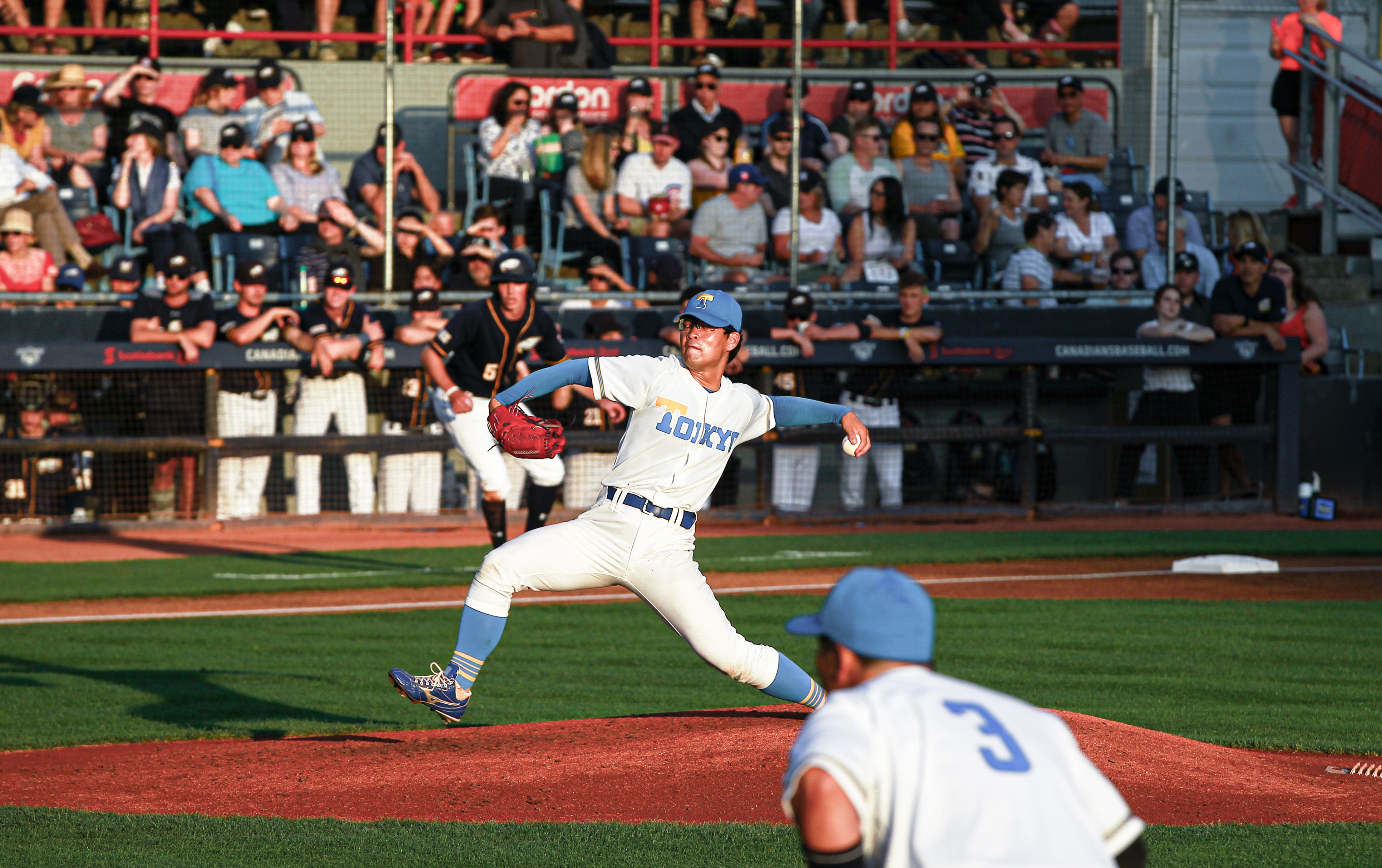 One of the University of Tokyo's players mid-pitch. Elizabeth Wang