Scoops and Digs: The best is yet to come for men’s volleyball

If you have ever watched a Marvel movie, you are probably familiar with superheroes showing up at the last moment and saving the world. In the world of UBC men’s volleyball, those superheroes this year are Matt Neaves and Micheal Dowhaniuk.

These two victories will aid the team significantly going forward. With a 4-10 conference record, the men’s volleyball team is now ranked 10th in Canada West. That said, if the Thunderbirds can maintain this ranking, they will have the chance to compete in the playoffs — something they wouldn’t dream of a couple weeks ago. They’re only two games out of a playoff spot.

Matt Neaves, Friday’s hero, was a secret weapon for the T-Birds. The first-year outside hitter led the team with 20 kills, 6 digs and 3 blocks, contributing 24.5 points in total. Neaves also reached the second-highest hitting percentage on the team with 50 per cent — only 10 per cent lower than his teammate Jordan Deshane.

Neaves didn’t have a lot of chances to showcase his talent in the first half of the season due to an ankle injury. That absence on the court only adds to his ambition today. In Saturday’s game, he continued his outstanding performance, putting up 14 kills and 19 points in total while leading the team in blocks and digs.

“I was really excited [about my results]. I came out from an injury, so just being in the gym and making some big plays is really fun for me,” Neaves said post-practice on Wednesday.

Besides Neaves, fellow first-year outside hitter Micheal Dowhaniuk also had a stellar game on Saturday. He hit 28 kills on Saturday and 3 aces. More importantly, he reached that digit with an incredible 64 per cent hitting percentage. If he can keep this rate consistent, he’ll become the most reliable player on the team. 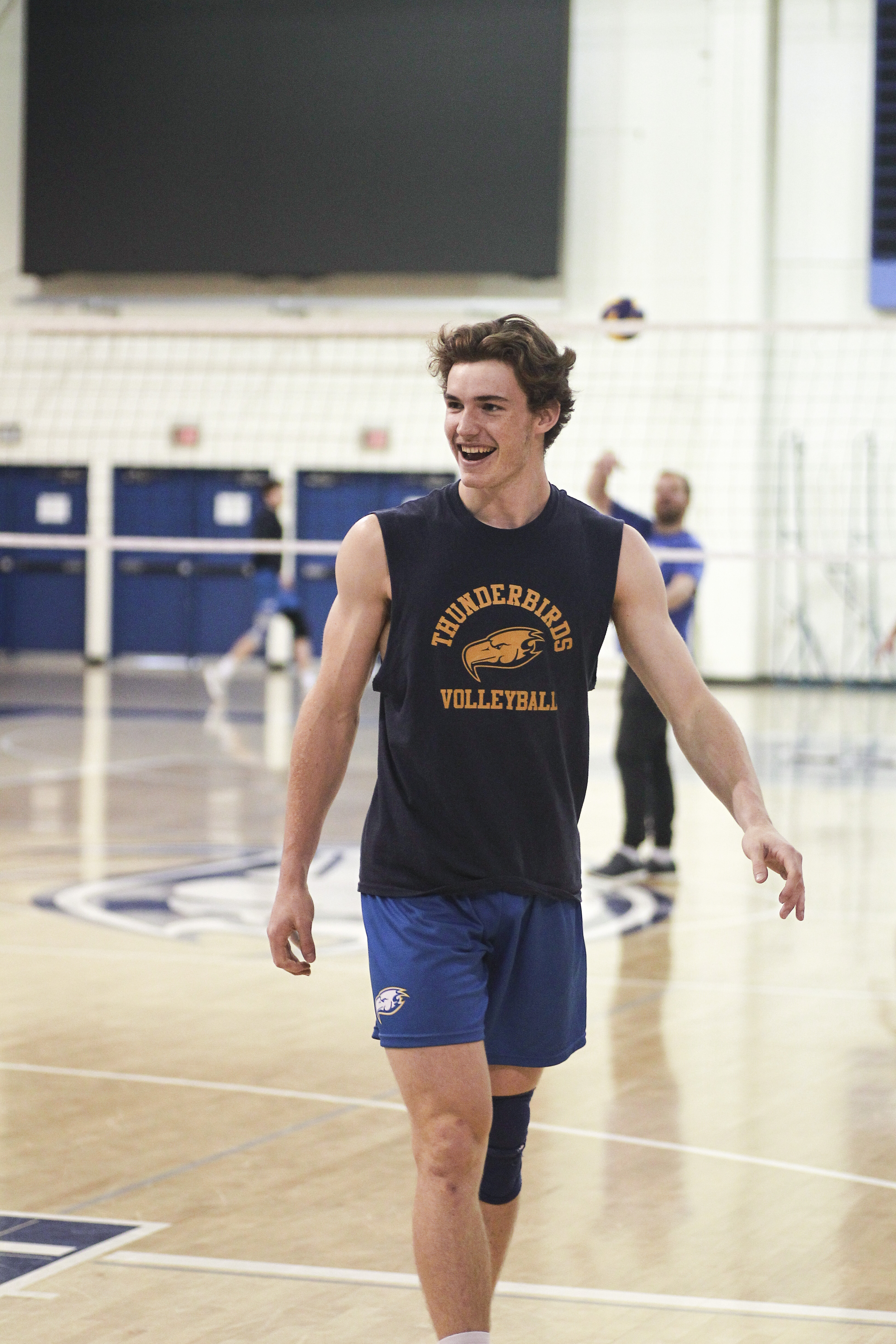 When asked how he feels about his performance, Dowhaniuk said, “I just felt pretty great. It’s a huge accomplishment to get that done in my first year. Huge credit to my teammates and everything, just for the support that they have given me.”

For the men’s volleyball team, having the ability to work collaboratively on the court is top priority. As they rebuild after a championship season, the new talent is finally starting to settle into the roster. How to get the best out of each of them is the real question now.

“We’re a new group together, a lot of new faces. We just need to spend more time together on and off the court and create that bond together, and we’ll have that better trust on the court,” Dowhaniuk said.

Up next, the Thunderbirds will have a home series against their visiting sister school, the UBC Okanagan Heat. Game times are 7:30 p.m. Friday, January 18 and 6:30 p.m. Saturday, January 19 at War Memorial.