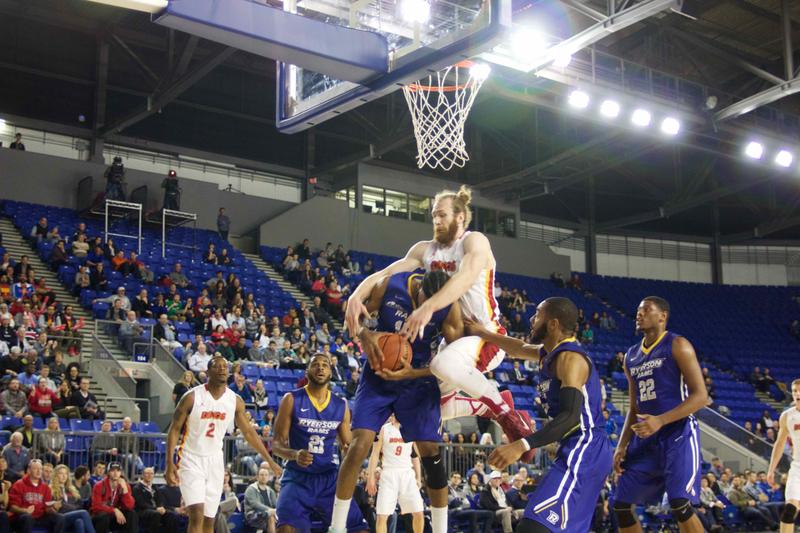 After UBC took down the University of Ottawa in the fifth-place consolation match, the stage was set for the semifinals of the CIS Final 8 tournament. Fans from across Canada were treated to some entertaining basketball at Doug Mitchell Thunderbird Sports Centre. Despite a valiant effort by the Dalhousie University Tigers, they were edged by the reigning champions the Carleton University Ravens 76-66. Carleton will now face the University of Calgary Dinos in the final, who upset the number one seeded Ryerson University Rams by a score of 98-87.

The game between Dalhousie and Carleton was a low-scoring affair due to both teams’ defensive style of play. The teams seemed evenly matched in the first half with the halftime score being 24-23 for Carleton. Sven Stammberger hit a couple three-pointers and a 6-0 by the Tigers at the end the half gave the Dalhousie little hope of a comeback.

Unfortunately for the Tigers, Carleton’s lead slowly slipped out of their reach as the third quarter went on. Carleton’s defence really stepped up in the second half and were able to keep the Tigers at bay. On offence, Carleton forward Ryan Ejim’s 20-point performance was a difference maker. Despite an explosive second half effort by Kashrell Lawrence, who earned 18 points on the night, the margin was too large to overcome and Dalhousie was ultimately defeated by the defending champions by a score of 76-66. 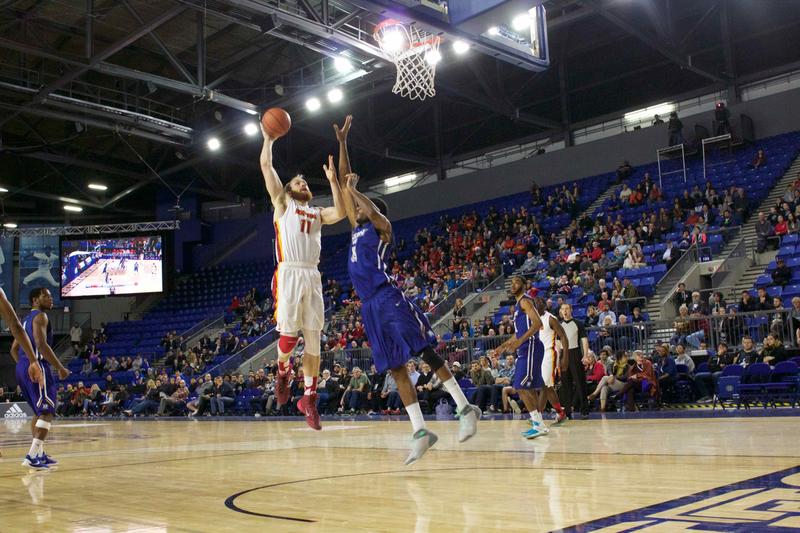 Due to the offensive style of play of the Calgary Dinos and Ryerson Rams, the second semifinal matchup featured an exciting end-to-end high-scoring affair. Calgary’s Thomas Cooper was phenomenal, registering a whopping 30 points.

“[Cooper] is a leader, he’s confident and he brings that level of confidence to the other guys,” said Dinos head coach Dan VanHooren.

With Cooper, David Kapinga and Jasdeep Gill all scoring more than 20 points, the Dinos were able to get by the Rams with ease. Incredibly, they went 12-25 at the three-point line, compared to Ryerson’s dismal 6-39. Although the Rams did manage to get within five points halfway through the fourth quarter, Calgary’s offensive prowess proved too much to handle for the Ryerson defence as the Dinos took the game 98-87. Now having to face a team that hasn’t fallen short of the title since 2010, VanHooren emphasized the importance of improving his team’s defence.

The University of Calgary will be looking to capture their first CIS title against the heavily-favoured Carleton University at 5:30 p.m.