Capturing the Captains Cup: UBC and SFU face off in first game of inaugural tournament 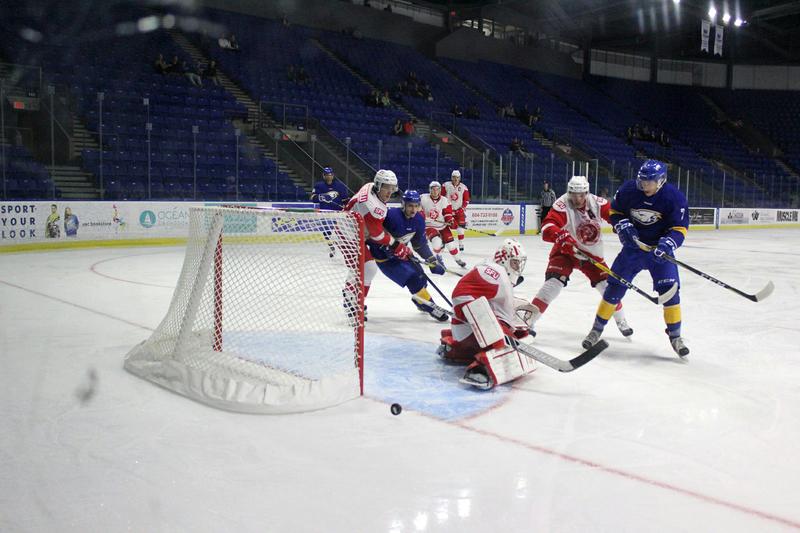 The ’Birds continue their hunt for the cup on September 30 when they face Trinity Western University back at Doug Mitchell Thunderbird Sports Centre. Matt Langmuir

On September 15, UBC men’s hockey faced the SFU Clan in the first game of the inaugural Captains Cup. The 'Birds defeated their Lower Mainland rivals 8-3 with 13 different T-Birds getting on the scoresheet, as explained by UBC Athletics.

Despite giving up the lead twice, UBC came out with a strong third period to beat their cross-town rivals, scoring five goals in the final 20 minutes of the game. 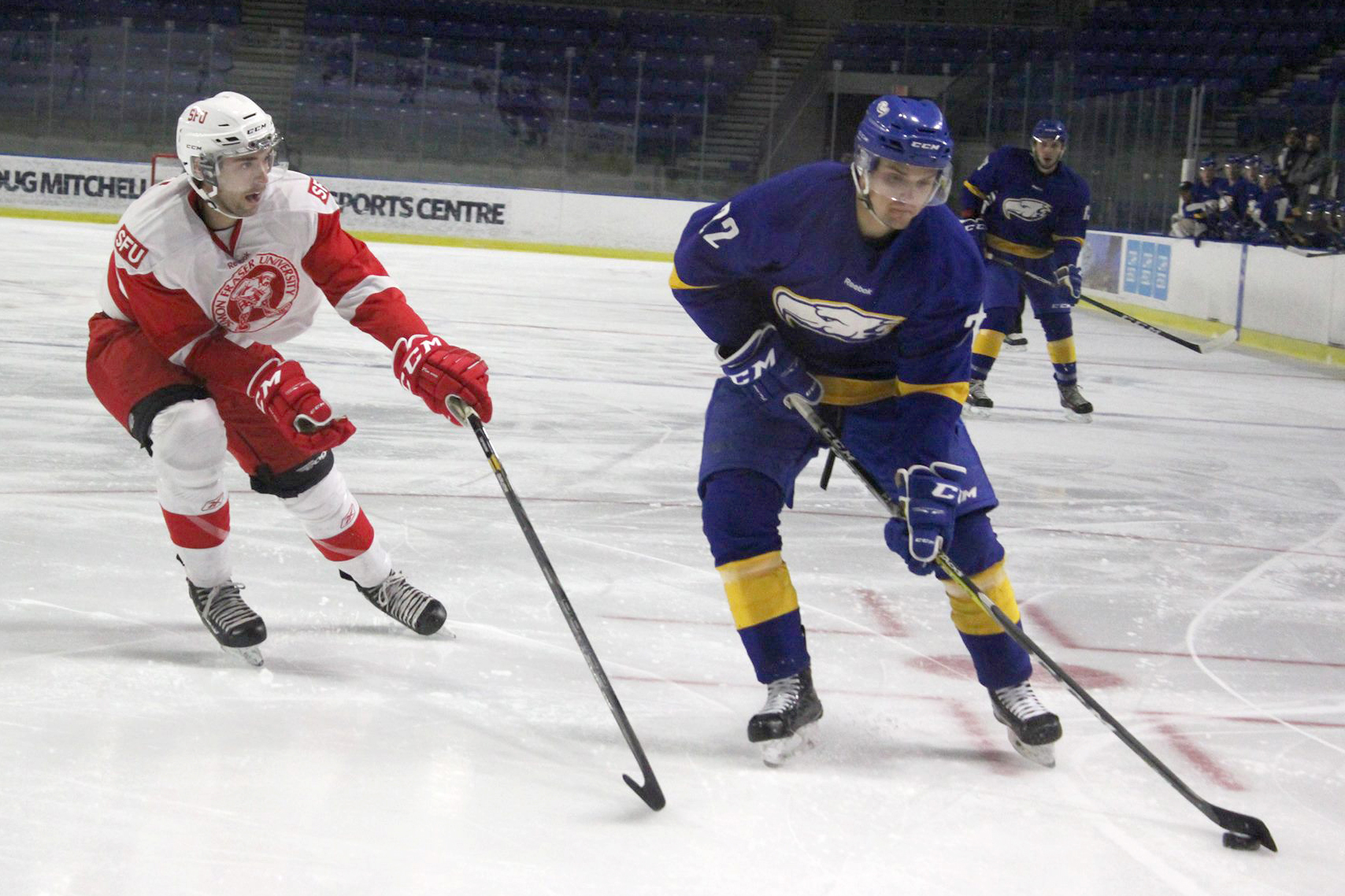 Chase Clayton controls the puck on the left wing. He scored one of UBC’s eight goals on the night. Matt Langmuir 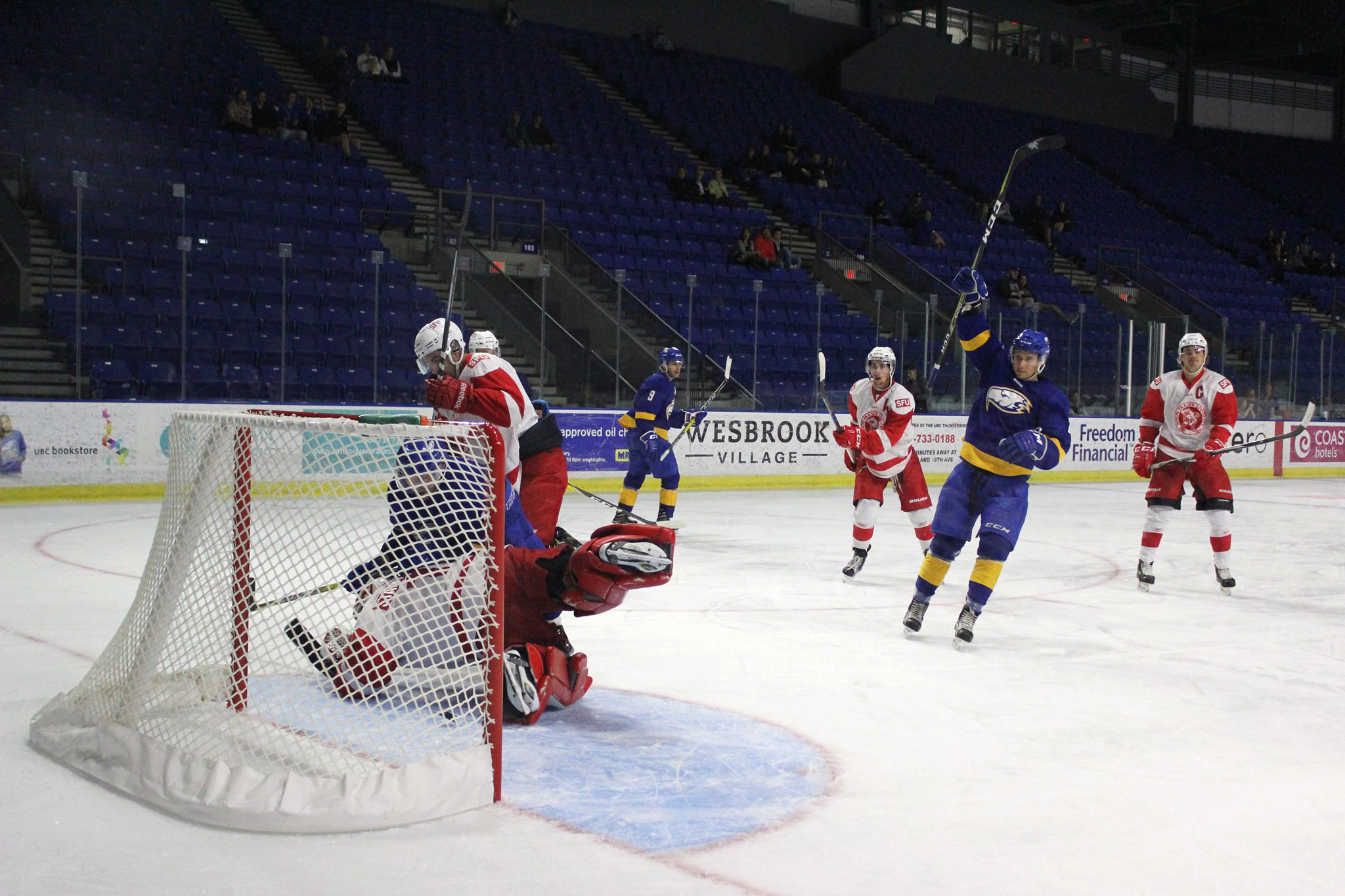 Riley Guenther scores from the slot to open the scoring in the game. Matt Langmuir 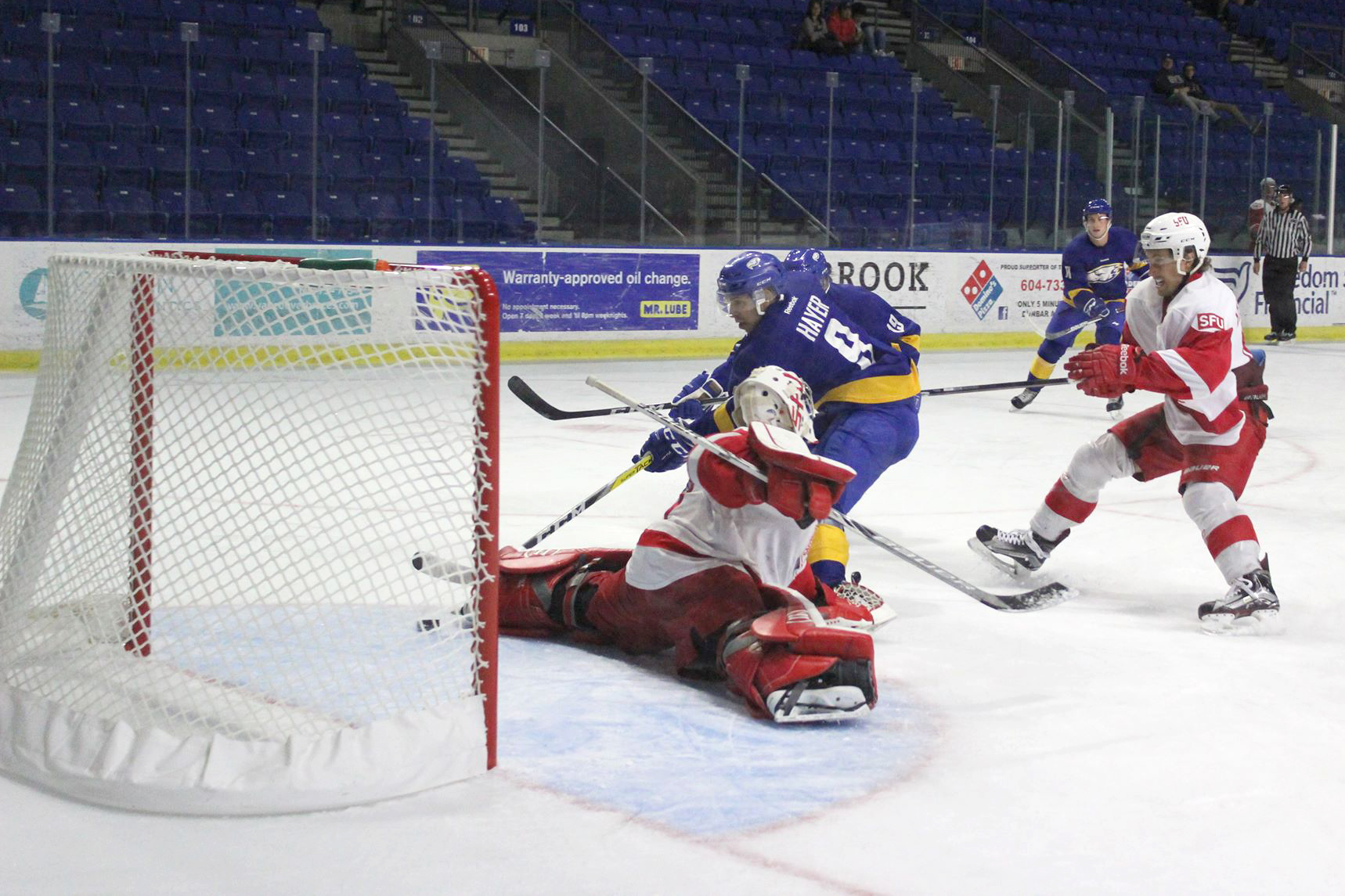 Manraj Hayer undresses Lyndon Stanwood to get the ’Birds back on track in the third period. Matt Langmuir 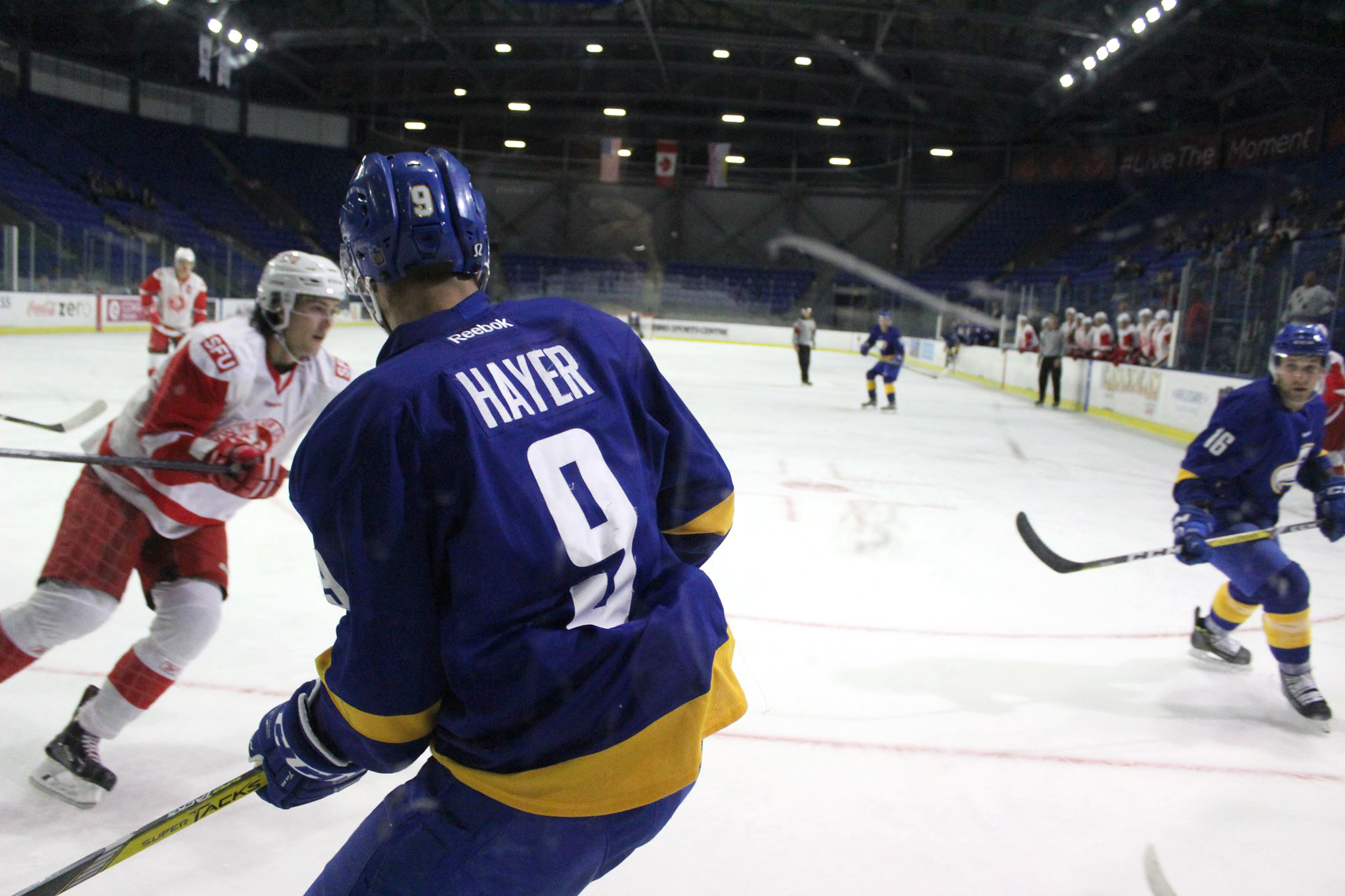 Hayer, now in his fourth year of eligibility with the T-Birds, scored twice in the game. Matt Langmuir 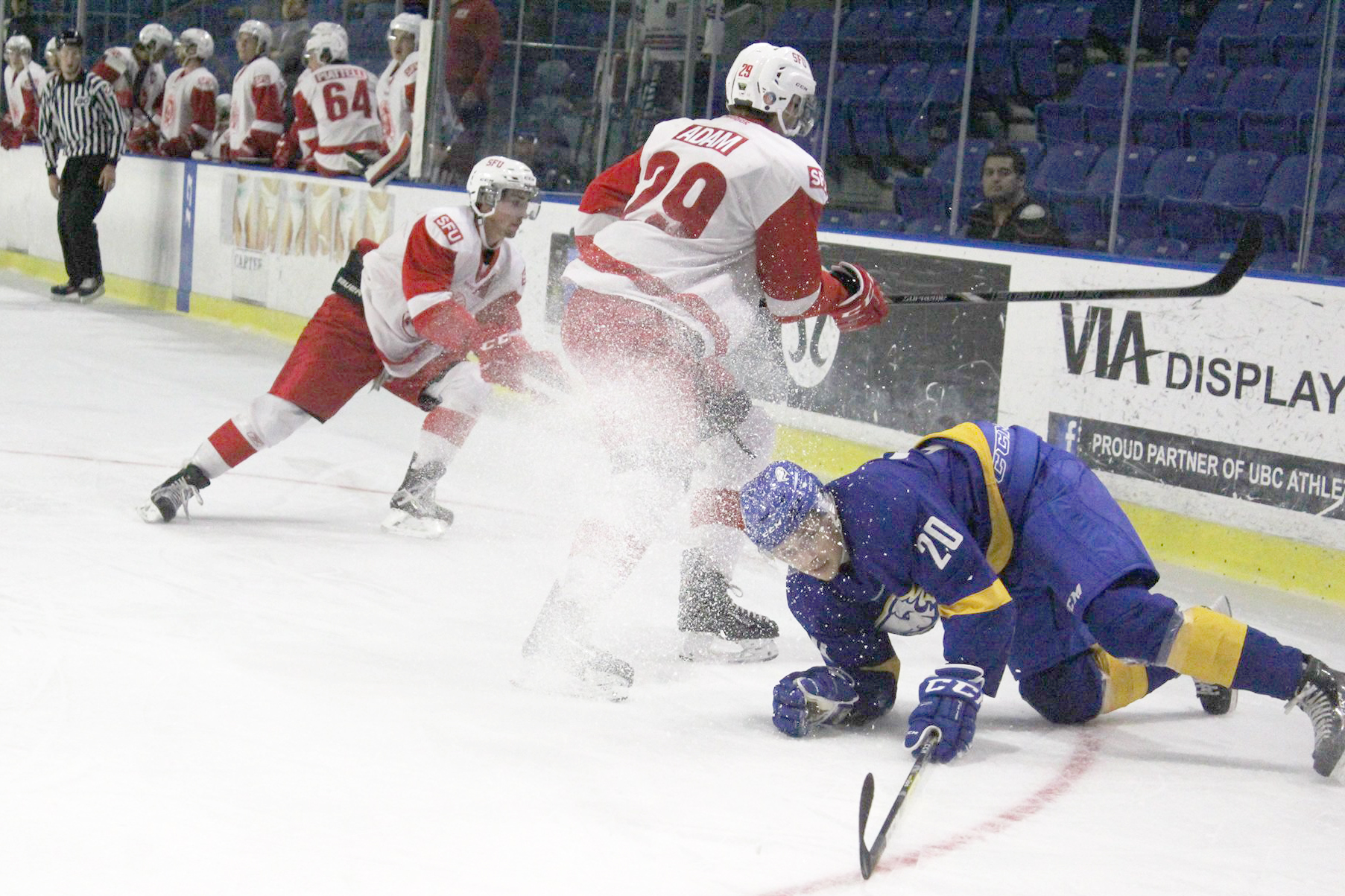 Austin Glover is tripped deep in the SFU zone. The UBC rookie came back to join the team for the game after a stint with the Edmonton Oilers rookie camp. Matt Langmuir