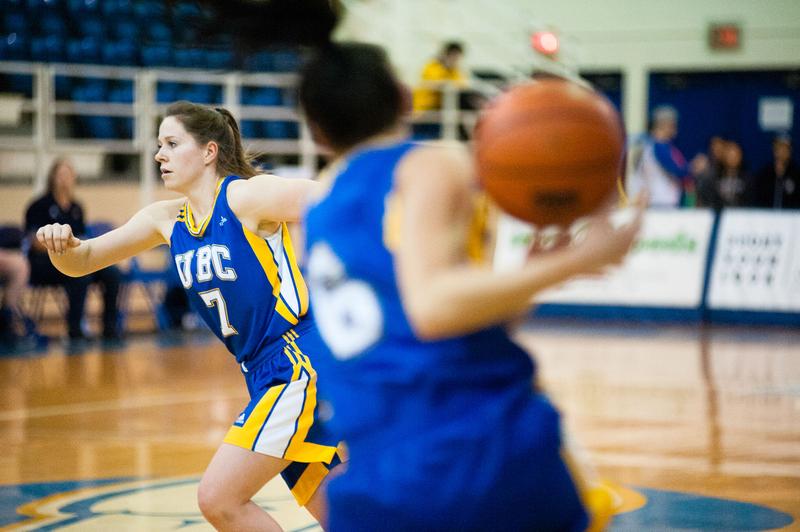 Both teams shut out the Spartans at War Memorial Gym. File Patrick Gillin

This past weekend saw a truly special occurrence grace the court of War Memorial Gym not once, but twice.

Huband is a few more ahead, her 338th regular season victory leaping her over former University of Victoria Vikes long-time coach Kathy Shields. 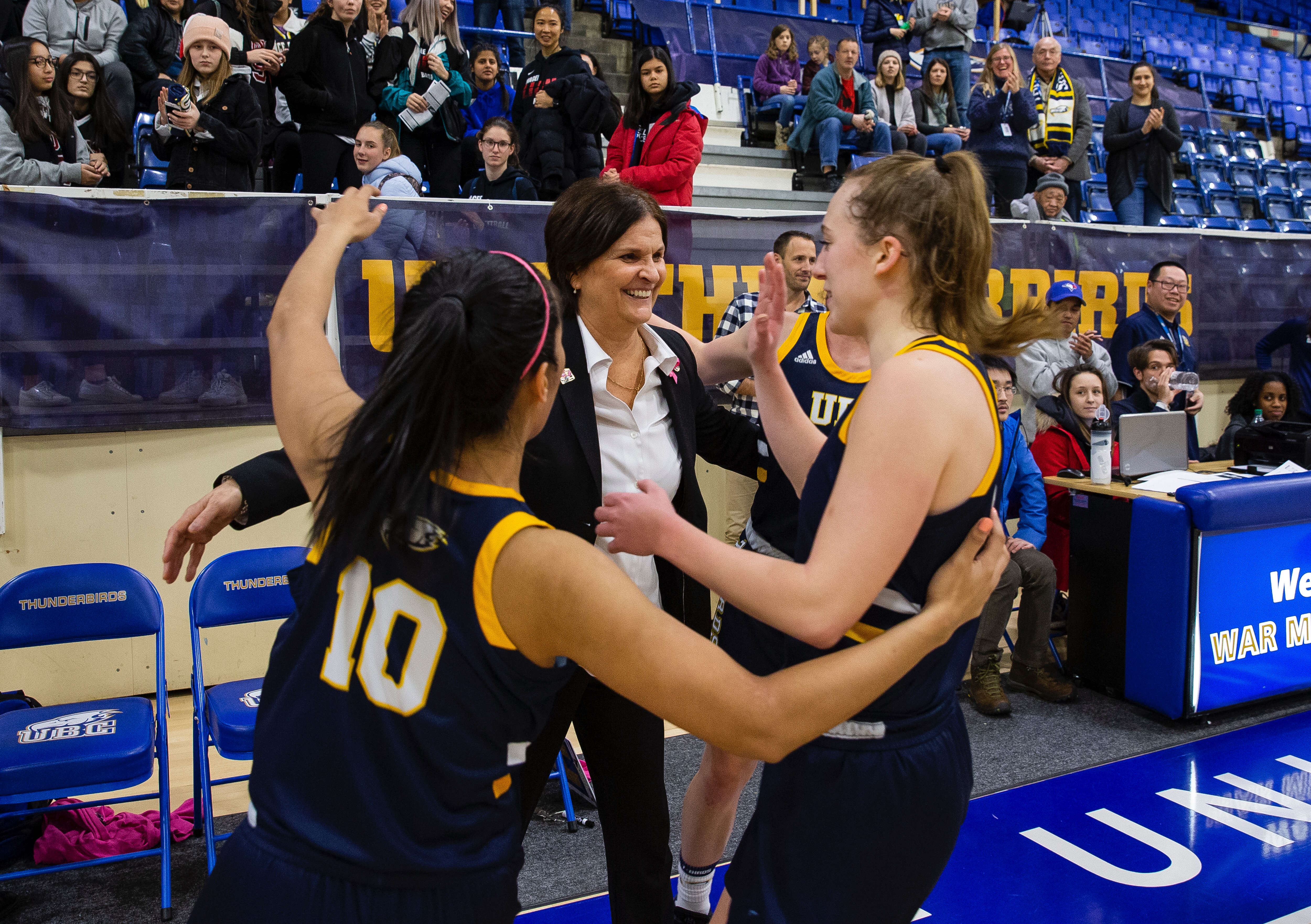 Both occasions came with wins over the visiting Trinity Western University Spartans.

Thursday’s men’s game was a tightly contested game, with the Thunderbirds and Spartans trading the lead going into the final minutes of the game.

The T-Birds took advantage of a staggering 52 free throw attempts to eventually take the game 109–102 and give coach Hanson his Canada West record-breaking win. Saturday saw the Thunderbirds take care of the Spartans a bit more easily, taking the home win 124–94 and improving to 11–3 in Canada West play. 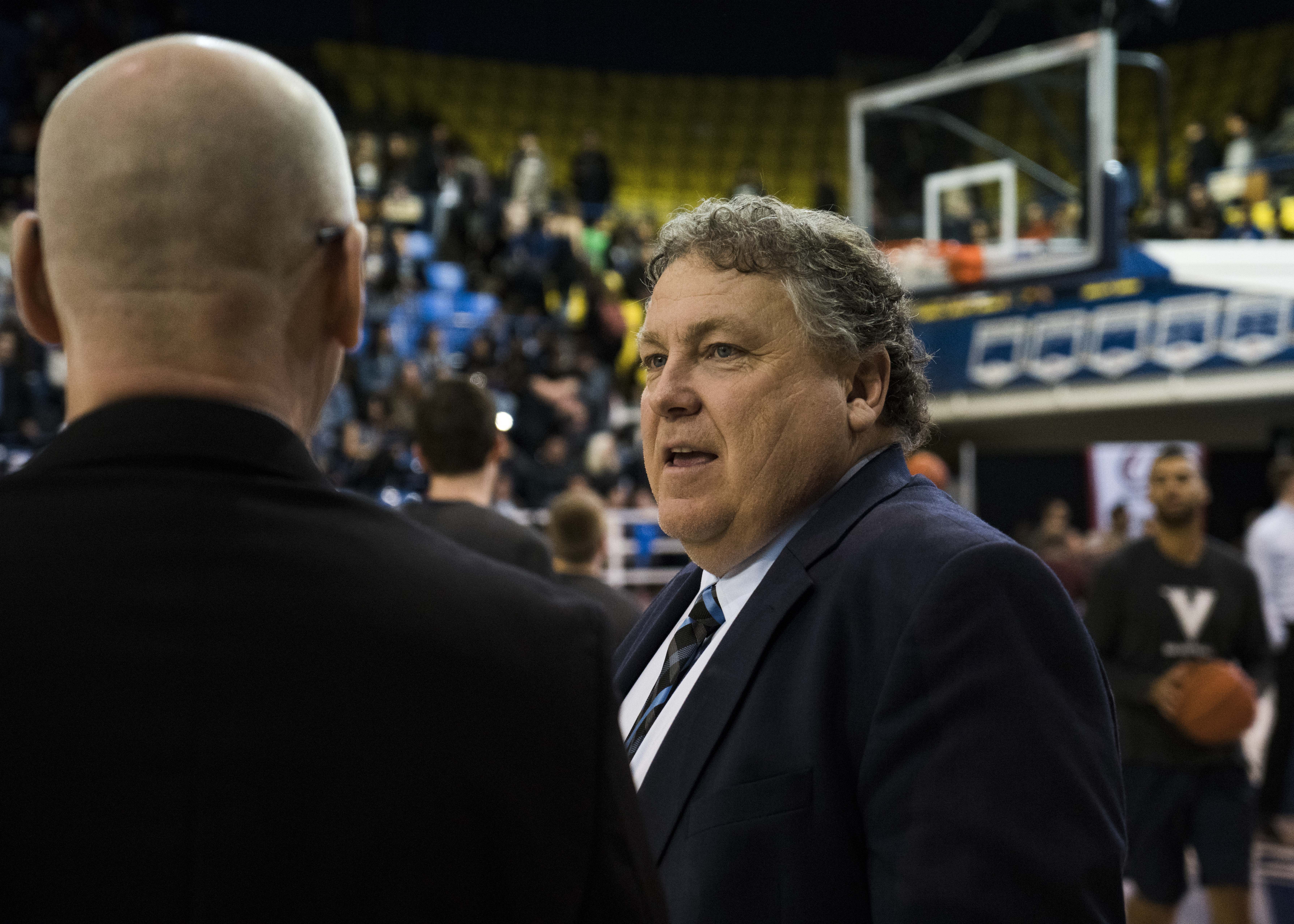 Coach Kevin Hanson has been at UBC for 19 seasons. File the Ubyssey

Meanwhile, Huband’s squad dominated the Spartans all weekend. Friday’s game, which was also the annual Shoot for the Cure game in support of the Canadian Cancer Society, saw the T-Birds down the Vikes 95–58 led by a 24-point performance from veteran guard Jessica Hanson.

Saturday’s record-breaking game had the Thunderbirds dismantle the Spartans 100–57, improving to a 10–4 Canada West record on the season and securing fourth place in the conference ahead of the University of the Fraser Valley Cascades. Both teams will now prepare for a home-and- away Legends Cup series against rivals Victoria this weekend.