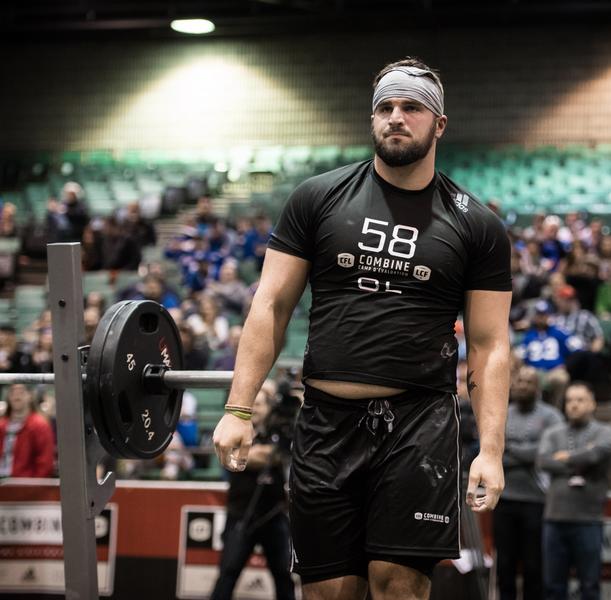 Standing at a daunting 6’5”, Thunderbird offensive lineman Dakoda Shepley steps up to the barbell at the 2018 CFL Combine in late March. He braces and starts his reps — ending on an impressive, event-topping 27 reps of 225 pounds on the bench press.

Just a few days earlier, the 23-year-old impressed at the East Michigan Pro Day in front of NFL scouts.

His hard work paid off. Though he didn’t get his name called in the 2018 NFL Draft, Shepley signed a three-year rookie undrafted free agent deal with the NFL’s New York Jets anyways on Saturday evening.

He heads to New York this week for rookie minicamp before the Jets main training camp in August. That said, his rights are still available for selection in the CFL Draft in May, where he was expected to go in the first round before signing with the Jets.

“It was a little strange for me, being the centre of attention. I had some idea of what my standings were, from the draft, and how I was being recruited from other teams. I had no idea that I would be the centre of attention as much as it was. It was a lot more fun for me,” Shepley said of his time in the spotlight at the Combine and the Pro Day.

Though he is still a few credits shy of finishing his degree, Shepley has been focusing on making it in the pros — evident through his commitment to training since the T-Birds finished their playoff run in November.

“I was training in Michigan, so I was driving an hour and half one-way from Windsor. I’d wake up around 5:45 a.m., have breakfast — have some kind of a shake, drink coffee — and then hit the road. I’d get there, start working around at 8:30 a.m. and be at the gym till about 2 p.m. or 3 p.m. Recover, drink a shake, stretch out, go home. From there, I’d just relax.

With combine training, you can’t even sip a beer,” Shepley said, laughing.

Excited to get to work as a New York Jet! #JetUp

His worked evidently paid off, and it all follows a successful career with the UBC Thunderbirds.

Shepley lived his entire life in Windsor, Ontario, before moving out West to play for the ’Birds — a shift from the norm in the Canadian border city.

For the T-Birds veteran, it was an easy decision once he got to campus.“Right away when I got [here], I wanted to go,” he said.

He hasn’t looked back, and neither have the T-Birds. 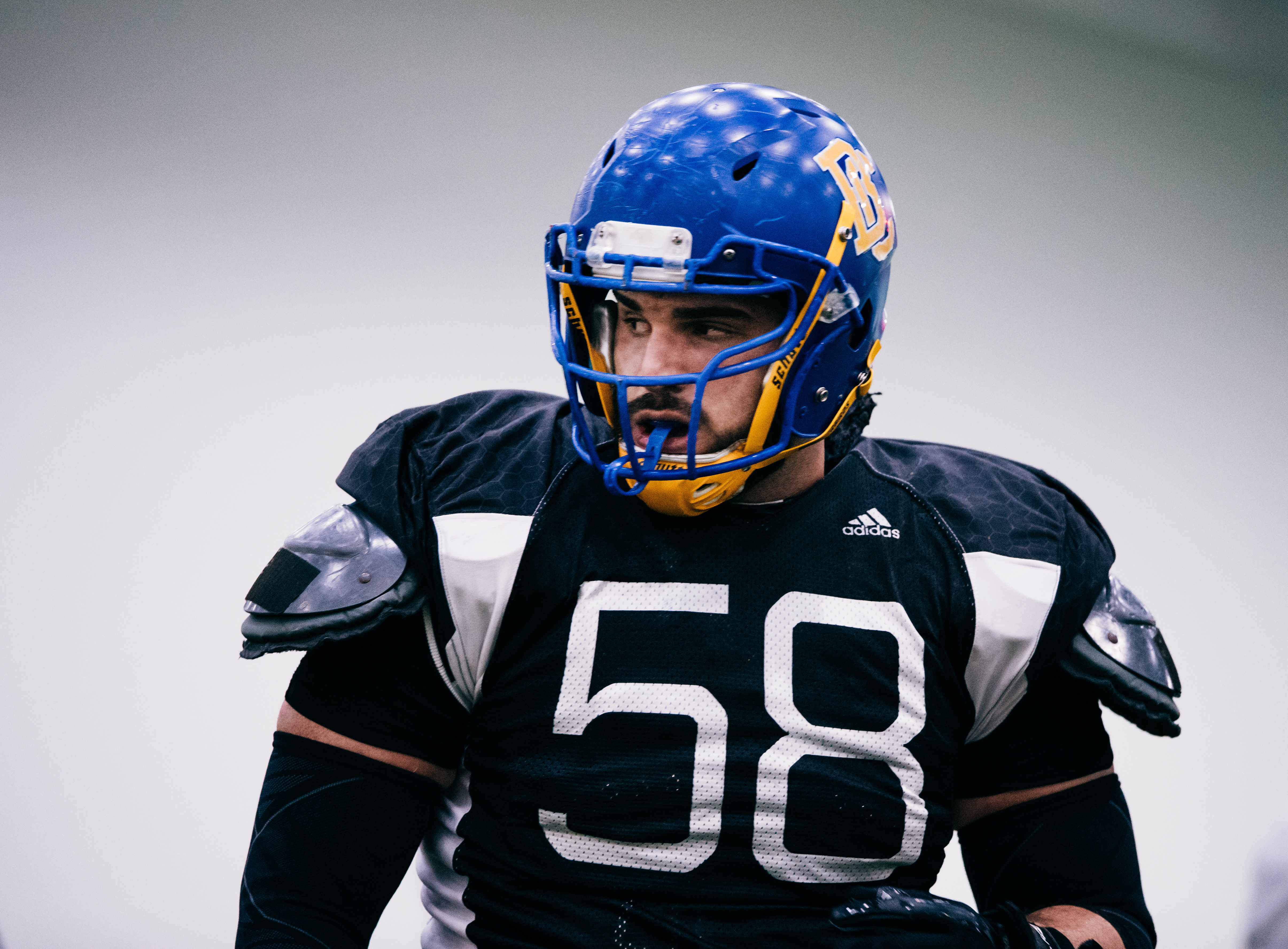 The years at UBC have held some major milestones for the fourth-year student, though the 2015 Vanier Cup was by far the highlight of his years on the roster. Beating Calgary in the 2015 Hardy Cup was a close second, too.

“We beat [Calgary] and we beat them when it counted, so it was even sweeter. We train all year, and it had been three years of losing to them before that. When you finally get [the win], it’s like playing a level on a video game when you keep losing and you finally get it, you never have to do it again,” Shepley said, laughing.

And while tough games like the Vanier Cup or Calgary matchups can wear on him, Shepley lives by the motto of letting go and moving forward.

“You’ve gotta have a short term memory in football … from play to play. If you mess up on one play, you’ve got to forget about it because there’s another play coming. It’s the same with games — just on a grander scale. It’s really influenced my life that way as well, if it’s out of my control then it’s not going to stress me out anymore. “

He does swear by one particular pregame ritual, too, to keep himself collected and focused.

“I just like being early. I get to the stadium before the coaches and just sit there. I hate being rushed, so it’s the only pregame ritual I have. I’m easily there at least three hours early. I’ll be sitting in the locker room, have a coffee or two and just relax. I just like to be in the environment as long as I can.”

And it looks like he will have even more time to embrace the football environment, now that the pros have come knocking.