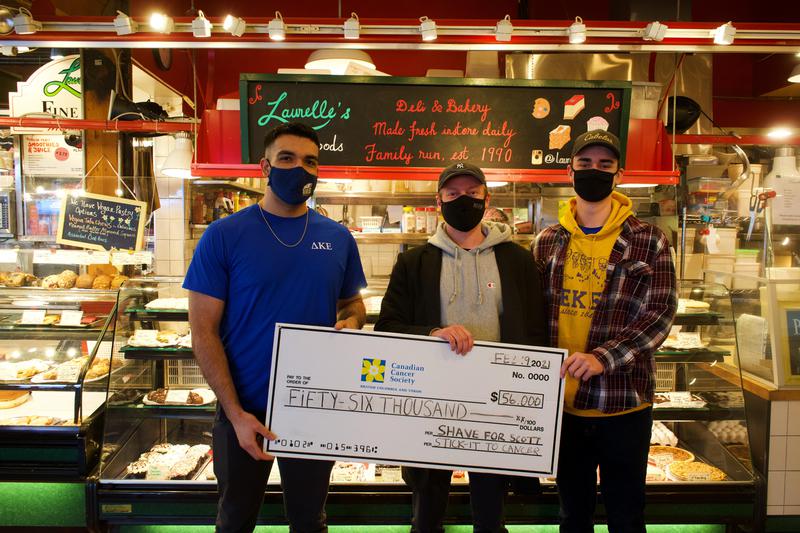 “I'm still kind of shocked. I did not expect us to kind of get this far with the way we have.” Courtesy DKE

Every year from 2012 through 2019, UBC’s chapter of Delta Kappa Epsilon (DKE) has hosted the Stick it to Cancer Ball Hockey Tournament, which has honoured former member Scott Trapp since 2015. This year, the campaign raised $56,370 for the Canadian Cancer Society — a record high.

Eleven brothers shaved their heads, and five brothers sent their hair to Wigs for Kids. Stick it to Cancer/Shave for Scott is a student-led fundraiser for the Canadian Cancer Society and has raised a total of $323,000 since its inauguration in 2012.

“I'm still kind of shocked. I did not expect us to get this far with the way we have,” said the chairman of Stick it to Cancer Chayanne Khodabandeh, a fifth-year Kinesiology student who joined DKE in 2018 and was elected chairman of the event in 2019.

“Our goal this year was not to raise a substantial amount of money, it was just to create a higher level of awareness for cancer research.”

Although none of the current members of DKE knew Scott personally, as Trapp lost his battle with cancer at the age of 20 in 2014, his presence is still largely felt in the chapter. Current DKE members often connect with alumni, who all describe him as a very caring and generous person, and Scott’s parents also meet with the fraternity each year (over Zoom, this year).

“He’s an inspiring character … [and] myself, personally, I do not think I would have been able to do any of this without that kind of inspiration,” Khodabandeh said.

Normally, the DKE brothers will fundraise for about six weeks leading up to the event, reaching out to corporate sponsors, family and friends. Then, on the day of the event, the fraternity rents out the parking lot by the Life Building, turns it into six or seven courts, and welcomes both men’s and women's teams from all across the Vancouver and Fraser Valley area. 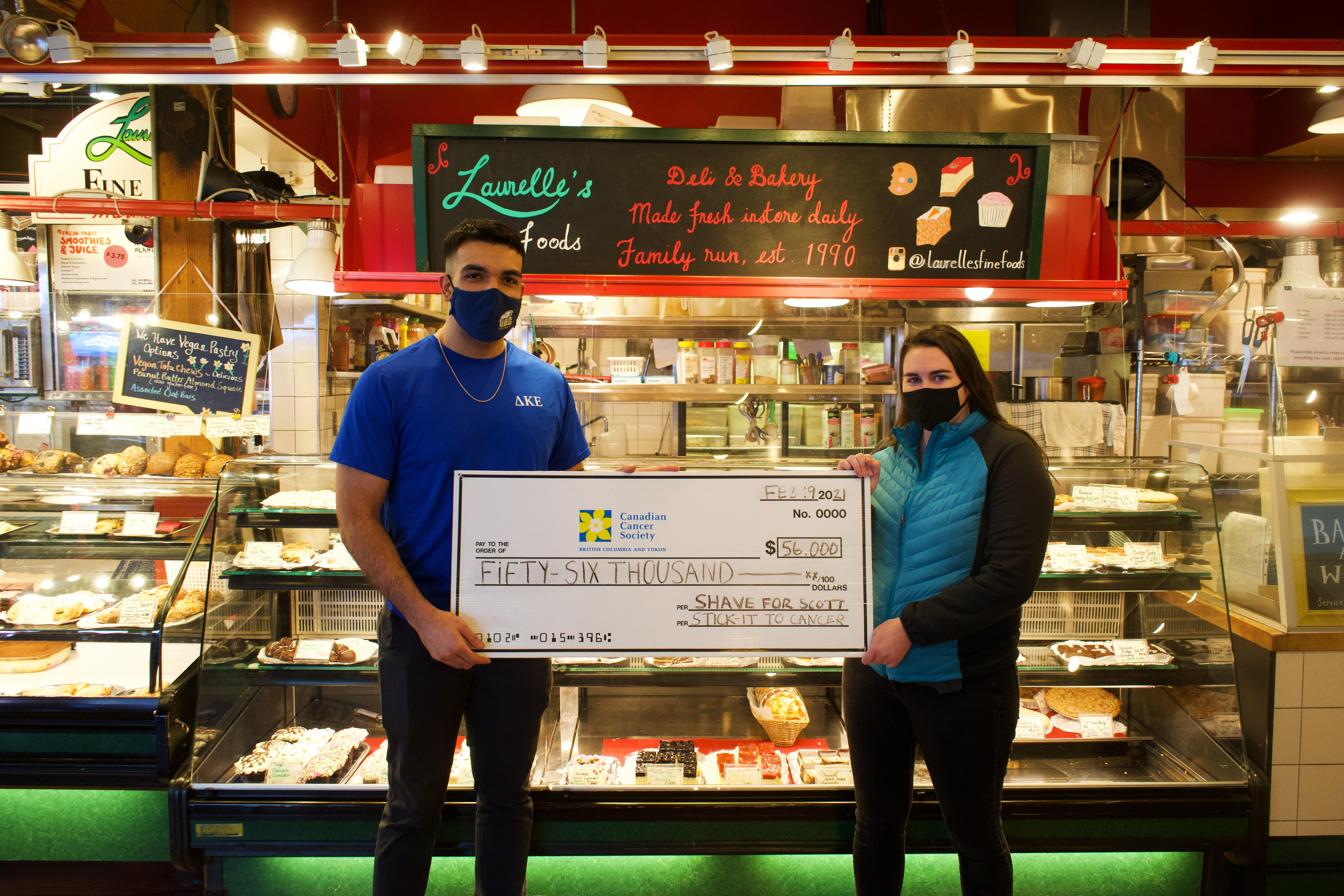 “Planning this event has been a lot of work." Photo courtesy DKE

After last year’s tournament was cancelled due to the pandemic, Khodabandeh knew that the event would have to look very different this year.

“Last year ... the time we went into lockdown was about ten days before our Stick it to Cancer event was supposed to start,” said Khodabandeh.

“Because of the short notice, we had to pull the plug for the safety of everyone.”

For this year, instead of a ball hockey tournament, Khodabandeh and DKE organized the Shave for Scott campaign, in which members — voted on by their brothers — shaved their heads upon reaching a fundraising goal, which created an interactive model.

“Planning this event has been a lot of work,” Khodabandeh said.

However, Khodabandeh noted that he cannot take all the credit for the event. “I only raised a certain amount and I [could] not have planned this without my chapter,” Khodabandeh said.

“The idea really took off with our guys; [Something that really took off] was the idea of, ‘we want to be able to share the story of Scott Trapp because a lot of people don't know who he was.”

Though this year’s event was originally intended as a substitute for Stick it to Cancer, Khodabandeh hopes that future event chairs will also implement Shave for Scott in the weeks leading to the event.