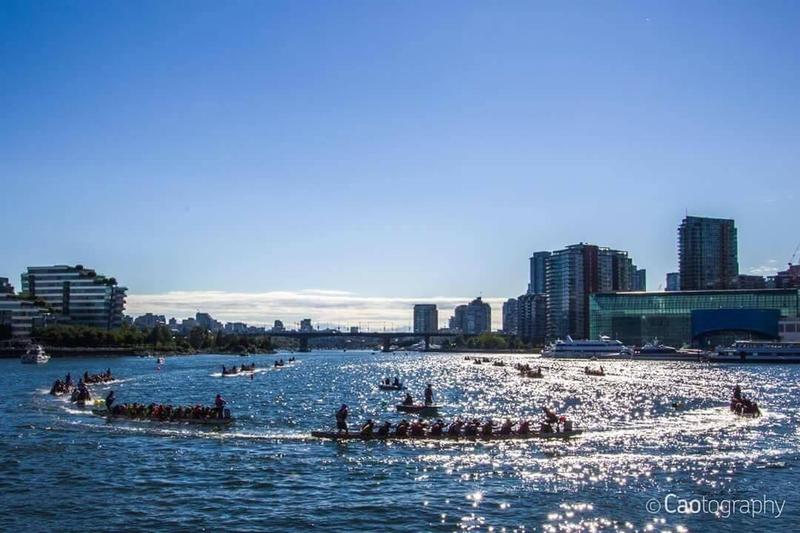 On June 18, members of UBC’s dragon boat team, UBC Thunder, participated in the first day of races at the annual Concord Pacific Dragon Boat Festival. Lower mainland teams were joined at False Creek by others from around the globe to celebrate a weekend of dragon boat racing. The festival involved live music and vendors for nearly 200 teams in attendance.

At the closing of Saturday’s race day, the UBC Thunder had their women competing in their Guts & Glory 2,000 metre event. The 14 participating teams raced from Science World to the Cambie Street Bridge and back. On their way there, a chartered yacht interrupted the course despite the area being marked for recreational use for the weekend.

“It was dangerous for the paddlers and those who were on the boats,” said Andrea Ho, a member of the UBC team watching the incident. “I was pretty worried and upset about it.”

Another member of the team participating in the race, Alison Lim, said, “Our team felt that the boat operator interrupted the race out of spite even though the race officials had given them a warning that the race was in progress.”

With the safety of the racers at stake, water safety teams responded immediately by stopping the race to alert the boat of its intrusion. Incoming boats were expected to remain west of the Cambie Street Bridge or otherwise yield to any non-motorized vessels. The dragon boats were halted and directed back to the beginning after finding their course blocked.

Footage of the incident has since been sent to police for further investigation. A charter yacht disturbing a hand-paddled boat’s path violates Canadian Shipping Regulation dictating that it is the job of the more maneuverable vessel to make way.

The dragon boats themselves were released from the starting line in ten second intervals in order to avoid congestion. It is the fastest time that determines the winner of the women’s 2,000 metre Guts & Glory, not the first to cross the finish line.

Despite the interruption, UBC Thunder managed to place third in the race after it was released.

“I think I speak for all of our women when I say that I couldn't feel prouder of how far we've come as a team,” said Lim.

“It’s a sport that involves everyone, and there's always encouragement and feedback amongst the team,” added Ho. “After a week or two of practices, you’ll already feel like you belong to a family.”

The UBC Thunder practice three times a week at False Creek. Lim agrees that it is a good way of getting involved in university athletics since exercise can sometimes be neglected from a busy schedule.

“We train together on the water as well as in the gym, and we have fun with it too,” said Lim. “I can easily say that joining UBC Thunder was one of the best decisions that I've made during my post-secondary career.”