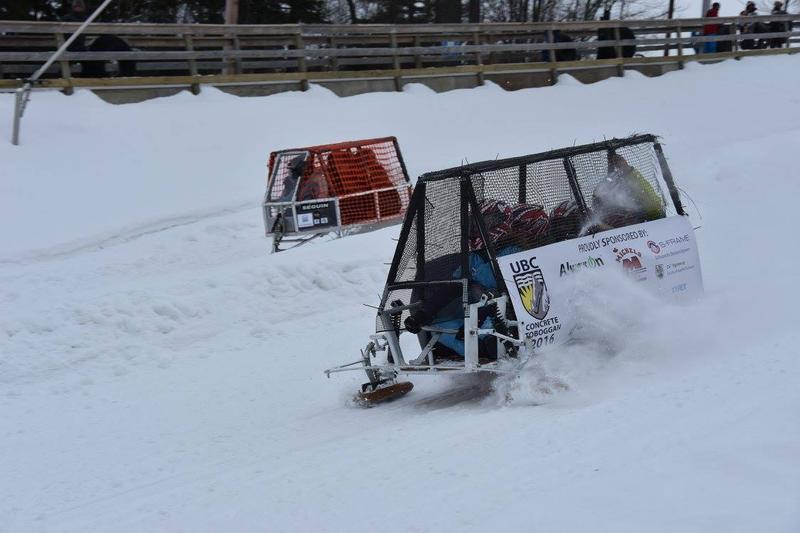 What do engineers do for fun? They race down ski hills in toboggans made of concrete.

After five days of tough competition, the UBC team was awarded second overall.

“When they announced [the results], I think we were just all just shocked and super excited. It’s still kind of mind blowing that we finished that high and did that well and that everything came together the way that it did,” said Sam McIlwain, the team's captain.

GNCTR attracts teams of engineers from universities all across Canada to showcase their toboggans in a five-day competition held in different Canadian cities each year.

“We design and construct a toboggan, the only restrictions really on the toboggan are that the running surface has to be made out of concrete. It has to have a roll cage, steering and working braking,” said McIlwain.

Over the course of the weekend, teams competed in an array of technical demonstrations, races and displays of spirit. Race day consists of three types of gruelling races that put the toboggans to the test.

“The first one is the slalom and that’s basically with three ski-fencing posts that you have to maneuver between. So on that run we did pretty well, didn’t hit anything and got to the bottom smoothly,” McIlwain explained. “The second one is just a drag race. That’s basically the faster you go, the better. You get points for how fast you go and that’s pretty much it. In each of those two races, how quickly you’re able to brake after the finish line you get points for as well.  The last race is king of the hill and that’s basically a head to head event where you get paired up and the fastest team moves onto the next race.”

McIlwain credits their success to a solid, growing team and the unbelievable support of the university. The team also received lots of help and support from a team of workers in the shop.

“This is the best finish we’ve had in probably about 15 years and I don’t know who was happier about it, them or us.”