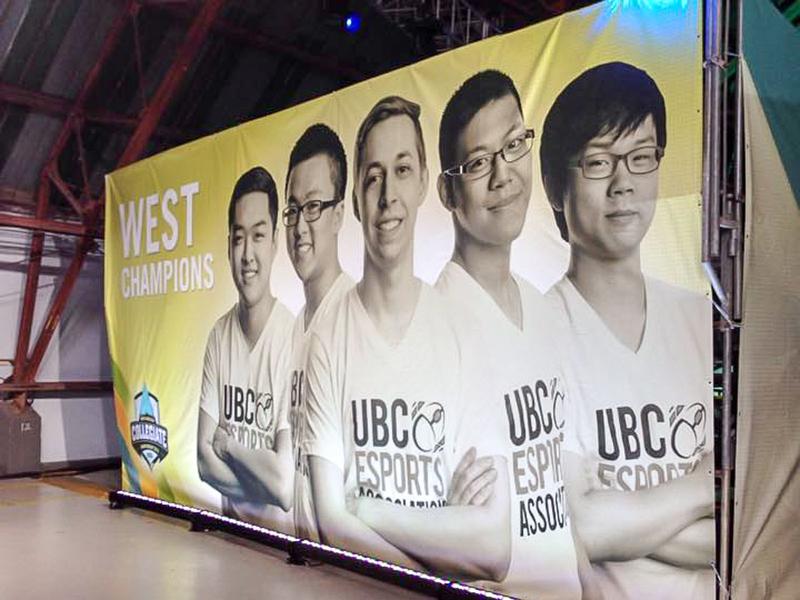 Last week, the UBC eSports Club finished off the uLoL Campus series by defeating Robert Morris University (RMU) in the grand finals and winning the $180,000 scholarship that came with the title.

This victory makes them the best collegiate team in North America, for the second time in a row.

The competition’s final four was scheduled on the weekend of April 22, and featured the best teams from all over North america: UBC, RMU, Georgia Tech and the University of Maryland. UBC came away with a 3-0 win against Georgia Tech in the semifinal and then faced RMU, a school from Chicago, Illinois in the final for the second time.

The two victories are even more remarkable considering that RMU offers more support to its teams in the form of scholarships. The university was the first United States school to offer scholarships to students for competing in eSports. This is a contrast to UBC, where the team was prohibited from using the Thunderbird name and logo at tournaments.

“The AMS student society is giving us a lot more support. They are helping us get practice rooms in the Nest and so that’s something that is going to be done really soon, in a month or two, so we’ll be ready for fall,” said Carman Lam, the team’s manager. “But for the UBC administration, they haven’t really said anything more but they did show some support over social media.”

While the NACC was rebranded as the uLoL Campus Series this year, and scheduled during PAX East, one of North america’s biggest gaming conventions, the two are essentially the same thing.

“So there’s other activities and lots of booths and vendors going on at the convention as well as this tournament,” said Lam, who is also a co-founder of the UBC team.

The tournament has a single elimination qualifier for each region, which any team or student can register for to compete in. The eight teams that qualify then make up each region’s conference, and then the top four teams from each conference compete in a single elimination playoff. The western playoffs had UBC go head-to-head against University of Washington in the semifinals and then their regional rivals Simon Fraser University (SFU) in the west regional final before advancing to Boston as the west champion.

Surprisingly, for Lam and the team’s coach Simon Jeon, the team’s biggest hurdle on their campaign was not any of the final four teams that they met at Boston. It was SFU.

In the greater scope of things, these championship wins signal to the rest of the university that the team plays at a high level of competitiveness and with a large amount of talent, and they serve as evidence for why the team should be taken seriously.

"I think all the players just wanted to show that they are the best collegiate team in North America and that its not through any luck or anything else that got them that far last year,” said Lam. “So if we could do it again this year, without the administration’s support, it's all based on the team’s efforts.”