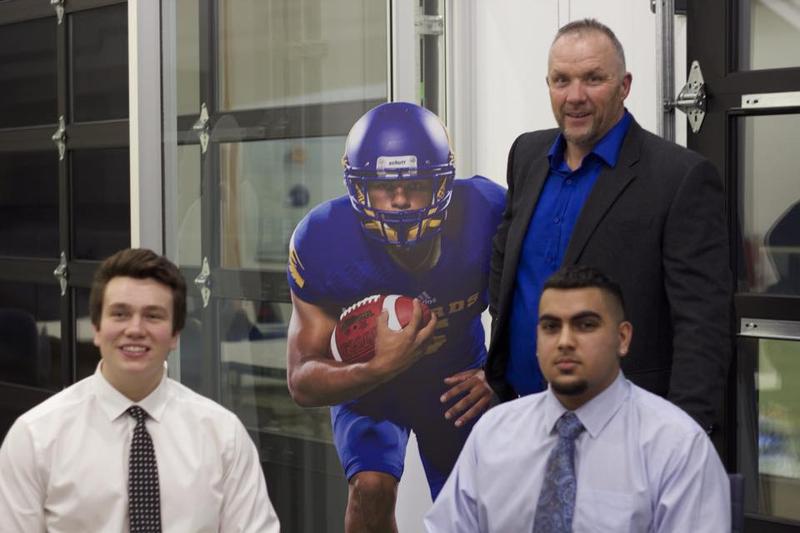 Among the recruiting class are offensive and defensive linemen Jagroop Sandhu and Ryan Von Ende from Vancouver College and North Delta Secondary School, respectively. Despite receiving offers to play in the United States, the two young men decided to pursue their football dreams in their hometown.

“These two young men were recruited nationally and in some cases down in the United States,” said Blake Nill. “To keep them in Vancouver was important for us. I look forward to five years may be of good experience and a good relationship.”

Sandhu claimed that his family and the team’s prestige were the main reasons he chose to stay in Vancouver.

“Obviously the football speaks for itself — defending national champs,” said Sandhu when asked why he chose UBC. “It’s one of the best schools in Canada and I think that the kicker was being able to play in front of my family and stay home.”

Moreover, Sandhu believes he can add speed to the Thunderbird defence.

“I can move quicker than most people my size,” said Sandhu. “So I think I can bring that to the defensive line, which I know is not big in numbers right now.”

Von Ende, on the other hand, hopes his size and athleticism will get him the minutes he needs to thrive on the field. “I feel like I’m more of an athletic offensive lineman,” said Von Ende. “Just got to get bigger and hopefully get some play time next year.”

We will see Sandhu and Von Ende in action when the 2016 football season kicks off in August.