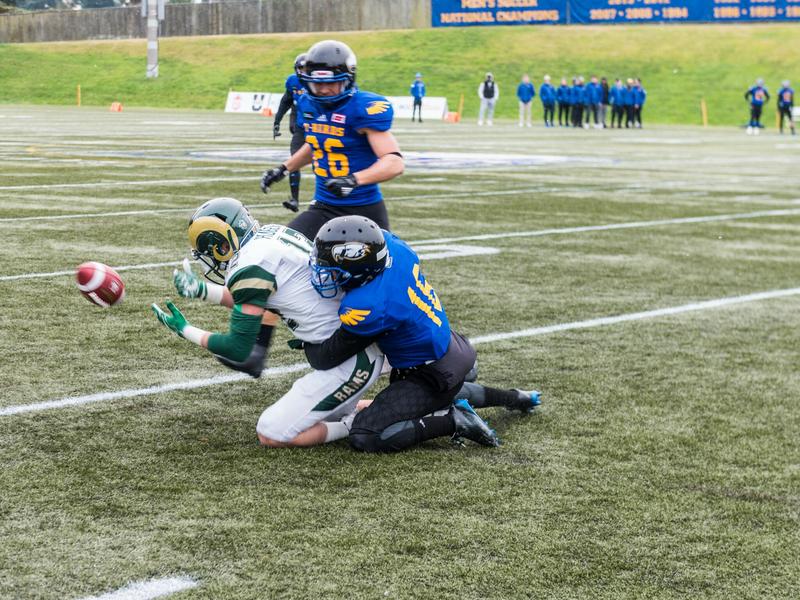 UBC took down the Rams once again on Saturday afternoon. Saman Shariati

After a back-and-forth match up against the Regina Rams this weekend, the UBC football team is headed to the Hardy Cup finals — they pulled out a 28-21 win to continue their playoff run.

“We survived it,” said UBC head coach Blake Nill. “[The Rams] did a good job most of the time. You’re looking at a program with quality athletes and quality coaching.”

It was also the ’Birds’ second straight win against the Rams. Last week, UBC defeated Regina 44-15 in their final regular season game. 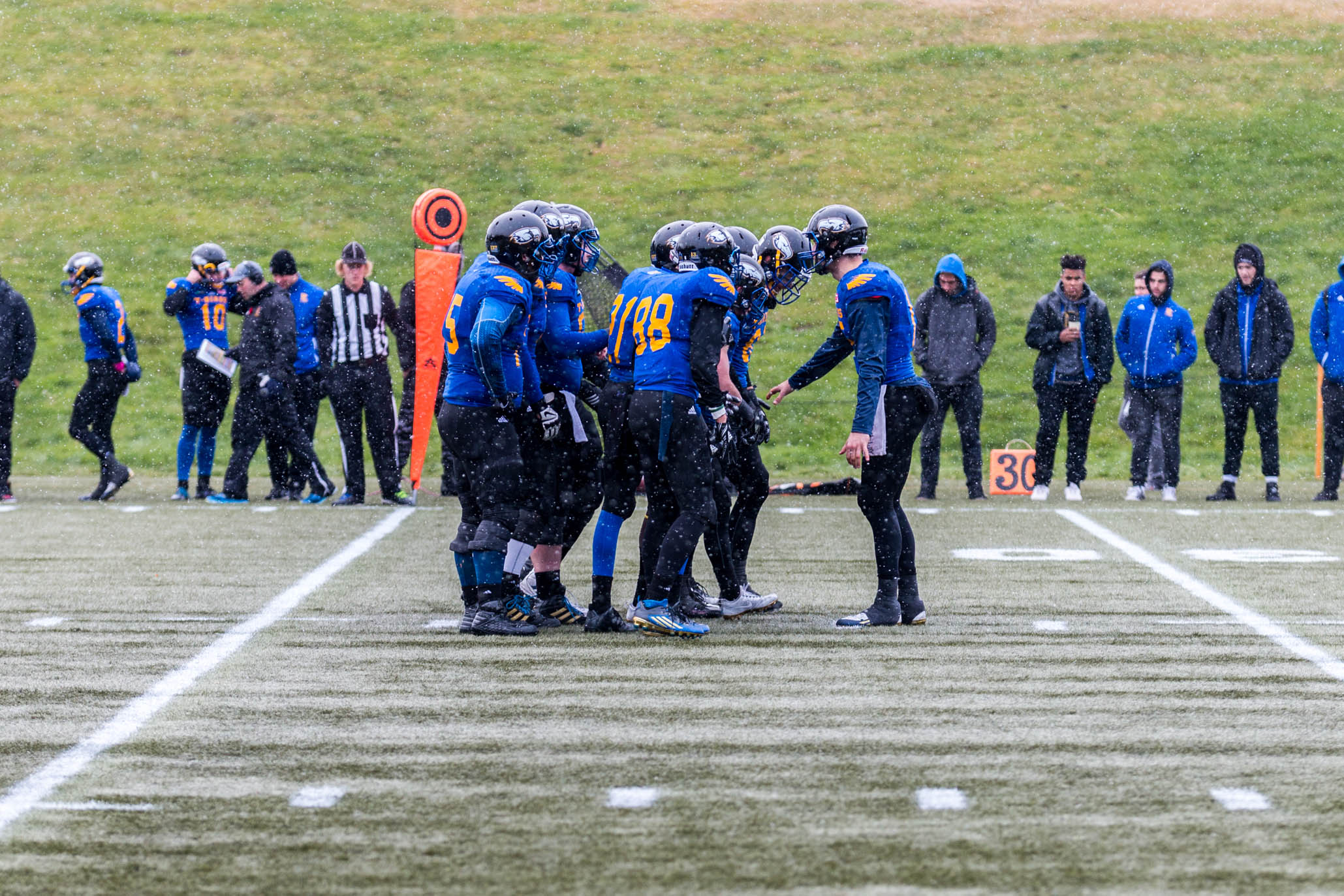 “We deserve a lot of credit for beating them two times in a row. That’s a feat and we’re going to remain positive with that,” said Nill.

Regina was first to get onto the scoreboard early in the game with a team safety, until UBC responded with a 66-yard play by receiver Alex Morrison for the first touchdown.

Only minutes after his first touchdown, Morrison delivered again for the ’Birds, catching a four-yard reception from quarterback Michael O’Connor at the end zone. With a minute remaining, UBC got a safety during a Regina punt, taking a 16-2 lead by the end of the first frame.

At the start of the second quarter, the ’Birds picked up another touchdown, this time by receiver Trivel Pinto. Both teams then each recorded a field goal to make the score 26-5 in favour of UBC.

In the final seconds before halftime, UBC conceded another safety after picking up two simultaneous penalties that put them at their own one-yard line. One of those penalties went to star running back Ben Cummings, resulting in his ejection. 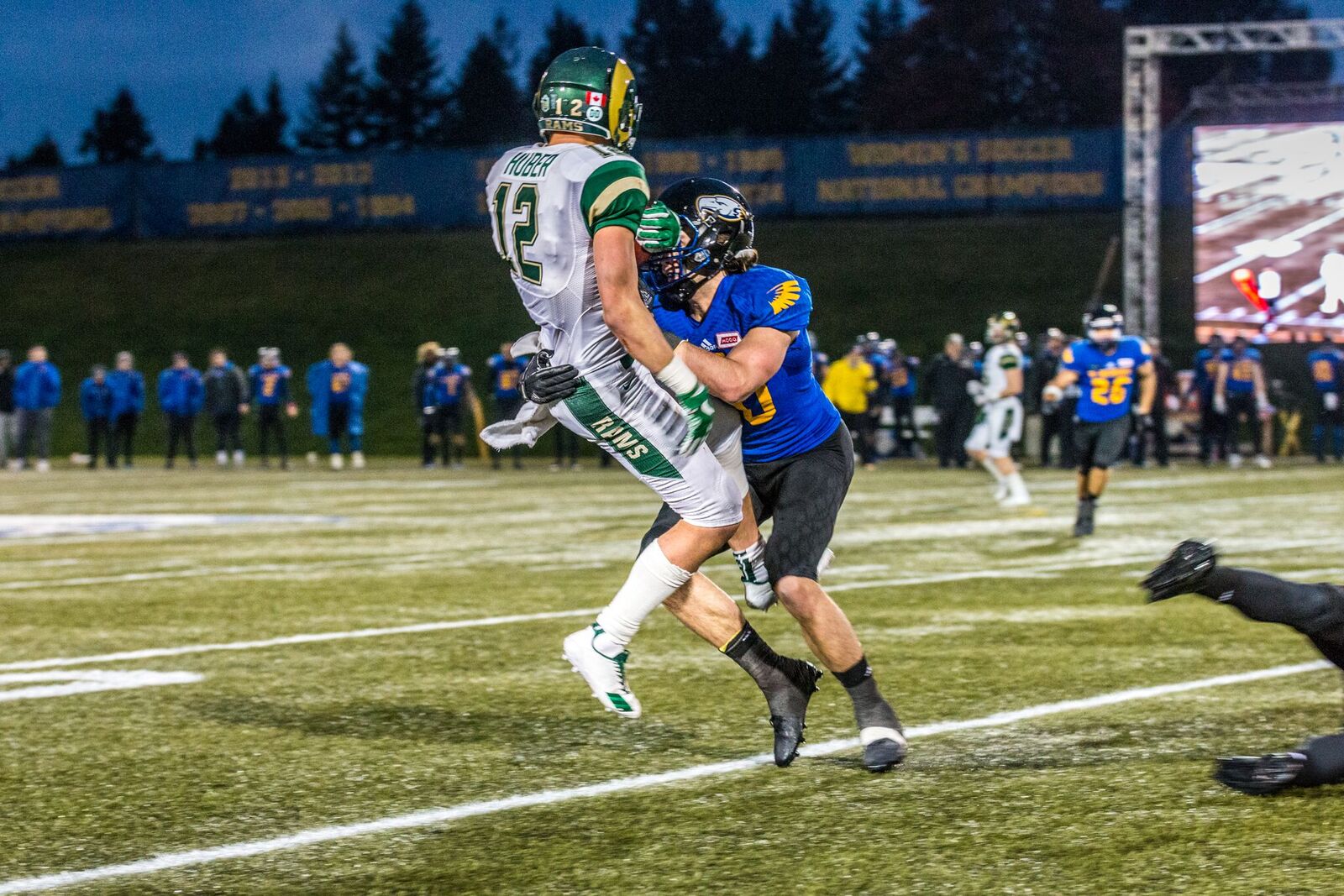 In the third frame, the ’Birds had their second team safety for a gain of two more points. As the period neared the midway mark, Regina recorded its first touchdown of the game by Frankie Gray.

With the ’Birds ahead 28-14 after three intermissions, the Rams opened the scoring in the fourth with a touchdown by Simon Atlee, who made a 46-yard play to narrow UBC’s lead to 28-21.

“We had a couple of breakdowns. A couple of long runs really hurt us. It’s disappointing giving up the long runs,” said Nill.

Trailing by a touchdown, Regina was desperate to equalize the game towards the end. Still, despite many close scoring attempts, Regina was unable to produce another touchdown, allowing UBC the win at 28-21. 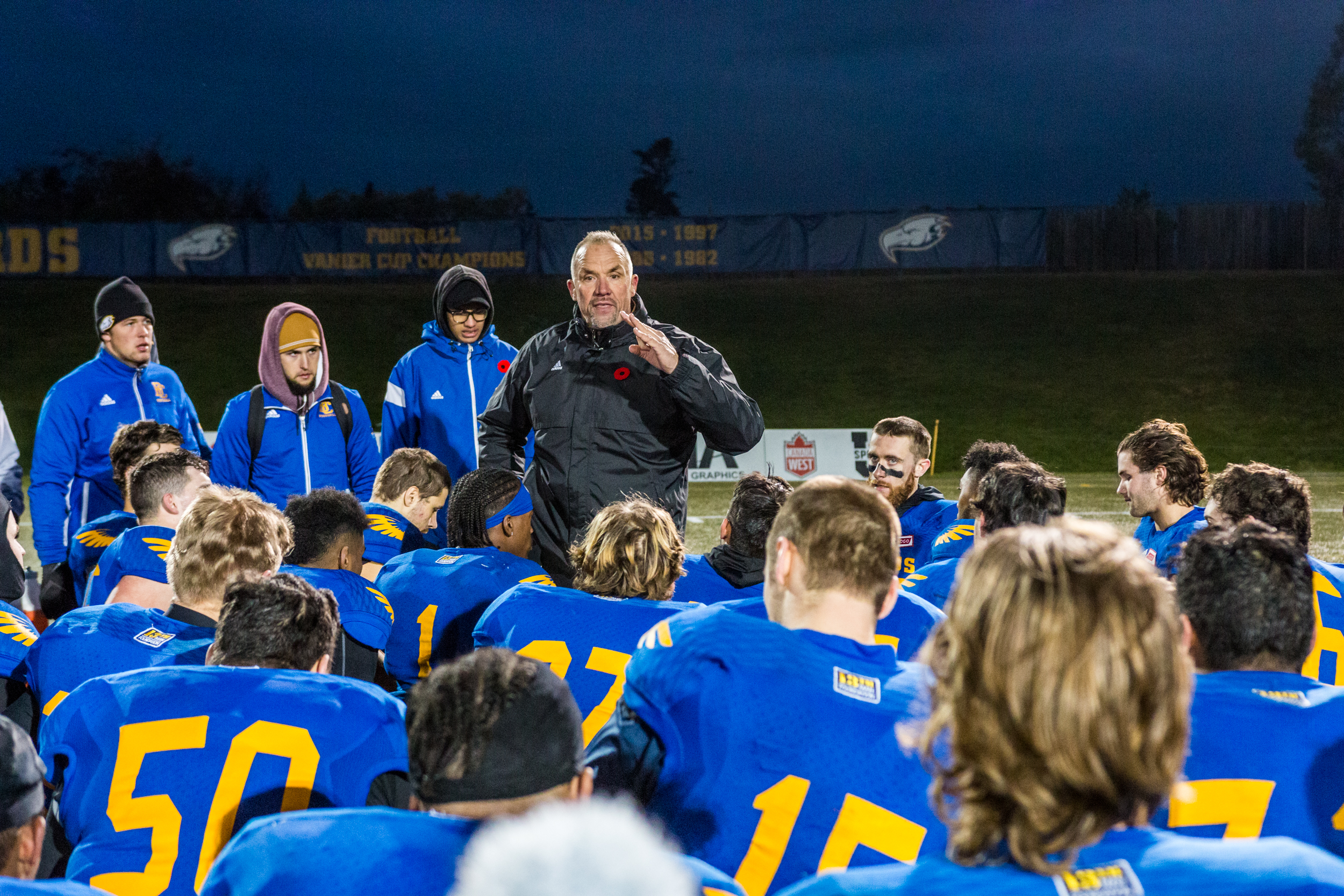 “We couldn’t make plays and their defence was timing us. They were phenomenal,” said Morrison. “We got more points than [Regina] at the end of the day, so that’s all you play for.”

With the win against Regina, UBC has advanced to the Hardy Cup finals, where they will travel on the road to play against the first-seeded Calgary Dinos next weekend.