Football is ready for Saturday, are you? 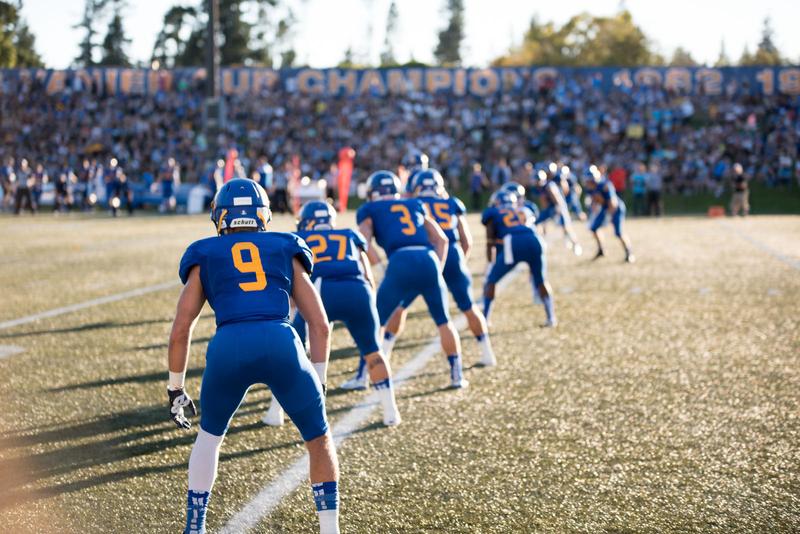 The Thunderbirds have found their footing and hopefully they haven’t lost it over their Thanksgiving bye week. Even though the ‘Birds have two more games after this weekend, a win this week will almost certainly mean a spot in the playoffs. But more importantly, Saturday will show whether UBC football can draw a consistent crowd.

Homecoming drew a crowd of 7,000 and over 2,500 people came out to see the ‘Birds fall to the Saskatchewan Huskies under the Friday night lights. People came out to Homecoming because of the massive marketing campaign and hype around the game. Homecoming felt like how a college football game should, so people came out. The ‘Birds also put on an exciting performance and brought home the win. The excitement hung around long enough (along with the promise of free booze) to bring people out to the Huskies game. But it’s been three weeks, midterms are slowly crushing everyone souls and the hype has died down. Saturday will be make or break for athletics on whether they can draw a crowd or not.

For those who do come, it promises to be an exciting game. UBC is taking on the University of Alberta for the second game in a row. Last time, the ‘Birds had their first ground-heavy assault of the season with powerhouse Brandon Deschamps back on form with 86 yards on the ground and a touchdown. The team had a season high 278 yards rushing.

The running game didn’t come at the expense of aerial offence though, as Michael O’Connor still threw for over 200 yards and two touchdowns. Will Watson continued to perform as he has all season, leading the team in receiving.

The T-Bird defence has also matured this season with Taylor Loffler, Mitch Barnett and Terrell Davis proving to be a formidable force.

The ‘Birds have everything it takes to win this game, the bigger question is whether UBC is ready to watch them win.