Momentum change: ’Birds lose 31-17 to Dinos in Black Out game 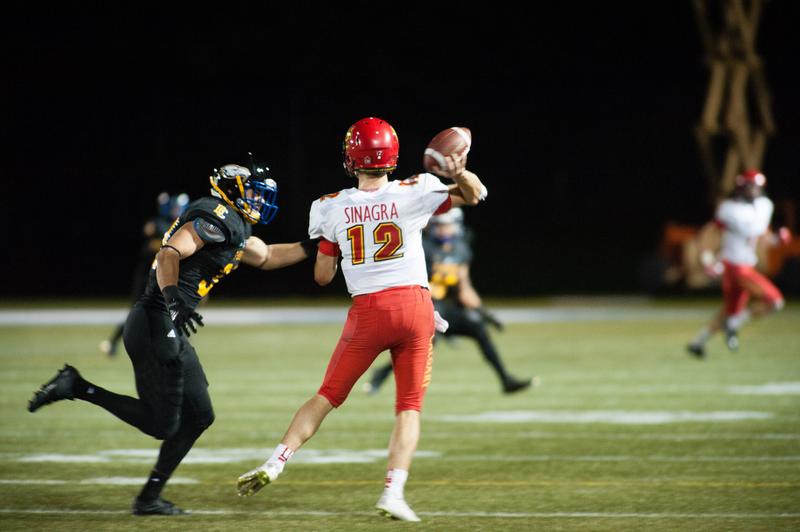 Coming off of three straight wins, the UBC football team dropped a 31-17 decision against the Calgary Dinos on Friday night — the visitors were 4-0 coming into the game.

“We had the tools to win,” said UBC head coach Blake Nill after the game. “Yes, [the Dinos] are more veteran than us, but that doesn’t matter. We need to be able to compete with those guys.”

The game was a low-scoring affair at the beginning thanks to tight defence by both teams.

Nine minutes into the game, the Dinos had a chance to take the lead, but thanks to an interception by T-Bird defensive back Malcolm Lee at UBC’s one-yard line, the game remained scoreless.

There was no scoring play until the start of the second quarter.

A minute into the frame, T-Bird star receiver Trivel Pinto caught a 42-yard reception from Michael O’Connor for the touchdown, putting UBC on the scoreboard.

Four minutes later, Calgary’s Jack McDonald evened things up with a 13-yard rush to the end zone. On the ’Birds’ next possession, Greg Hutchins responded with a field goal, putting UBC back in the lead by a score of 10-7.

The game went into half-time ahead by 4:24 due to an injury to Calgary centre Spencer Roy. 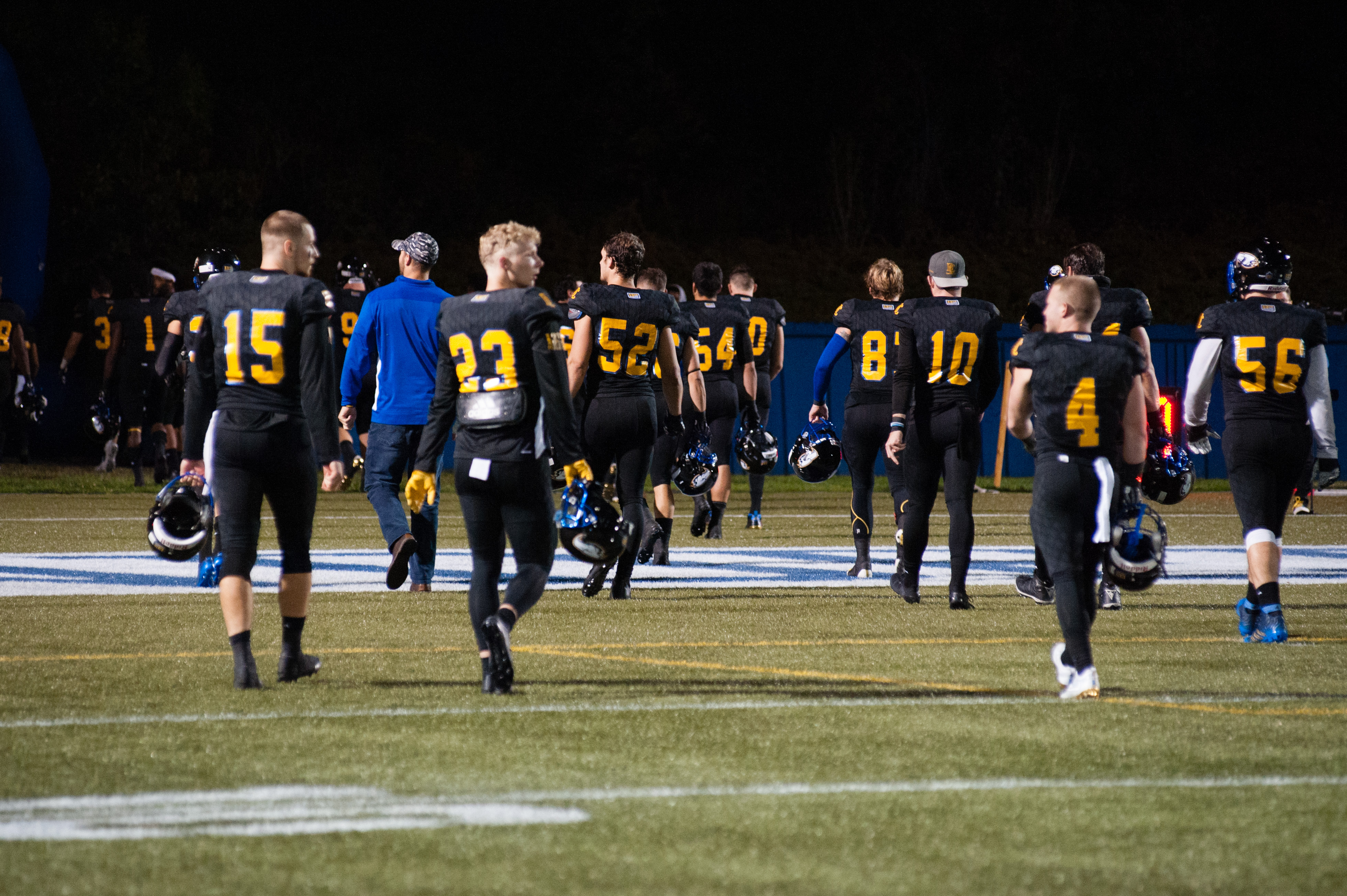 The 'Birds head to the locker room at half-time. Patrick Gillin

Despite Roy’s injury, the Dinos had a momentum surge after the game returned to action. Calgary’s scoring streak began after the ’Birds conceded a safety toward the end of the second quarter. At the start of the next frame, UBC’s lead vanished when Michael Klukas recorded the second touchdown for the Dinos, allowing Calgary to take the lead for the first time.

Things continued to go south for the ’Birds in the third quarter as they gave up two more touchdowns to trail 30-10.

“We had momentum. We were doing okay … and then we started wearing down a bit. We started not executing and [Calgary] just rolled on us,” said Nill.

Midway into the fourth quarter, UBC finally made up some ground when receiver Alex Morrison got a touchdown, narrowing Calgary’s lead to 30-17. Still, there was no joy for the home team as the ’Birds were unable to produce more points while the Dinos finished the game with a rouge point.

With three games remaining in the regular season, Nill believes that there is still hope.

“We just have to execute,” said Nill. “We have to make changes. I still think we can salvage [something] from the season.”

The ’Birds also used the match to unveil their black and gold jersey, the first third jersey in the team's history.

UBC now holds a 3-2 record. They will play their next game on the road on October 14 against the Saskatchewan Huskies.