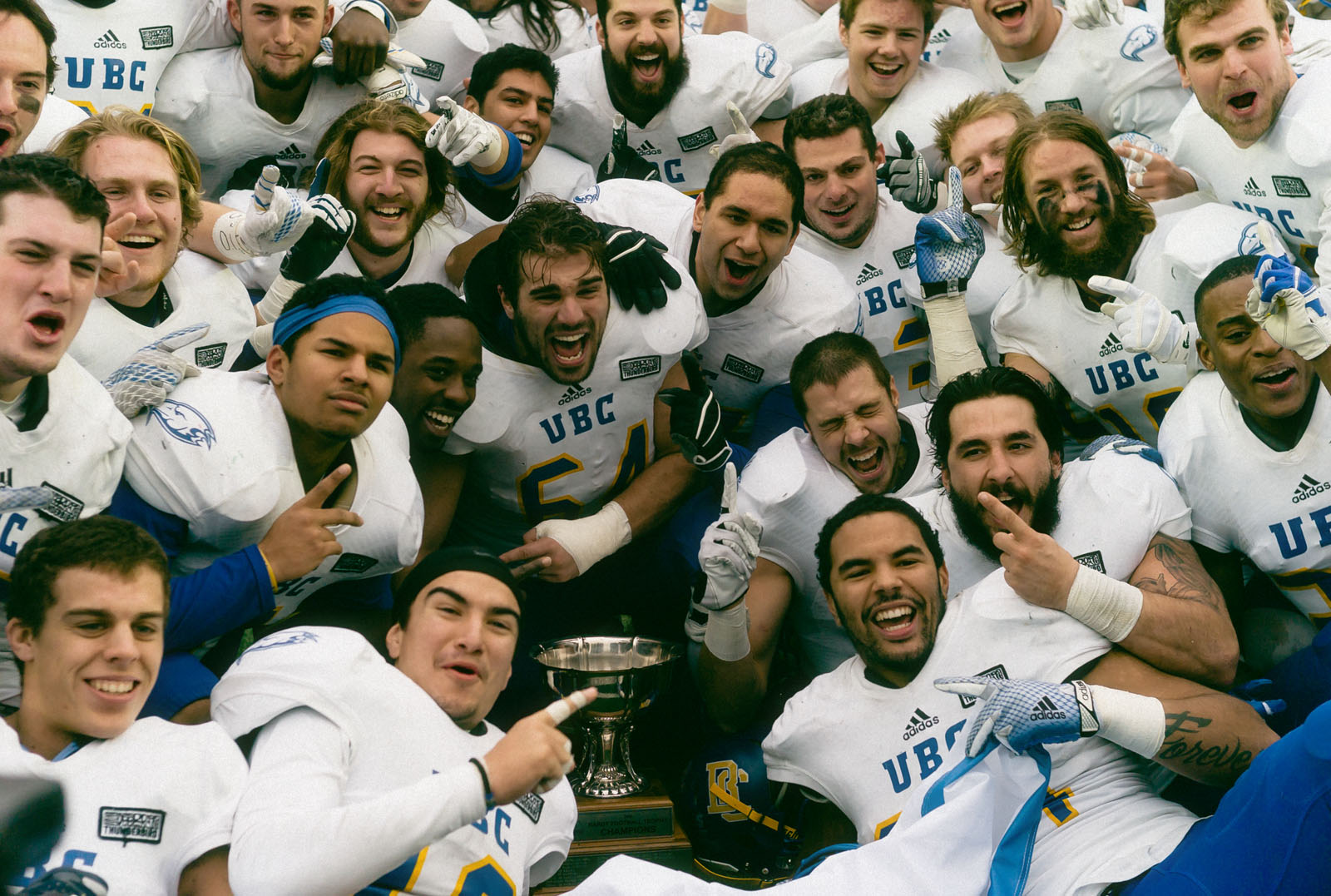 Vanier Cup: UBC vs. Montreal by the numbers

For the first time since 1997, the T-Birds will be playing for the Vanier Cup. The rebuilt 'Birds will be facing the reigning national champion, the University of Montreal Carabins, in Quebec City this Saturday. If there's anything we've seen this season, it's that it's hard to predict what will happen. But we've crunched some of the numbers to get an idea of what to expect.

The Thunderbirds have truly reversed their luck this year, turning last year's 2-6 record to 6-2, followed by an impressive playoff run, including a close victory over the then-undefeated Calgary Dinos. The obvious changes this year are the new head coach Blake Nill, and hotshot recruits like quarterback Michael O'Connor and wide receiver Trivel Pinto. Helping along the new recruits were reliable performances from returning players including running back Brandon Deschamps, tailback Marcus Davis, linebacker Terrell Davis and kicker Quinn Van Gylswyk. UBC's numbers have improved in every category, except a minor increase in passing yards allowed.

Last year, Montreal averaged almost three times more fans at home games than UBC. That support helped lead them to the Vanier Cup while UBC missed the playoffs. Attendance has been increasing at T-Bird games, as has the level of talent on the field and money from donors. A win this year would be a big step forward for UBC if they hope to build the sort of fanbase and football culture Montreal or Laval have developed.

A quick look at the regular season stats will show where each team's strengths lie. UBC put up far more offence, especially thanks to O'Connor and Deschamps. Montreal's stalwart defence ranked second in average points allowed per game this year, at just under 14. This game may be the answer to whether the best offence is a good defence.

Based on postseason points alone, the Thunderbirds should be the favourite in this game. They ran up the points against Manitoba and St. FX, while holding them to 10 and nine points, respectively. Montreal also put up strong defensive stands this postseason, especially against powerhouse Laval. In their playoff games against Sherbrooke and Guelph, the Carabins earned more yards on the ground than their opponents' rushing and passing combined. If both teams keep playing as they've been, there will be a lot of big offensive plays, but not a lot of points scored.

The 'Birds have allowed quite a bit more passing yards per game than Montreal, but O'Connor's arm more than made up for their defence. Expect to see a lot of passing from O'Connor, especially given Montreal's ability to stop the run.

One reason Montreal's postseason passing yards are relatively low is that their rushing yards are through the roof. Carabin running back Sean Thomas-Erlington, who averaged 65 yards per game in the regular season, has rushed a staggering 581 yards in just three playoff games. T-Bird Deschamps has been consistent all year, but Thomas-Erlington is looking hard to stop.

Both teams have the offensive chops to pull off some big drives. The Thunderbirds have a clear advantage in the QB department, but the Carabins' recent rushing performance trumps UBC's. Both teams have shown a solid defence in the postseason, but Montreal has been more consistent through the year. If UBC's defence can hold up, this could very well be their fourth Vanier Cup win.

Data via CIS. Charts by Will McDonald