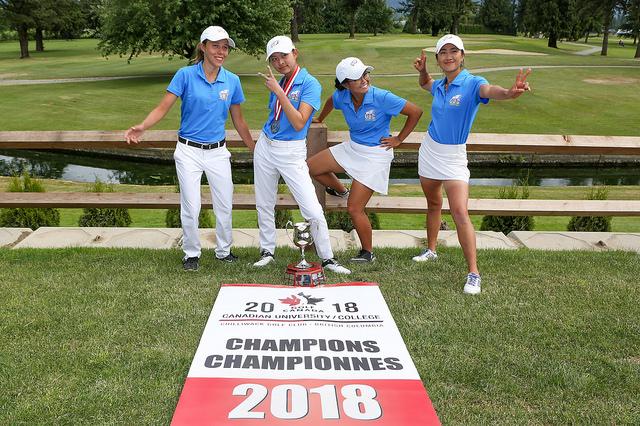 The women's team was all smiles after the championship win. Courtesy Chuck Russell/Golf Canada

It was a historic week for the women of UBC’s golf team at the Canadian University/College Championships, as they claimed their third consecutive title banner at the national tournament in Chilliwack on Friday.

The team sat a convincing 34 strokes ahead of the second place University of Victoria Vikes at +19 to claim top prize.

It’s their 13th victory in the women's team division.

T-Birds powerhouse Avril Li also claimed the women’s individual gold after a dominating four rounds on the course. She finished the tournament at 4-under, seven shots ahead of her nearest opponent Sarah Dunning of the University of Guelph Gryphons.

With the victory, Li gets an exemption into the Canadian Amateur Championship and a spot in the 2019 Summer Universiade.

Two other T-Birds also made it into the top 10 on the week for the ladies. Rookies Kelly Hellman and Shania Remandaban finished finished in seventh and fourth respectively. Good news for the T-Birds, as both still have time left on their T-Bird eligibility clock, as does Li.

“I’m so proud of my team," said Li when asked about the final day on the course. “I was a bit shaky personally in the start but after five holes it got better.”

"It was really fun. We had three freshmen play really well and then Avril Li, who's been our leader all year ... played a great tournament," UBC head coach Chris MacDonald said after the tournament."... It just went really well."

On the men's side, slip-ups in the third and fourth round found them slide from second to sixth place by tournament close with a score of +6.

Similarly, in the individual event, Andrew Harrison started the final day tied for fifth. A rough day on the course would slide him down to a 14th place finish, while teammate Zaahidali Nathu took the men's team’s highest placing: ninth with a score of -2. 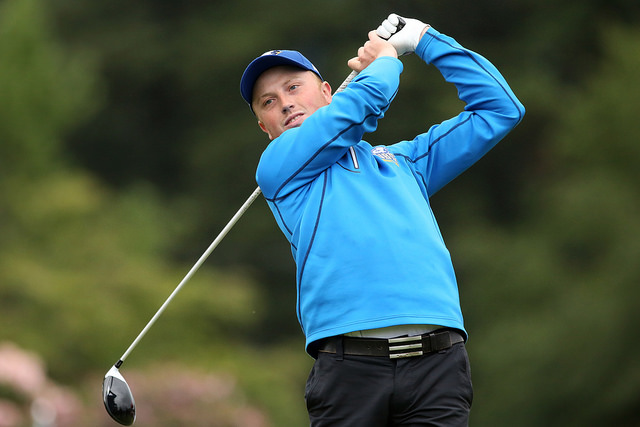 Andrew Harrison was a leader early in the tournament for UBC. Courtesy Chuck Russell/Golf Canada

Daniel Campbell of the University of Fraser Valley Cascades took home the title for the men's event with a dominating final score of -11.

So it was a weekend for the women this time around and capped off a memorable year for their side. The T-Bird women already won their conference title this season – for the ninth straight year – and intimidated at the NAIA women’s golf national championship last weekend with a seventh-place finish.

The women have also claimed top prize at the Saint Martin’s Invitational, the Fraser Valley Spring Invitational and the Grand View Battle at Primm this season.

On the men’s side, notable results this year include gold at the Concordia (Oregon) Invitational and a second-place finish at the Western Washington Invitational.

~with files from Golf Canada