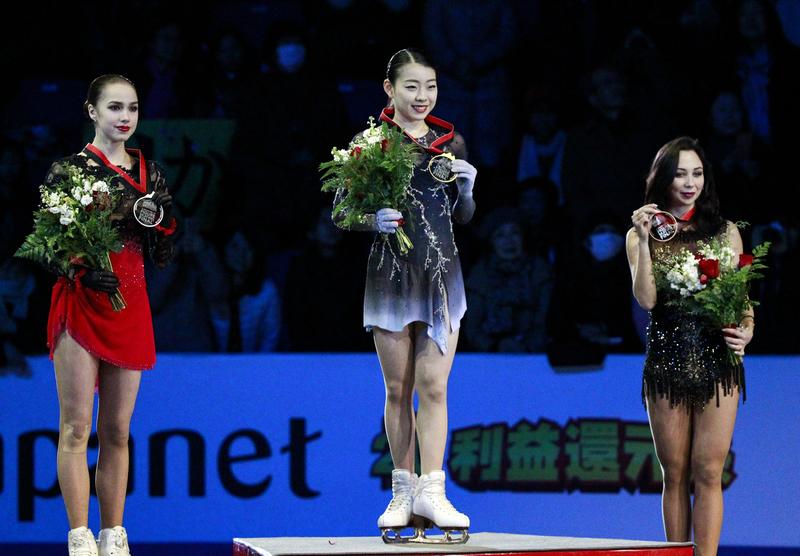 In what was less of an upset and more of a fairy tale, Japanese skater Rika Kihira won the Grand Prix Finals in her first year at the senior level. She landed both of her triple Axels — touching down on her first, her second was smooth and in combination. As many female Japanese skaters are, she was incredibly smooth with her programs, showing maturity and emotional depth that added to her performance.

Olympic gold medalist Alina Zagitova of Russia took silver after a shaky landing on her triple Lutz limited her stability on her connecting jump — what was supposed to be a triple toe ended up as a single toe. It was disappointing for her, but she’s sure to work on that combination before Russian Nationals.

Russian Elizaveta Tuktamysheva or “the Empress” won bronze, her first medal in the finals since her gold in 2014. Her sole triple Axel was shaky, but she hung on and performed a clean program after that. A very powerful and performative skater, this renaissance in her career has so far been a joy to watch. 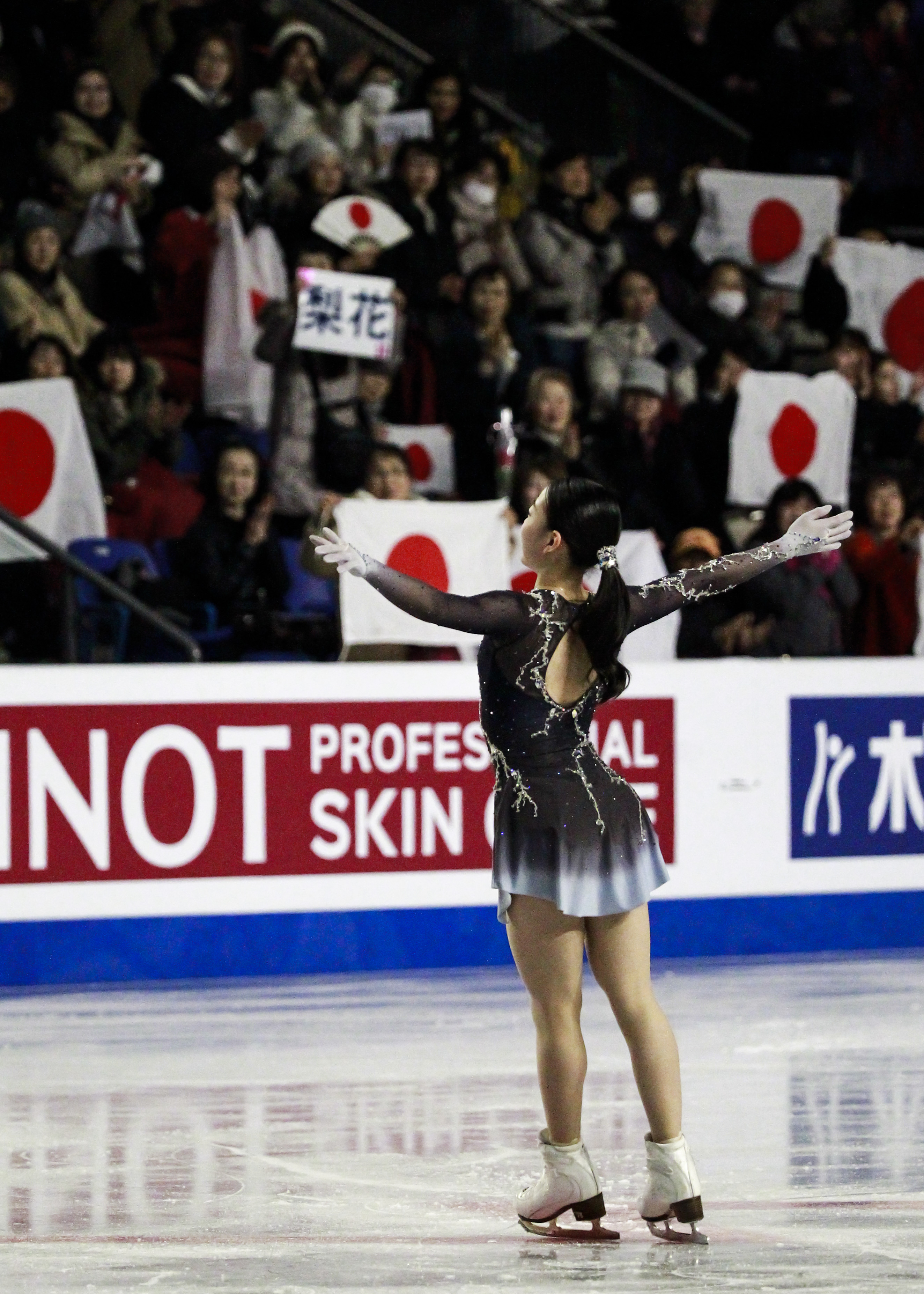 French pair Vanessa James and Morgan Ciprès went into the free program in a disappointing fourth, but had an amazing free program. James was a bit close to the boards for their triple toe, double toe, double toe combination, but manages to pull them off. The only other point of criticism came from a time deduction and a shaky landing on their thrown triple Salchow, but it still earned them a positive Grade of Execution. With a score of 148.37, the pair reached their highest score for a free program ever and the highest score in a free under the new system, launching them to gold.

The sole Chinese pair Cheng Peng and Yang Jin took home silver. They were in the final two years ago, but this is their first medal. With a clean program, they managed to finish with a score more than nine points higher than their previous season’s best.

Evgenia Tarasova and Vladimir Morozov of Russia snagged bronze with a program that wasn’t as clean as they would have liked. Morozov had a shaky landing on his triple toe; trying to hold on to their jump combination as well (as pairs only have one in a program), he singled the following double toe. Continuing their jumping issues, Tarasova stepped out and needed to put her hand down on their thrown triple flip, but they managed to land their thrown triple loop. It wasn’t the clean skate they needed, but they still have time to fine-tune it for Russian Nationals.

In the free program, gold medalist Americans Madison Hubbell and Zachary Donohue showed off their continually-improving free dance. They were able to show off their strong lifts and smooth transitions to the crowd, who absolutely loved them. They were favourites going into the finals and they showed why on the night.

Russian pair Victoria Sinitsina and Nikita Katsalapov took silver — although they performed a beautiful dance, seemed to be a bit more wooden than in practice. They were slightly out of sync on their twizzles and had a rough transition to their lift. In third place, Italians Charlene Guignard and Marco Fabbri danced to a song from La La Land. Their dance was emotional and was able to keep the crowd enthralled until the very last second.

In the junior ladies, Russia swept the podium, while Korean Yelin Kim fell to sixth after she fell on her triple flip. In first, Alena Kostornaia had a clean and emotional skate — her triple flip, triple toe were particularly beautiful and noteworthy.

Alexandra Trusova took second and she was the only woman in the ladies — senior or junior — to land a quad in this competition. The only other lady with planned quads was Anna Shcherbakova, but she unfortunately fell on both, landing her in fifth place.

In third, Alena Kanysheva had a very delicate program, in sharp comparison to Trusova’s powerful skate. A slightly under-rotated triple Salchow in combination kept her skate from being completely clean, but it was a very solid skate. In fourth, Anastasia Tarakanova skated clean, but with such an intense field, she’s left off the podium.

Russia also swept the Junior Pairs in its entirety, as American pair Sarah Feng and TJ Nyman withdrew before the free program for medical reasons.

Anastasia Mishina and Aleksandr Galliamov grabbed gold with a clean program, other than one step out on their Salchows. Polina Kostiukovich and Dmitrii Ialin won silver with a program that featured impressive height on their lifts and throw. In third place, Apollinariia Panfilova and Dmitry Rylov had an excellent program — clean other than some slightly under-rotated jumps and with beautiful control of their thrown jump. 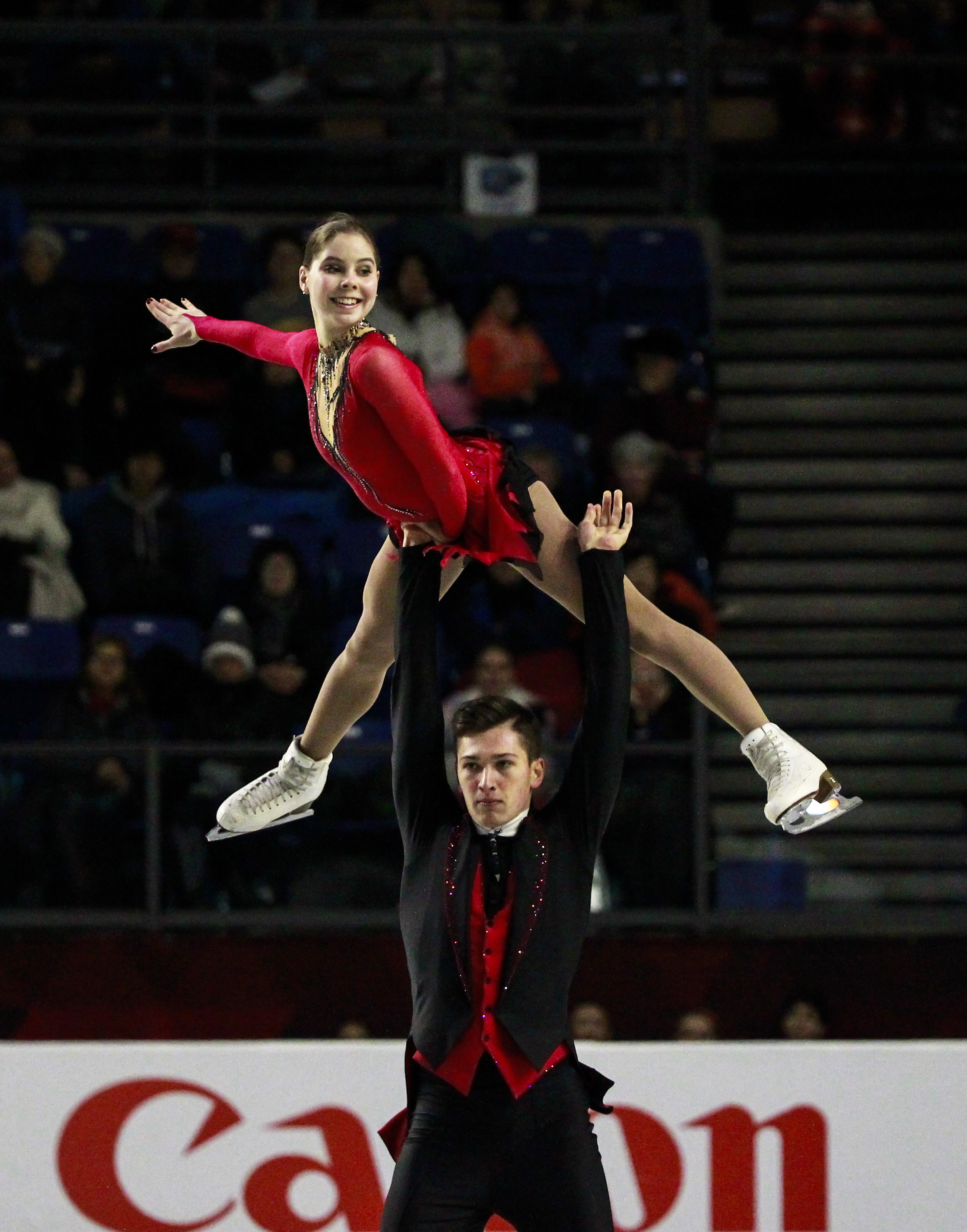 ~ With files from Rolando Hinojosa