ISU Grand Prix Final Day 4: With competition out of the way, it was time for some fun at Doug Mitchell 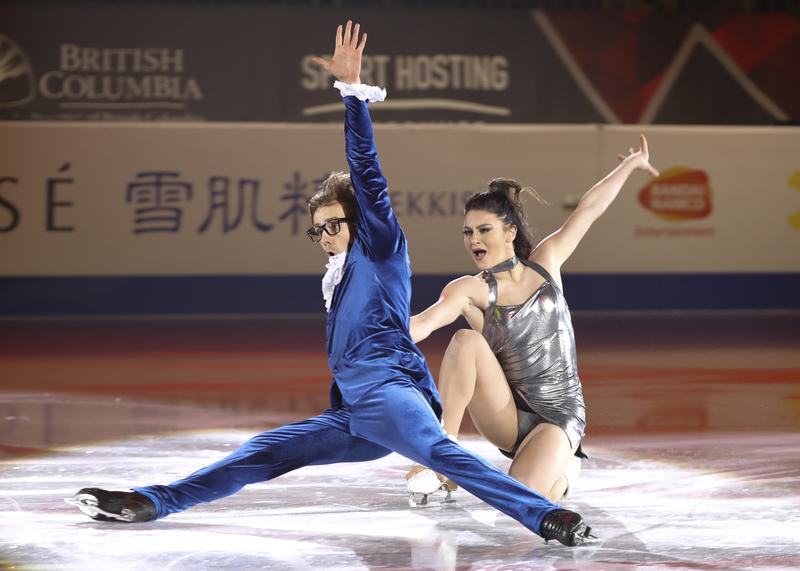 With the Grand Prix Final judged events wrapped up and the journalists and judges away, it was time for the skaters and the audience to have some fun at the ISU Grand Prix final exhibition gala on Sunday, December 9.

While the point of the weekend’s event is the medal competition, the exhibition gala is a fan favourite. Skaters take the emphasis off of technical ability and put their effort into tricks and storytelling to exhibit the artistic side of figure skating. 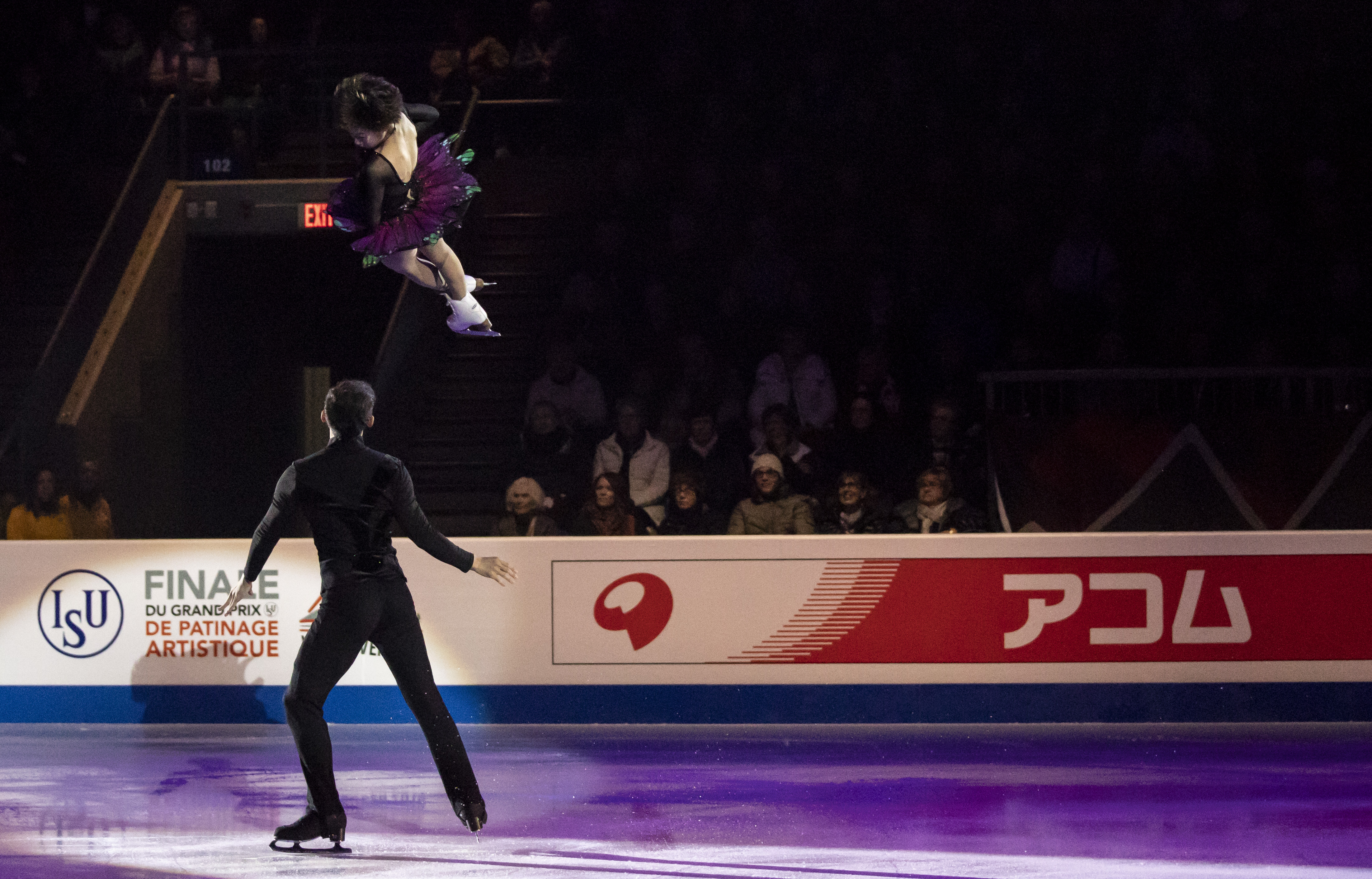 Pairs can exhibit their best throw jumps at the gala. Elizabeth Wang 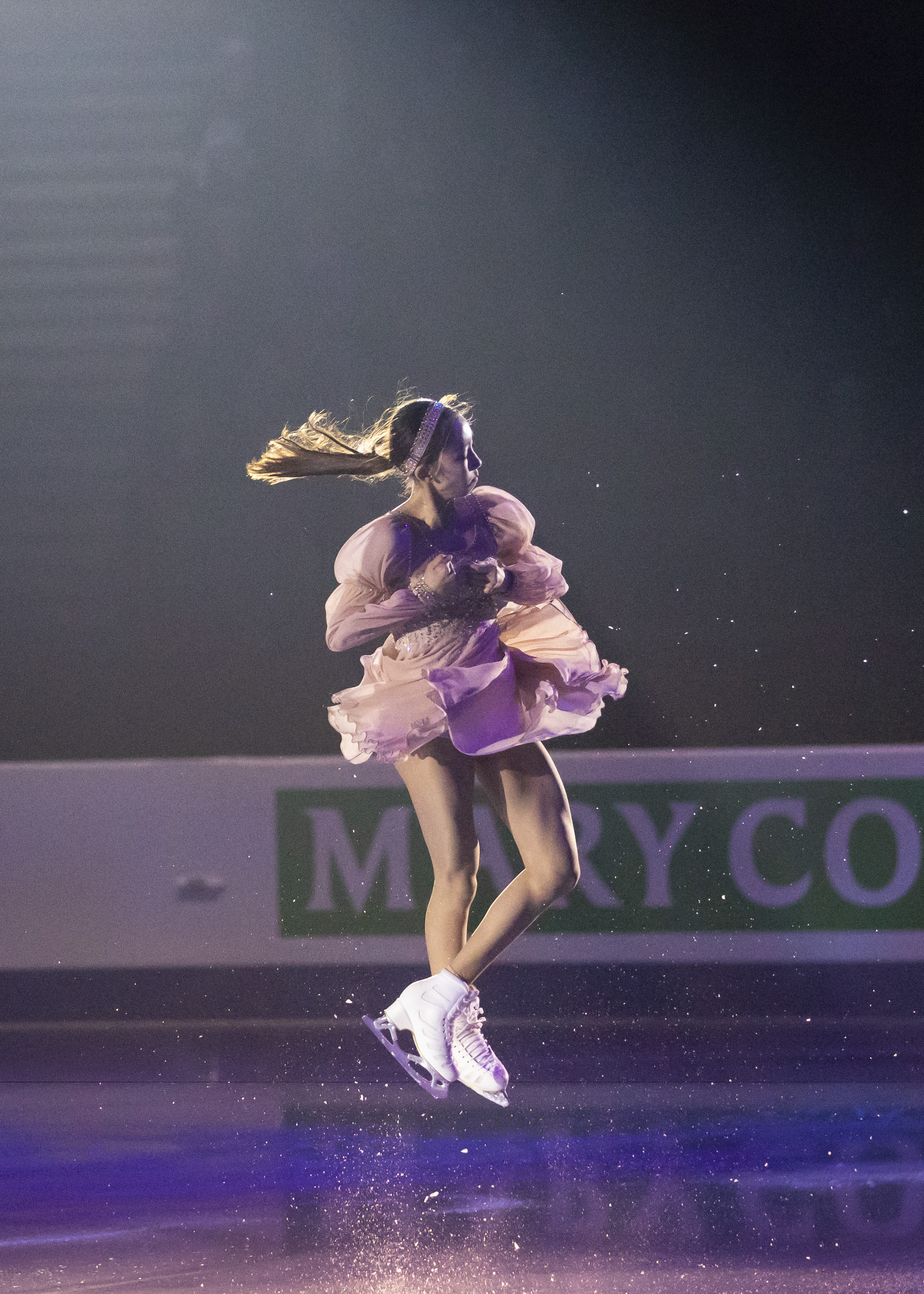 A vision in pink. Elizabeth Wang

The exhibition included some more silly performances, like an Austin Powers-themed performance from Kaitlin Hawayek and Jean-Luc Baker (USA), a Grease-themed skate from Charlene Guignard and Marco Fabbri (Italy) and a Rocky-themed skate with pantomimed punches from Nicole Della Monica and Matteo Guarise (Italy).

The gimmicky-fun performances weren’t just in the pairs skates though. Russian Elizaveta Tuktamysheva skated to Britney Spears's "Toxic" in a sparkly flight attendant uniform, and 'handed out' drinks to audience members. 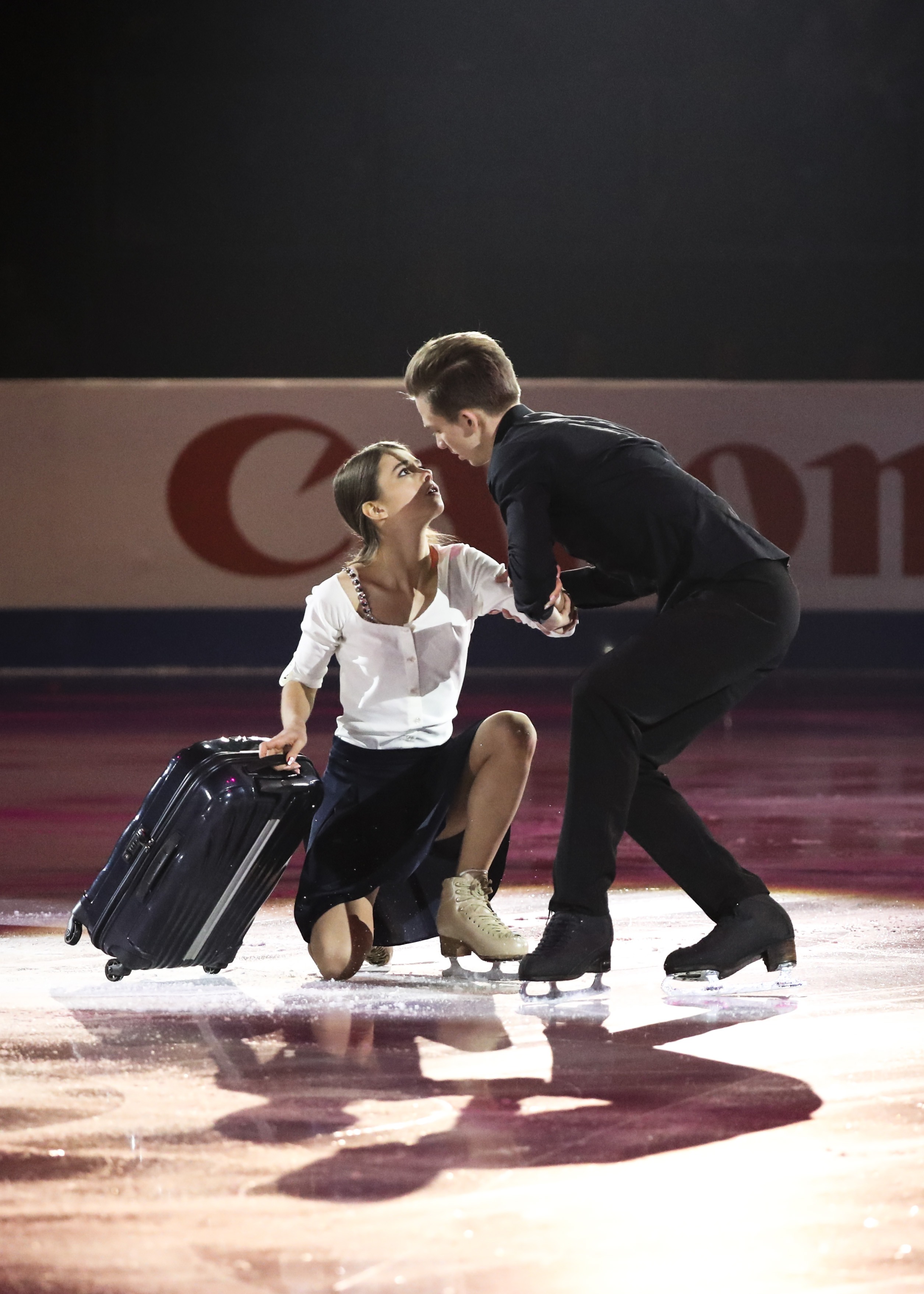 Poetry and storylines play a large role in the exhibition proceedings. Elizabeth Wang 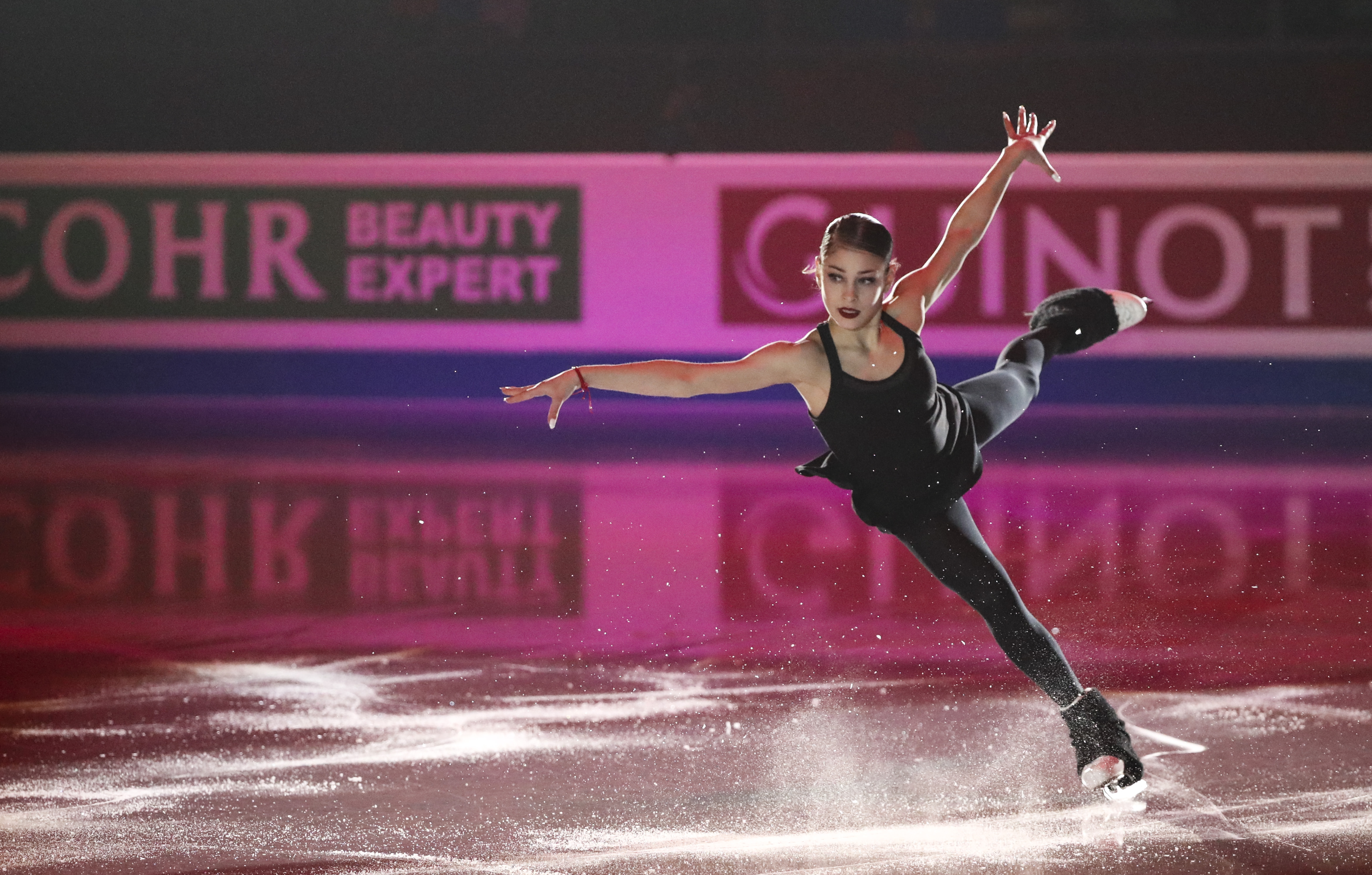 Not all performances were silly, though. With the focus off of their score, skaters used more emotional movements to better tell stories of love and heartbreak. Crowd darlings Cheng Peng and Yang Jin of China dazzled the audience with a re-telling of a Chinese story of an emperor and his lover. Not only was it a visually moving performance, but the addition of a sword heightened the drama of the exhibition.

In the absence of the competitive spirit, the skaters’ performances also featured more exciting moves, including ones not allowed in competition. Canada's Keegan Messing’s skated two programs that featured tap dancing and back flips. French pair Vanessa James and Morgan Ciprès stunned the audience with their daring bounce spin, too. 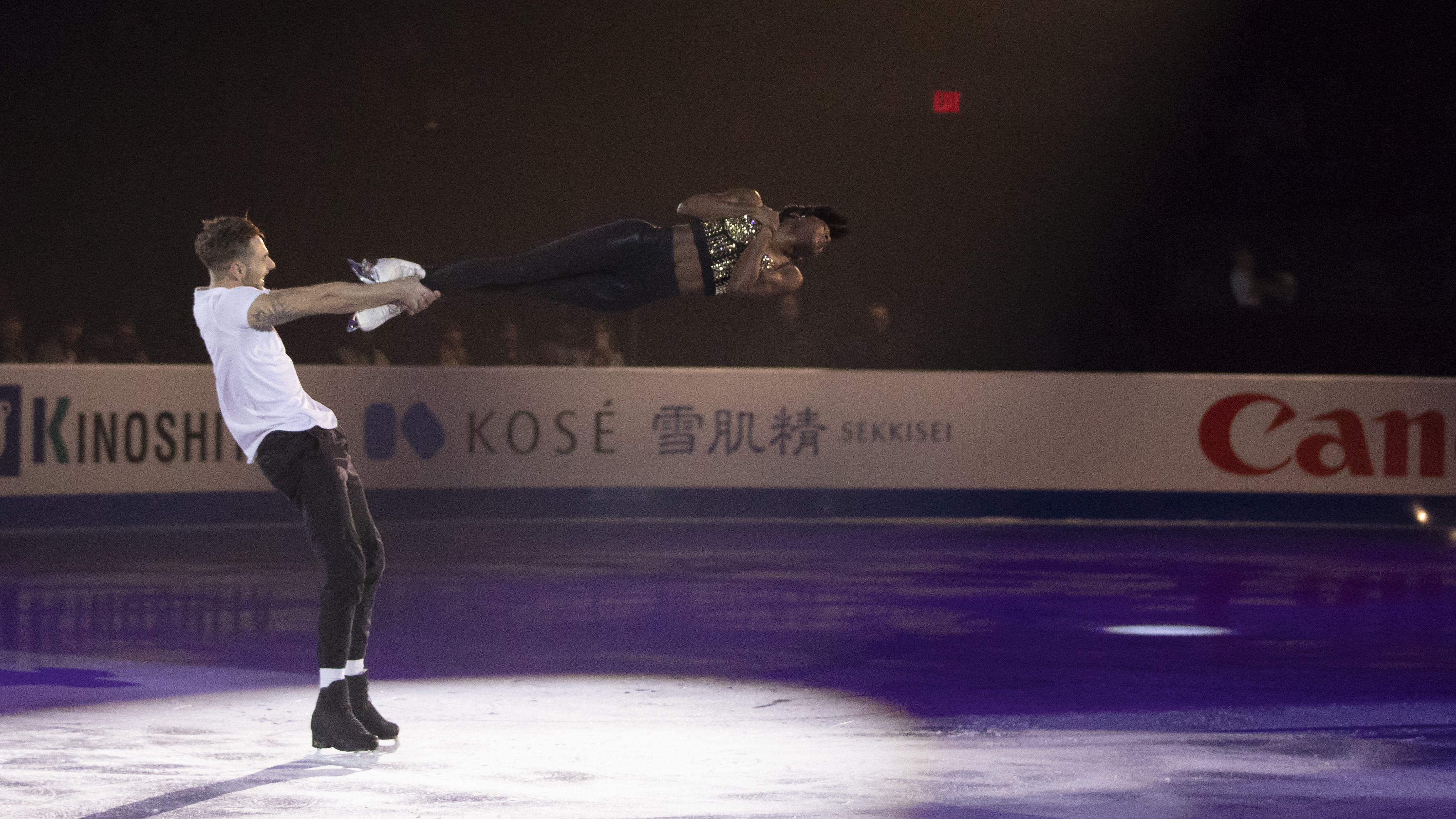 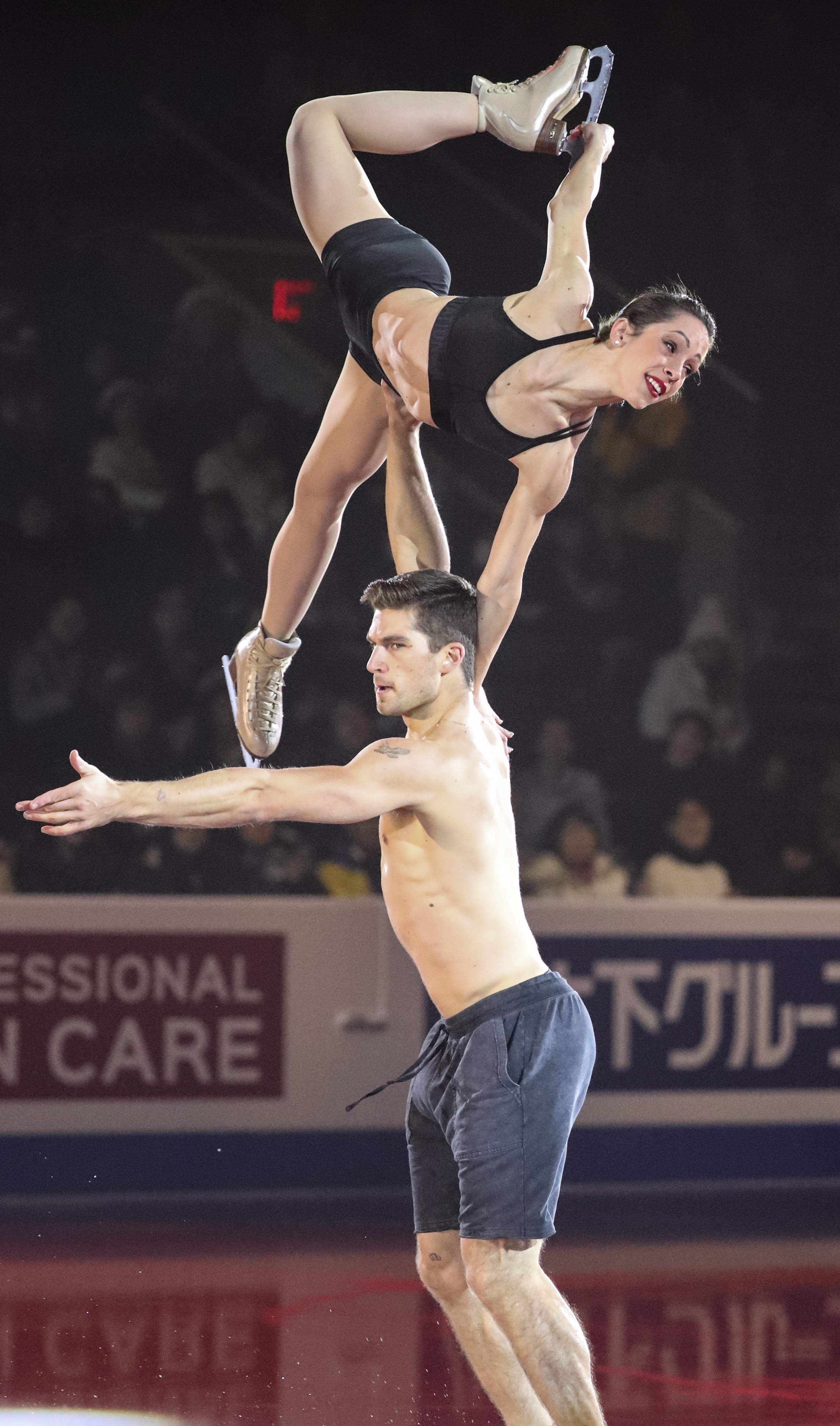 All in all, the funky performances and spine-tingling tricks from the prestigious skaters reminded the audiences of the art behind the sport — it was a fun, unique way to end a highly-competitive few days at Doug Mitchell Thunderbird Sports Centre. 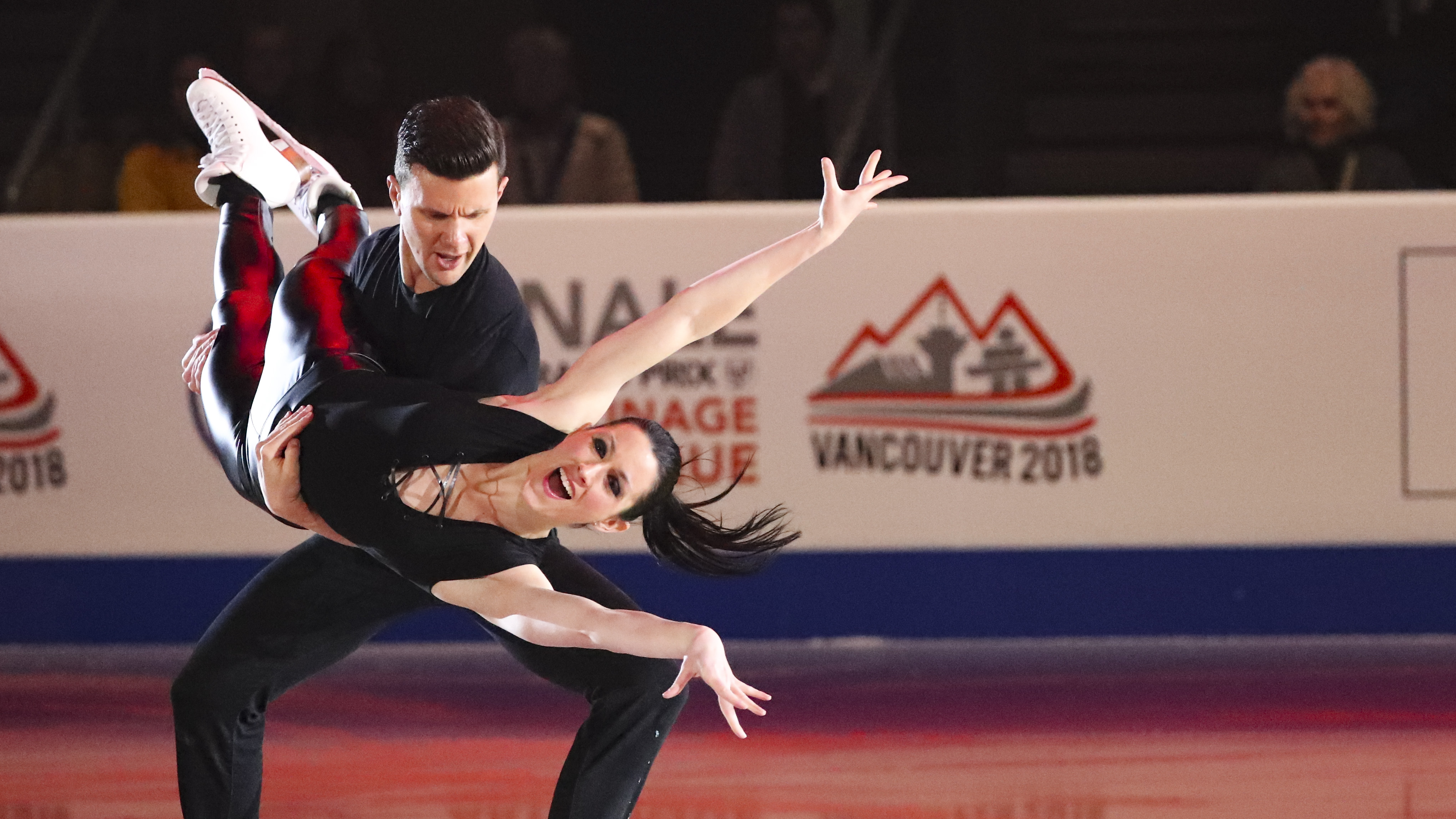 It's all about the flare at the gala. Elizabeth Wang