While you’ve been busy procrastinating midterms with Netflix, tubs of ice cream and Oreos, the UBC Thunderbird varsity athletes have been busy training, competing and winning — mostly. Most fall sports are gearing up for the playoffs. Check in with some of the best athletes and teams in Canada. Our expert panel of sport fanatics have been closely following the ‘Birds this season and weighed in. Each team was given a letter grade based on their performances, records and chances at the playoffs. We also named a standout player for each team. Be sure to check out some of the upcoming games and cheer on the ‘Birds as they chase down the CIS.

As a team that missed the playoffs last season, this year is definitely a sign of major improvement. With a current season record of 4-2, UBC football sits second in the Canada West Conference. With three games remaining in the regular season, entering the playoffs is a possibility. In the past five games, UBC football has witnessed some noticeable strength and talent from the offense, defence and special teams. Quarterback Michael O’Connor and various receivers have combined to produce many successful touchdowns. On defence, players like Mitch Barnett, Terrell Davis and Taylor Loffler have all proven to be very effective tacklers. Trivel Pinto also currently ranks first in the CIS for average return yards. However, the T-Birds’ overall lack of consistency has taken a toll on their season. 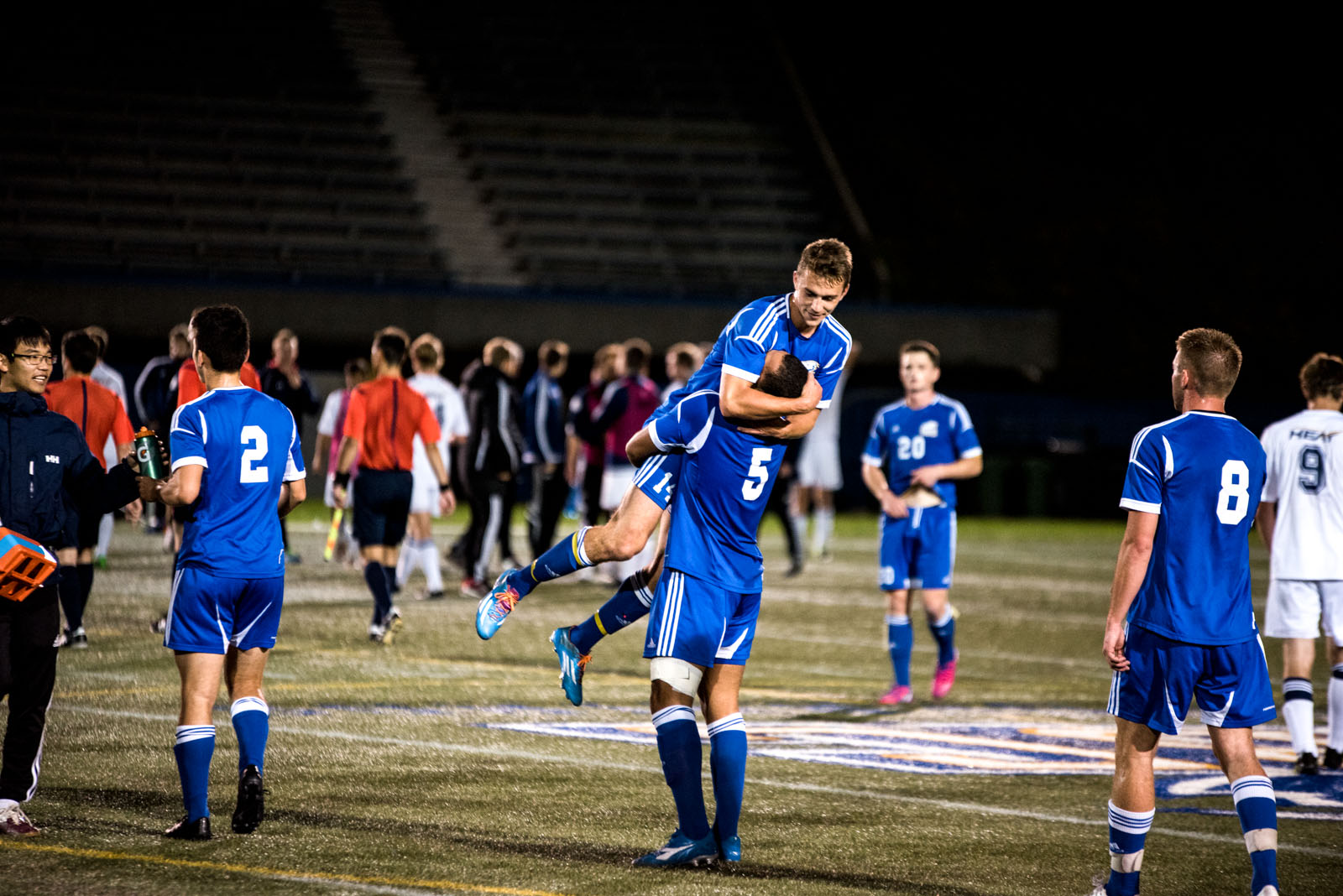 After a disappointing 2014 season that resulted in a loss in the Canada West semifinals, long-time coach Mike Mosher has been looking to build a squad that would make the UBC men’s soccer team a national championship contender once again. Thanks to some off-season moves, the UBC men’s soccer team has gone undefeated so far this season, posting an impressive league leading record of 9-0-1. While the team has been racking up goals from the likes of Sean Einarsson (8G 2A) and Gagan Dosanjh (5G 4A), solid defence has also been key to their success. With newly acquired goalkeeper Chad Bush between the pipes, the squad has conceded just four goals and earned six clean sheets in their first 10 games. Expect the ‘Birds to make a good run for nationals in November. 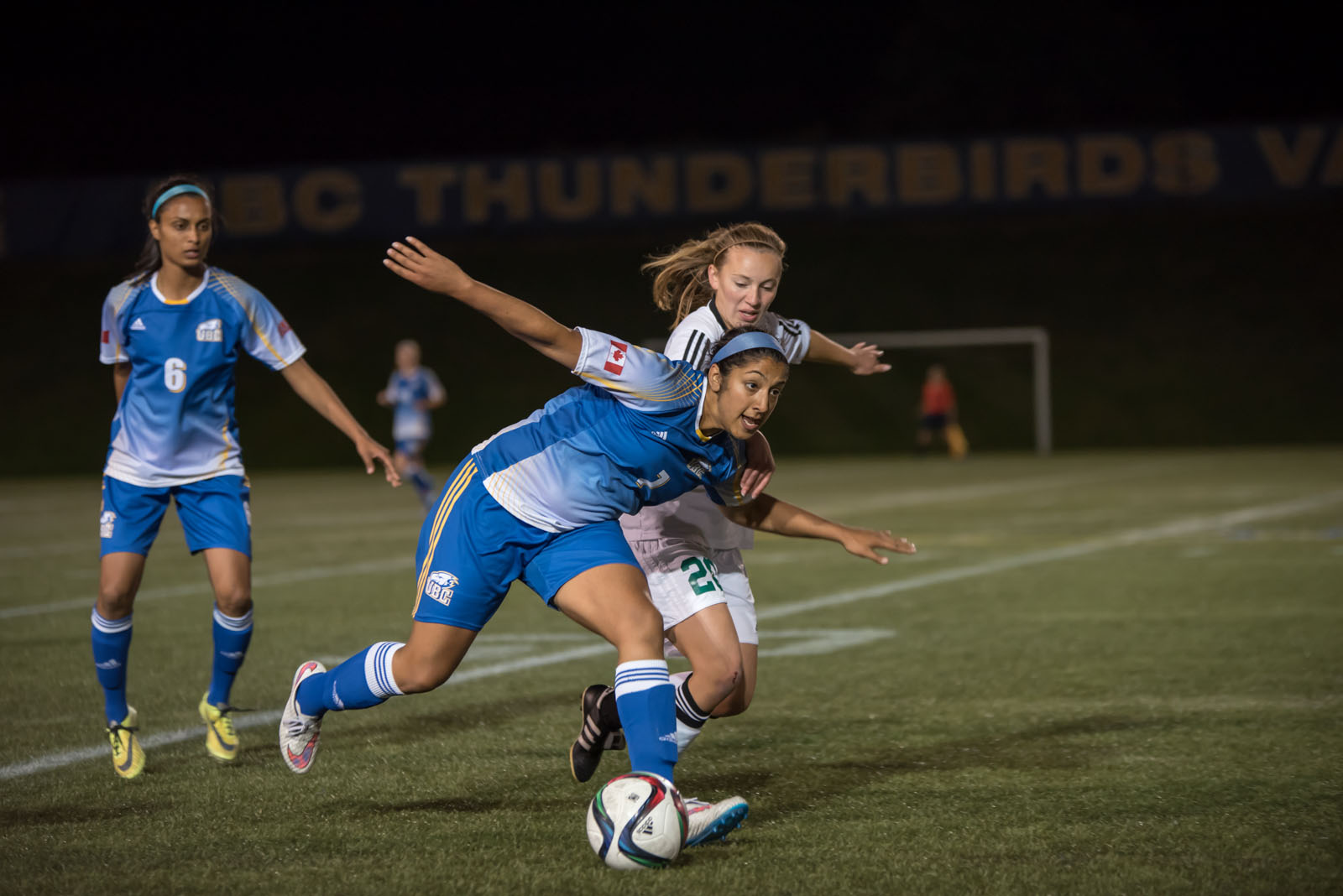 Marisa Kovacs is enjoying a great start to her first season with the 'Birds. File photo Jeremy Johnson-Silvers / The Ubyssey

The women’s soccer team had a phenomenal season. Despite changing leadership and playing with the ever-present pressure of holding the nationals this year, the team has done well. The team has only slowed twice this season: once against the University of Fraser Valley Cascades (aka the Bird-killers) and also division rivals, the UVic Vikes. Head Coach Marisa Kovacs has pushed the team to an impressive 10-1-1 record and has maintained the team’s first place position at top of the Pacific Division from the start of the season. Olivia de Goede, the team’s goalkeeper, has consistently saved the balls and the team when it mattered. Midfielder Taylor Shannik is fourth in the league in assists and has been instrumental in the key plays of most games while Surrey native Jasmine Dhanda leads for shots on goal in the Canada West and is second in goals. 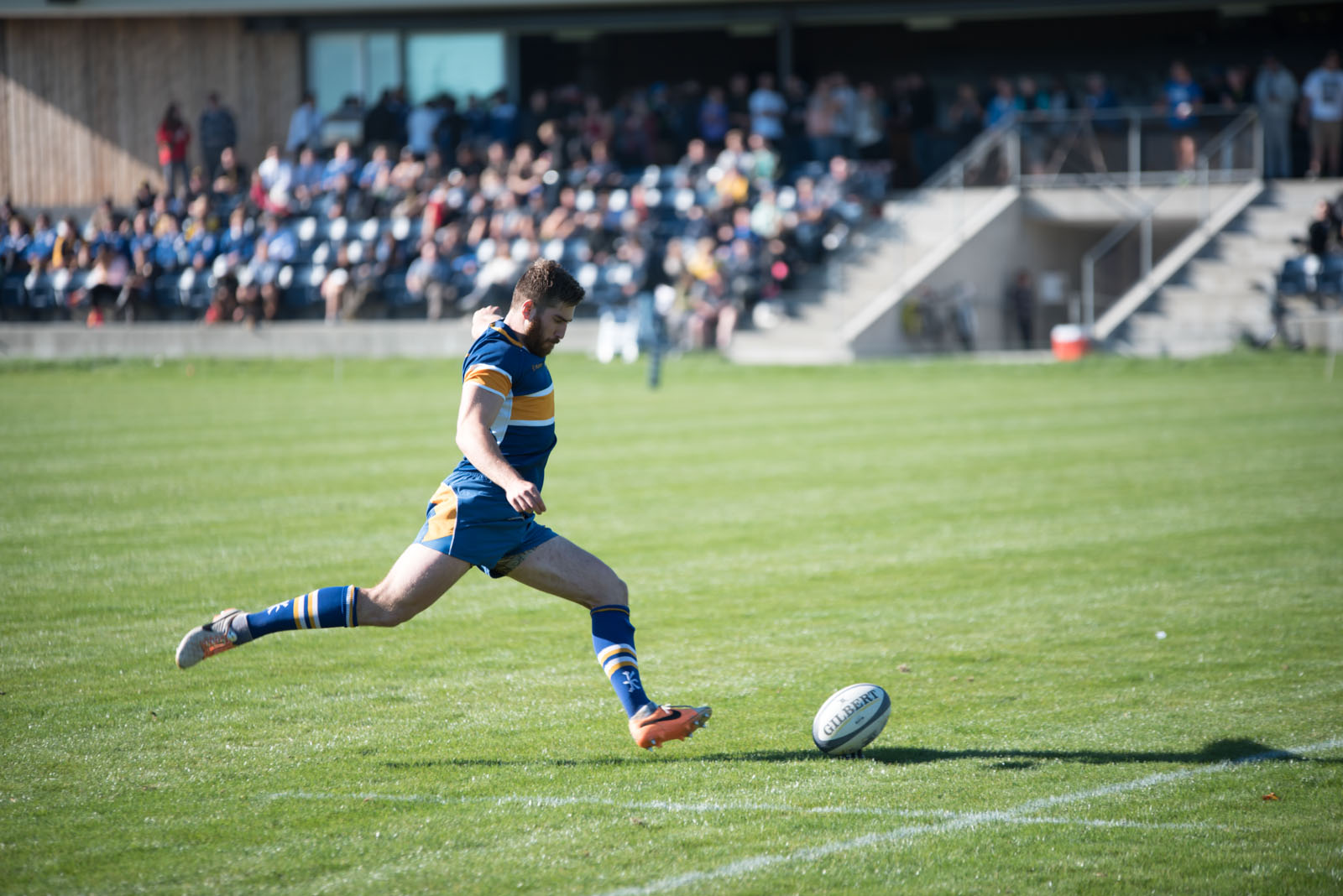 With a third place finish at the World Rugby Cup and an undefeated record isn't a bad start to the season. File photo Jeremy Johnson-Silvers / The Ubyssey

The UBC men’s rugby team have dominated the start of their season recording three big wins. The team’s home opener drew a large crowd on September 26 as they took on Capilano RFC mere days after their return from the first ever World University Rugby Cup in England.

UBC defeated the University of Oxford 18-14 to take home third place, facing teams from around the world. The Thunderbirds dominated the second half of play and celebrated a 43-24 win. The team got some much needed rest before returning to the field on October 10 to verse the Vancouver Rowing Club. The team continued to exercise their dominance and recorded a 34-6 win. The Thunderbirds deafeted Burnaby Lake FC 38-25 and continue to defend their undefeated record. 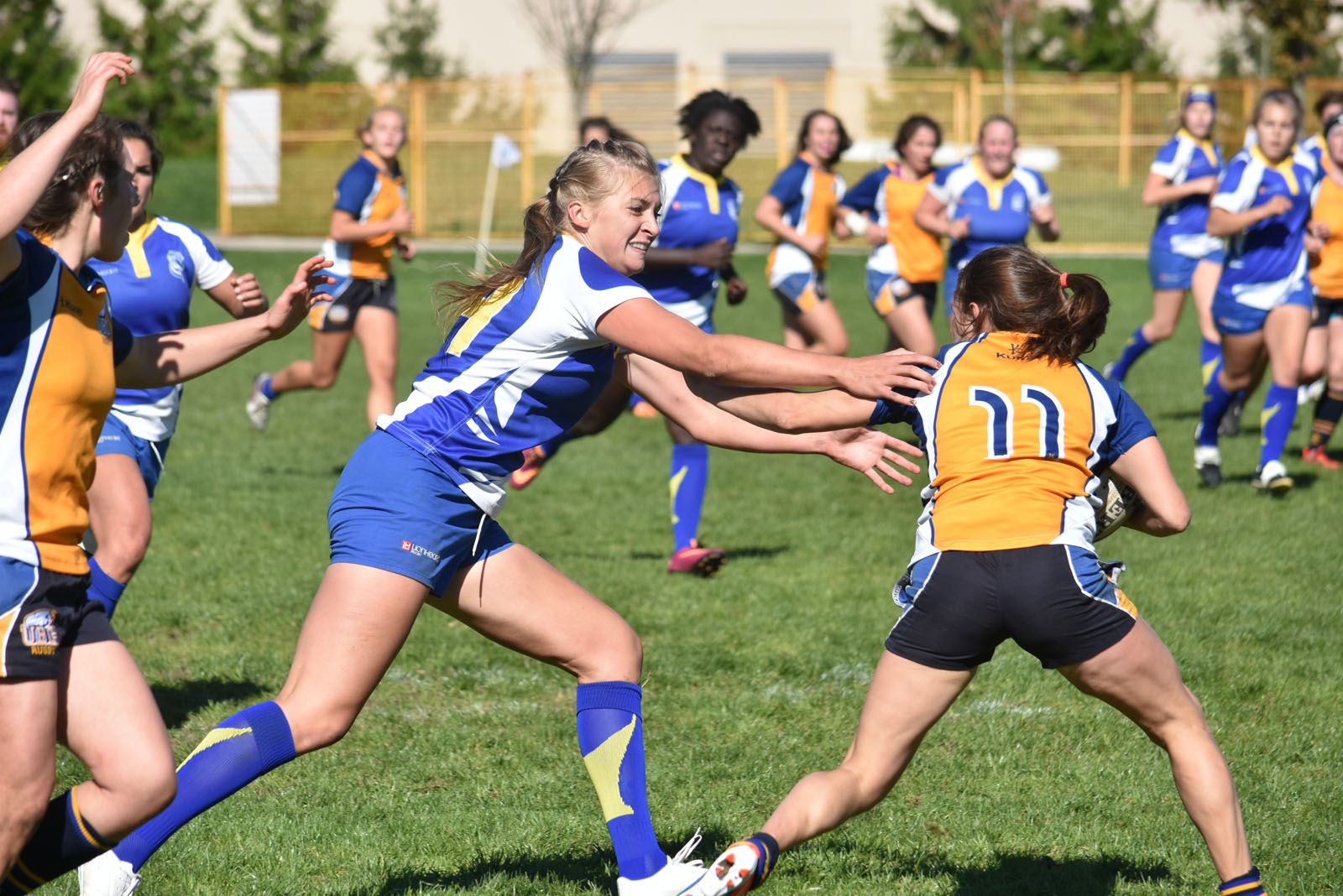 Not their strongest season to date. File photo Ben Ginsberg / The Ubyssey

The UBC women’s rugby team had a rough season which ended with a  26-0 loss at the hands of the University of Alberta and a record of 0-3-1. The Thunderbirds opened the season on September 25 at home with a tough 17-31 loss against the Calgary Dinos falling to their dominating scrum. With a quick turnaround, they hosted the University of Lethbridge that same weekend and came out with a 12-12 tie. The team played their first away game at the University of Victoria on October 4 and recorded a 10-28 loss. The Thunderbirds’ loss to the University of Alberta sealed their fate as they failed to qualify for the Canada West championship playoffs this year. Ciara Malone stood out with 20 points, which ties her for the third most points in the league. 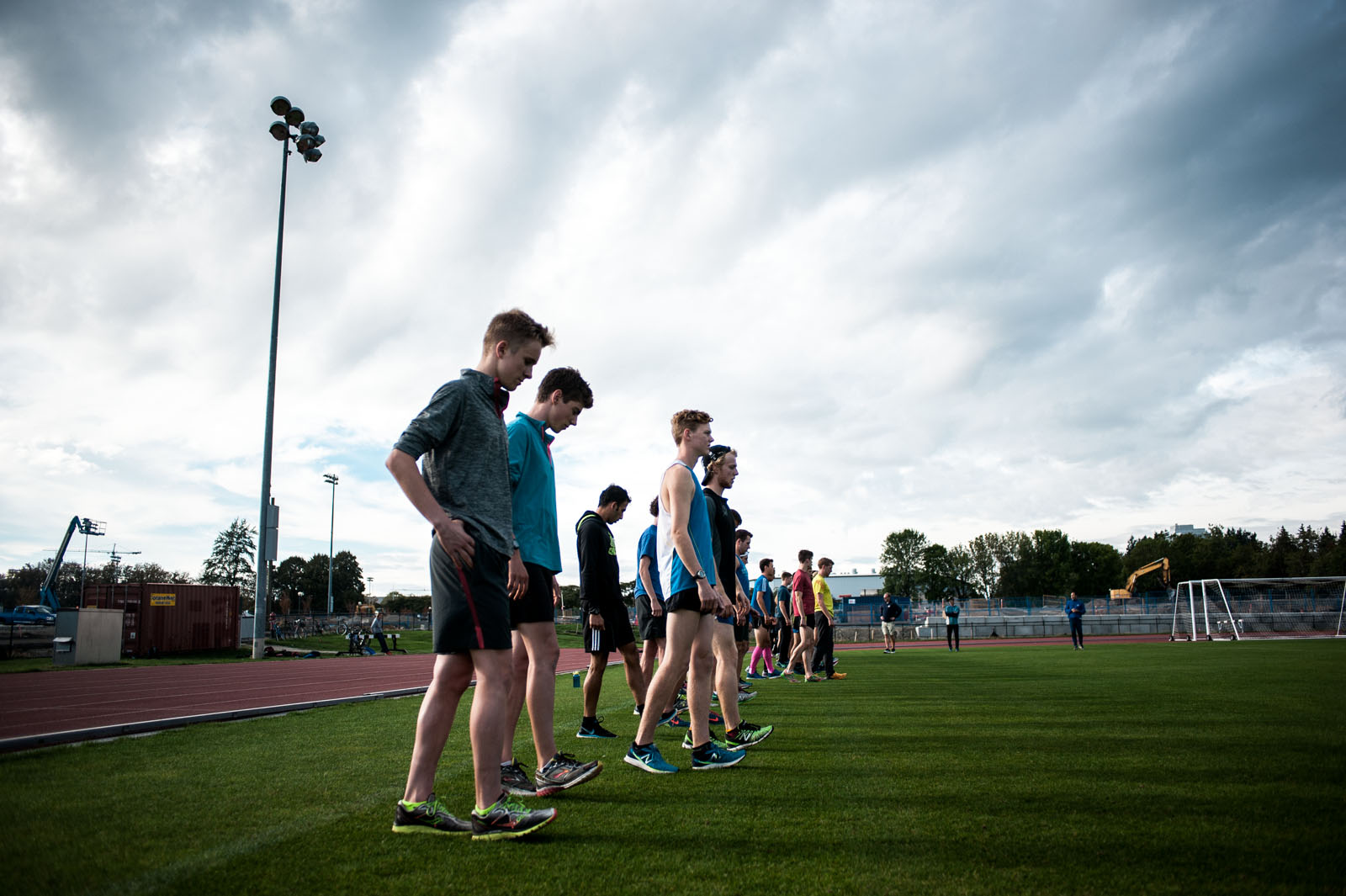 Cross Country, under their first new coach since 1987, has been keeping busy this year.

The team has now competed in three tournaments — the Sundodger Invitational, Charles Bowles Invitational and the Western Washington University Classic. The team has put up some pretty impressive results. The men’s team finished third at Bowles and seventh at both Sundodger and the WWUC respectively. The women also finished third at Bowles and posted sixth and ninth performances at Sundodger and WWUC respectively.

Jesse Hooton has consistently led the ‘Birds, finishing first for the team at both the Sundodger and WWUC competitions.

The women, led by Port Coquitlam native Kirsten Lee as well as newcomers Enid Au and Nicola Symonds have lived up to the high expectations since they arrived at UBC.