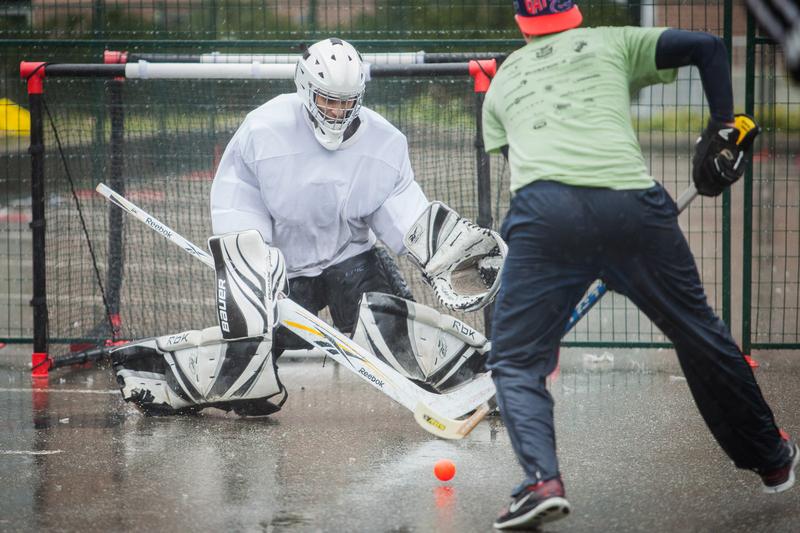 It's spring and that means all of the fraternities and sororities are out in full force, raising money through various tournaments, races, BBQs and bake sales. Check out some of the events below and help raise money for some great causes.

Join the brothers of Delta Kappa Epsilon in supporting the Canadian Cancer Society at their fifth annual Stick-It to Cancer ball hockey tournament. The three-versus-three, a plus goalie, tournament is always incredibly successful. Last year, it raised over $37,000 and they hope to raise over $40,000 this year. The event will be Saturday, March 19 at 10 a.m. along Thunderbird Boulevard.

Registration is closed, but the event is set to be a great one to watch. There will be a BBQ sale during the event with profits all going towards the event. Stick-It to Cancer will host at least 24 teams — both male and female — playing in this year’s tournament.

Alpha Gamma Delta’s third annual Alpha Getta Touchdown flag football event is being hosted on Sunday, March 20 from noon to 5 p.m. at Ken Woods and Warren Fields. Through team registrations, bake sale and BBQ during the event, Alpha Gamma Delta (AGD) is raising money for both the Juvenile Diabetes Research Foundation and the Alpha Gamma Delta Foundation, which provides support for AGD sisters all over the world.

While team registration has already closed, it will be a fun event even for those watching. There will be a raffle and “to die for” football themed treats. This event “will be super entertaining to watch,” said AGD philanthropy chair Joanne Kilinski. Come out and support Juvenile Diabetes research!

As Alpha Epsilon Pi’s new spring philanthropy event, they are very excited to host March Madness, a three-on-three basketball tournament on Saturday, March 26. AEPi is hoping to raise $1,800 for Innovation: Africa, a non-profit that aims to bring solar energy and clean water to rural African villages.

Team registration is open until March 19 and to teams of three to eight – no Greek affiliation needed! The tournament starts at 1:30 p.m. at the SRC. There will be a raffle as well as food available to buy. Everyone is welcome to swing by and watch the madness!

Come out and support Kappa Kappa Gamma’s biggest philanthropy event of the year – the third Annual Kappa Kourtside volleyball tournament! This event is in support of the Canadian Breast Cancer Foundation and will be located in the SRC on Sunday, April 3 from noon to 6 p.m.

You can support the cause by registering a team, joining the Mini Cheerleading Contest or just coming out and enjoying the raffle, bake sale and concession stand. Teams can be up to eight people and registration closes on Saturday, March 26. This event is sure to be a blast!

This article has been updated to reflect a new registration deadline.

A booth will be set up in the Nest every Tuesday and Thursday until the run from 10 a.m. to 4 p.m. if you’d like more information about the 5 km, would like to register or would like more information about the Wanted Children’s Foundation. The event also includes activities at the finish line, a BBQ and an inflatable bouncy slide. Psi Upsilon’s Philanthropy chair Jeriah Newman promises the event will be “humbling, exciting and successful.” Come out and support a cause close to the brothers’ hearts!

Looking more for a classy day of lawn sports? The brothers of Phi Delta Theta have your back with the ALS Triple Crown on Saturday, March 19 at 11 a.m. Head to Wolfson East Field to support the ALS Society of British Columbia. Rain or shine, the brothers will be out supporting their cause.

Teams of six can enjoy a variety of games including bocce ball, badminton and croquet. There are limited spots, so sign up as soon as you can — no Greek letters needed. There will be food and drinks for sale as well as a Phi Pelt booth where you can throw food at the brothers with proceeds also going towards the ALS Society.

This article has been updated to include this event.