Halftime Report: ’Birds up 47-43 over Ryerson 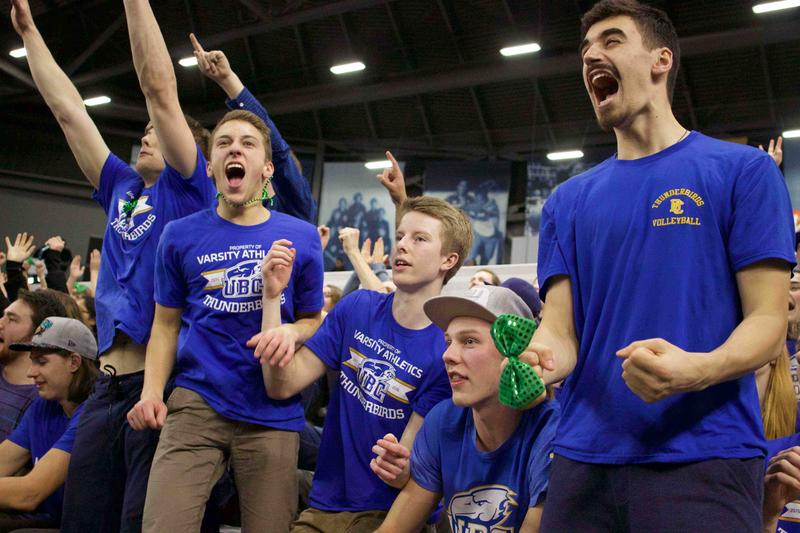 UBC started the game strong, up 8-2 in the opening minutes. Buoyed by an emphatic dunk from Conor Morgan, UBC was up 14-7 at the five minute mark in the opening frame.

The ’Birds played some of their best defence of the season in the first quarter, but strong shooting from the University of Ryerson Rams late in the quarter tightened the score.

A final push in the closing minute of the frame was highlighted by a pair of long jumpers from Phil Jalalpoor to widen UBC’s lead to 26-18. Due to strong shot selection, UBC shot 10-19 (52.6 per cent) from the field, including 4-for-6 from beyond the arc in the first quarter.

The ’Birds struggled to generate offence for several minutes in the middle of the second frame. A three-pointer from Jalalpoor at the four minute mark gave his squad an extra boost of energy to finish up the half.

Tying the game at 40, Ryerson continued to utilize their early dish-and-shoot offence. With two seconds on the shot clock, Jensen-Whyte pulled up for a long three-pointer mid-quarter to put UBC back on course.

David Wagner’s absence in the second quarter left a gap in the paint, which allowed Ryerson to pick up some rebounds and momentum along with it.

Notably, Jalalpoor was a key to UBC’s transition offence and played a full 20 minutes in the first half. He contributed 15 points, having shot three-for-five from beyond the arc. Jensen-Whyte’s impressive performance included 11 points, shooting six-for-six from the charity stripe.

However, Ryerson’s seven second-chance points and nine bench points allowed them to slow momentum for the ’Birds.

The crowd at the Doug Mitchell Thunderbird Sports Centre was swelling with UBC pride. Huge cheers for the T-Birds hustle gave the team a noticeable boost during several key moments in the half.