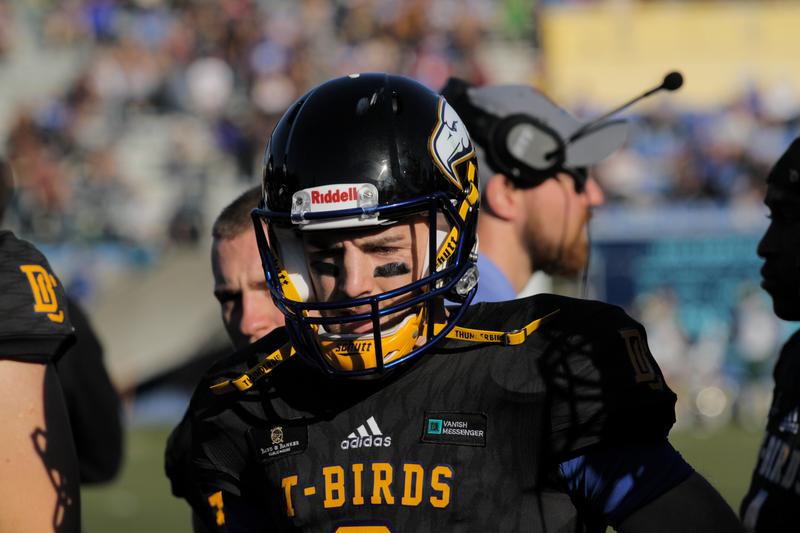 The 'Birds are focused on a deep playoff run. Patrick Gillin

Coming off of a 6-2 regular season record, the Thunderbirds football team has earned its spot in the Hardy Cup semifinals, where the team will host the Regina Rams.

The ’Birds finished second in Canada West after the 44-15 win against Rams in the last game. Regina finished with a 4-4 record in third place, which puts the two teams head-to-head for the upcoming playoff game — UBC gets home field advantage.

Looking back on the regular season, UBC head coach Blake Nill is impressed by his team’s overall effort, especially with many members of the coaching staff being new to the team.

“I think our pride has to start surfacing now,” said Nill. 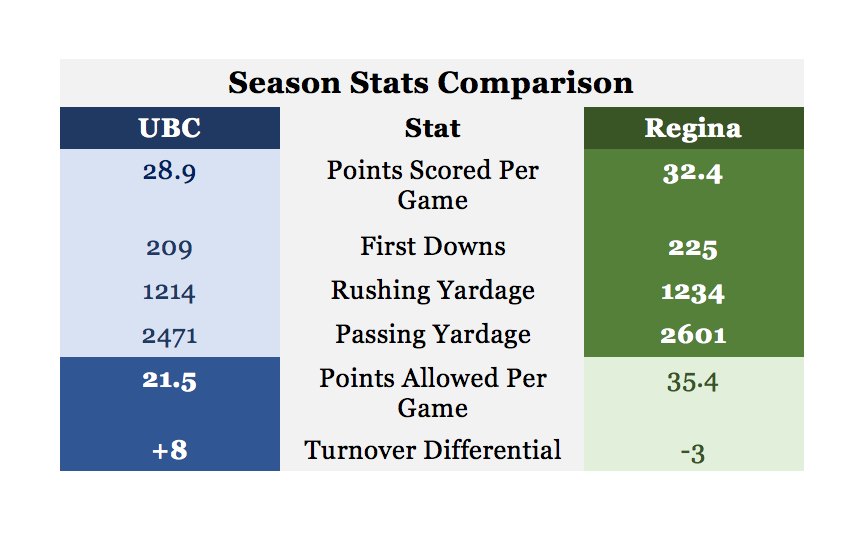 If the stats are any indication, this weekend's game will be a close one.

Knowing that the ’Birds will host the first playoff game at home has made the planning process logistically easier for Nill.

“I was doing plan B’s. I had booked flights, booked hotels, booked meals, booked buses, talked to academics about must-miss. Now we’re playing here and [the Rams] can do that,” said Nill.

For fifth-year T-Bird receiver Alex Morrison, the biggest thing to look forward to with the home field advantage is the amount of fan support.

“We’re definitely excited with all the fans. It’s great playing in front of our home crowd,” said Morrison. “Family and friends are coming out, so it’s definitely something that we like to do.”

While the playoffs are just beginning, Morrison — who is in his final year of eligibility with the ’Birds — is already hoping for a Vanier Cup championship. Last summer, Morrison was drafted to the CFL’s Montreal Alouettes, but decided to return for his final year with UBC. 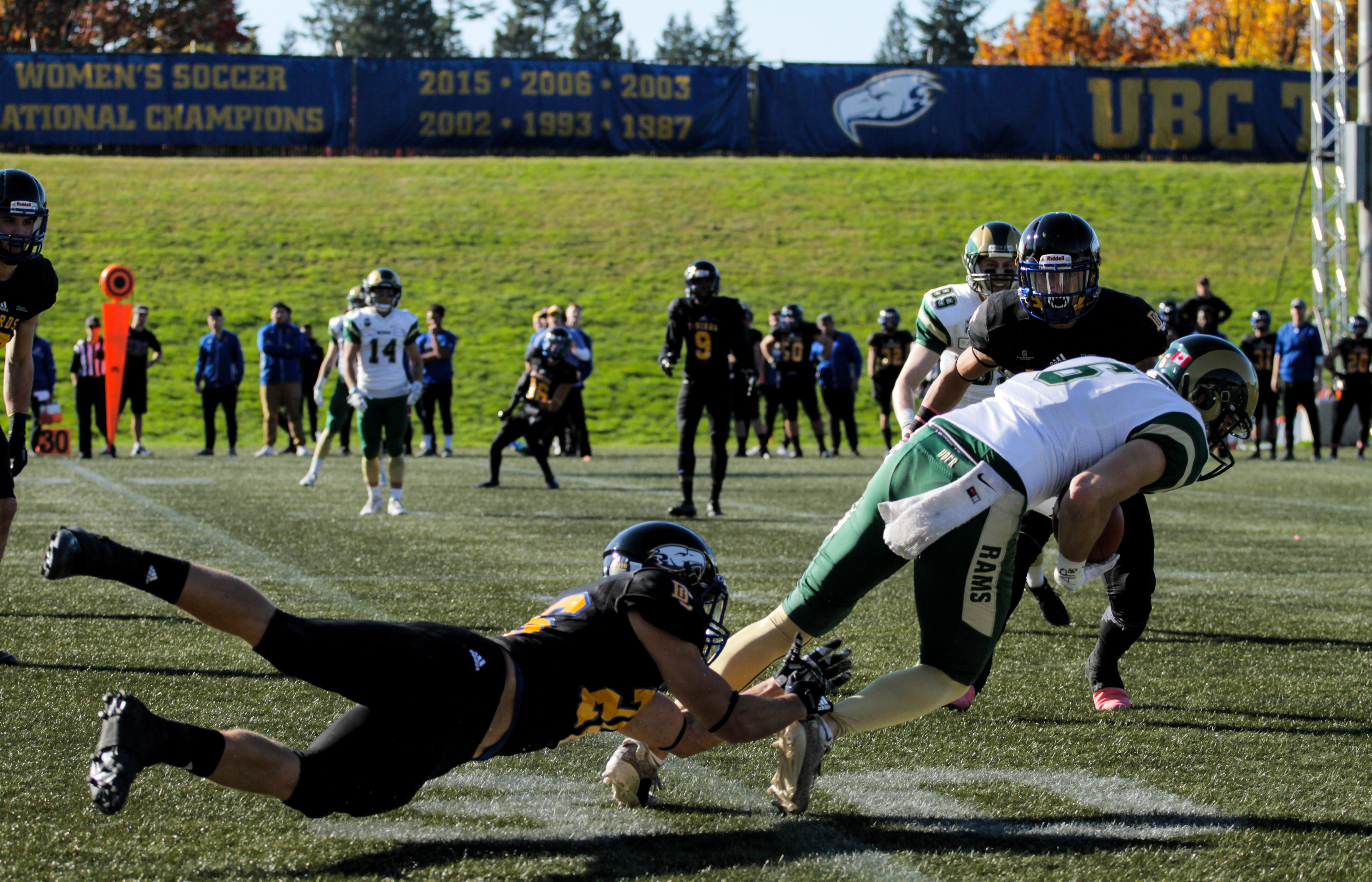 “One of the biggest decisions in coming back rather than staying with the practice squad [of the Alouettes] was to finish my degree and win another national championship,” said Morrison. “That’s something that every fifth-year guy wants to finish off a career with.”

As much as there may be for the team to look forward to, the next game will not be an easy ride for the ’Birds. The biggest challenge that UBC will have to overcome is Regina quarterback Noah Picton, who averaged 311.4 yards per game during the regular season.

Even so, UBC is ready for the challenge.

“By no means are we a finished product,” said Morrison. “Each week, it seems we’re taking a step forward and every game is worth a little more now.”