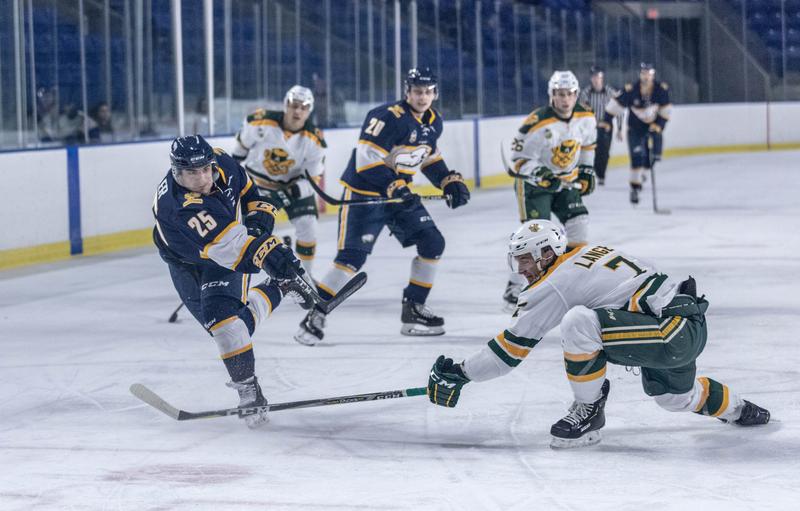 With plenty of new recruits, the 'Birds will need to find chemistry fast against the Badgers Salomon Micko Benrimoh

The UBC Thunderbirds men’s ice hockey team is set to take on the University of Wisconsin-Madison Badgers in a pre-season two-game friendly series on Friday, August 30 and Sunday, September 1.

It will be the first time in a while that the Thunderbirds take on a National Collegiate Athletic Association (NCAA) Division I team, let alone one of the most successful ice hockey programs south of the border.

The Badgers are six-time NCAA national champions, having most recently won in 2006 and having made the NCAA Frozen Four 12 times. Their 2010 trip was also backstopped by Toronto Maple Leafs defenseman Jake Gardiner.

The current Badgers roster features 10 players who have been drafted by NHL teams. They include Alex Turcotte, who was drafted with the fifth overall pick by the Los Angeles Kings, and Cole Caufield, who was drafted 15th overall in the first round by the Montréal Canadiens, in the most recent NHL draft.

The Thunderbirds ended last season early with a Canada West quarter-final loss to the Mount Royal University Cougars. So if anything, they will be wanting to start their new season on a high note with a win over one of the most storied and respected NCAA Division I programs.

It will also be interesting to see how quickly the Thunderbirds and Badgers can generate team chemistry with their new talents, with the Thunderbirds bringing in just under 10 new players this season to help make up for the departure of veterans Adam Rossignol, Riley Guenther and Micheal Sterneson. Both Rossignol and Guenther have moved on to professional contracts in Hungary and France, respectively.

The games will also serve as an extra special homecoming for Nate Fleming, a Thunderbird alumnus who will serve as assistant coach to Sven Butenschön after completing a pro career in Scotland with the Edinburgh Capitals of the Elite Ice Hockey League and in Australia with the Melbourne Ice of the Australian Ice Hockey League.

Both games against the Wisconsin Badgers will be played on campus at Father David Bauer Arena with puck drop times of 7 p.m. for Friday’s game and 4 p.m. for Sunday’s game.

After their challenge against the Badgers, the Thunderbirds will move on to the Captain’s Cup series against the Trinity Western Spartans, MacEwan University Griffins and the Simon Fraser University Clan before finally beginning the 2019/20 Canada West and U Sports season on Friday, September 27 against the University of Alberta Golden Bears at the Doug Mitchell Thunderbird Arena.