Homecoming, while a close call, was a huge success 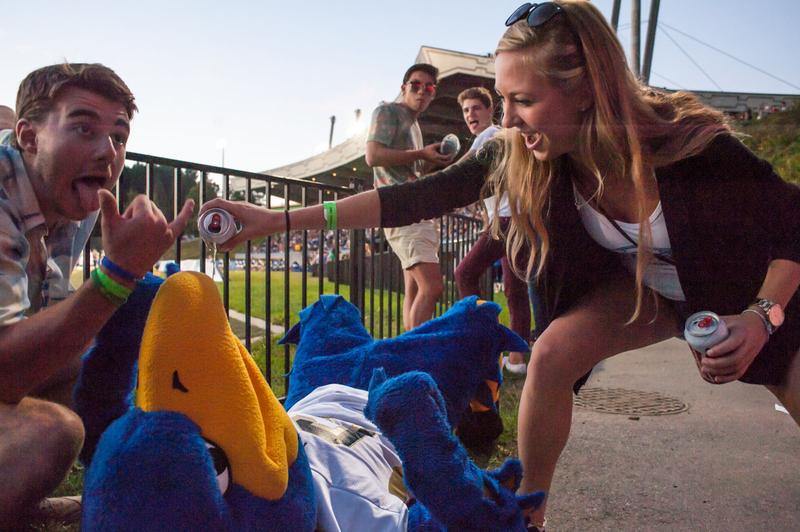 Homecoming was a smashing success this year with some minor bumps along the way. Photo Kosta Prodanovic / The Ubyssey

It was close -- a little too close -- at the end. Regina was ramming the Thunderbirds’ defence farther and farther into their own half. Then Taylor Vieira launched the ball into the ‘Birds’ end zone and Mitchell Picton reached his hands out -- the stadium was silent. A 24-1 lead was down the drain and it was another disappointing Homecoming. “Homecoming Disappointment,” would have been the headline this week if not for Taylor Loffler’s game-saving interception. The crowd exploded, the team jumped and cheered while the Rams lowered their heads -- the game was over.

No one predicted the game would end on such a close call after the dominant performance put on by the T-Birds in the first half. Three touchdowns, a field goal and a defence that only allowed one point -- the bleachers were starting to empty before the half was even over. The first half of Homecoming showed what coach Blake Nill, his new recruits and the rest of the football team are capable of. The game boasted unrelenting air attacks courtesy of Michael O'Connor, bruising defensive tackles by Terrell Davis and his line, as well as huge catches from Will Watson, David Mann and Alex Morrison. That’s the team the Thunderbirds could be every game, but they have a long way to go before that is a reality.

Look at the stats, and you may wonder how the ‘Birds won. The Rams earned more first downs and rushed for five times as many yards (sure, Deschamps was out, but still) as the T-Birds. The Rams even out-threw UBC 342 yards to 303. At least we out-punted our Homecoming opponents -- again.

The second half was not pretty at all. It was lazy football and the game was nearly lost because of it. Nill blames the inconsistencies on many of the players' youth. The team is young, but the lack of effort is a major problem that needs to be addressed soon. The Rams aren’t the best team around (though they are still a competitive one), but they have nothing on Manitoba -- whom the ‘Birds face this week -- or Calgary who already showed UBC who was boss. Without more consistent play, the team can expect to come out somewhere around 4-4. This is better than last year, but leaves questions about the massive resource boost the team has seen this year.

But enough about the game -- Homecoming was about a lot more than football. Pre-drinking in the new SUB, trekking around campus to the stadium, a pre-game street party and a Pit party all surrounded the game and didn’t face any of the ups-and-downs the team did. Free beer in the SUB produced less of a crowd than one would expect for free alcohol, but it started early and the Welcome Back BBQ was the night before so the crowd was understandable.

The trek was noticeably bigger than last year. Although many of those who came out for it where athletes themselves, it was a good time and attendance grew as the crowd stopped by Place Vanier and Totem Park. The real party started at the stadium with the street parade. Thunderbird-themed blow-up games, drinks, food trucks, music and face painting were all featured at the event. People showed up to hang out, drink and pre-game -- it was a huge success.

Much of the success of the event was due to massive social media campaigns undertaken by the AMS, UBC Recreation and The Calendar. Free beer from a variety of sources certainly didn’t hurt to bring out the largest crowd in recent memory. If UBC is to continue to grow in athletics, this is the way -- social media, student involvement and adult beverages.