Homecoming: more than a football game 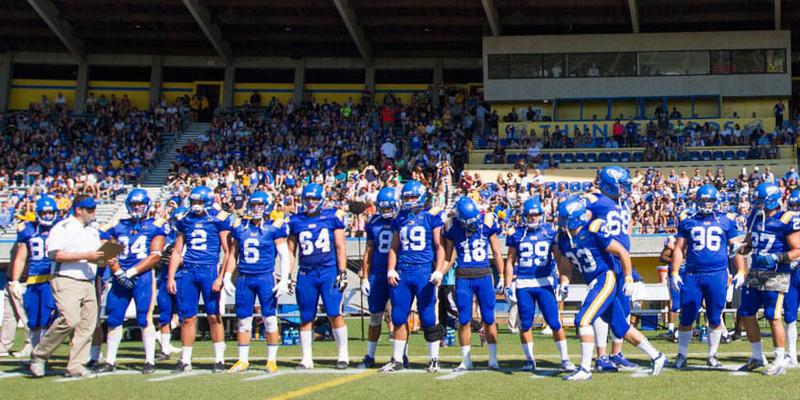 So you’ve bought a ticket to Homecoming tomorrow, but don’t really know what you're in for. What’s all the hype? For those with an observant eye on the varsity teams, you may have noticed it isn’t even the football teams first game at home this season — for anyone new to campus, you may be wondering why the school is so blue-and-gold-clad this week in the first place.

First off, Homecoming is to celebrate the return of alumni to the school, whether it be five or 50 years since they attended UBC. It’s not a homecoming for the football team, but for members of the UBC community — you’re welcome for the explanation, it baffled us a bit too. 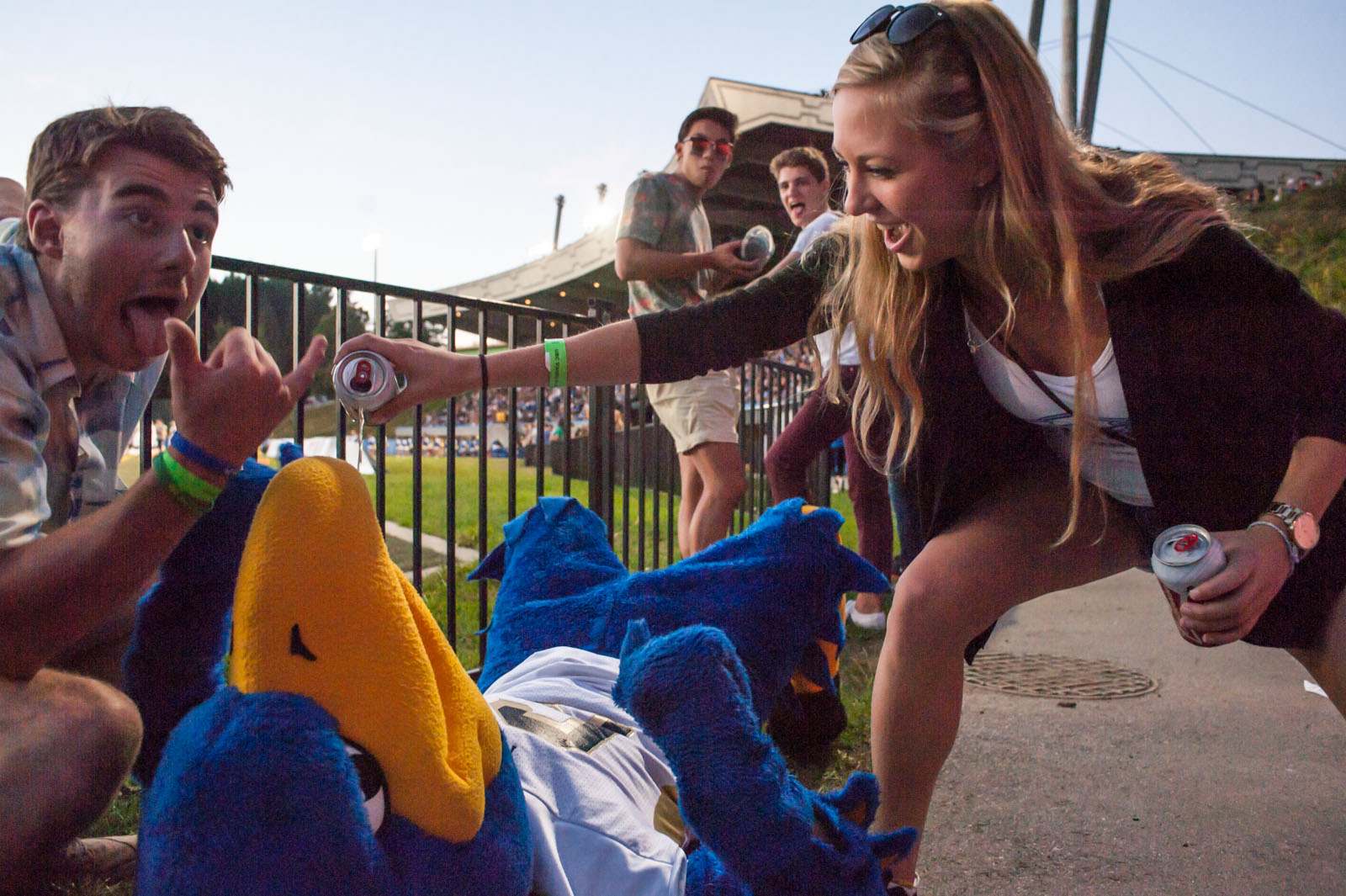 What can you expect? A huge all-campus party, that just so happens to centre around a football game between the 'Birds and the University of Saskatchewan Huskies — but it doesn’t just start at kick-off. In fact, the celebration started earlier this week.

“We’ve really been able to decorate, turn on Main Mall so that when people [walked] on to campus on Monday they’re like, ‘Whoa, it’s Homecoming week!'” said Robert Morton, manager of campus experience for UBC.

As for tomorrow's festivities, students can get their game face on hours before the game with the Homecoming Trek, the annual pre-game march through campus to the stadium. Leaving from just outside the UBC Bookstore at 2:30 p.m., catch the parade of blue and gold as they weave their way around campus to Ponderosa, Place Vanier, Marine Drive and Totem Park before converging on Thunderbird Stadium at 3:30 p.m. The march itself includes 20 student-run organizations and over 15 other varsity teams, so there will be plenty of new faces for you to storm the campus with. 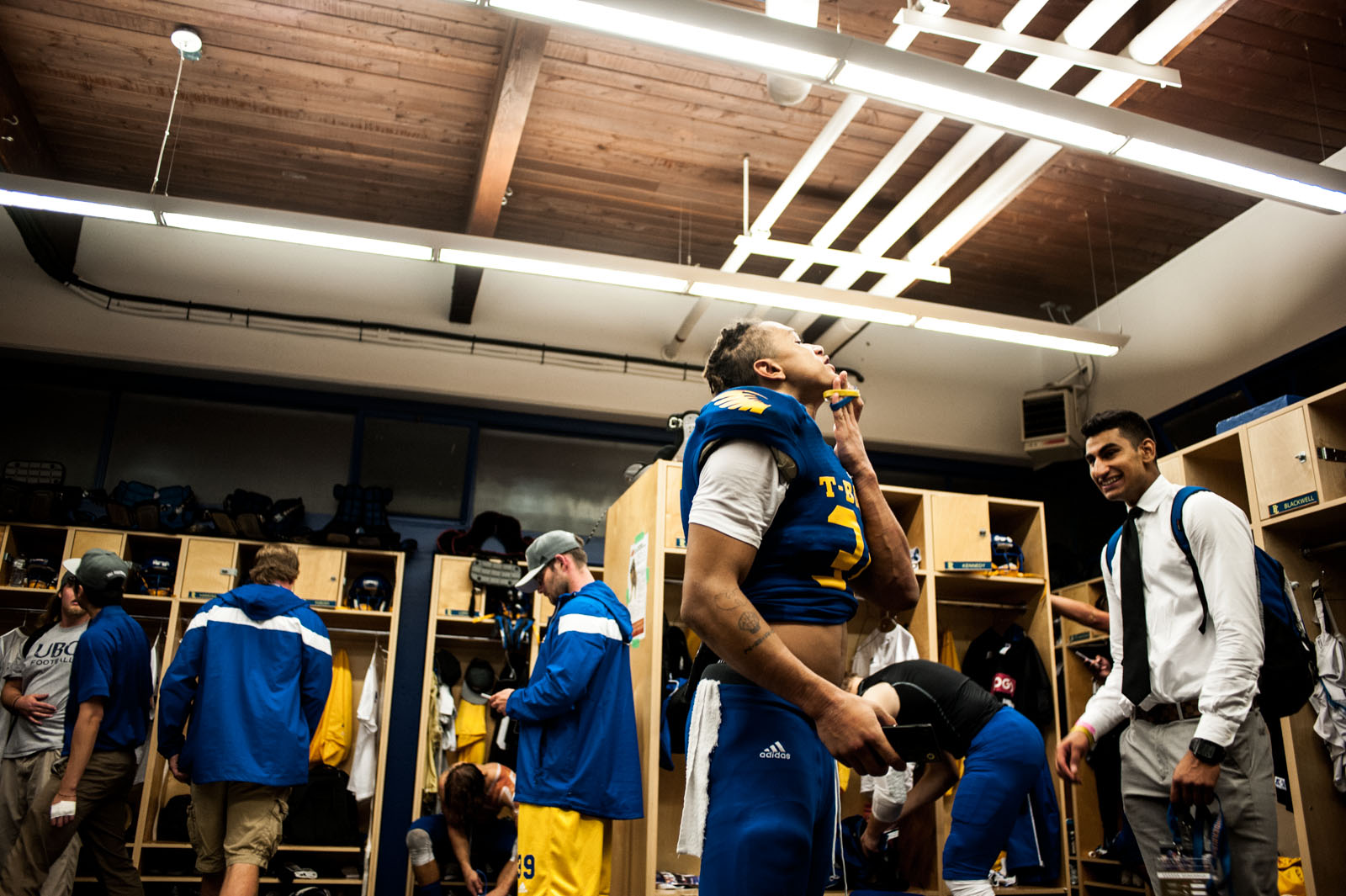 “The [Homecoming Trek] is going to be bigger and better than ever,” said Morton. “There’s way more clubs involved than there have been before, all the residences are getting involved — not just the first years, and Santa [Ono] is rumoured to be joining.”

From there, it’s street party time, with UBC offering outdoor games, live music, food and drinks. UBC has upped their game this year too, adding in a 55-foot Ferris wheel for students to enjoy the views over to Vancouver Island before packing in to the stands like sardines for 5 p.m. kick-off.

Morton also suggested there will be a few more surprises at the game, though “those are for when people get there.”

Rumour has it Ono will crowdsurf. 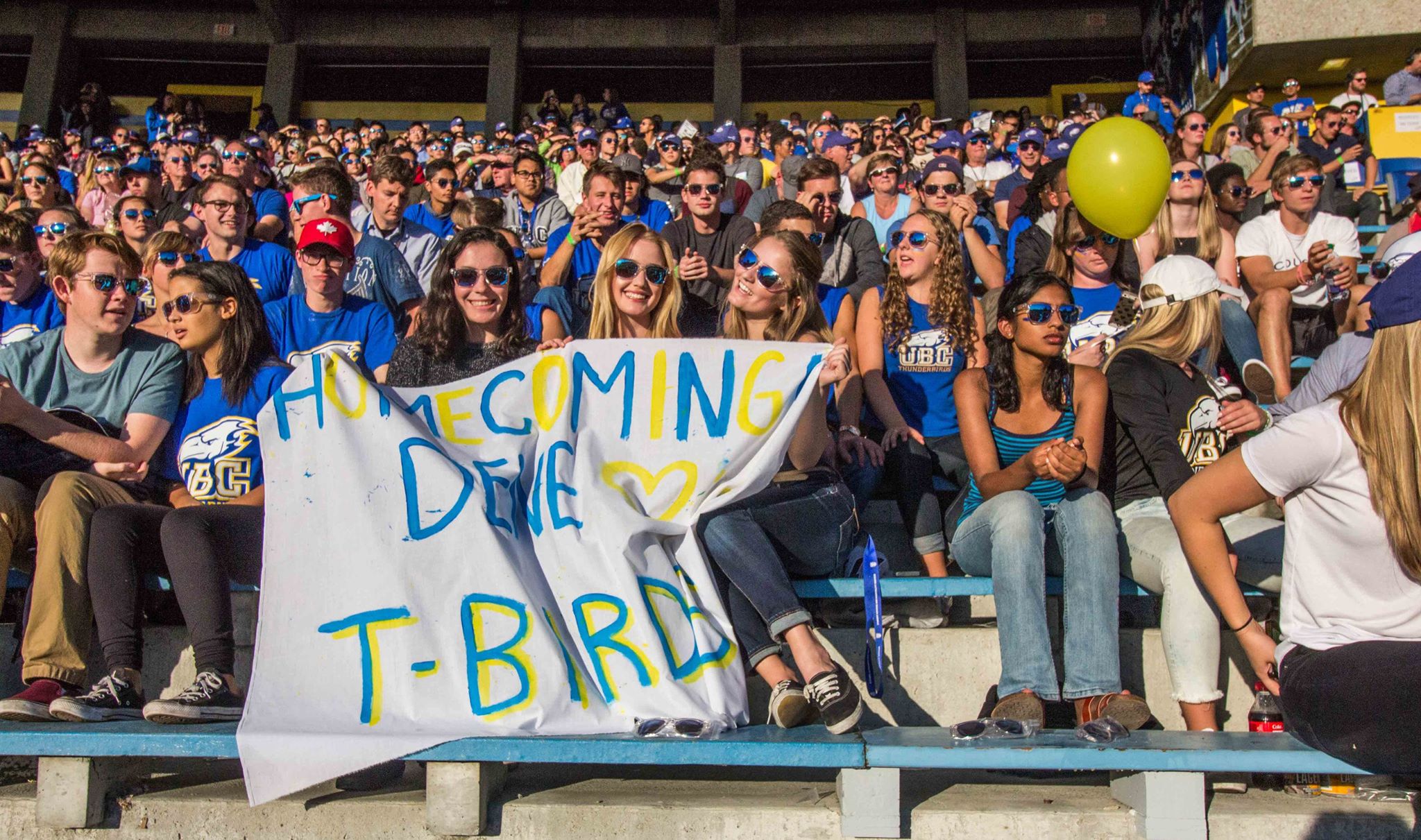 And if you're a sports fan, the game should be a good one too. The Saskatchewan Huskies are 2-0 this season, which means UBC can expect a fierce battle. Still, football wouldn’t be so exciting if it weren’t competitive, would it?

Head-to-head, UBC is out for some revenge this weekend after a tough 10-40 loss against the Huskies in 2016. But, with coach Nill and his coaching staff bringing in some new, impressive talent this season alongside their staple veterans, Saskatchewan will need to be ready for a new-look UBC team.

It’s a full afternoon commitment for those who want to dive head first into Thunderbird spirit. That said, the weary can also rally at your own pace. Either way, it's UBC's 2017 coming out party and everyone is invited.