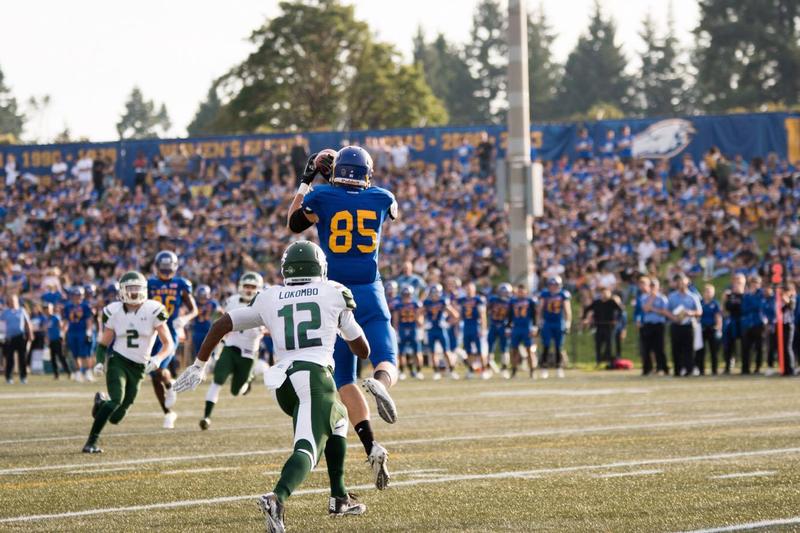 The ‘Birds lit up Thunderbird Stadium on Saturday night, outgunning the University of Saskatchewan Huskies and impressing the Homecoming crowd with a 31-10 win.

The game boasted an attendance of 9,542 football fans — the third-largest crowd in Canada West history according to UBC Athletics. 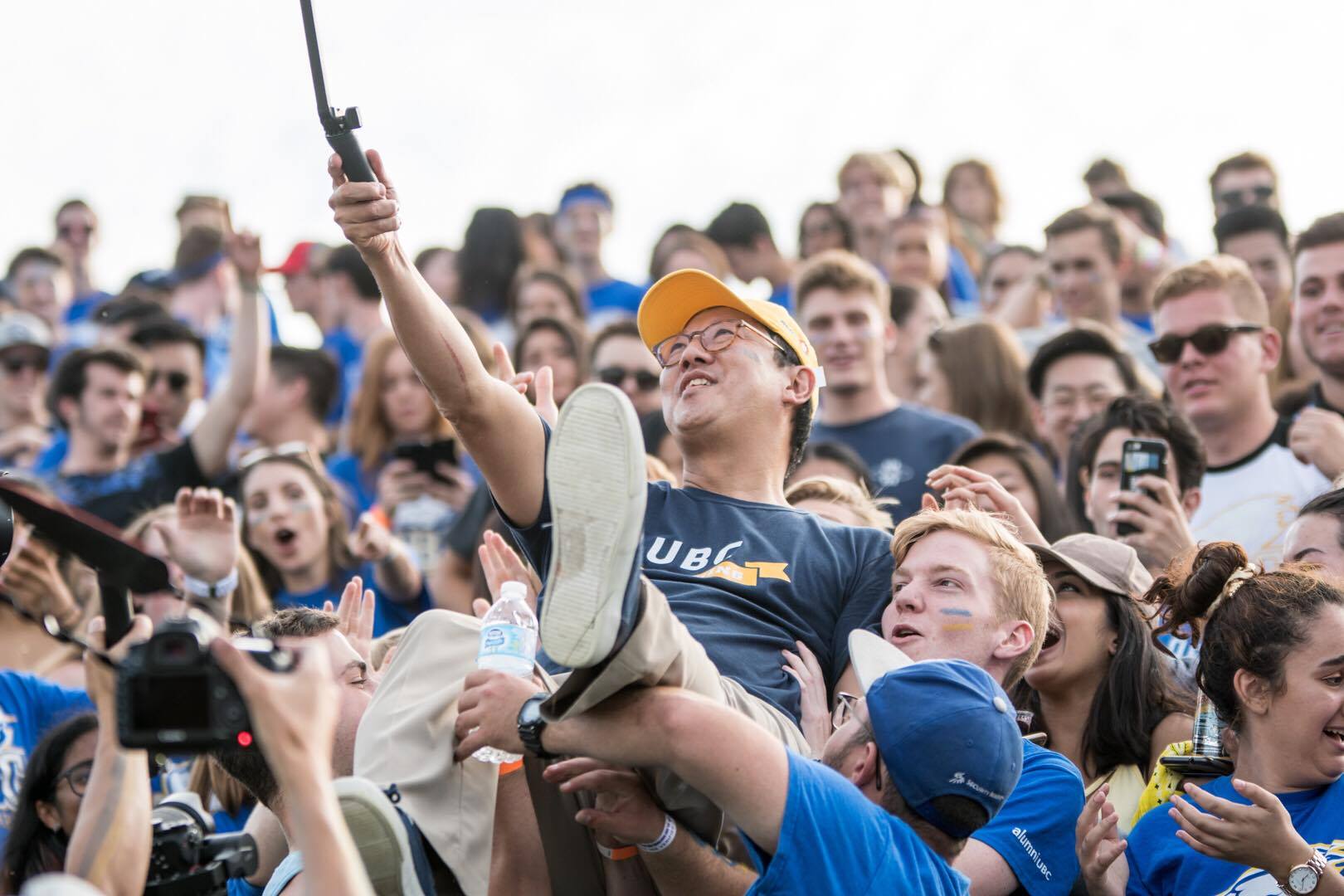 President Ono gets a camera out for his crowdsurfing adventure mid-game. Jeremy Johnson-Silvers

“It was an awesome experience. It’s the most [fans] I’ve ever been around here at UBC, so if we could get that every game then that’d be awesome,” said T-Bird defensive back Stavros Katsantonis after the game.

UBC was quick to get onto the scoreboard on their first possession, when receiver Alex Morrison caught a pass from quarterback Michael O’Connor before finding an open path to the end zone for the touchdown, picking up 93 yards on the play.

Five minutes after Morrison’s touchdown, running back Colton Klassen evened up the score for the Huskies.

At the start of the second quarter, the ’Birds responded with a field goal to retake the lead. With the home team up 10-7, the game went into a stalemate thanks to strong defensive play by both teams.

No scoring play came again until nine minutes into the third quarter, where the T-Birds scored back-to-back touchdowns. First, Ben Cummings capped off a successful drive with a seven-yard rush to the end zone. UBC’s next drive was another round of strong offensive plays, including a 45-yard pass by O’Connor to receiver Trey Kellogg. Receiver Trivel Pinto got the touchdown for the ’Birds on a 23-yard reception.

With UBC leading 24-7 after three quarters, Saskatchewan notched one field goal to bring their tally to 10 points while kicker Greg Hutchins secured two field goals in UBC's favour in the final frame. The ’Birds also picked up a rouge, making the final score 31-10 in favour of home side. 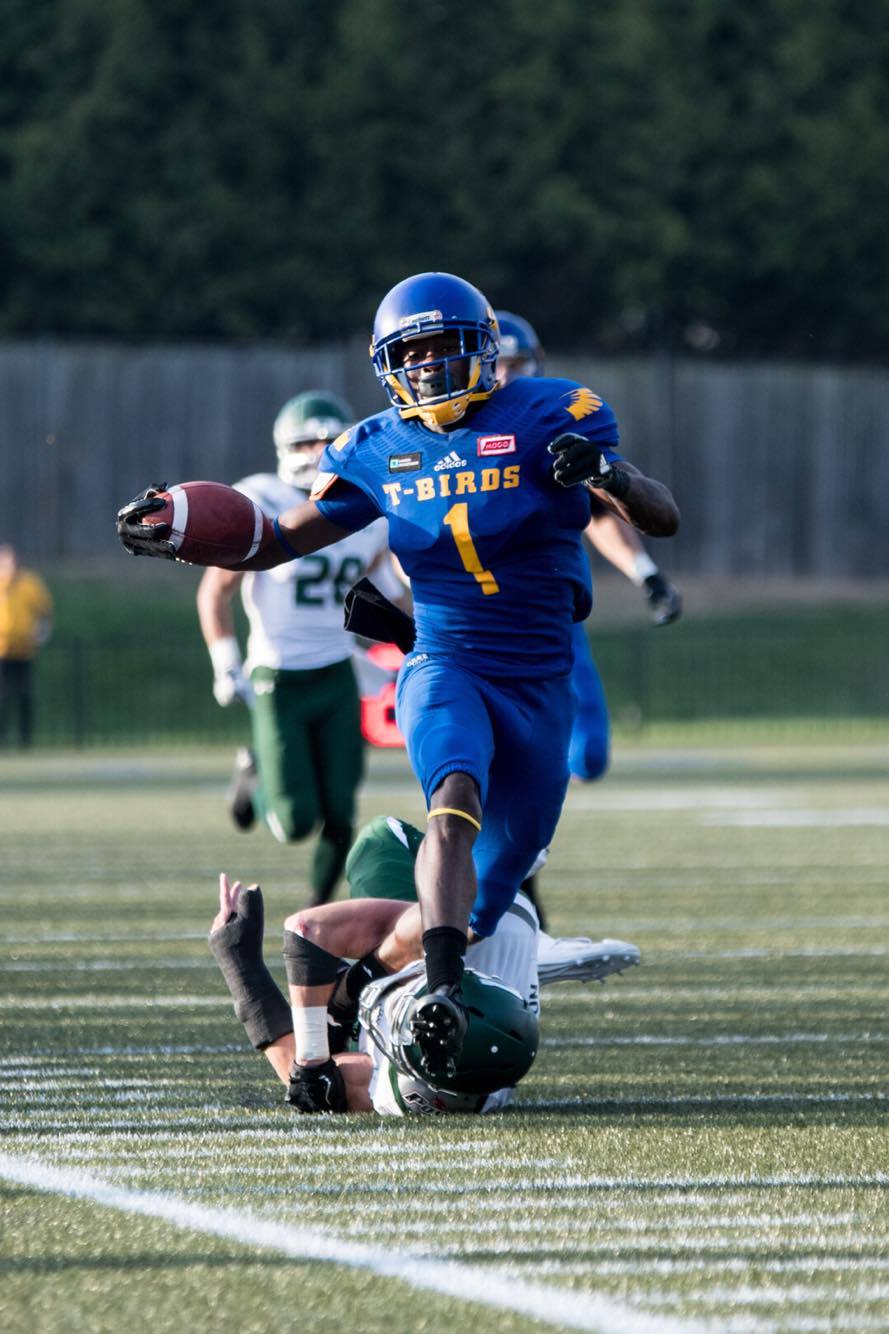 Trivel Pinto attempting an escape from the hands of the Huskies defence. Jeremy Johnson-Silvers

UBC head coach Blake Nill credited the win in large part to the T-Bird defence. Saskatchewan scored 87 points in their previous two games, making them a challenge for any defensive line.

“You got to give credit to coach [Pat] Tracey and his staff and also the players for executing,” said Nill. “We run a complicated defence.” 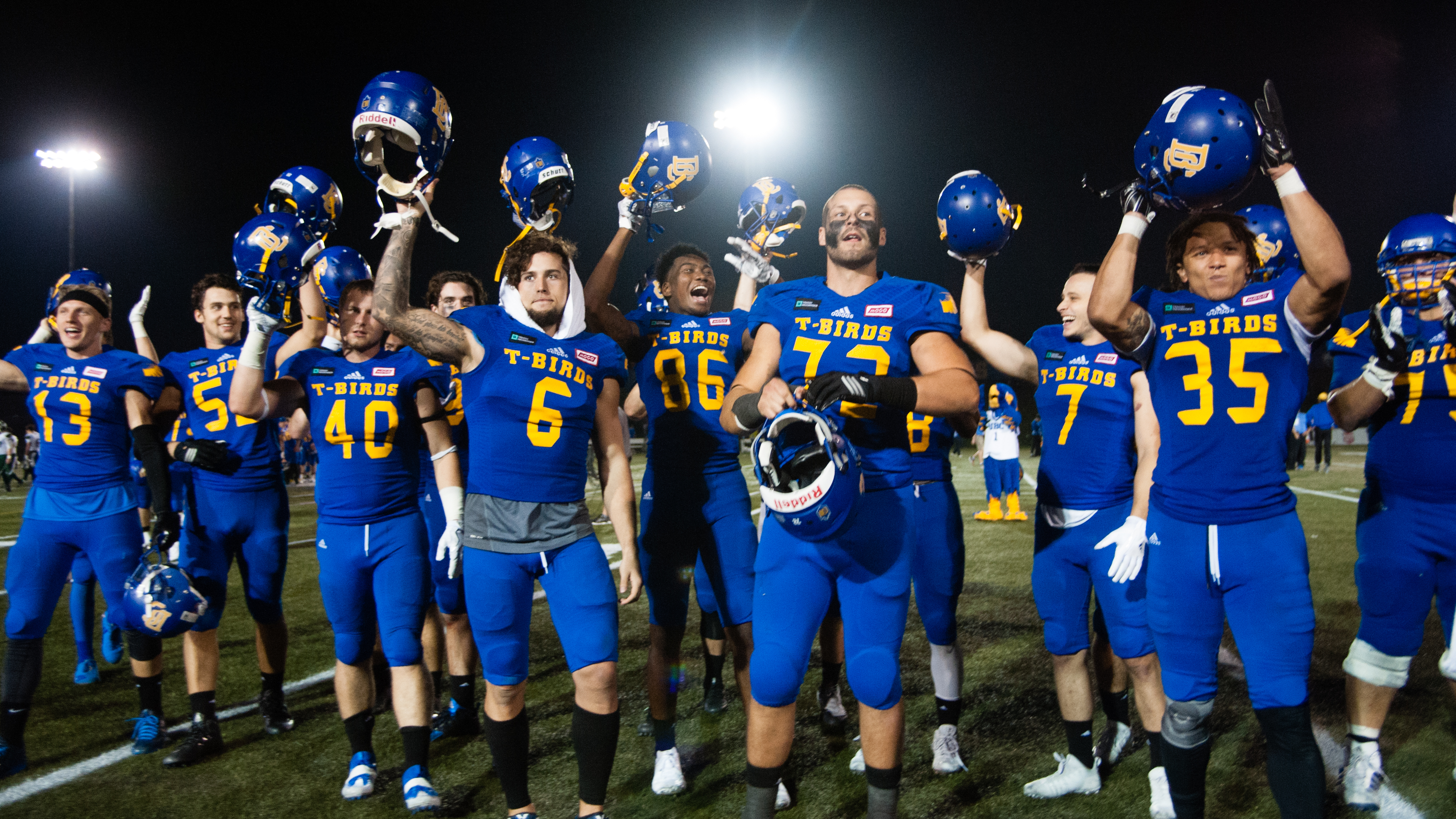 The T-Birds salute the crowd after their 31-10 win. Patrick Gillin

Nill was also thankful for the support from Ono and the amount of school spirit during the game.

“I just want to thank [Ono] for his genuineness in the way that he interacts with our students and the importance on place in athletics,” said Nill.