A new series designed to showcase the best work from our staff photographers, In Photos brings you the best images and visual storytelling from across campus.

The first instalment features the men's soccer home opener on August 25, 2017, where UBC defeated the University of Fraser Valley (UFV) 1-0. 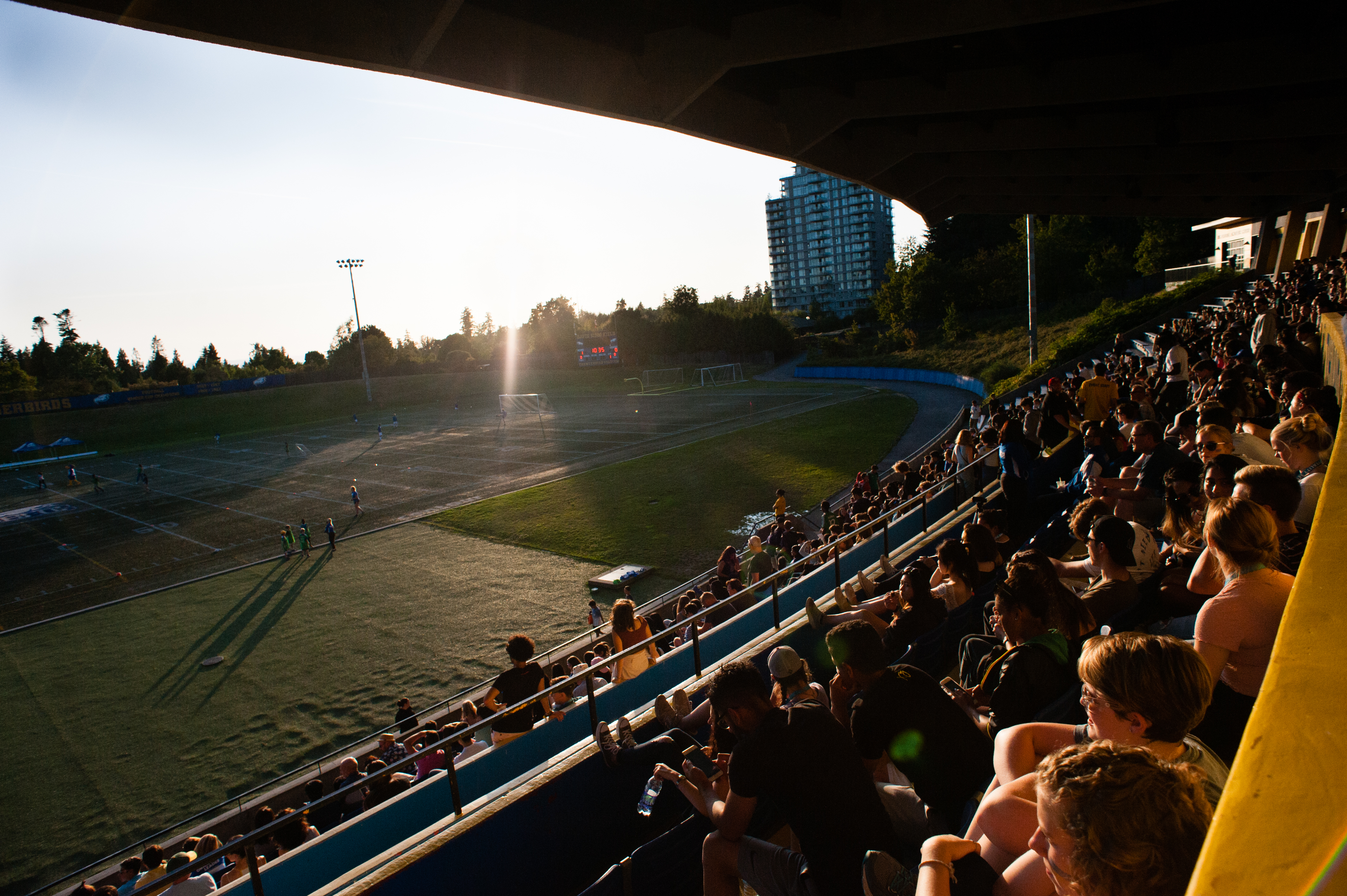 A large crowd of Jumpstart students filled the stands for the game. 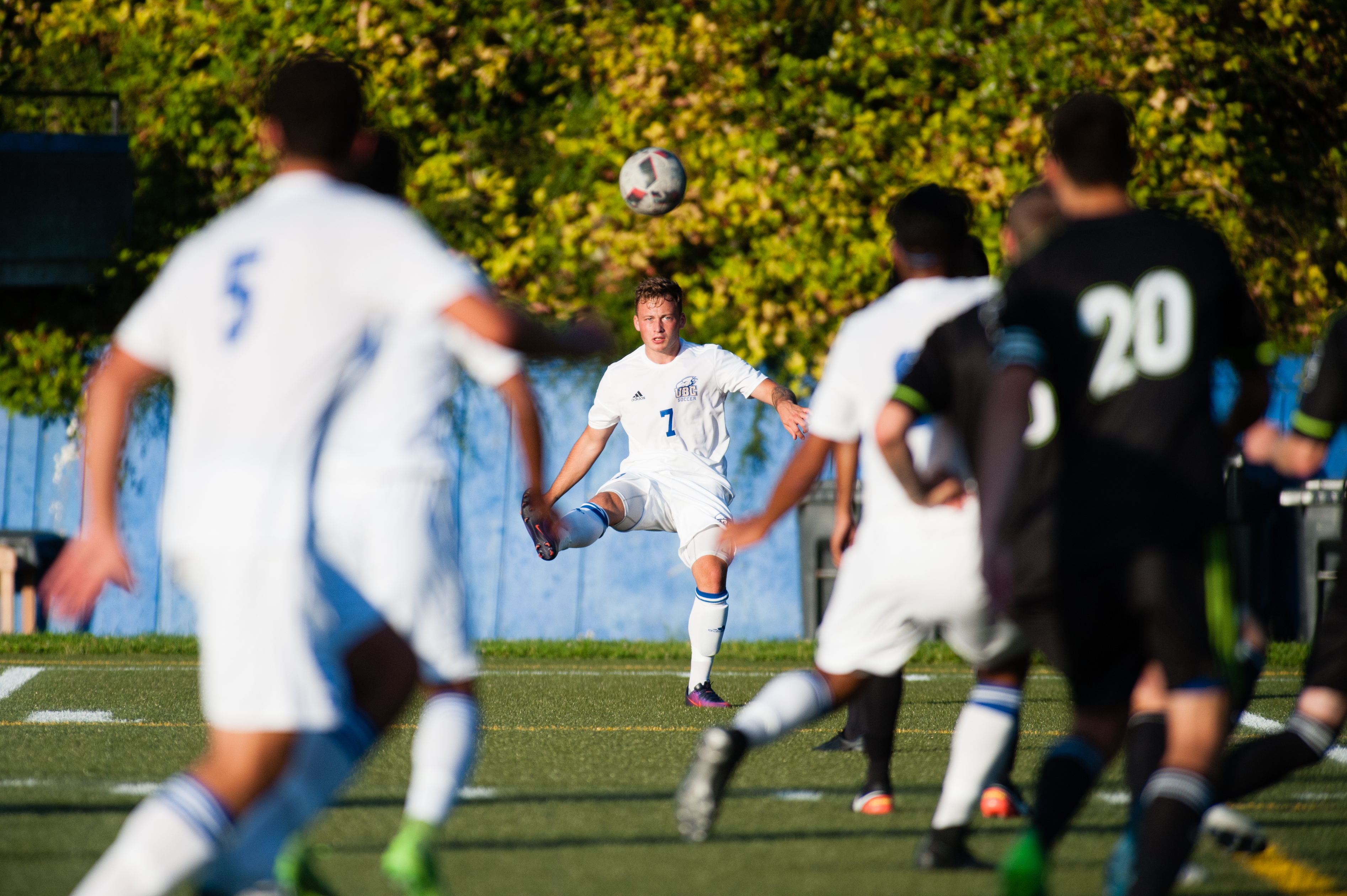 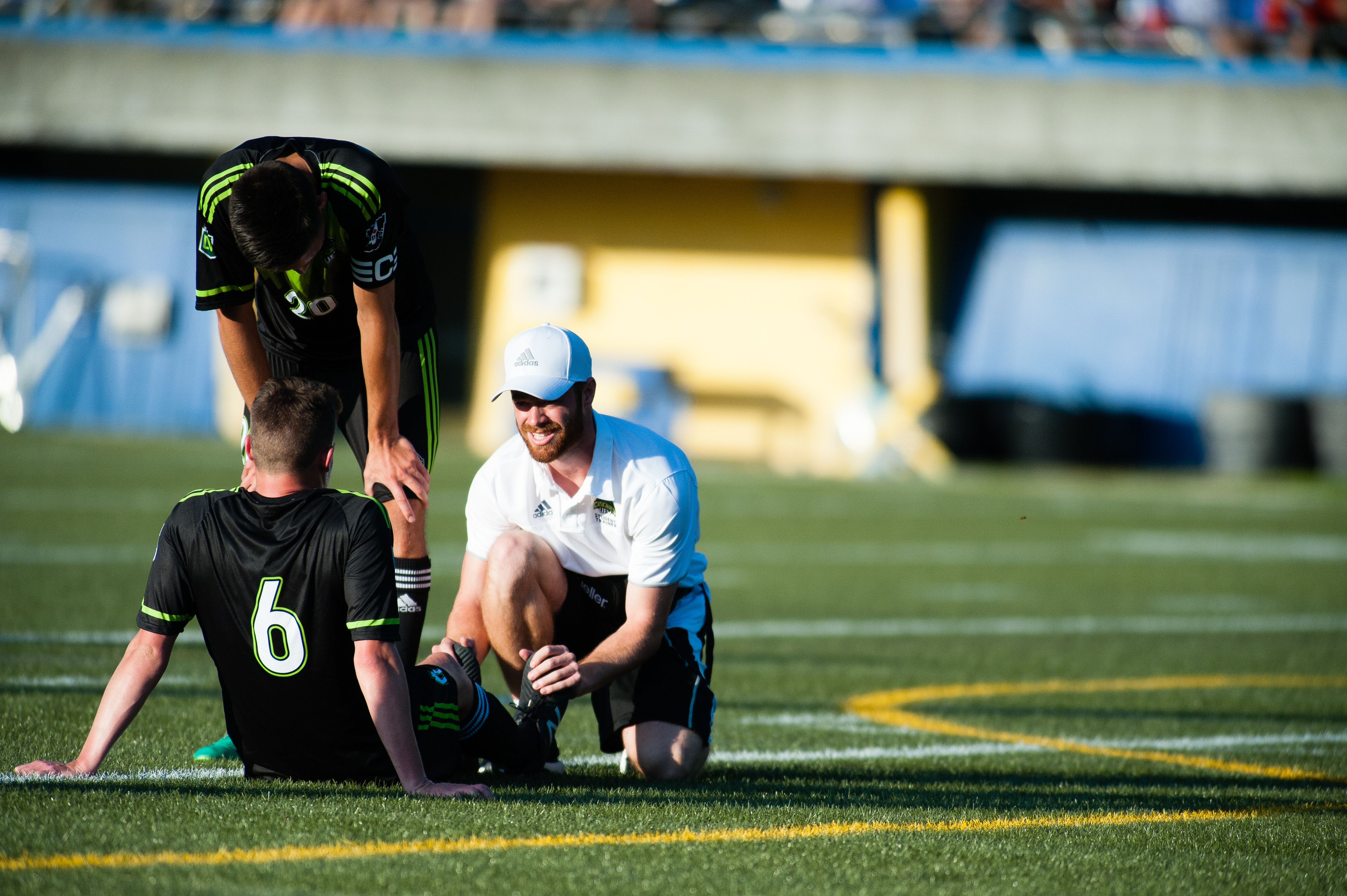 A trainer helps Cascades midfielder Spencer Williams after an injury in the first half. Williams later left the stadium on crutches. 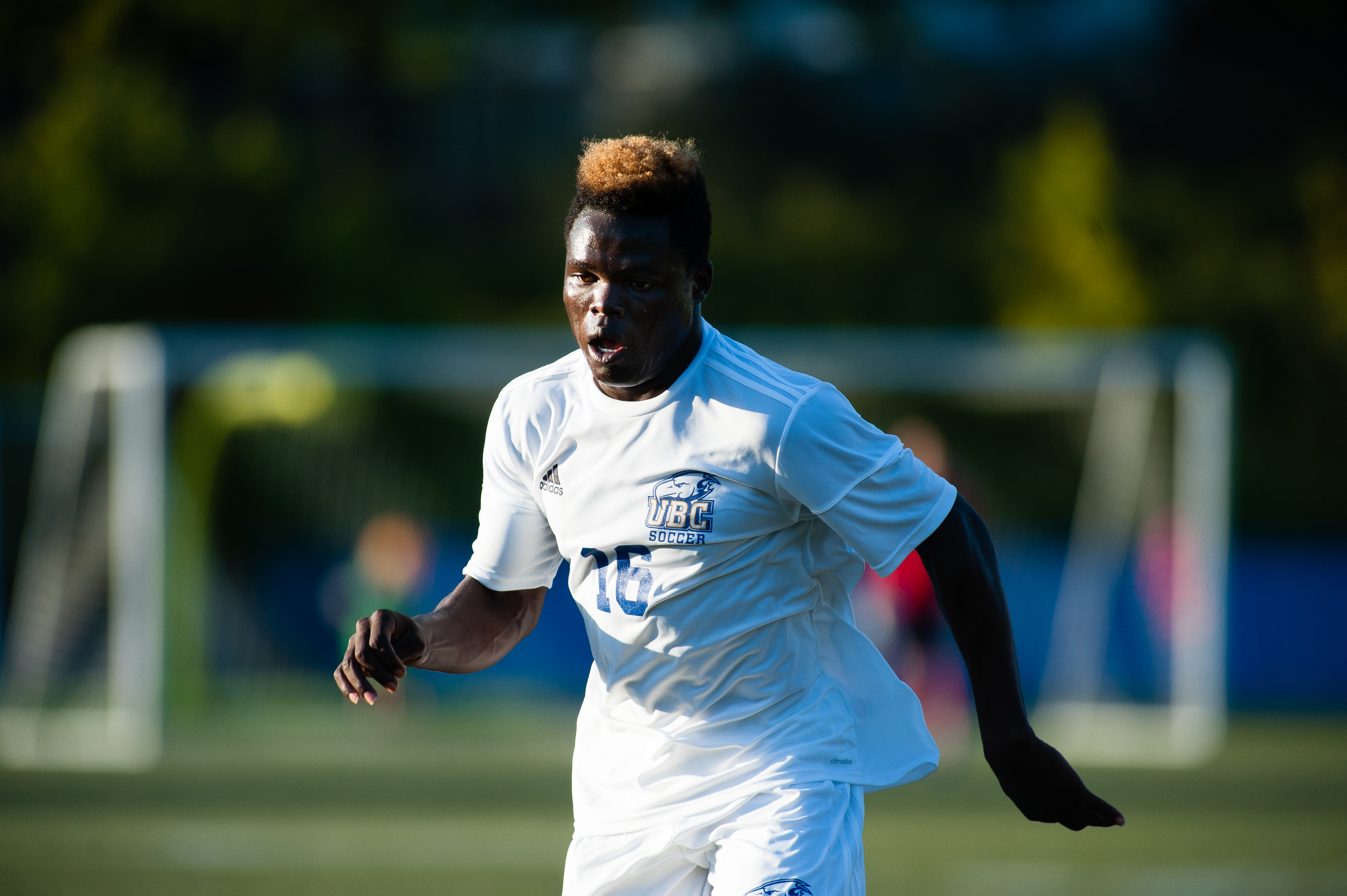 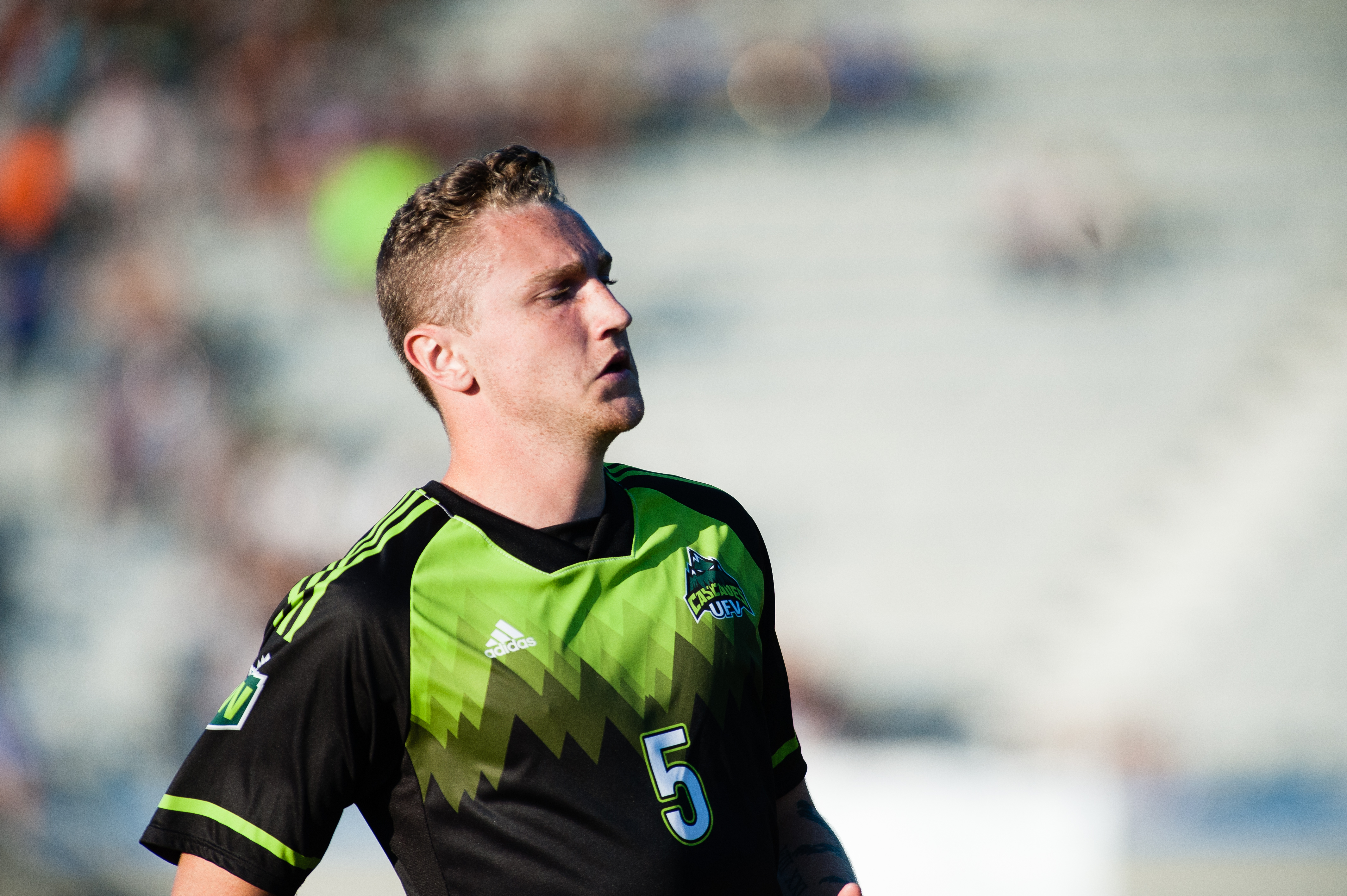 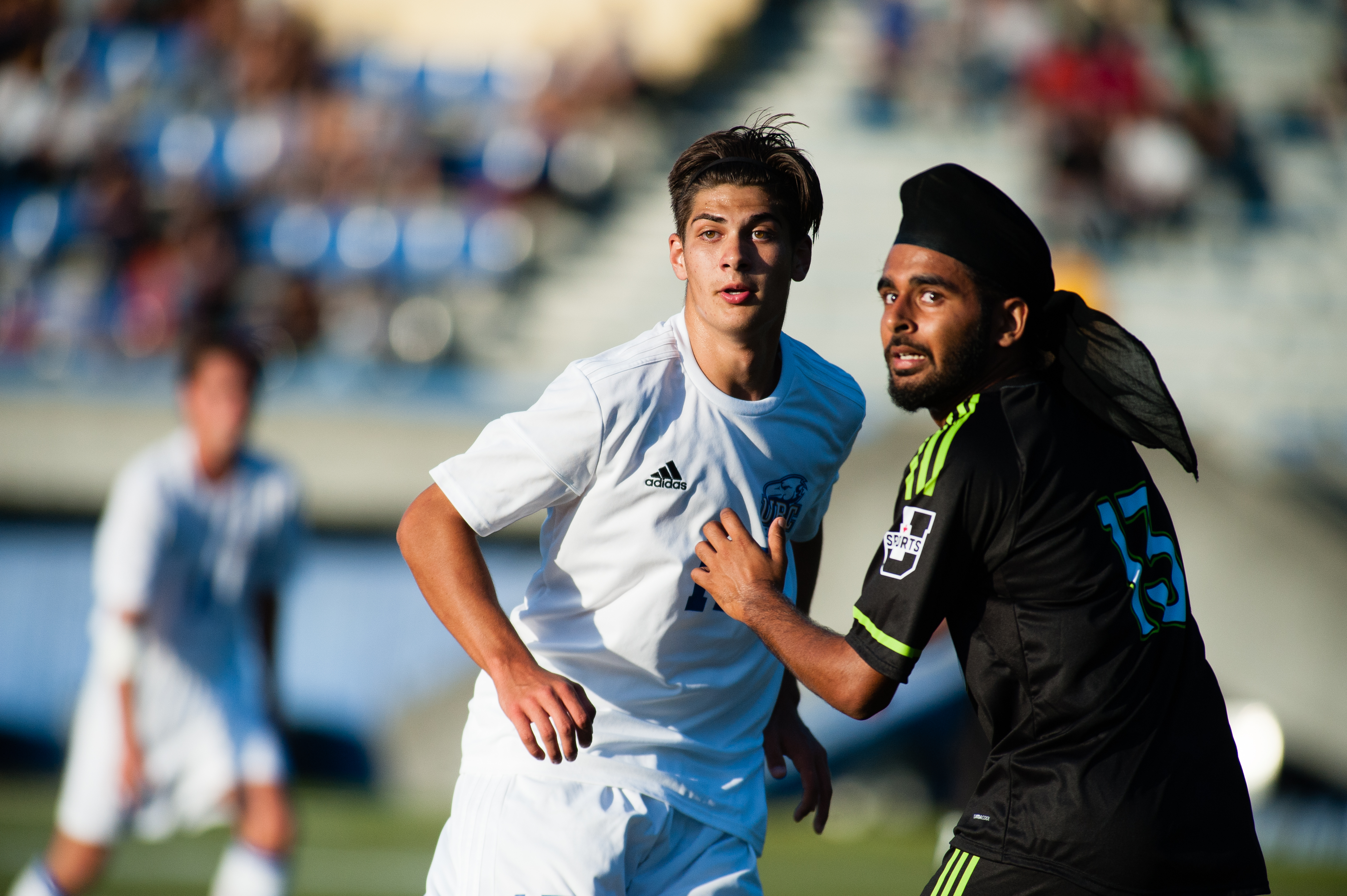 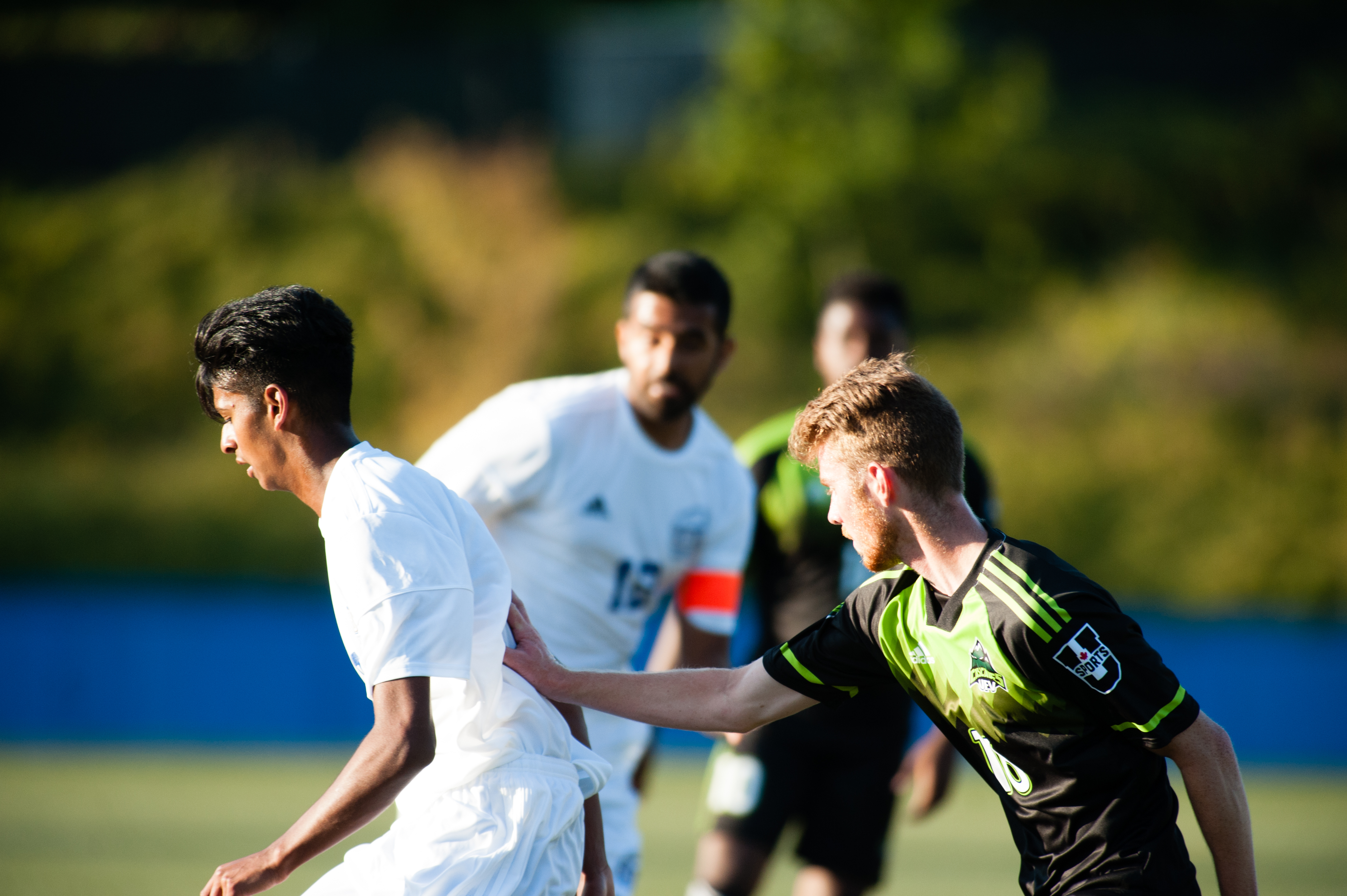 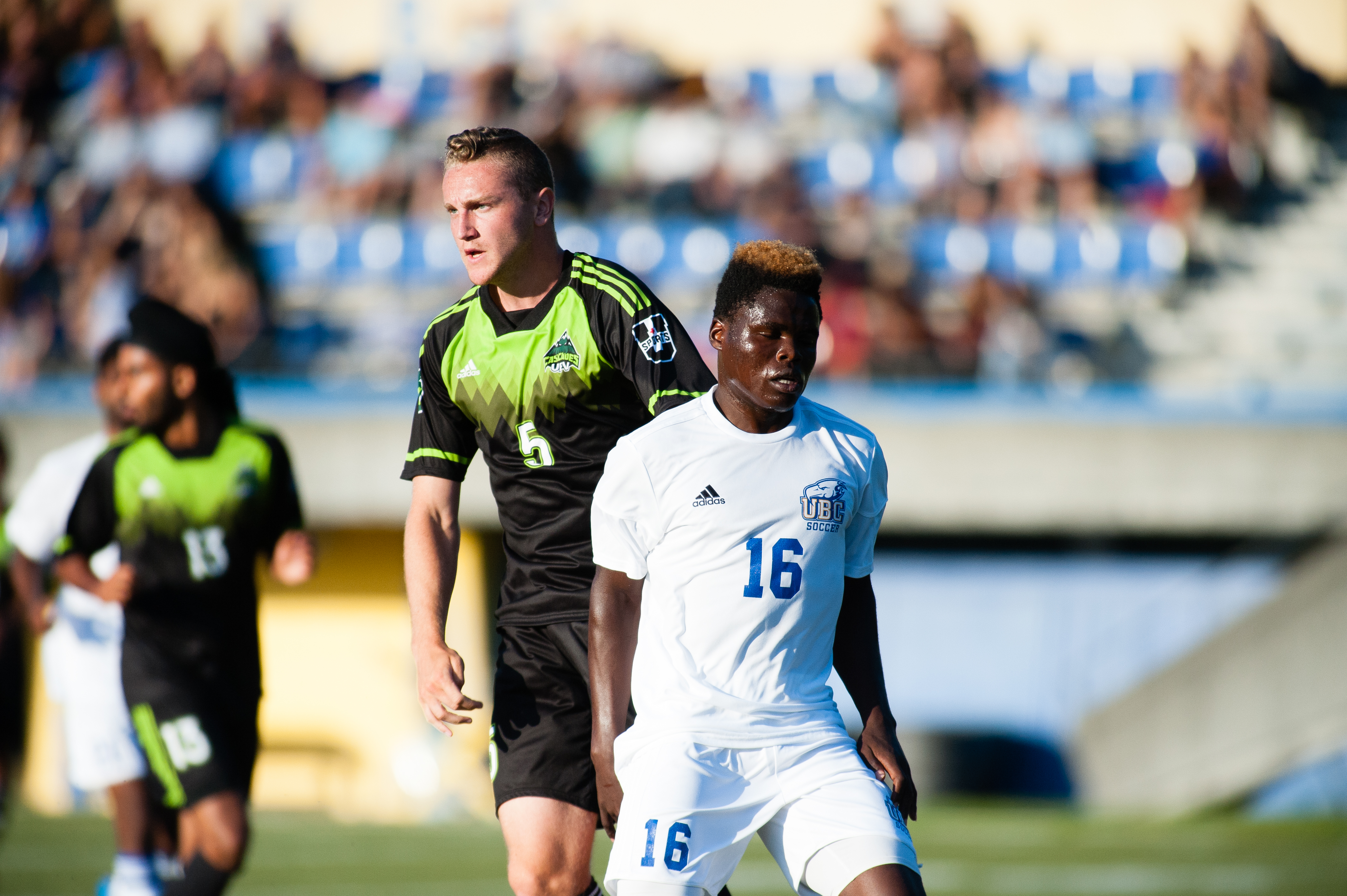