In the Paint: Basketball is off to a solid start following a string of veteran signings 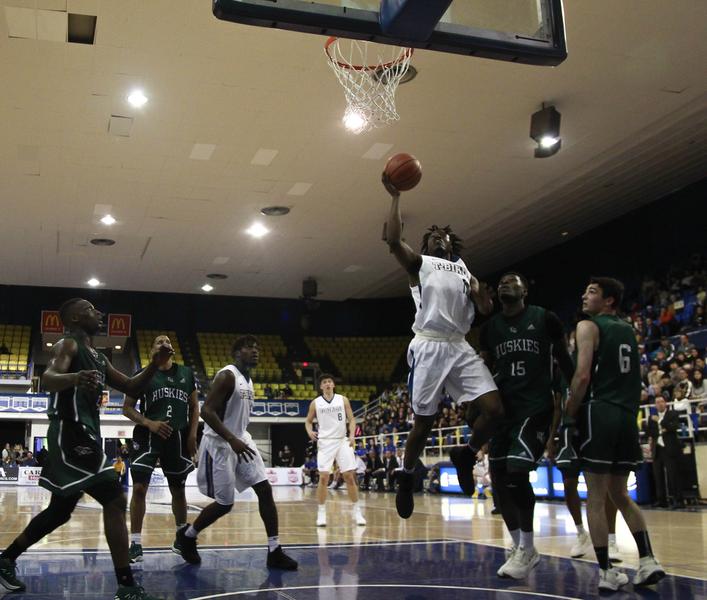 With the much-advertised Courtside home-opening game well in the rearview mirror, the UBC Thunderbirds men’s basketball team has quietly rolled through the first couple weeks of their season. Their first four games included the Courtside matchup against the Saskatchewan Huskies, a rematch the following night and a home-and-away set of games with the Victoria Vikes as a part of the Legend’s Cup series.

So far, UBC have picked up three wins, losing only the second of back-to-back games on their opening home stand. The 3-1 record has the T-Birds sitting tied for third in the Canada West standings, behind only Calgary and UBC Okanagan — the only two teams to remain unbeaten through four games. While the season is still young, there are some important takeaways from the action that has been played.

Plug and play veteran signings off to hot start

During the offseason, the team made a pair of marquee signings that have made an immediate impact. The team brought in Jadon Cohee and Manroop Clair, a pair of homegrown guards with NCAA Division 1 pedigree looking to finish their last two years of eligibility with the T-Birds. Key departures from last year’s senior class — Conor Morgan, Phil Jalalpoor and Luka Zaharijevic — had left a conspicuous hole in the lineup. These new signings have plugged into the lineup fairly seamlessly.

Cohee has been a workhorse for the team. At more than 36 minutes per game, his average minutes understate the amount of time he’s been on the court, especially as he sat during garbage time of last week’s blowout over the Vikes. The other three games — all much tighter in score — he played 37, 38 and 40 minutes out of a possible 40. Cohee also leads Canada West in scoring — tied with Tyvon Cooper of Brandon with 100 points — as he scored 28 per cent of the team’s total points so far.

Clair has been the centrepiece of a bench that has put together productive minutes for the team, with three bench players reaching double digits in playtime in three of the four games so far. Though he hasn’t started, he has still managed to have a tremendous impact as a high-volume shooter. Averaging 16.3 points per game, he has the second most field goal attempts on the team, behind only Cohee. 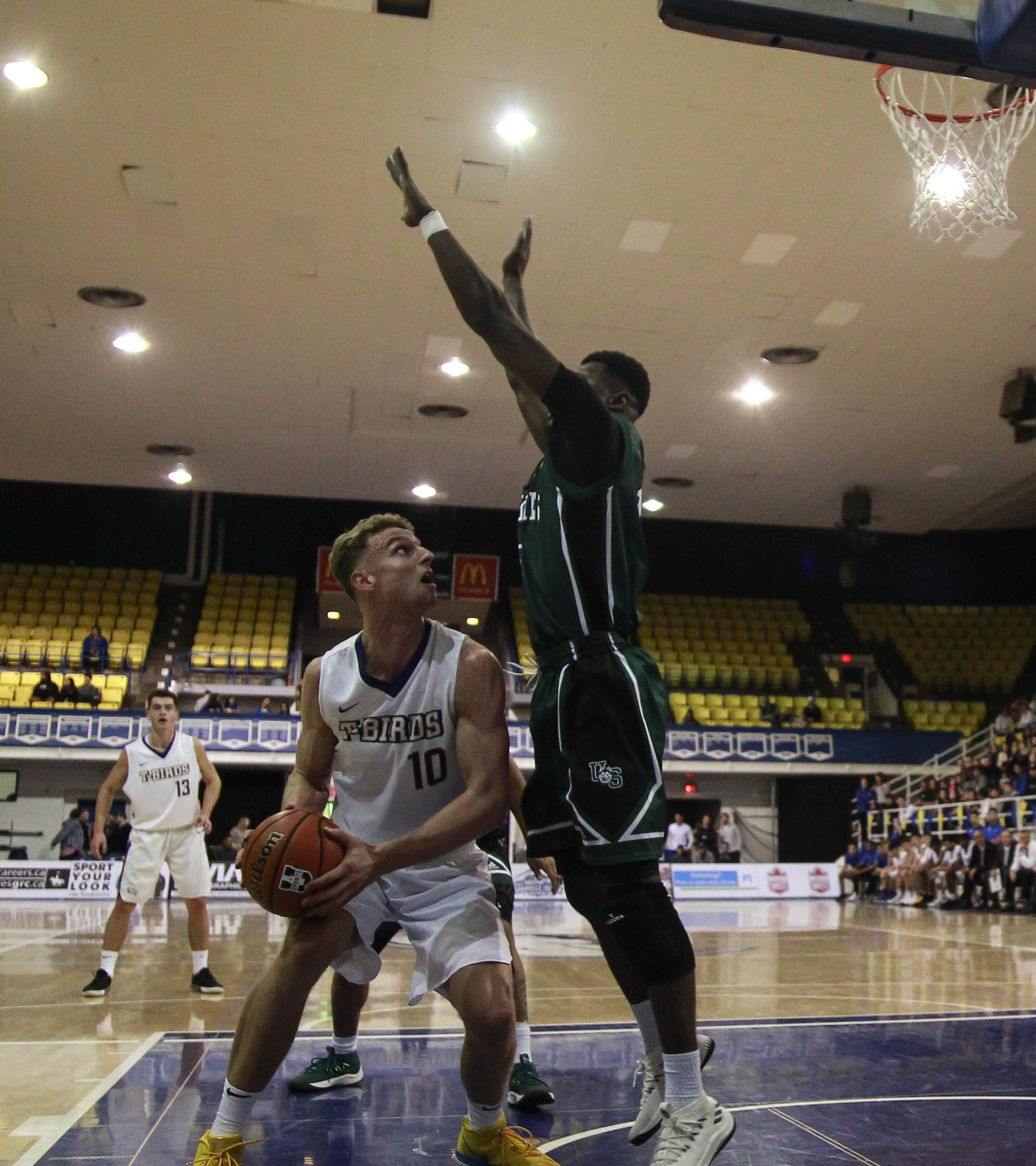 Though the team walked away with a win at Courtside, it certainly didn’t look pretty. The ’Birds turned over the ball 19 times and occasionally didn’t even make the Huskies work for it. Sloppy, and sometimes even lobbed, passes were taken away by the Huskies throughout the game — Saskatchewan would finish with 14 steals on the night. The Thunderbirds' saving grace was that the Huskies managed just 13 points off turnovers, unable to capitalize on the opportunities handed to them.

What we’ve seen in the games since is a tightening-up of play, as they squad gets more comfortable playing together in regular season action. The rematch to the Huskies, though a game dropped by nine points, saw UBC cut their turnover count in half to ten — and they would post similar numbers in their two victories over Victoria.

Though early season jitters are inevitable, especially with the roster turnover the team has seen this past offseason, it was encouraging to see how responsive the team was to their performance in the season opener. The stark turnaround in just 24 hours and stronger play that has carried through to their past two outings are indicative of a veteran coach who knows how to get his players to respond and a young team that is looking to build some chemistry as the season wears on.

Lessons from the one that got away

The only loss so far was the Courtside rematch that UBC dropped to the Huskies.

The sheer volume of three-point shots that were landing for the Huskies demanded pace and execution from the UBC offense, and they just weren’t able to get it done. Manroop Clair, in particular, shot just 1-11 and 0-4 from beyond the arc. Normally a productive shooter, his shots just weren’t falling. Plus while Cam Morris was able to provide 14 points in his 22 minutes, the bench was otherwise fairly quiet and unable to replicate Clair’s scoring.

Although Clair, as mentioned, has been a highly effective weapon through three of the games this year, the rest of the bench has totalled seven or fewer points in those outings. So far this season, UBC just hasn’t had the scoring depth of last year, when the bench averaged over 30 points per game. It remains to be seen if this trend will continue, but it will be something to keep track of as the season carries on.

If Clair, Cohee or Grant Shephard has an off-night, the Thunderbirds need to know they can rely on others to step up and make shots to keep them in games that should otherwise be competitive.