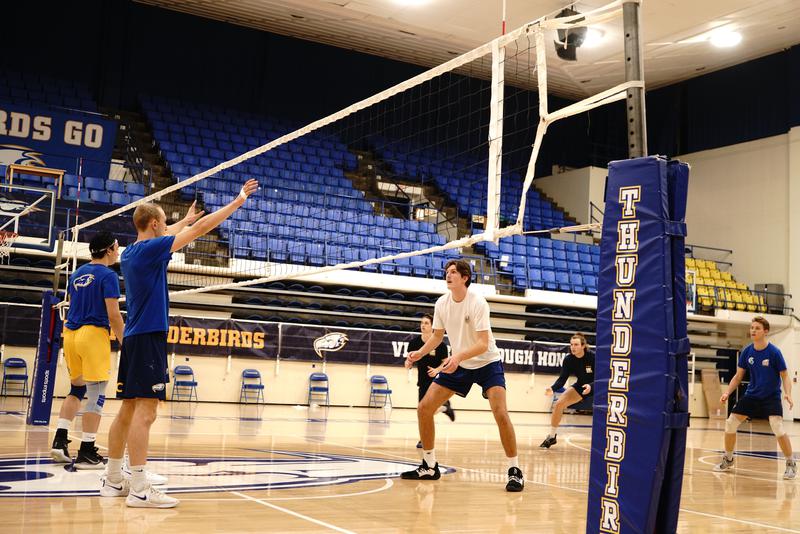 Vincett exudes enthusiasm for playing among his new teammates, even amidst the COVID-19 pandemic. Elizabeth Wang

Towering at six-foot-eleven, there is no mystery why Thunderbirds rookie James Vincett of the Men's Volleyball team earned his nickname, Tree.

Vincett is one of the three top-end prospects who have committed to T-Birds this year and he exudes enthusiasm for playing among his new teammates, even amid the COVID-19 pandemic.

"I really like the team dynamic here, all the guys were super nice and super-inclusive, but also they're all really competitive guys. And they all kind of have one goal in mind," said Vincett.

Although there are no official games posted for this season, the team has frequent inter-squad scrimmages and the occasional friendly match with Trinity Western University. Filming these games helps the team reflect on what skills they need to focus on in practices.

"Since we don't even have a season this year, we're mostly just focusing [not] on how physically sound we are as a team, but how prepared mentally we're going to be next year,” he said.

Due to the absence of competitive games, the nature of their training has shifted.

"We've definitely taken a more relaxed approach … because we can. We want to train hard over this year, but we can also relax a little at certain times. Like if guys are struggling physically - maybe some guys are having some knee issues, we can take a little bit off of practice, and it's not too much of a big deal as it would be in a regular season,” said Vincett. 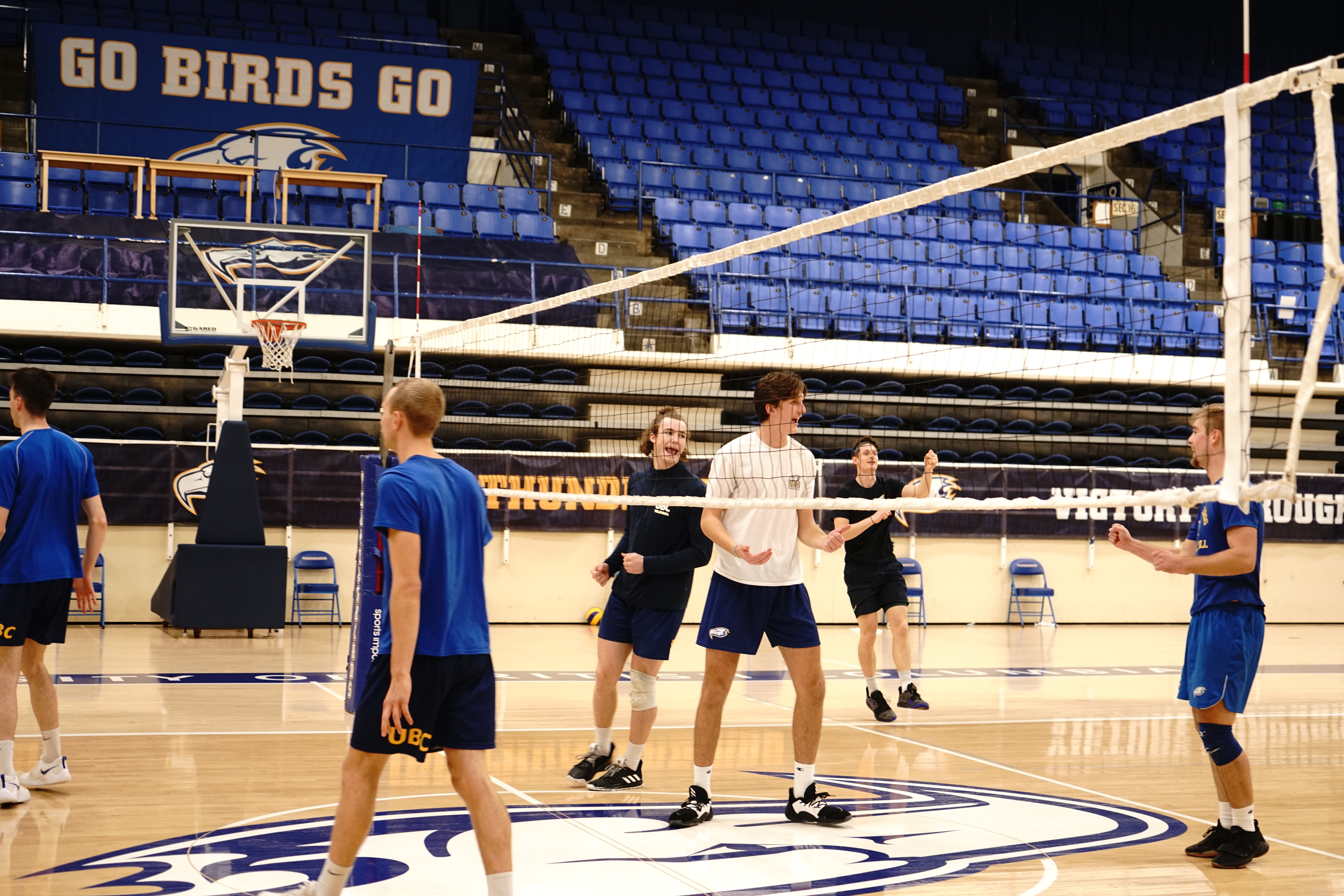 "We want to train hard over this year, but we can also relax a little at certain times." Elizabeth Wang

As a rookie, Vincett found a silver lining in the cancellation of competitive games this season. Now, he and the other rookies have time to catch-up with the T-Birds, who have more experience playing on the team.

"We [rookies] get to learn the ropes, get to hang out with the guys a little more, get that little bit more of experience that those guys [older teammates] already have on top of us,” Vincett said.

"My most satisfying accomplishment was definitely making the Youth National Team. That was really big. As well as, for my grade 12 year, our high school team [William Aberhart High], we won our city championship and provincial championship. And that was super big as well. I was super proud. And it was, definitely…one of my most exciting wins,” he said.

Throughout his volleyball career, Vincett optimized his ability to remain focused and not dwell on game mistakes.

"You can't really let emotion dictate your decisions … if you get angry or down on yourself, it's bad for not only just you and your performance, but also the team's performance,” said Vincett. 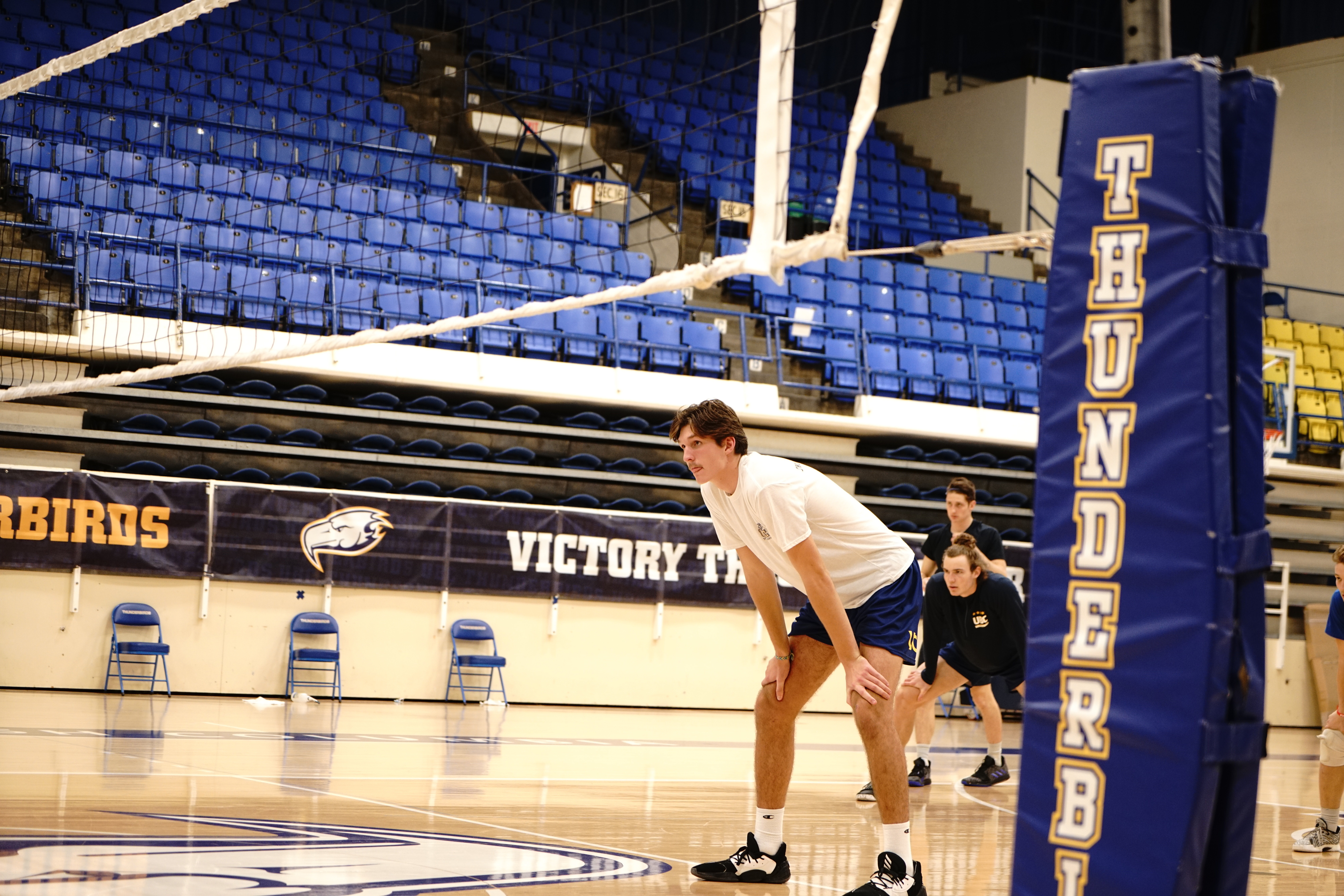 Vincett draws inspiration from his great-uncle Robert Steadward, co-founder of the Paralympics.

"Somebody I really look up to is my great-uncle… I just really liked his hard working attitude. I think that's definitely one of the most important things that I look for in an idol is definitely how they work, or how hard they're trying to work,” he said.

As the UBC Men's Volleyball team practices, despite COVID-19, Vincett remains pleased to be a rookie on the team.

"We're here to play volleyball, so that's what we're gonna do,” he said.