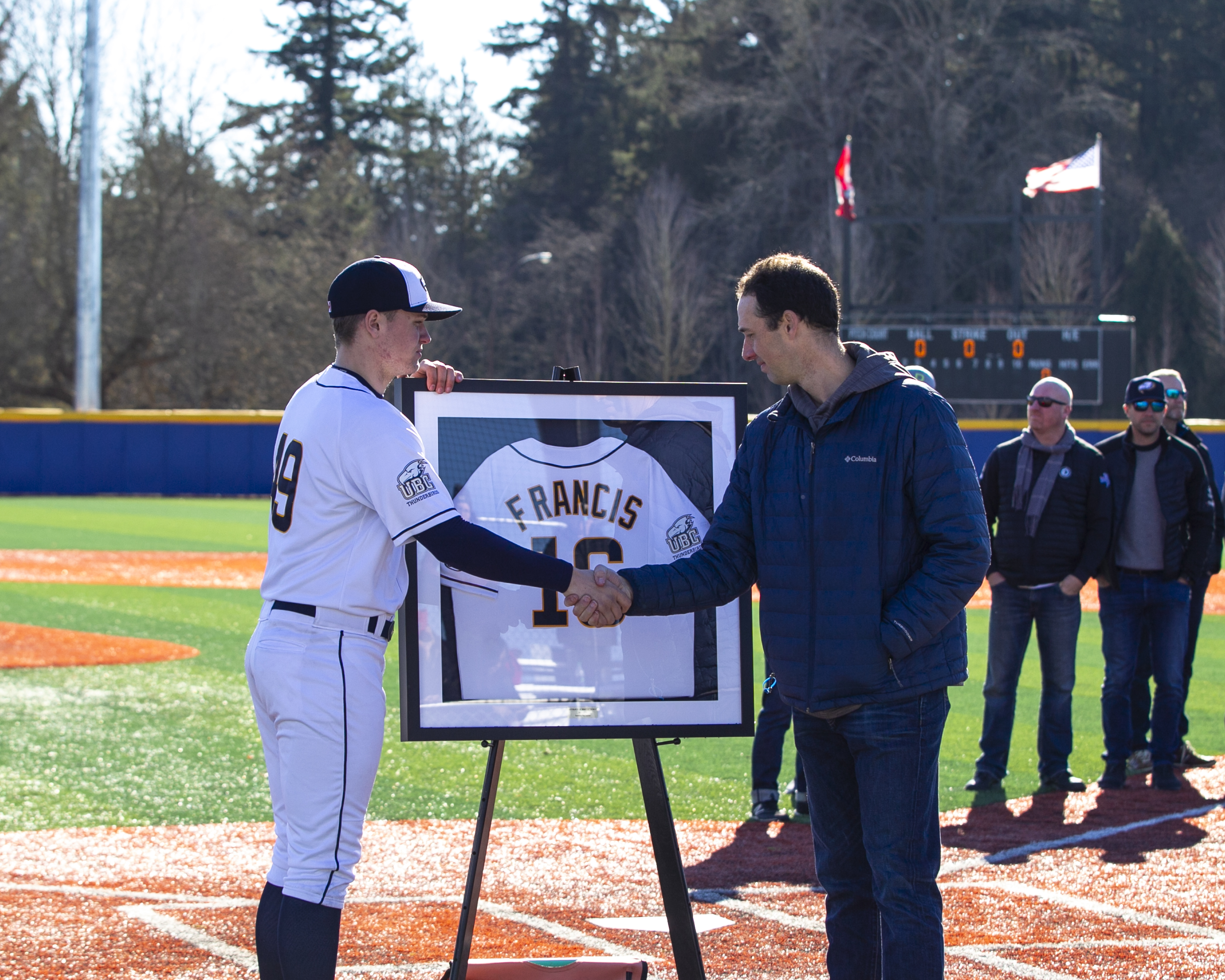 He is a UBC baseball legend, who will now forever be commemorated at their stadium.

Under Saturday's midday sun, athletes line the base paths of Tourmaline West’s baseball diamond. From home to first, it’s UBC baseball alumni. From third to home, it’s UBC’s current roster. Standing at home plate is arguably UBC’s most famous baseball alumni and his family, with his old jersey number framed beside him.

“Some have travelled from far away, and are missing family or work commitments. Your attendance here today makes this even more memorable ...” he said.

“We shared more than just greasy rooms at hotels in Ellensburg, Washington. We had a ton of good times, won some games, probably lost even more, rode a few buses, but we did it together.”

His speech is a reminder of what remains at the core of the years he played for UBC, beyond the stats he accumulated (though those are forever in the history books of the blue and gold): community.

“I think if you look at all those people standing down the line watching me here today, it's the long relationships — and I found that at every level of baseball I played, it's about the relationships,” he said post-ceremony. “Yeah, you play to win ... but what sticks with you is the relationships you make with people.”

His name is Jeff Francis, and on Saturday, March 9, his #16 jersey was retired in honour of his years leading the T-Birds team and showcasing the success of their program. 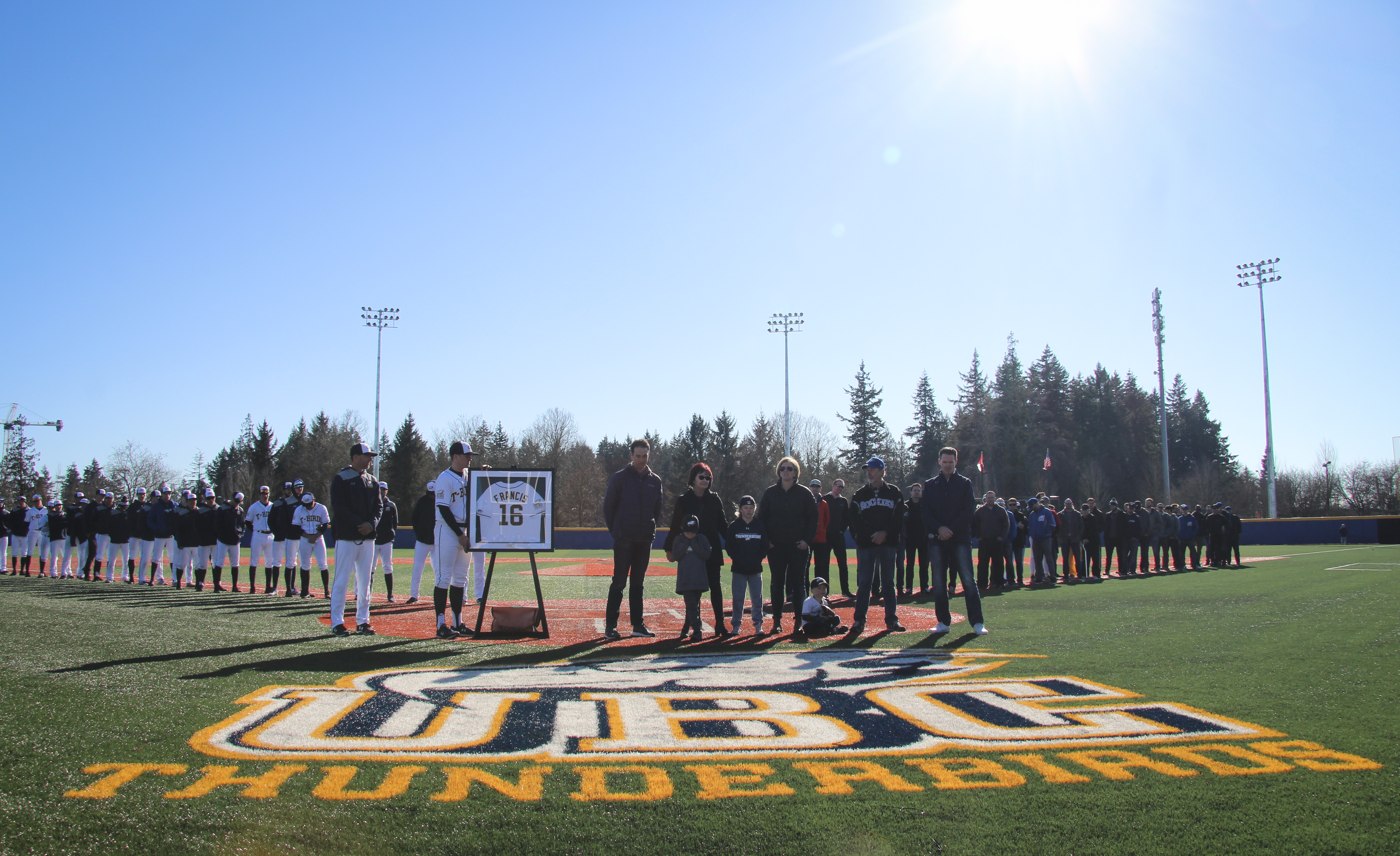 In the 2002 pre-season, he was named to Baseball America’s All-American team — a first for a player at a Canadian school.

He was drafted ninth overall in 2002 by the Colorado Rockies, which began a successful MLB career that saw him play for the Kansas City Royals, Cincinnati Reds, Oakland Athletics, New York Yankees, the Toronto Blue Jays and of course the Rockies themselves. He ended his MLB career with 72 wins and 869 strikeouts.

“Jeff [Francis] showed up in year three and by the time he left in 2002, he had really changed things for us, especially on the recruiting front," UBC Director of Baseball Terry McKaig said in the ceremony. "... what Jeff showed with what he accomplished at UBC, especially in the draft, [was] that it didn’t hurt him that he was from a Canadian university, it didn’t hurt him in the draft that he played in the NAIA and it showed that if you can play baseball, professional baseball, we’ll find you ..."

[Professional teams have] found 25 other players now here at UBC and it’s because of that pathway that Jeff paved for us.”

With team Canada, he also won a gold medal at the 2015 Pan American Games.

Today, Francis continues to be a major supporter of the Thunderbirds program — and someone to look up to for the current roster.

“It's pretty surreal. I don't know if I ever thought of this day, something you really look ahead to. But it's a great honour to see the people who came from far away to join in, that means a lot,” Francis said

— with files from James Vogl