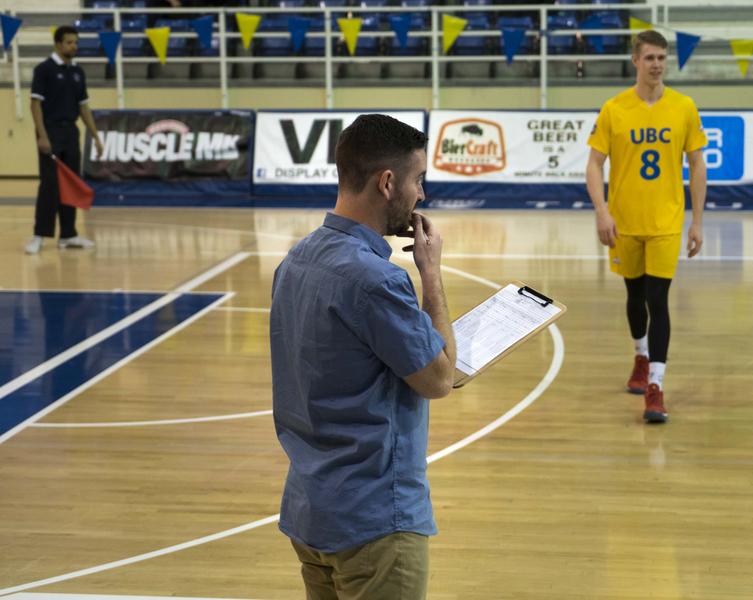 After two seasons with the UBC men’s volleyball team, head coach Kerry MacDonald has taken a position with Volleyball Canada as their new Director of Sports Science, Medicine and Information. His new role began yesterday, May 15.

MacDonald will take his talents and PhD in sports injury prevention — along with a master’s degree in coaching — to the sports national body. His new role with Volleyball Canada will be leading and developing the Integrated Support Teams for all the national programs. This work will be focused on integrating sports science into Canadian coaching staff regimes.

He is no stranger to Volleyball Canada either, having been both the head coach of the Youth National Team in 2017, and the high performance director for sitting volleyball in previous years.

MacDonald will remain with the Thunderbirds, though not in the head coaching capacity; he will be attending practices and home games while also running the team’s sports science and analytics programs.

In his time with the Thunderbirds, MacDonald led UBC to their first U Sports men’s volleyball national championship in 35 years. While UBC dropped their semi-final match up against Alberta 2-3 and 1-3 this past season, the combination of a critical Canada West bronze medal win against Winnipeg and their second-place standing allowed for an invite to the U Sports nationals. There, MacDonald and his T-Birds settled the score, beating Alberta before taking down Lower Mainland rival Trinity Western to claim the championship trophy.

UBC has hired UBC Okanagan’s Mike Hawkins as interim head coach of the men's volleyball team for the time being.