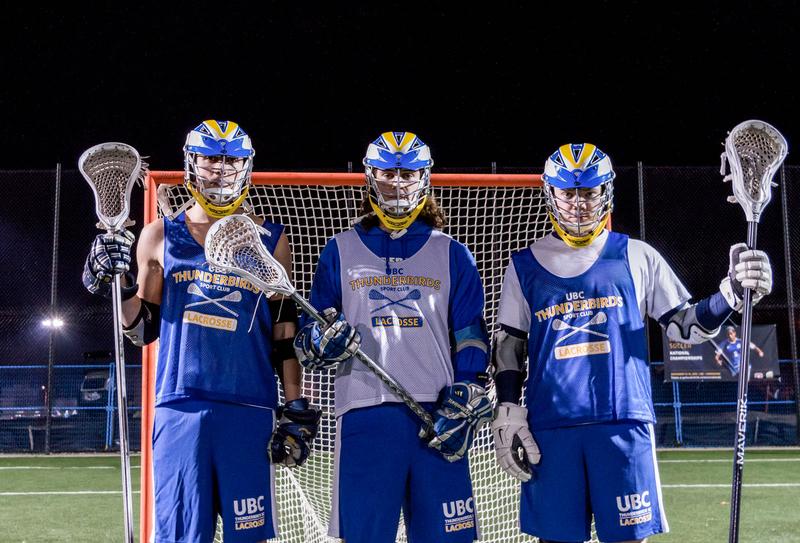 UBC Lacrosse is looking to build a stronger lacrosse league in western Canada.

The UBC Thunderbirds' Lacrosse Sport Club has come a long way since its inception in the fall of 2012. What started with a couple of friends, three-foot long lacrosse sticks and a ball tossed around Totem Park Residence now has 25 players on its roster and is one of nine clubs selected to kick off the UBC Athletics' new athletic stream — the competitive club.

Despite field lacrosse being one of Canada’s oldest sports, many people are unaware that a UBC lacrosse team even exists. But things may be about to change. The team, due an early season start, will be the first in the new competitive status division and the first non-varsity team able to don the Thunderbird name.

Kyle Robinson, New Westminister native and head coach of the team, has been playing lacrosse most of his life. Being from around here, UBC should have been an obvious pick for his post-secondary education. The lack of a strong and competitive lacrosse team at UBC means that he went to school at McGill. The East Coast boasts a more established and prominent league called the Canadian University Field Lacrosse Association (CUFLA) which is comprised of 13 teams from Ontario and Quebec. He ended up playing four years in that league.

“One of the major driving forces for not going to UBC was that there was no lacrosse,” said Robinson, who is also the club’s competitive director. “I’ve grown up playing lacrosse here, the club level [and] the high school level — everything but at the university level."

After he graduated from McGill in 2013, Robinson came to UBC where the lacrosse club was still a fledgling team trying to grow.  The previous year, Dan Millar with his friends Sam Neuharth and David Hammond, recruited friends to their new lacrosse club — albeit with free beer. Months later, they had their club constituted by the AMS. 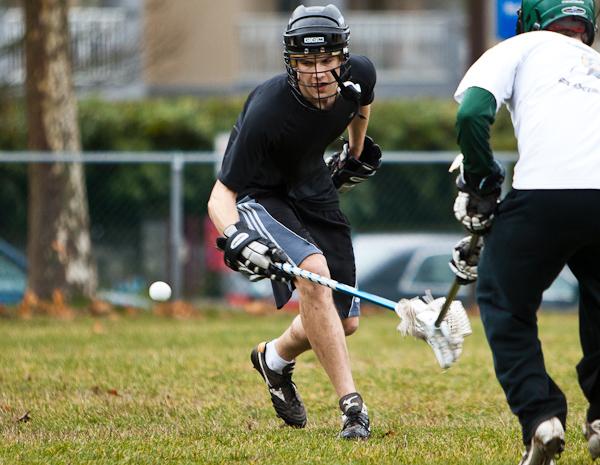 “We practised for two months [and] went over there at the end of October ... that’s where I saw we have enough guys here at the university and we can compete against a similar level of teams around here.”

Come February 2014, the team applied for competitive club status just as talk of the infamous sports review was gaining traction. While waiting to see if they would be selected as part of the competitive club stream, the team started playing in exhibition matches against teams in the Canada West Field Lacrosse League (CWFLL).

“So we played a few exhibition games in there and the commissioner asked in the summer — in the off season — if we would be interested in joining that league full time,” said Robinson.

Their 2014/2015 season was their first in the CWFLL. Despite being the newest team and a fresh entry into the league, the Thunderbirds managed to come fourth in the league out of seven teams with a 6-10 regular season record. They proceeded to the provincial championship tournament in April and were a runner-up in the Tier II Championship.

The club’s initial goal was to gain varsity status and eventually play in national intercollegiate lacrosse. However, that is an especially large problem considering that there is no overarching college lacrosse championship across Canada like the Canadian Interuniversity Sport (CIS).  For this lacrosse team, every step they take is a new one. They are pioneers not only for lacrosse teams on the national front, but also on the competitive club front here at UBC.

“We really laid the groundwork for a lot of what are becoming new policies in this new division they have created. So that’s been pretty cool being on the forefront of that and getting a little bit more support within the university rather than just operating on your own,” Robinson said. “[UBC] Recreation [has] been ... helping us begin to achieve some of the goals.”

Joining a seven-team league and gaining competitive club status is a good start. According to Robinson, having the status comes with its own perks.

These perks come in the form of support from UBC, but not in the way you might think. The competitive club teams do not get funding, but they do get small stipends for coaches, allow easy access to fields for practice, reduced fees for field use and they get to use the “Thunderbird” name at their competitions and tournaments.

According to Robinson, the next step for the club is to develop their on-field product and continue their growth within their new competitive club status.

“Trying to attract students who are interested, ... create a sustainable competitive roster to grow within our league and increase our competitiveness is our first on field priority,” said Robinson. “Off the field, we want to continue to grow the competitive club division as well as our own team.”