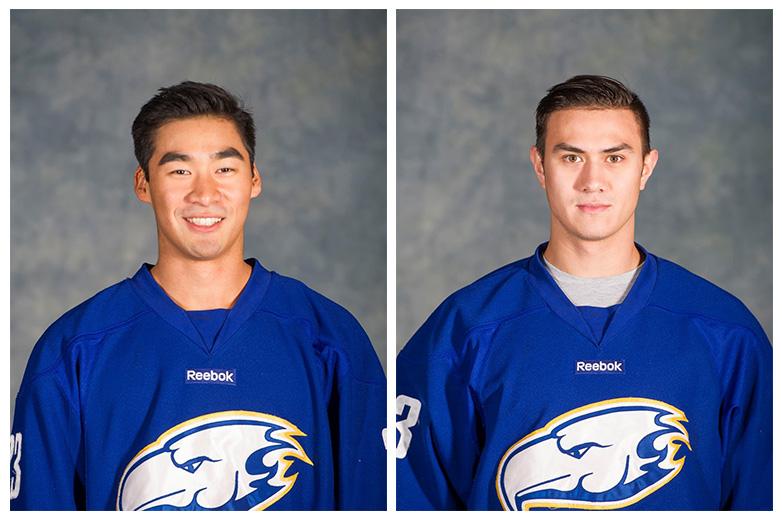 Two UBC hockey players have bid farewell to Vancouver and are moving on to play professional hockey in the Kontinental Hockey League (KHL).

The contracts are two-way, which means that the athletes will also be playing for the the Red Star’s minor league affiliate team, based out of Harbin, China.

“It’s pretty amazing and special because the KHL is an outstanding league and there’s a lot of former NHL-ers, future NHL-ers there,” said UBC Head Coach Sven Butenschon about the signings.

“It’s going to be an incredible experience for them.”

Both athletes impressed at the selection camp and quickly negotiated, then accepted offers from the team.

“It was kind of a no-brainer for me, it’s a once in a lifetime opportunity,” said Dun. 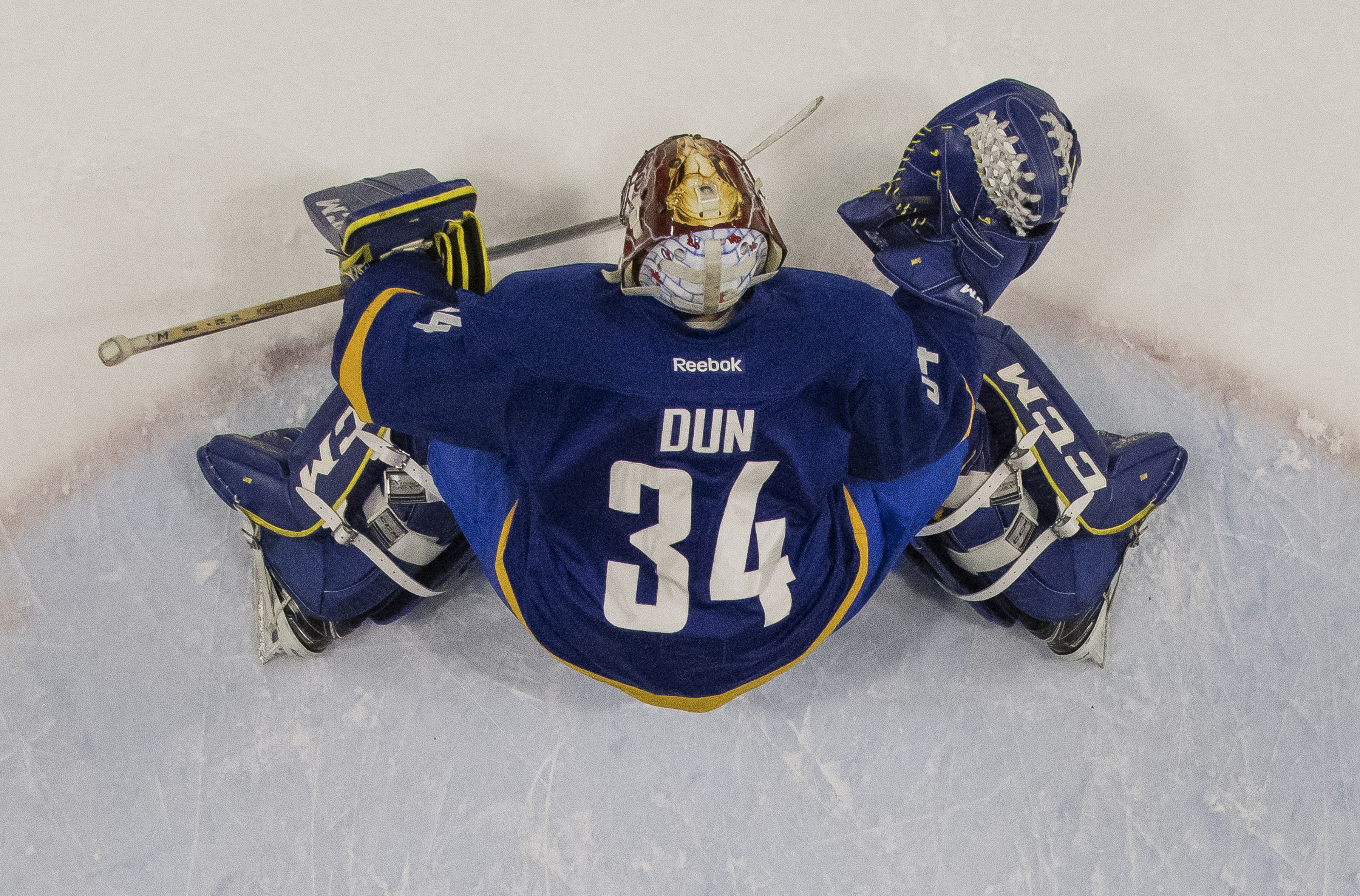 The signing of the two athletes is also part of a larger move by China to develop players for the 2022 Beijing Winter Olympics. Both players are of Chinese descent and will be eligible to compete in the Olympics for Team China.

“To play pro and then to play [in the] Olympics is every kid’s dream. For me, growing up it was kind of for Canada. At the same time, it’s nice because I can learn more about my roots and about my heritage and having that option of playing in the Olympics is still amazing,” said Dun.

In terms of career moves, the KHL signings and ensuing moves will be a big change for the former ’Birds. Both Dun and Lockhart have formed many lasting relationships in Vancouver and will be leaving those for their professional careers in China. But, they’re optimistic about the future.

“There’s a good bond with these guys [at UBC]. All the guys I started with in my first year are still here … but when you’re moving to a new team, you kind of build those same kind of friendships there as well hopefully,” said Lockhart.

Both players’ final seasons with the Thunderbirds ended in relative success last year. In Dun’s sole season with UBC, he helped the ’Birds clinch the final Canada West playoff spot. The T-Birds won both games 2-1 in a doubleheader against the Mount Royal University Cougars, with Surrey native Dun stopping 24 of 25 shots on the first day and 37 of 38 shots on the second.

Before joining the T-Birds’ roster, he played three years in the NCAA at Northern Michigan University.

Lockhart was one of the top forwards in USport last year, finishing up the regular season with nine goals. The Burnaby native has played for four years with the UBC Thunderbirds and played in the Western Hockey League (WHL) for the Seattle Thunderbirds before that. 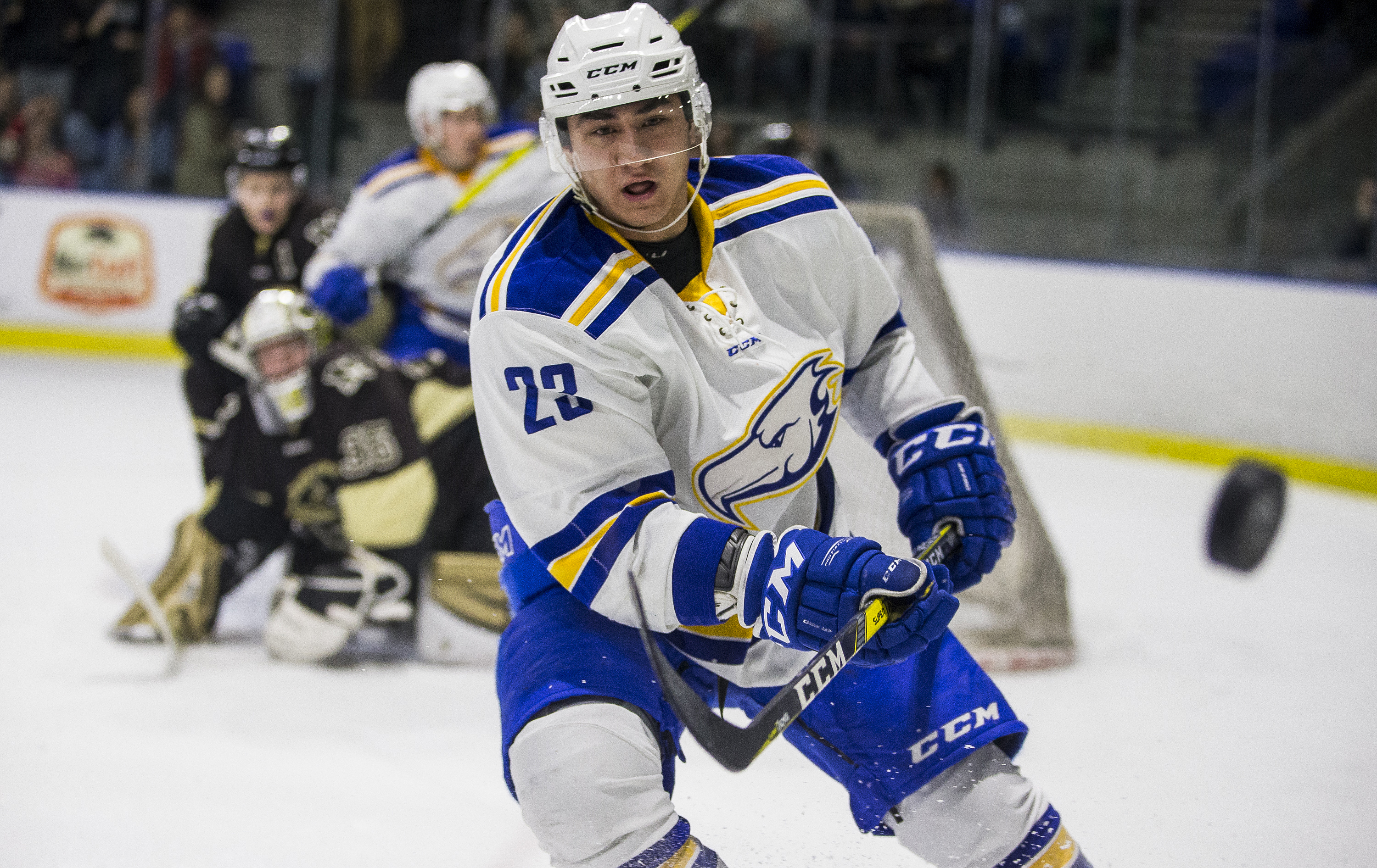 With these two ’Birds leaving the roost, UBC will have to adjust and new players will have to fill the gaps. Even so, Butenschon is confident that with the exit of both KHL signings, the Thunderbirds will be just fine.

“Moving forward, it’s like Mike Babcock [head coach of the Toronto Maple Leafs] always says: ‘next man up.’” said Butenschon. “They’re going to go on and play pro, and we’ve got a lot of good young hockey players here that are ready to step in.”