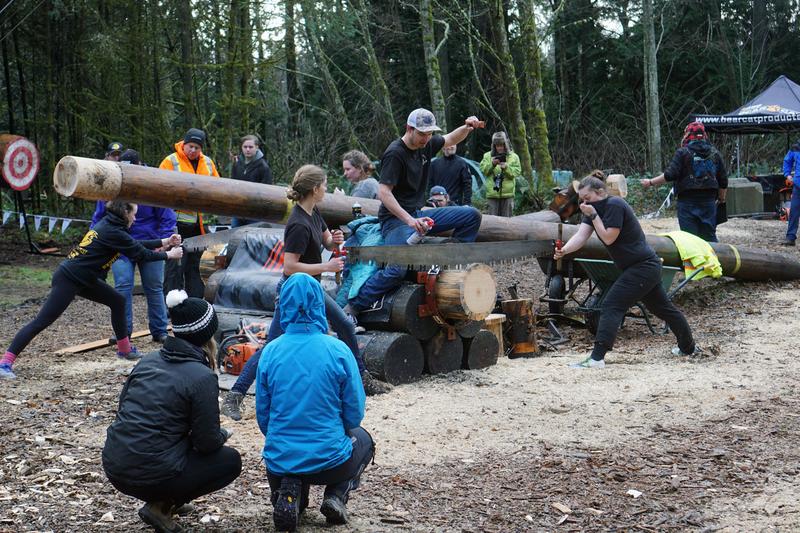 Half of the competitors at the Great Canadian Classic were lumberjills. Stephanie Wood

On Saturday, January 27, the UBC loggers’ sports team — also known as the Thunderjacks — hosted their third annual intercollegiate competition. However, many of these loggers didn't fit the lumberjack stereotype people may have in mind — in fact, about half of the competitors were lumberjills.

“We have the most diverse team I’ve ever seen,” said Sharman Prior, one of the team’s organizers. “Last year, we had maybe two guys on the team and eight women.”

The Thunderjacks, established in 2014 with the loggers' sports reinvigoration here on campus, long stood out in the typically male-dominated sport, said team president Marie-Eve “Merve-of-Steel” Leclerc.

“We’d go to schools in the States which have very established teams and it was the opposite – they had more men than women.”

Leclerc said that membership has doubled over the last year, which has resulted in a more gender-balanced team.

Leclerc said her and Prior’s prominent roles — even being jokingly called team dad and team mom by other members — may have resulted in the female-dominated team.

“When you have two women recruiting, you recruit a lot of women. We’ve had two big, burly guys [recruiting] and no girls will [sign] up — they’re intimidated.”

That said, having more men doing the recruiting this year has resulted in more male members.

Despite the gender-specific response to recruitment, she emphasizes the group promotes “equity and diversity” and is inclusive to all genders.

Since the team here at UBC is expanding, the Thunderjacks are registering for Stihl Timbersports — a lumberjack competition series that showcases the best lumberjack talent in the world — with their eye on competing in the Canadian championships.

Prior is also on a committee in the Canadian Logger Sports Association devoted to promoting more women in the sport. As well as working to include more women, she says the goal is to build a stronger following around the sport in Western Canada. 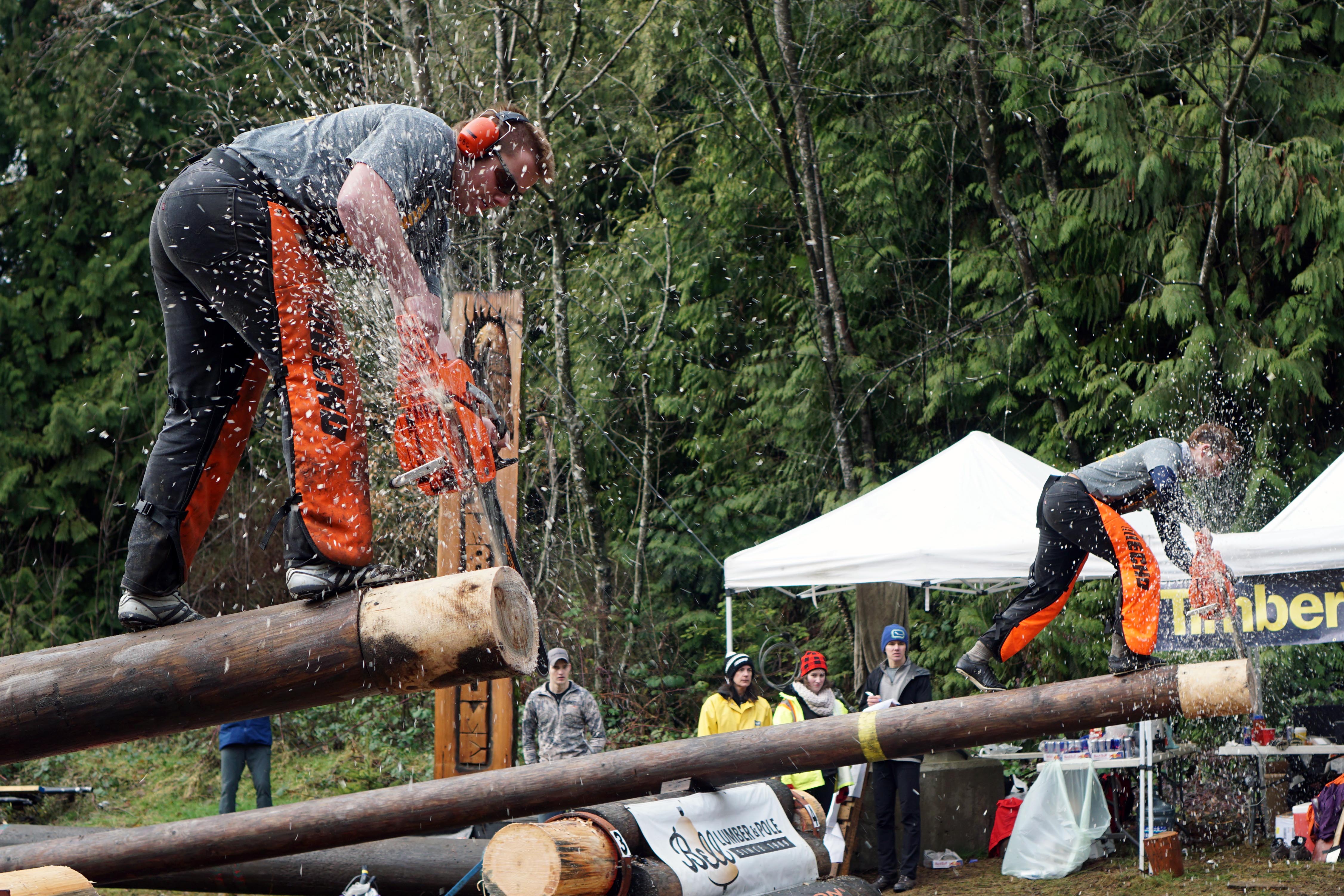 The competition the Thunderjacks hosted on Saturday, called the Great Canadian Classic, provided an opportunity for novice and experienced competitors alike to show-off their skills, including visiting teams from Montana and Idaho.

Many of the competition's events didn’t split up the lumberjacks and lumberjills. One of the sawing events, the “Jack and Jill,” even employed male-female pairs.

The ultimate event, the Canam loggers' sports relay, split the teams into team Canada and team America. The fast-paced relay including chopping, running and axe-throwing. Leclerc said this year was the first time each team had gender-equal rosters, with four women and four men each.

To the Thunderjacks' delight, team Canada grazed into first place to win the Canam Trophy. Since the relay began in 2015, team America won the first two years — with this prize, team Canada just evened out the scoreline with their second win as well.

For Leclerc this was especially significant, as it may be her last year as president.

“I’m probably defending my thesis in August, so I’m happy to be ending on a high note.”