Blazing a path for T-Birds: Matt Neaves lands a spot at the Canadian National Excellence Program 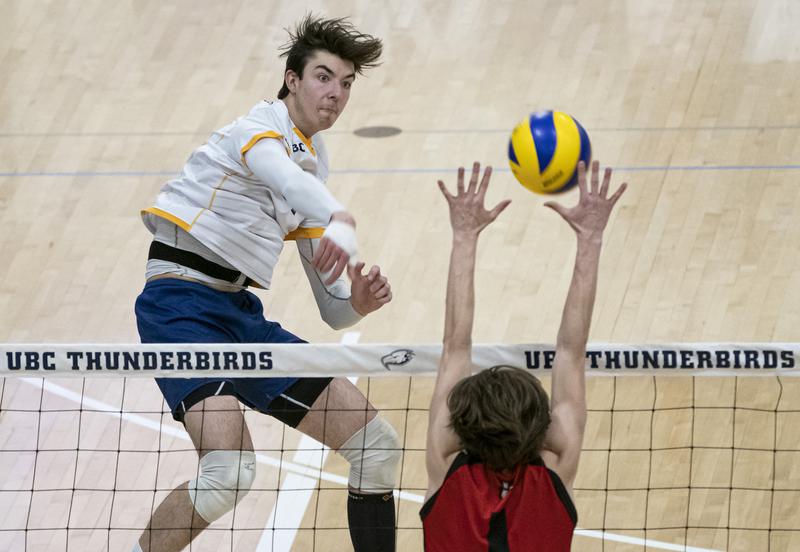 “Just learning how to become a student athlete was so important for this … just balancing my time." Courtesy UBC Athletics

Even in a pandemic-stricken season, Matt Neaves looks to blaze a path for UBC men’s volleyball.

With the recent cancellations of most national championships, many varsity athletes have been left in a lurch, training with no guarantees for a competitive season. However, for Neaves, his path during this pandemic has seen him trade his environment at UBC for a spot with the Canadian National Excellence Program (NEP) in Gatineau, Quebec.

“It’s been educating, the environment’s definitely different than at the university level. There’s a certain level of intensity and focus that you need to bring for every single training session,” said Neaves, describing his experience so far with the national team.

“There's no excuses at all to have your mind wandering to school.”

For the dynamic 6-foot-10 outside hitter from Calgary, this marks yet another step in his already impressive career. Entering his third year in the Sauder School of Business, Neaves has already blossomed into one of the offensive pillars on the UBC Thunderbirds team.

In the past season, not only did he help UBC get an impressive 17-5 record, but finished sixth in Canada West in kills-per-set (3.38) and hitting percentage (.304). 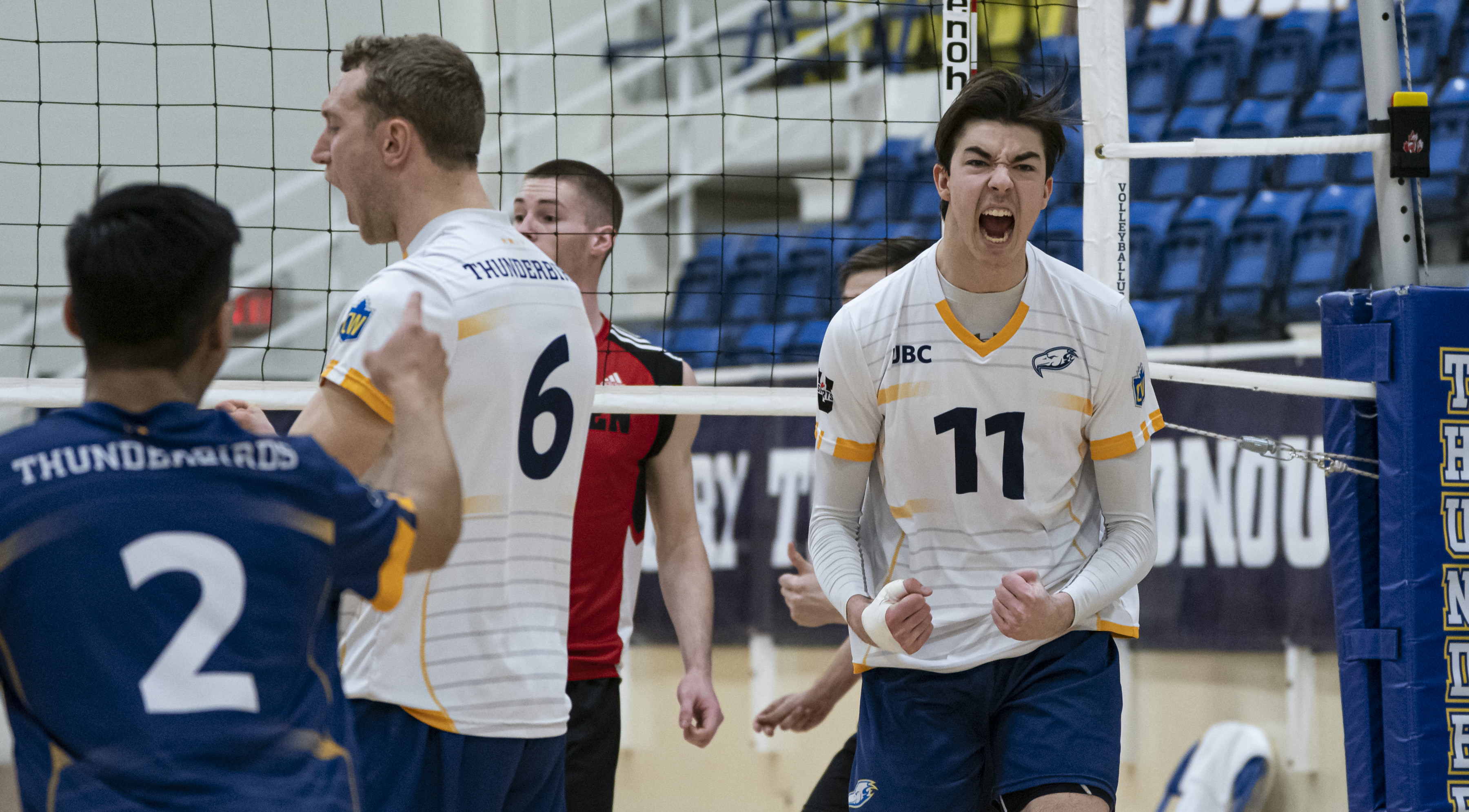 “There's no excuses at all to have your mind wandering to school.” Courtesy UBC Athletics

This comes as more recognition for the second-team U SPORTS All-Canadian, whose talents have clearly not escaped the eyes of the Canadian National Team. Neaves is quick to credit his success to his experiences at UBC.

“Just learning how to become a student athlete was so important for this … just balancing my time. When I came to UBC, it was demanding in terms of like, oh, how am I going to balance workouts with practice with school,” said Neaves.

Neaves has credited the Thunderbird’s emphasis on weight training as a key factor in helping ease his transition into the NEP.

“At UBC, we definitely pride ourselves with … continual strength building, especially with Tavis [Bruce], he's been an exceptional … head of strength [and conditioning],” Neaves said.

In a team that is dominated by rival powerhouse program Trinity Western, Neaves is the only current Thunderbird selected to the NEP, joined by UBC alum Fynnian McCarthy who currently plays in France.

It hasn’t deterred Neaves, who is aiming for a spot on the Canadian team, looking to qualify for their third Olympics in a row at Paris 2024. He also looks forward to leaving a lasting impact, a legacy for Thunderbirds to follow him to that international stage.

“I hope guys coming through our UBC program can look at myself as an example of the growth that is achievable [at UBC],” said Neaves.

Even with his personal success, Neaves knows there is still much work to be done if he is to keep earning call ups from team Canada.

“It comes from yourself, you can't just go through the motions and then achieve that high level … you have to find strategies to better prepare your body, your mind,” Neaves said, when asked about his mindset and the sort of example he hopes to set.

He is also anticipating his return to the UBC Thunderbirds with his most recent stint with the national team under his belt. 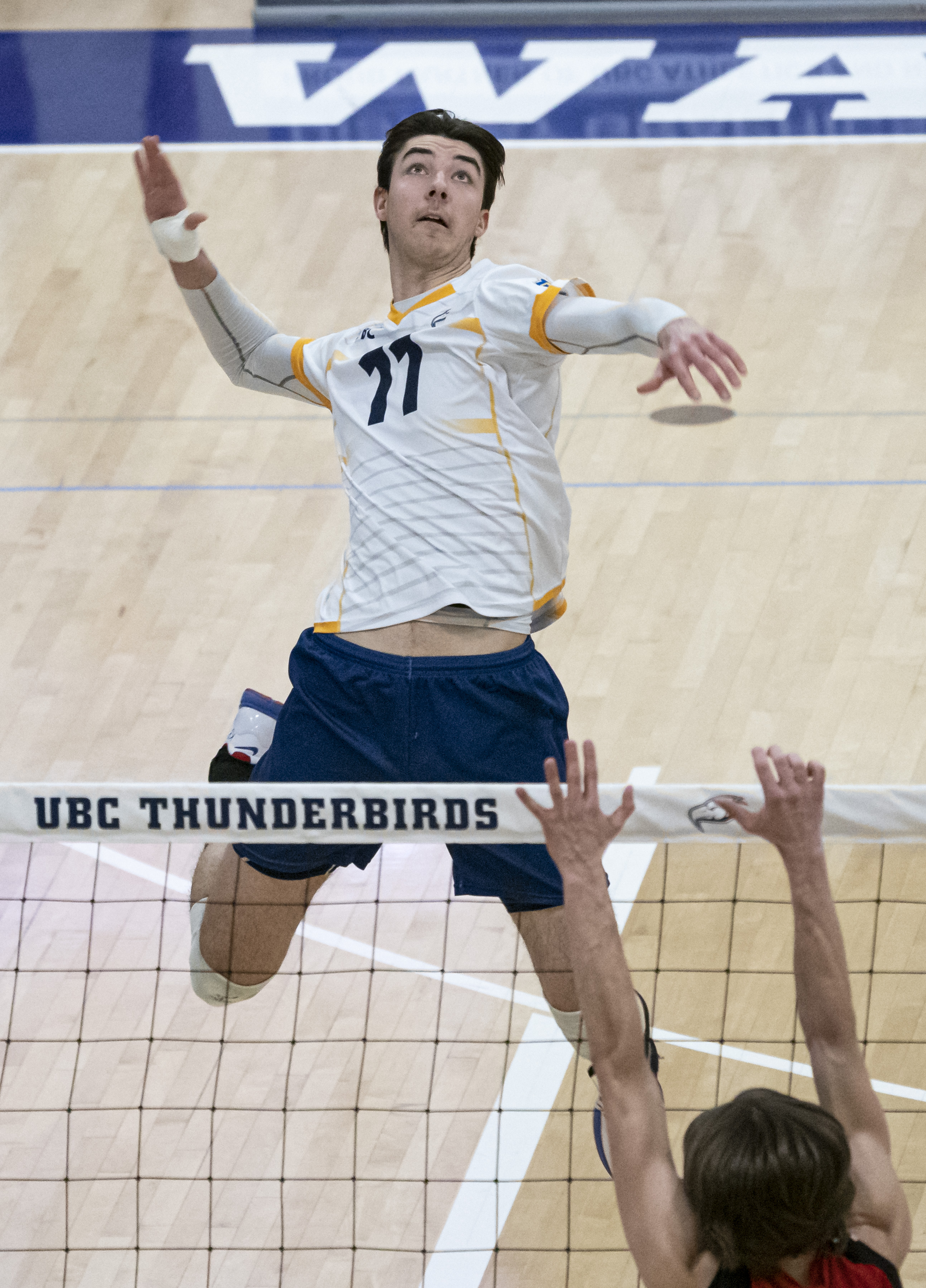 The uncertainty of the past few months in the sporting world has forced many athletes to adapt their training regimes to accommodate for the pandemic. Neaves was no exception to this.

“I basically just worked out, I wasn't able to get on court and train. So that was definitely a barrier,” He said, talking about his transition with COVID-19 regulations. Despite this, Neaves was able to find a positive about his situation.

“On the upside, I was able to spend a lot of time with my family ... I haven't really been able to be with them during summers, because I've been busy with the national team.” He said.

“I was really happy to be with my family.”

His experiences throughout his university career and this pandemic has allowed him more perspective on this time spent with the NEP.

“I think this is just a step in my journey and ... that it's assurance that I'm doing the right stuff,” Neaves said.

“It's going to give me the tools to continue on that path.”