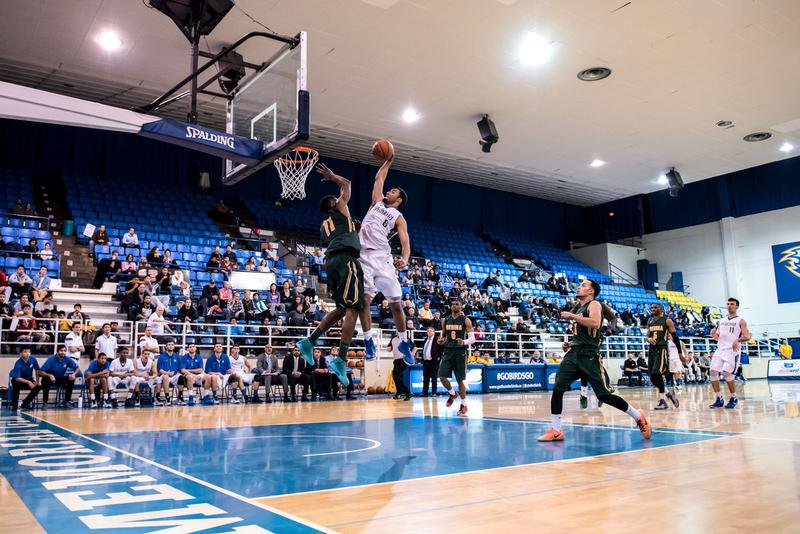 Men’s basketball were dealt a tough loss by the Regina Cougars on Saturday night. After trailing close behind Regina for three quarters of the game, the Thunderbirds managed to tie the score, but ultimately gave out to some last minutes shots. The final score was 83-79.

The team beat Regina 78-57 on Friday in a game that saw Conor Morgan score 23 points.

After giving up a few points to Regina early on, the T-Birds corrected with a series of three-pointers from third-years both Conor Morgan and Phil Jalalpoor. That, paired with a lot of turnovers and some nice shots, gave UBC a slim lead in the first quarter. Jalalpoor scored again from centre key, but it ended up being a low-scoring period for the T-Birds. They finished off behind when Regina made two more baskets at sub one minute.

UBC came out strong offensively in the second quarter with Morgan scoring the first points and following up with two points from a foul shot. After, UBC sank into a lull and didn’t take many shots until coming back to life for the final minutes of the first half. First-year Taylor Browne made a clean basket with a long assist from Morgan. Luka Zaharijevic took one shot and then another from under the basket. The half ended with the T-Birds down by just one.

UBC got ahead for the second time that night in the third quarter after closing the gap in the last half. Fourth-year Will Ondrik made a three-pointer right off the bat. Ondrik came back with Brown and Morgan, all sinking their shots. Jordan Jensen-Whyte scored four more points for the T-Birds. With two minutes remaining, Jalalpoor scored double three-pointers from the top of the arch. UBC was trailing by three points going into the last quarter.

The T-Birds dropped way back again in the fourth quarter until a three-point shot from Morgan cut Regina's lead down to two points. After one foul shot from Morgan, the game was tied and UBC jumped ahead to a lead of one after another. In the last two minutes of the game, Regina barely managed to steal back their points and the final score was 83-79.