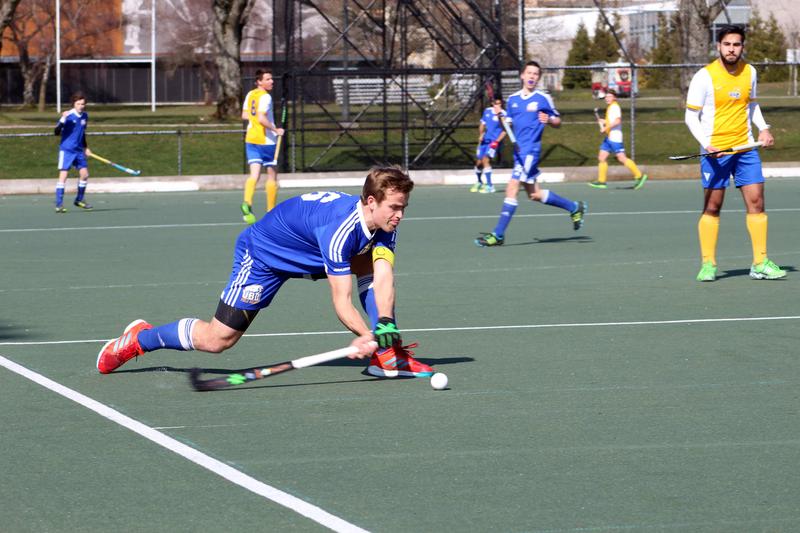 Gordon Johnston looks to make a pass across the pitch. Scott Young

With playoffs on the horizon, the UBC Thunderbirds men’s field hockey team are putting a new system to the test with a focus on defence-minded play. That new strategy seemed to pay off in their final regular season game on Saturday against the University of Victoria (UVic) Vikes, as the team secured a 10-1 win.

“The system we played today was totally different and I want the players to not worry about the score and try to play the system. We’re trying to play a more defensive structured system where we do have our midfields pushing up into attack and counterattacking as much as possible,” UBC head coach Kinder Gill said of his team’s new plan.

UVic, on the other hand, was looking to finally settle into their own game, having faced a turbulent season schedule. With many games being cancelled due to poor weather, the Vikes team only started to get back into play in the last few weeks. So far in 2018, they have posted two wins, two losses and two game postponements due to weather conditions. 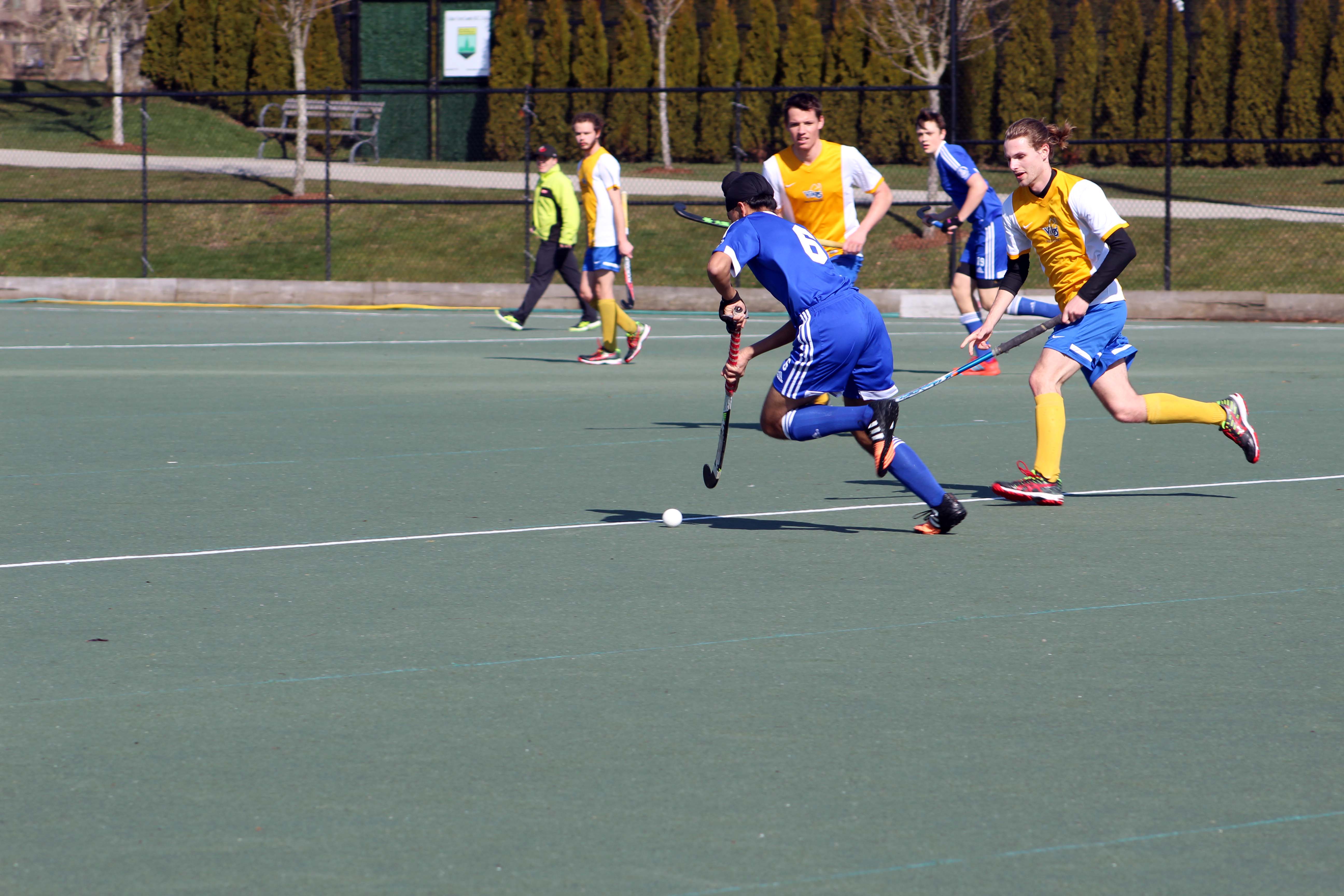 UBC started off strong with their first goal coming in at just over five minutes into the game. Team captain Gordon Johnston bounced the ball just past UVic goalkeeper Jack Matthews’s reach to put the home side ahead. From there, the ’Birds didn’t let up, scoring five more in the first period, two of which Johnston clinically picked off the bottom corners during short corners. He put away his third off a breakaway pass from Brien Murphy where he deked out the goalie. Tom Fannin added to his own tally for the season as well, after just missing with a tomahawk around the the 30 minute mark.

The game was held mostly in the Vikes’ half, with any breakout attempts from Victoria quickly getting shut down as UBC defenders stepped in front of the forwards and cut off passing options. UVic did manage to get one offensive short corner in the 13th minute, but UBC also quickly stifled that chance.

In the second half, UBC was held off from scoring by the hardworking UVic defenders until the 14th minute. That said, UBC still managed to get more creative with their goals in the second, scoring off a baseline cross to the penalty stroke, a penalty corner and a tomahawk from the top of the D.

UVic did have a few breakaways, but they were just stopped by the defenders. UBC’s goalie even stepped up to the top of the D in an aggressive stance to cut off the shooting options for the Vikes lone striker. The defence wouldn’t manage to get UBC to the shutout though — with two minutes left, UVic squeezed out one goal on a short corner.

“Overall, there are still things to work out,” Gill said post-game. “But I think the guys adapted quite well.”

UBC will get the chance to keep working on their system this Wednesday when they play an exhibition game against the Canadian women’s national team— a match up in anticipation for the Commonwealth Games in April. The game is set to start at 5:30 p.m. at Wright Field.

The T-Birds will then head into their playoffs this coming weekend.

This article has been updated with regard to the game time for the exhibition match against the Canadian women's national team.