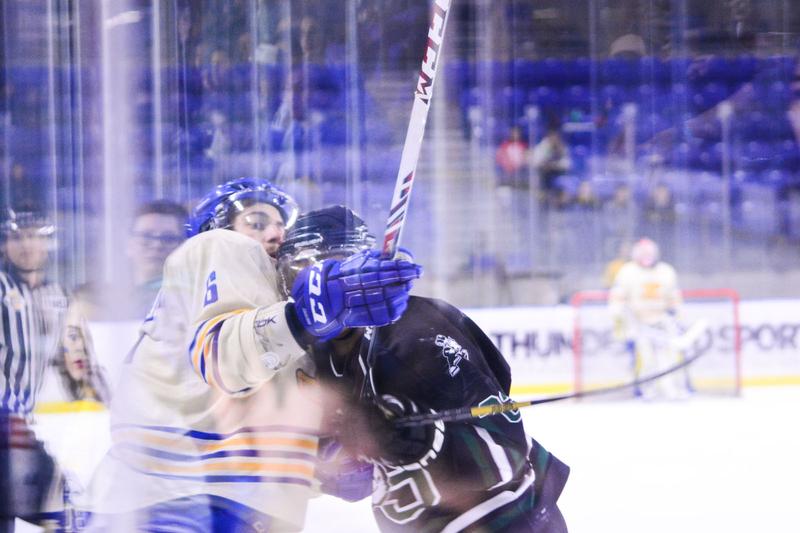 After being demoted to hybrid status and forced to seek out external funding after the sports targeting review, Vice President of Students Louise Cowin recently announced the men’s ice hockey team will retain its varsity status. Cowin claimed that the decision was based on a strategic framework that was developed over the summer by the interim leadership team.

“We recognized that hockey can play a role in achieving students and community engagement," said Cowin. “Those are two of the pillars of the strategic framework. We realized that hockey can do that in ways that many of our other teams can’t. Specifically, we think hockey can draw an audience and generate pride and school spirit in a way that sports like cross country, for example, can’t do.”

In addition, Cowin claimed that financial cooperation with alumni, donors and newly appointed Head Coach Adam Shell has factored into the decision to promote the team to varsity.

“[Men’s hockey alumni] were interested in working with the university to fund hockey,” said Cowin. “We’re also working with some donors around some potential new interest revenue generation opportunities ... our men’s hockey coach is keen to explore opportunities [in which] he can take a more entrepreneurial approach to generating additional revenue for the men’s team by way of academies and sports camps.”

Despite the fact that men’s hockey, according to Cowin, has only drawn a dismal average of 123 fans per game in recent years, the vice president is optimistic about the program’s future.

“I think it’s true to say the hockey team hasn’t been able to achieve a great deal of attraction in terms of student or community engagement in more recent years,” said Cowin. “But looking forward, we believe that they can get there.”

Cowin was also pleased with the fact that the team is off to a good start. Under Adam Shell, the ‘Birds have earned a 6-0-2 record through their first eight conference games. With the team seemingly headed towards a positive direction, Cowin felt the university needed to step up and make the decision.

“The coach is stepping up, the players are stepping up [and] the alumni are stepping up ... Based on all of this, the university also felt that it was important that we make a commitment in terms of hockey’s continuance.”