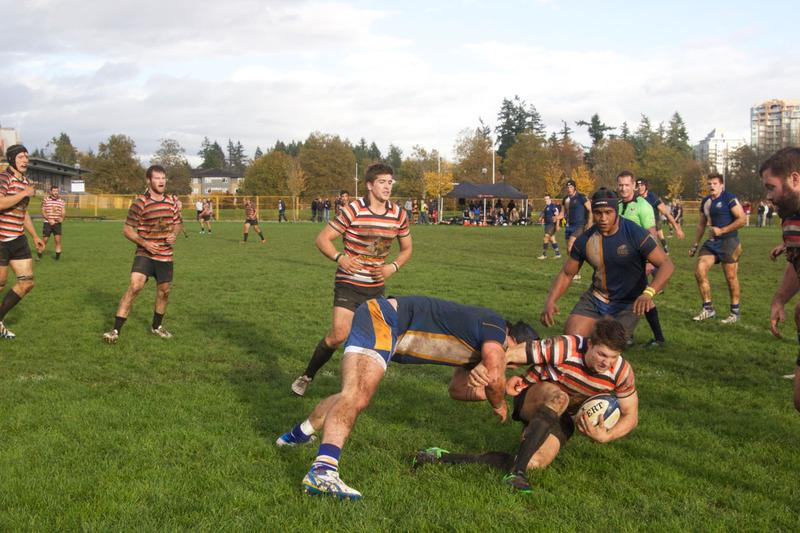 After defeating the Seattle Saracens in the semi-finals, the top-flight UBC men’s rugby team booked themselves a chance to capture the Mainland Cup on home soil. In their way was the third-seeded Burnaby Lake Rugby Club, who had upset the second place Capilano Elite the week before.

The game was played at Wolfson Field on a typical rainy Vancouver day, but the Thunderbirds did not let the weather stop them from performing at their best. Like they had been doing all season, the ’Birds dominated the game, refusing to allow their opponent a single point in a 20-0 victory.

The first half was a low scoring affair that did not see a single a try. UBC was able to maintain good possession throughout the half and did well defensively to halt Burnaby Lake from advancing the ball. The ’Birds did manage to get two field goals from Brock Staller — one taken from around centre field and another taken from about 18 yards out.

With a mere 6-0 lead going into the second half, UBC knew they needed to make it a two-possession game before switching to a more defensive playing style. The Thunderbirds would eventually get a try midway through the frame. After drawing a penalty, the team was able to maintain possession off the line-out and run the ball into the try zone to go up 13-0. They would score another try late in the game and hold on for the 20-0 win.

With the victory, the UBC men’s rugby team have been crowned the 2015 Mainland Cup champions. Incredibly, they finished the campaign with a perfect 8-0 record. The team will be looking to maintain their undefeated status as the second half of the rugby season approaches.