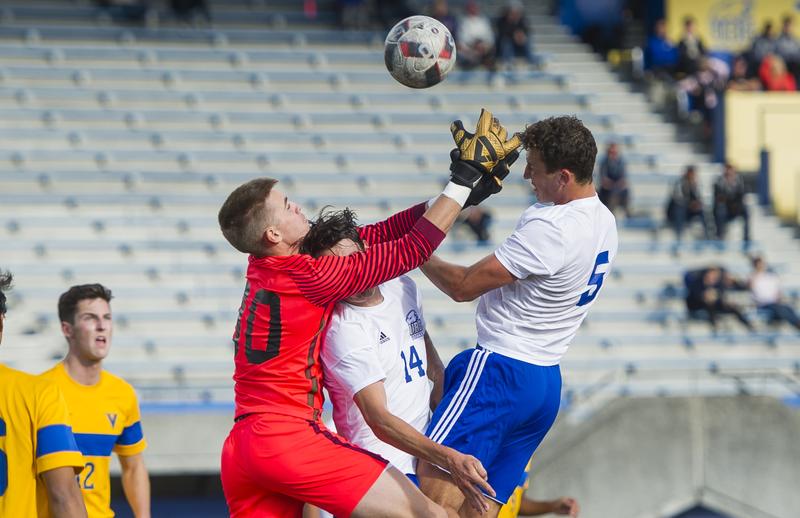 After a 5-0 thrashing of the University of Victoria (UVic) Vikes in Victoria on Thursday, the UBC men's soccer team was left wondering what went wrong on Saturday afternoon. Switching to Thunderbird Stadium, the Vikes turned the tables on the home side, finishing the game 2-1 up against the highly favoured T-Birds team.

On Thursday, the ’Birds were dominant — all five goals came off different feet. UBC opened the scoring in the 13th minute with a goal from forward Kyle Sohi, then doubled their lead in the 35th with a goal from Zach Verhoven. Just before half time, Mihai Hodut would make it three for the 'Birds.

UBC would add two more in the second from forward Ryan Arthur and midfielder Rylan Sangha, sinking the Vikes on their home turf.

Following their 5-0 victory on the island, the division-topping ’Birds fell flat at home on Saturday, losing 2-1 to the bottom-of-division Vikes. The Thunderbirds came out looking sluggish, but managed to open up the scoring in the ninth minute as Kyle Sohi slipped an inside ball through UVic’s defence to forward Patrick Izett who ripped a blistering shot just inside the far post. 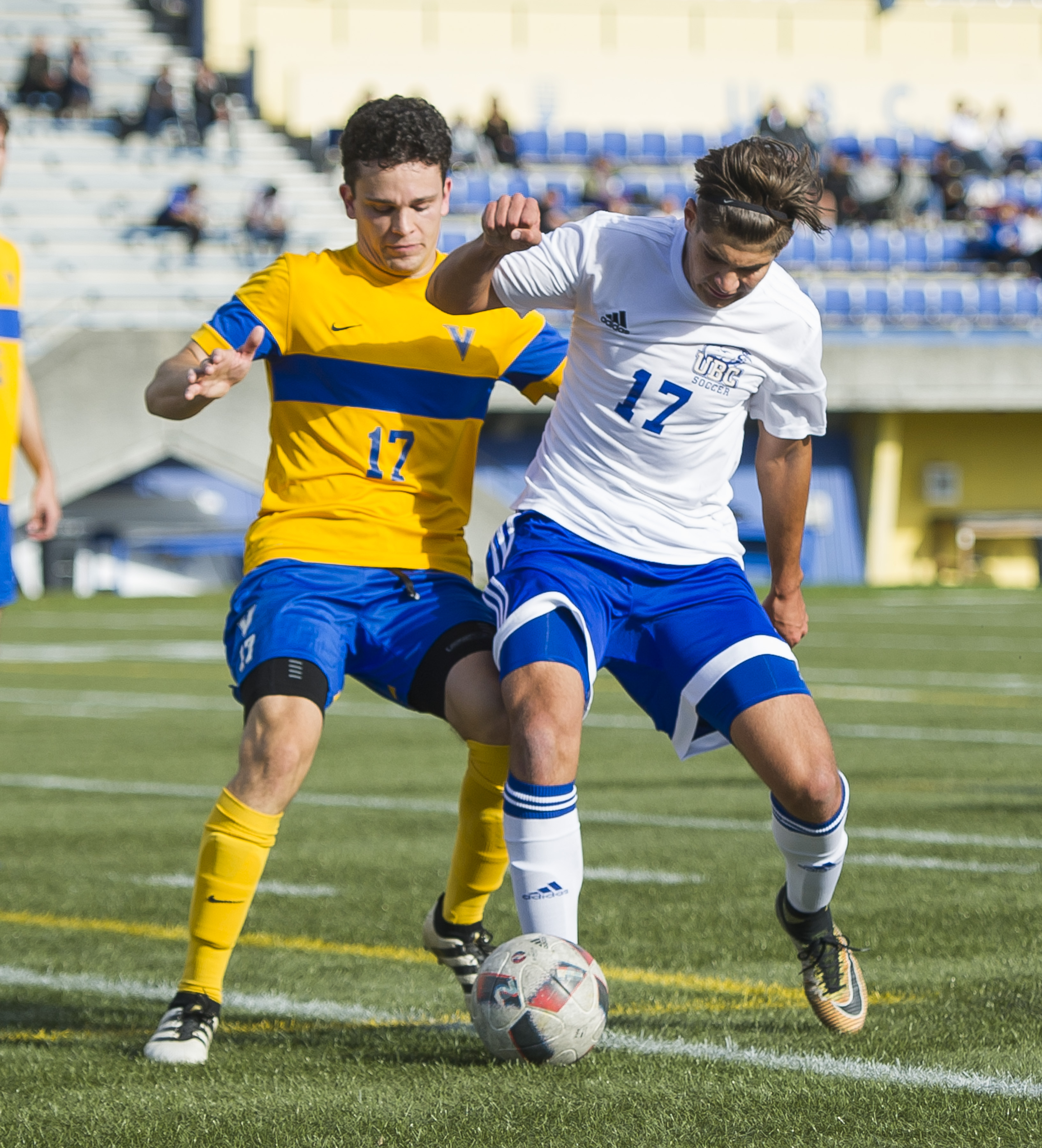 The Vikes tied it up in the 19th minute as UBC got caught ball-watching and UVic striker Michael Baart played the ball across the box to midfielder Will Adams. The Vikes rookie, free of UBC’s defence, finished the ball top corner.

UVic netted the winning goal in the 25th minute on a scramble play in front of the net. Baart played the ball back across to the top of the six yard box, finding midfielder Tarnvir Bhandal who slotted the ball across to the far side of the net past T-Birds netminder Chad Bush.

The defeat handed UBC their third loss in their last five matches.

“It’s in our hands, we go from beating a team two days ago 5-0 and then we do this — we got to figure it out,” Thunderbirds captain Karn Phagura said.

As UBC looks to get back on track next week against Thompson Rivers at home, Phagura said the team looks to “have a good week of training and then just go from there. That’s all we can do.”