Men's soccer pull off another undefeated weekend, but struggle to get a win 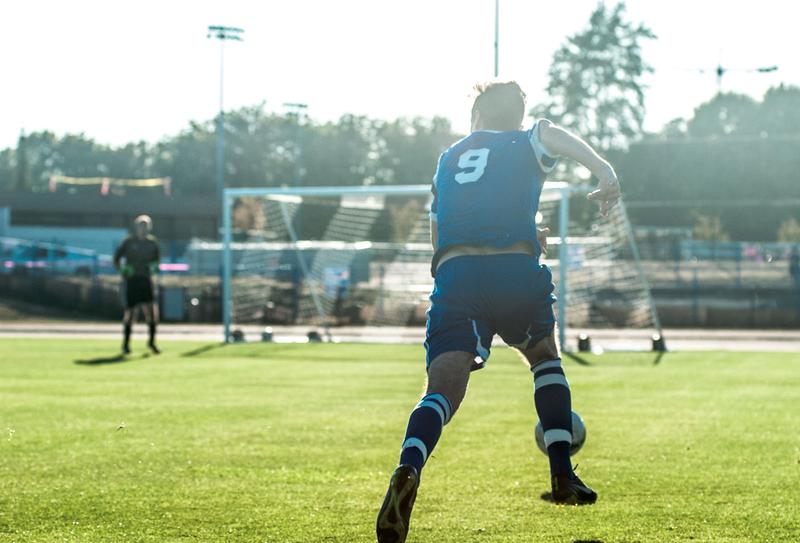 The team's season scoresheet is now incredibly arid, with scoreless ties in the last three games.

The T-Bird offence provided plenty of scoring chances in both games, but the team was unable to capitalize on these chances. In both games, the ’Birds outshot the opposition.  On Friday night — a game which saw two Canada West soccer heavyweights face off at the Thunderbird stadium — they outshot the Golden Bears, with 14 shots as compared to Alberta’s two shots. Despite the flurry of attack from the ’Birds, the game ended with both teams tied at nil.

On Sunday, it was the same old problem, but a different game as the T-Birds had yet another scoreless skirmish. The T-Birds’ goal famine continued into Sunday even as UBC made 15 shots while the Huskies made six.

But then again, in terms of defense and goalkeeping, the ’Birds are holding their own, having let by only three goals since the start of their regular season. In a UBC athletics article, UBC defender Manraj Bains recognized this saying, “Our counter-press and our defensive shape have been doing very well recently. That's probably been the best part of our game.”

The Thunderbirds came into the weekend with an undefeated conference record (4-0-2) and one point below table leaders — the Trinity Western University Spartans. The team’s scoreless ties against University of Alberta Golden Bears and University of Saskatchewan Huskies means that although they have preserved that record (4-0-4), the Spartans have also gained a four-point lead on the ’Birds.

The men’s soccer team are now officially halfway through their regular season and are still going strong, holding on to their second place spot in the Pacific Division. Six points behind them in third place are the University of Fraser Valley Cascades. While the ’Birds are safe for now, they are entering the most important half of their season and they need to get some wins to put themselves well ahead of the pack.

The T-Birds will be battling on the road in Alberta against the Mount Royal University Cougars on Saturday, September 24 at 12:30 p.m. and the University of Lethbridge Pronghorns on Sunday, September 25 at 1:15 p.m.