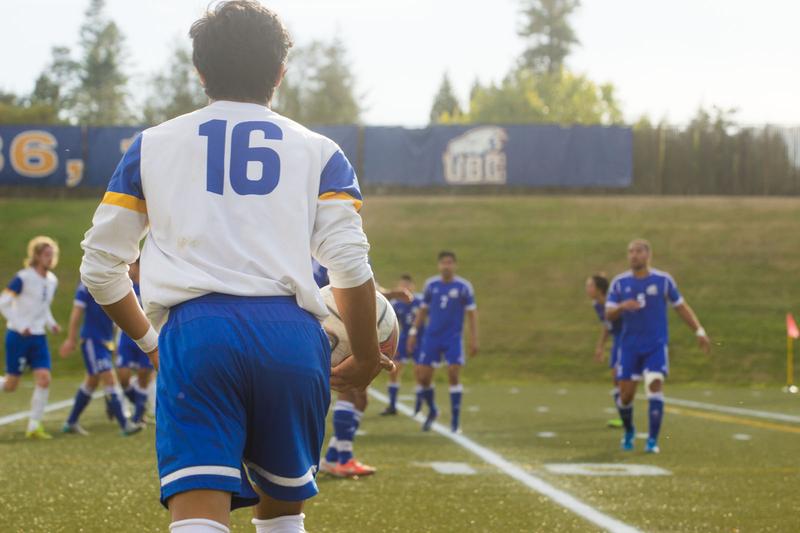 After finishing the preseason undefeated, the UBC men’s soccer team kicked off their regular season at home against the University of Victoria Vikes. The Thunderbirds recorded a 1-1 draw against a team that head coach Mike Mosher said is one of the best in the CIS. Mosher, however, was by no means satisfied with his team’s performance.

“I wasn’t happy with how we played overall,” said Mosher. “I thought the first 15 minutes were good and then we gave away a poor goal at a time we should’ve really been looking to up it on them. I thought we really did have them on the back foot. To give away such a poor goal, that really changed the context of the game and we never really recovered from that.”

The Thunderbirds got off to a good start. Former Whitecaps U-23 forward Gagan Dosanjh scored from inside the six yard box 12 minutes into the match to get UBC on the board.

“It was kind of a play on the outside,” said Dosanjh. “I think Titouan [Chopin] made a nice move past the guy and crossed it in. I took a touch inside the box, quick turn and just hit it far post and beat the goalie.”

But the lead was short lived as Craig Gorman equalized for the Vikes just one minute later. The goal was scored off a shot from the top of the 18 that beat an outstretched Chad Bush.

“I was very pleased that we were able to react and come back within a minute,” said Vikes head coach Bruce Wilson. “And then I thought we took it to them a little bit and had our chances to win the game.”

One of those chances came in the 58th minute, when Gorman managed to deke around Bush inside the box. Luckily for the Thunderbirds, Bush recovered and denied the Vikes midfielder his second score of the night.

Titouan Chopin nearly got the go-ahead goal for UBC in the 70th minute when his left-footed strike from long range just missed the top corner. The Thunderbirds came pressing again three minutes later when, with Victoria keeper Noah Pawlowski off his line, Han Sol Kim attempted a chip which went just wide past the right post.

Unable to capitalize on their chances, both teams shared the spoils and settled for the draw.

Despite creating a number of good chances, Mosher was displeased with his team’s second half performance.

“We never really got ourselves going anywhere near the way we played the first 15 minutes,” said Mosher. “It’s disappointing. Victoria is a good team and we knew that. In some ways, we were probably lucky to get away with a draw the way we played in the second half because it wasn’t good enough.”

The Thunderbirds will travel south to Seattle on Friday to play an exhibition match against the University of Washington before heading to Abbotsford for their first away match of the regular season against University of the Fraser Valley on September 18. 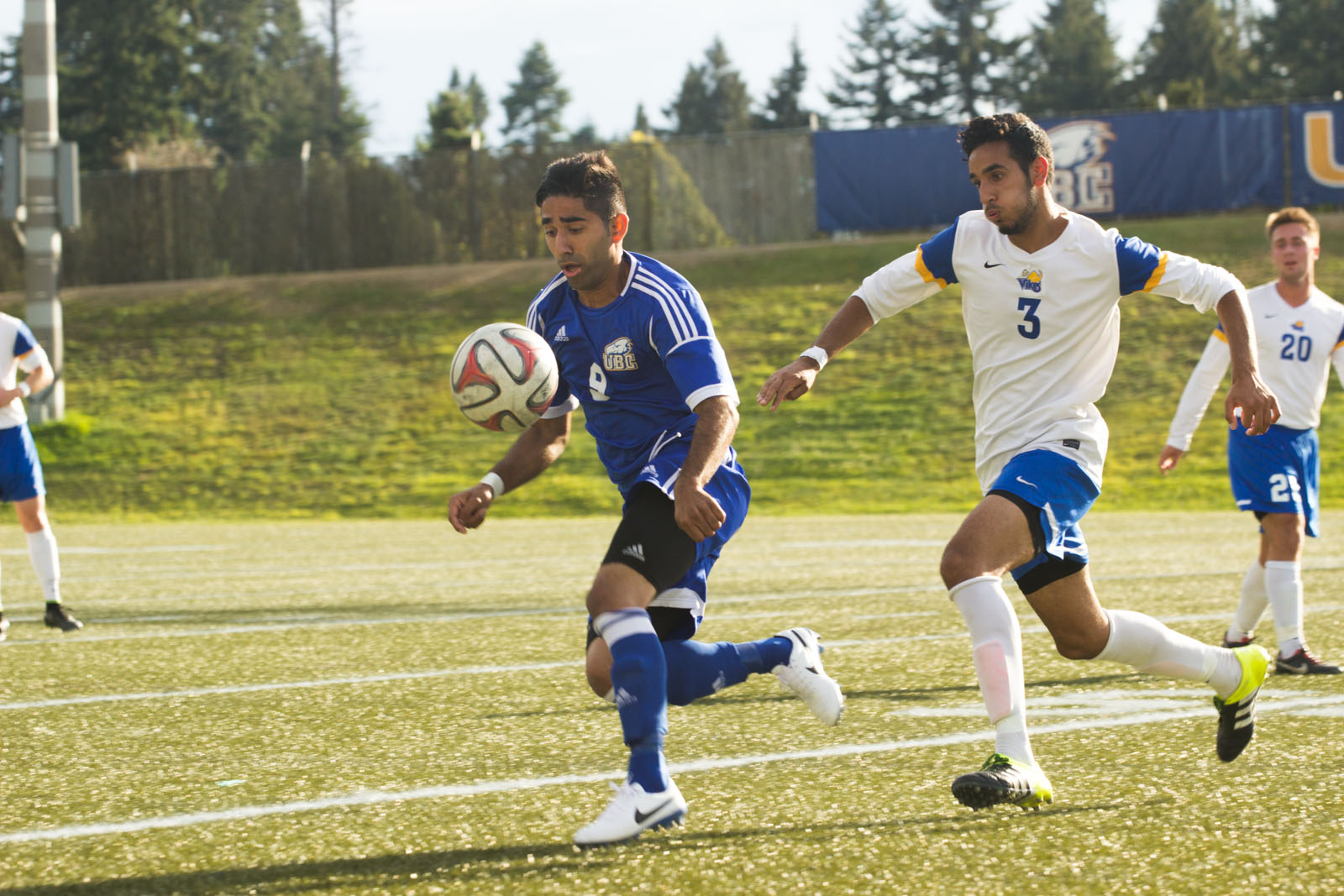