'Birds victorious in UBC showdown, defeat Heat on the road 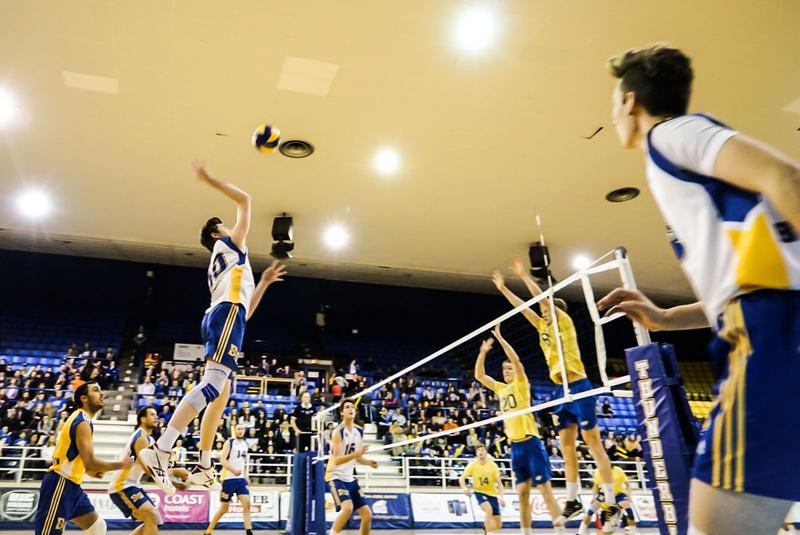 The ’Birds made 53 kills in Saturday's game against UBCO. Choladorn Sinrachatanant/ The Ubyssey

After a relatively successful preseason, UBC men’s volleyball headed back to where it all began — visiting UBC Okanagan (UBCO) with the hopes of repeating their successful 3-1 practice match in mid-September. They did just that, taking the UBCO Heat down 3-1 in both matches this weekend.

On Saturday, the beginning of the first set was a point-to-point battle between the teams, with the Thunderbirds unable to take a moment’s breather due to the Heat’s hard defense on the net. The two teams stayed locked up in a 14-14 tie until UBC first-year Fynn McCarthy scored a kill — giving UBC a slight upper-hand. The Thunderbirds then widened their gap to 23-16 and finished the set ahead 25-18.

The second set was an easier one for the 'Birds, as the Heat decided to substitute two of their senior players out — UBC seized the moment and upped their lead quickly from 14-10 to 17-10 midway through the set — they would finish the set ahead 25-17.

The Heat shook things up in the third set, though, when the well-rested Heat veterans stepped back onto the court and stopped the 'Birds from taking the game in straight sets.

UBCO middle Kyle Hinchey and outside hitter Lars Bornemann put up a more aggressive attack, contributing most of the kills for the home team. The Thunderbirds caught up after several three-point-runs, but UBCO took the set 25-21 and extended the match up into one final set.

The two teams went to a head-to-head battle in the fourth. Luck was not on the Heat’s side, as their leading scorer Kyle Hinchey injured himself at the beginning of the set, breaking up UBCO’s momentum and stopping their progress in its tracks. The set finally ended 25-22 in favour of the T-Birds.

Together, the Thunderbirds made 53 kills throughout the game. Irvan Brar led UBC’s attack with 17 kills, followed by Joel Regehr and Matt Guidi with eight each.

The Thunderbirds will hope to keep the positive season start going when they return home for their first regular season games at War Memorial Gym on November 3 and 4 against Calgary.