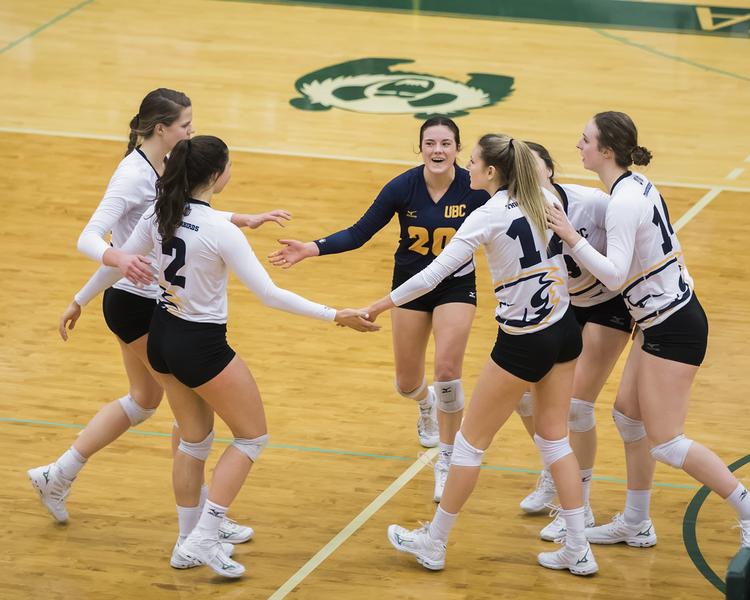 It’s another national championship win for UBC this year.

After going down two sets to none, the ’Birds dug deep and won the next three straight to claim the victory. Thunderbird veteran Olivia Furlan took player of the game with 57 assists on the night, while Kiera Van Ryk took home tournament MVP after another powerful performance.

The Ryerson Rams jumped out to an early lead in the first set, going up 6 points and putting the ’Birds in a tough hole in the opening set. UBC made some hitting errors on the outside but started to find their stride, closing the gap to three points and 9-12 scoreline. The ’Birds failed to muster much offense from then on in the first, and Ryerson took the set 25-14.

The second opened with a greater intensity for the ’Birds as they got up in pairs for the blocks much more effectively than the first set. With the set tied up at 10, UBC started to finally find their legs. However, UBC would lose their two-point lead and go into the technical timeout down 14-16. After UBC gave up points on a few serving errors, the Rams would take the second set 25-20.

With all the pressure on UBC, the third set started with the ’Birds scoring key points to keep the game tight and tied at five early. The blue and gold started to pick up the outside hitting at the midpoint of the set, going up four and forcing a Rams timeout. UBC went into the technical timeout with a two point lead. From there, the ’Birds looked much more organized as they made the Rams drop their first set of the tournament with a 20-25 win. 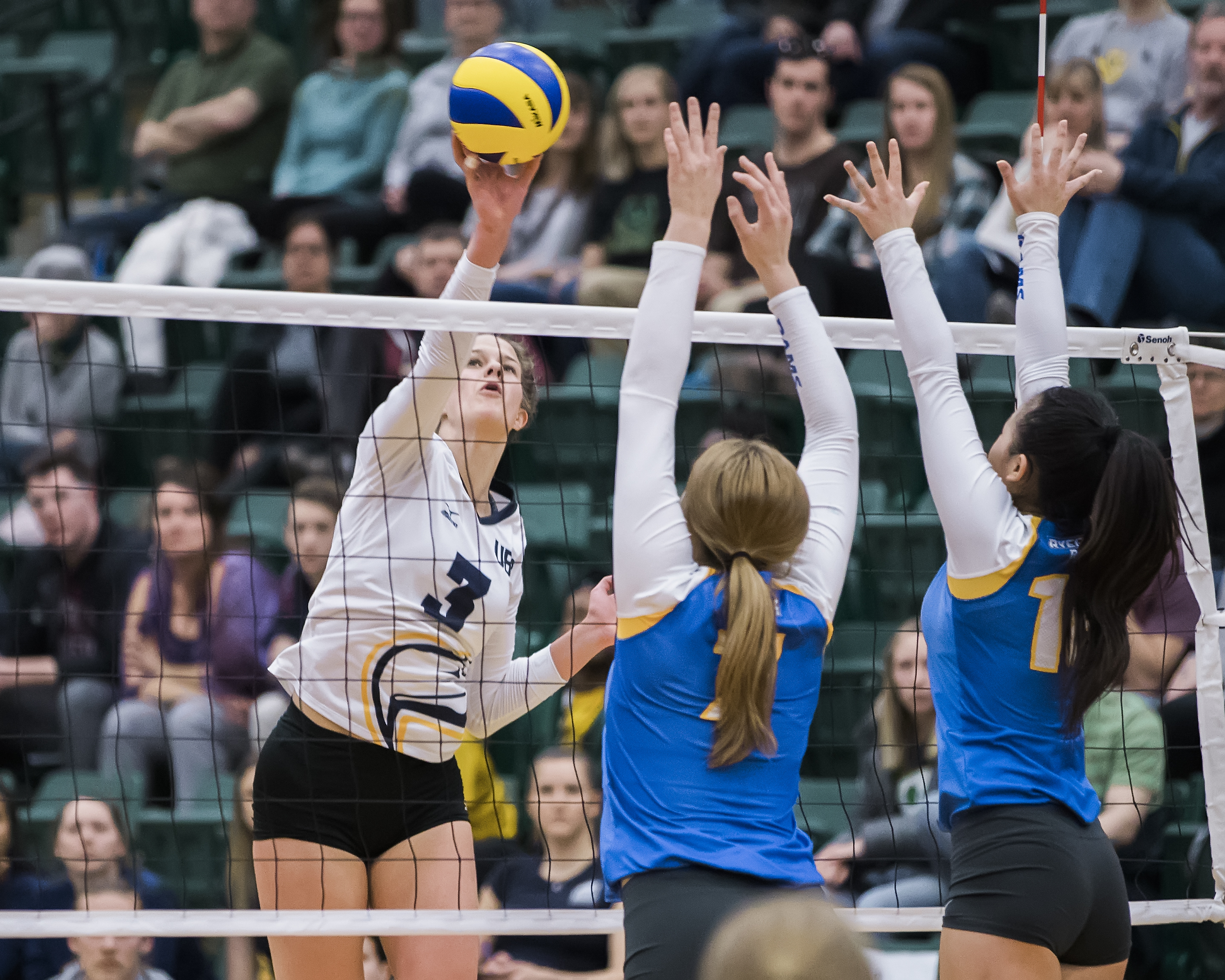 The fourth set began with a blistering kill from Van Ryk as UBC looked to build momentum off their explosive third set. The team continued to apply pressure, building to a four-point lead with some great serving from Tessa Davis and Anna Price. The Rams battled back within a point, but UBC was up three going into the technical timeout at 16-13. As the set continued to be extremely tight, both teams found space in the opposing teams backline. UBC spread the offense across their roster, creating chaos for the Rams blocking scheme — and it paid off. The ’Birds took the fourth set with a huge hit off a block by Jayde Robertsen, finishing with a 25-20 lead and forcing a fifth set.

To start the fifth, Price went on a with a three-point serving run for UBC and forced an early Rams timeout. As the intensity picked up, the ’Birds were subject to an unfortunate call handing a free point to the Rams. Even so, UBC took a five-point lead into the technical timeout. The ’Birds continued to pound the ball at the Rams defense, but the Toronto side stood equal to the task as they closed the UBC lead to two points. At an 11-9 lead, UBC continued to play a strong defense as the teams traded serves. After a lengthy rally, Van Ryk would — as has been a trend all season — lead UBC’s offense and complete the epic comeback, taking the final set with a final score of 15-11.

The final set win put UBC up to an overall 3-2 match win and earned them a national title — their 12th in program history. 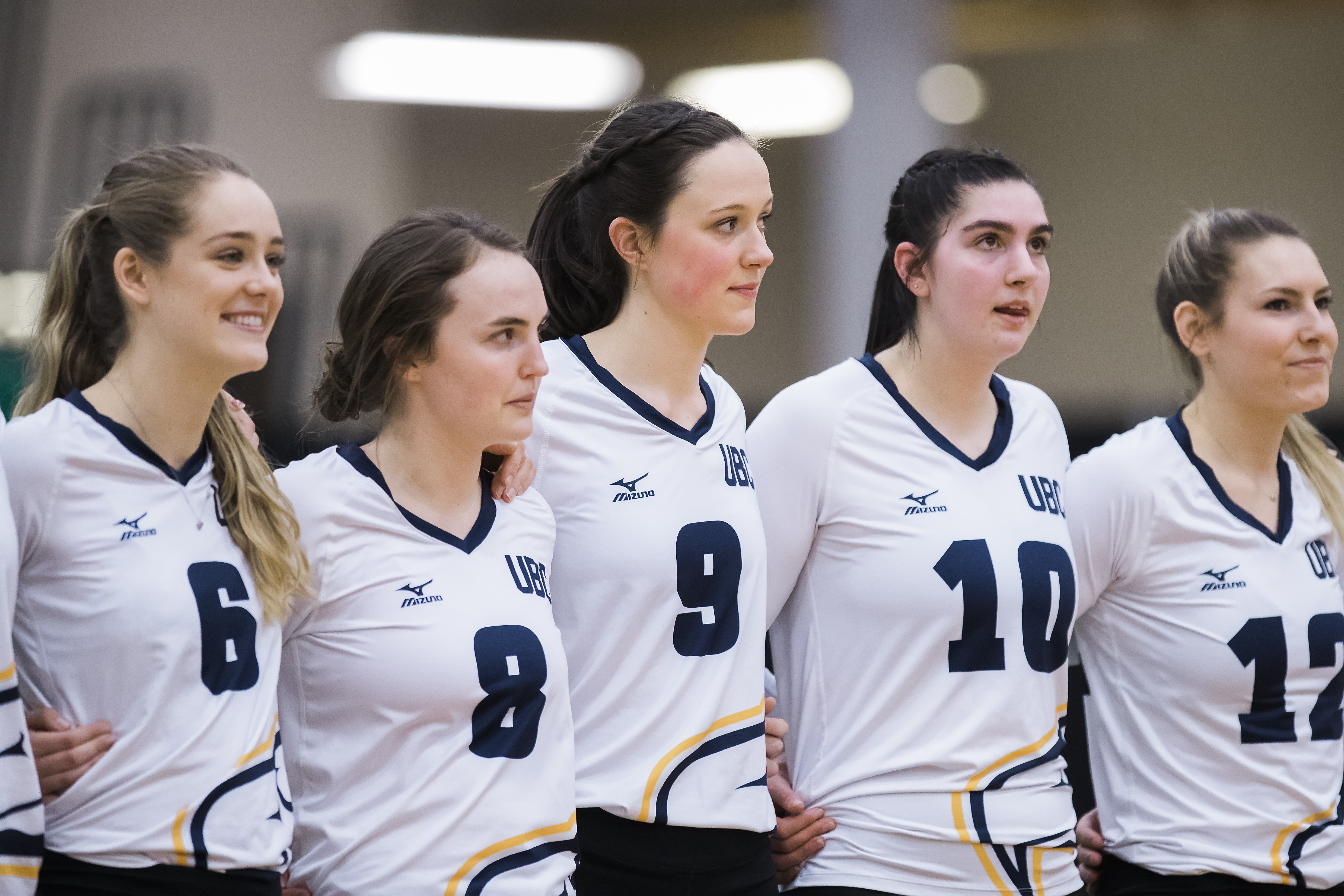