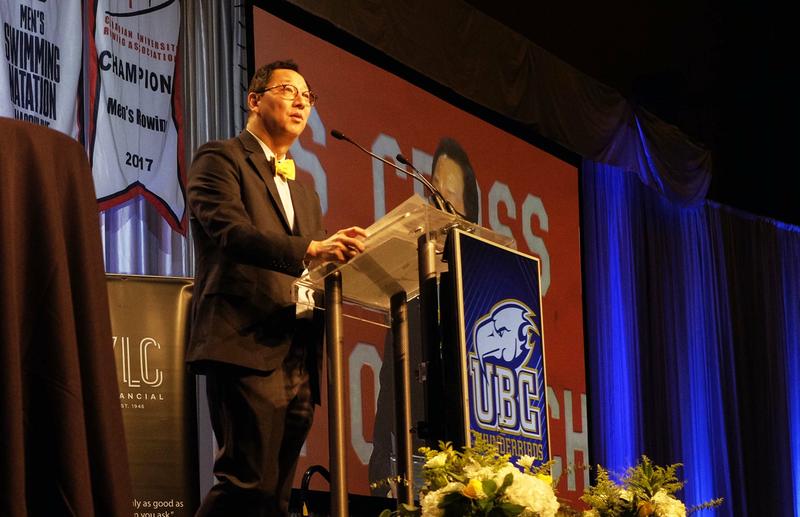 In an announcement made on Tuesday morning, UBC has instituted a new scholarship endowment which focuses on women's athletics: the Blue and Gold Women's Varsity Endowment Fund.

The fund — currently seeded by a $30,000 anonymous gift — is part of the Blue and Gold campaign announced in November 2017 by President Santa Ono.

In a speech made in front of T-Bird athletes, coaches, staff, donors and supporters at the 2018 ZLC Millennium Scholarship Breakfast, Ono pointed to a need to close the gender gap within the sports scholarship landscape at UBC.

Though female student athletes are currently supported by the Twenty-8 group, a leadership group for funding women in varsity sport on campus, the new Blue and Gold Women's Varsity Endowment Fund will provide further support for the women's teams.

“Although UBC and its partners like the Twenty-8 group have increased financial support for our varsity Thunderbird women, there is unfortunately still a disparity that exists between scholarships for female and male athletes, one that occurs all too often throughout our world in every sector,” Ono said. “Let us commit today to start to change that and to make it just as possible to succeed as a female athlete, as a male athlete.”

For the 2018 fiscal year, women's varsity programs received $563,669 in scholarship funding — $150,591 less than their men's counterparts who had $714,260. Neither number includes football — which received $246,806 — due to the fact that it has no women's equivalent sport. Similarly, the more individual sports like cross country are a separate classification, with $167, 129 allotted for scholarships.

These totals encompass funding from endowments and one-time donations, UBC Athletics and the Leadership Fund, UBC funded scholarships — like those created through Millennium Breakfast matching — and government funding. 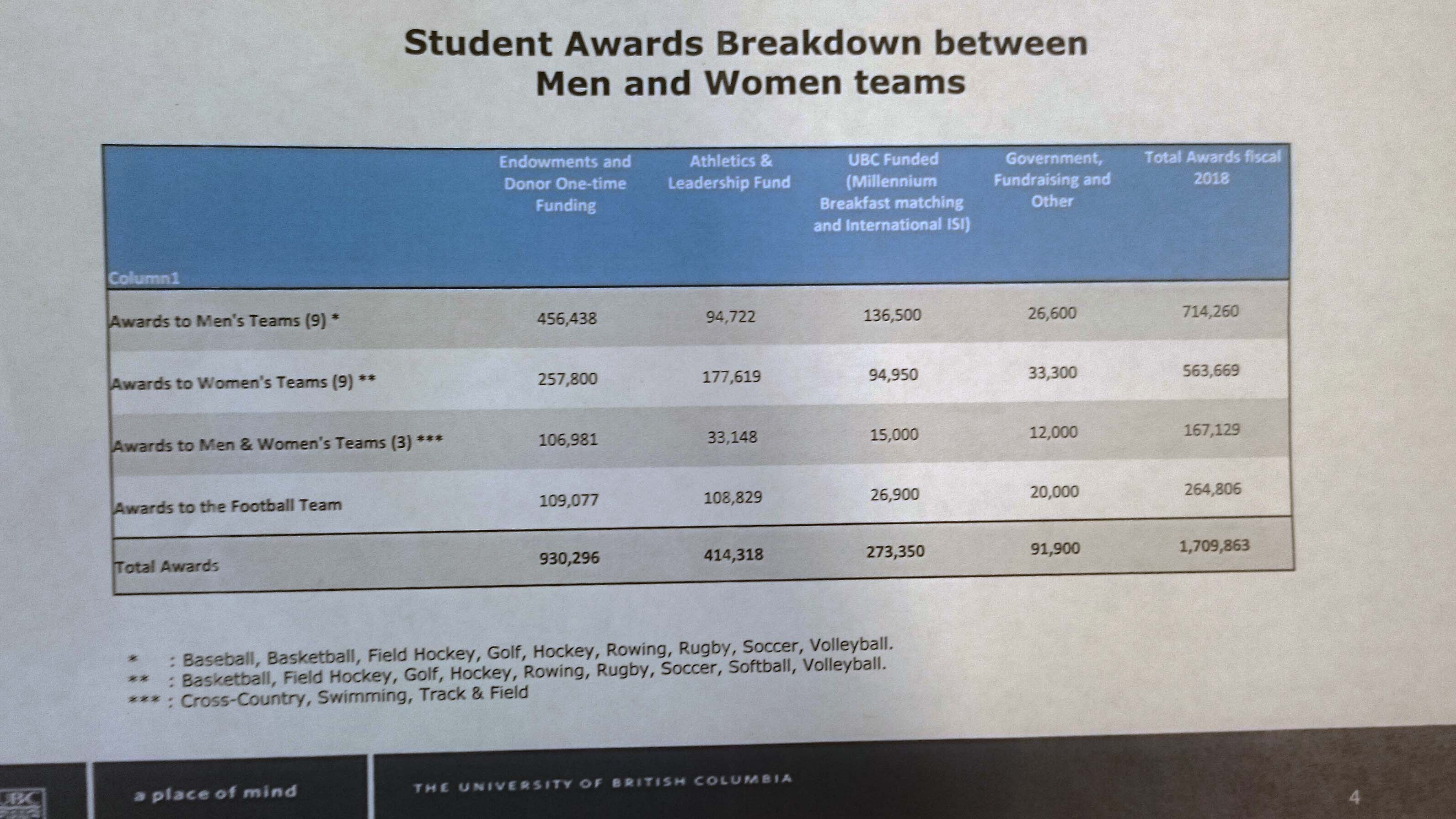 Going forward, UBC has guaranteed it will match up to $100,000 worth of donations to grow the Women's Varsity Endowment Fund, with the possibility to expand that dollar-for-dollar plan should the current strategy “do very very well,” as Ono stated.

The women's field hockey team has already raised $8,000 for the fund— a healthy start to a new, women's focused campaign.

“I'd like to ask all of you to consider focusing perhaps some of your support this year to this new fund, to encourage you to close the gender gap and to join us in supporting our female varsity athletes...,” Ono said to the Millennium Breakfast attendees. “This is a wonderful opportunity to truly make a difference in the lives of our female varsity athletes who perform so exceptionally.”