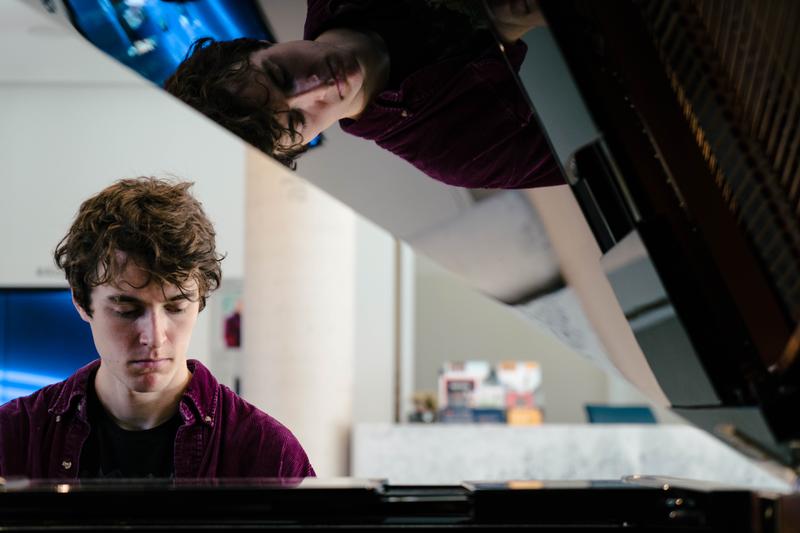 "This is what I chose to do,” Groh said. Elizabeth Wang

What brought you to UBC — the academics, an adventure away from home, or is it a place where you can continue doing the activity you love? For Jeff Groh, senior member of UBC’s cross country and track teams, it was a combination of the three.

“I think [the academics] is what really drew me here. But then fortunately ... we had this coaching shift [in track and cross country] and now — not that it wasn’t strong before — but the team has ended up being a really strong program ... It’s been a great fit sort of without me even realizing that at the outset,” Groh said of his decision to make the move to Canada.

The Hummelstown, Pennsylvania native had little connection to the West Coast before attending UBC. As he explained, his university plan was just to see a new part of the world that could accommodate his three main interests: biology, music and running.

UBC fit the bill — even though other schools caught his eye for athletics, the combination of opportunities here brought the American north of the border. What was less anticipated was the struggle to find a balance between academics and athletics, which hit the distance runner hard in his first years on campus.

From struggling to stabilizing

Having navigated first-year tribulations successfully, Groh faced a tough decision in his second year when the workload of running, science and music had pushed him to his limits. With a heavy course load, practices and meets to navigate, he made an impossible decision for any athlete — leaving his sport.

“I was a little bit uncertain about my priorities and decided to try taking a year off of racing. That was a sort of a difficult decision but I had the support of coaching staff and my peers,” Groh explained.

Yet, with that newfound schedule space where athletics used to fit, the Pennsylvanian came to realize that athletics was a larger piece of himself than expected and a piece he couldn’t leave behind.

From there, Groh rejoined the track team for the last spring season, looking to regain his footing within his running career — but things wouldn’t go as planned. After starting back with his training, the Lower Dauphin High graduate hit a bump in the road as he over-trained and partially tore his Achilles.

Though he was still mobile, the injury set him back in his training as running caused him discomfort for several months.

Beyond the physical toll, the irony of his injury also took a mental toll.

“I made a conscious decision to return to track after having quit and then upon doing so was just further prevented from racing, so it seems like there’s sort of a narrative of things getting in the way, whether that be school or injury,” he said. 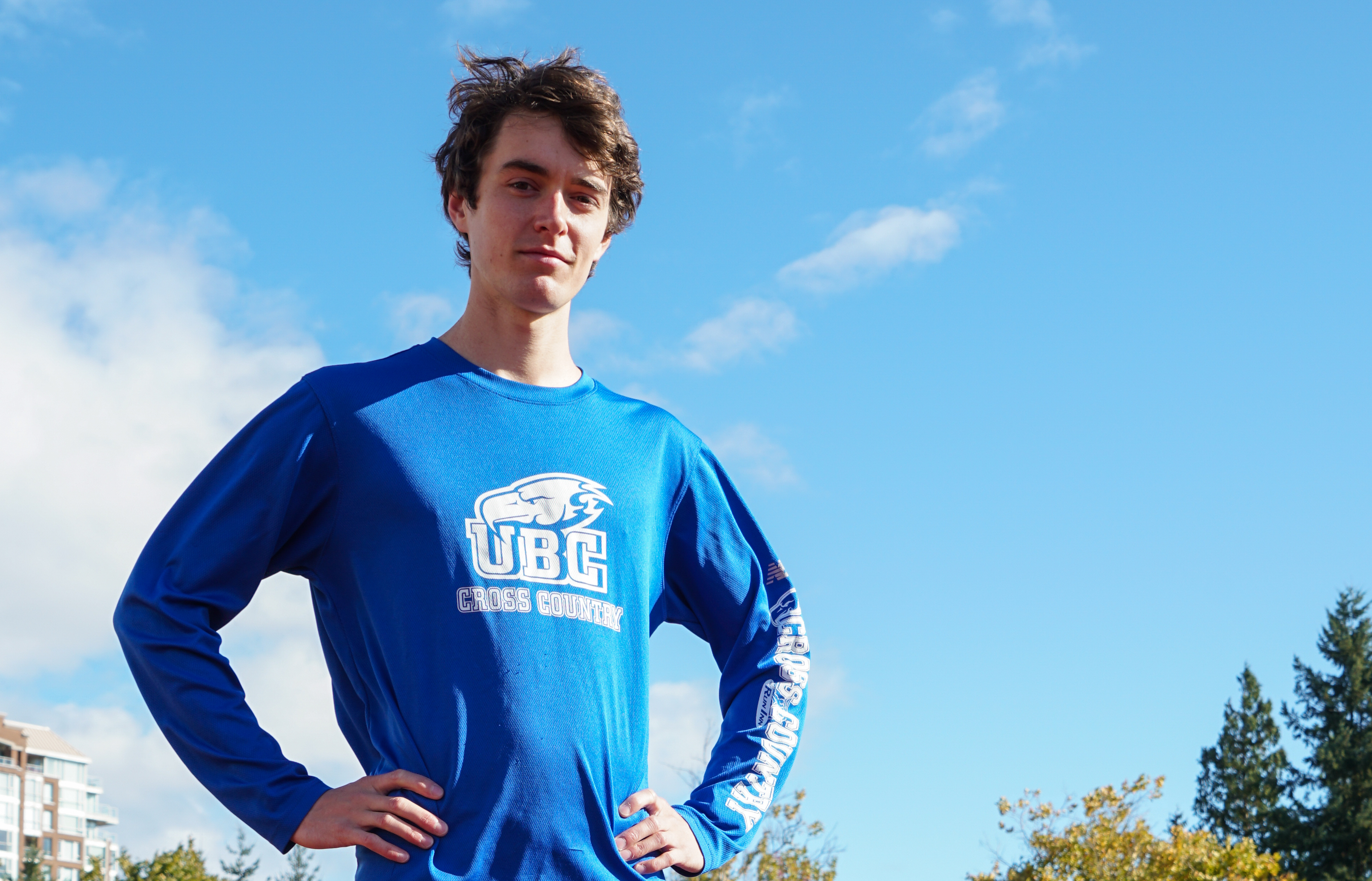 Groh competes in both cross country and the 1,500 metre for the track and field team. Elizabeth Wang

Even so, after months of recovery Groh is back for the next chapter of his UBC story. Today, he is back on the cross country roster, having competed in his first race just two weeks ago. All the while, he continues to carefully manage his athletics and his course work in both biology and music.

Through the trials of first and second year, biology surfaced as the primary focus for Groh’s academics. With a fascination around organisms and evolution, the third-year honours biology student has found his place in plant biology.

“It’s super cool. I guess its somewhat niche, there aren’t — to my knowledge — any other people in plant biology specifically but it’s really just a sub-specialization within honours biology,” Groh explained. “It’s phenomenal really, I mean UBC has some of the best biologists and botanists in the world so it’s a great place to be studying.” 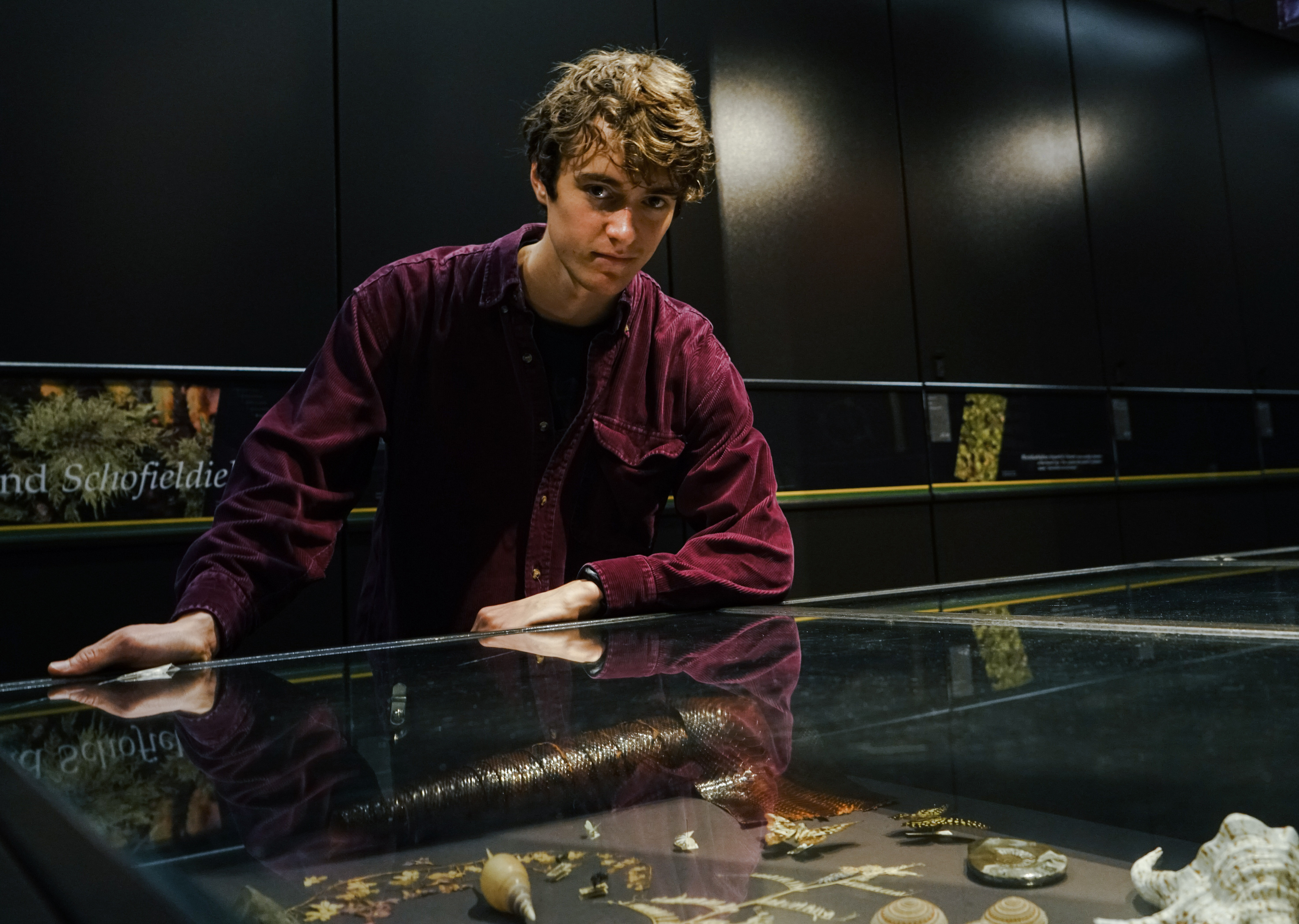 With his hyper-specialization, Groh has had the opportunity to join in on several research projects on campus. Currently, he is working with two different labs in the Biodiversity Research Centre on two separate projects under the supervision and mentorship of Quentin Cronk, professor of botany, and Dolph Schluter, professor of zoology.

The first, as Groh explained, is investigating interactions between species and how that drives the formation of new species; the experiment is being conducted in experimental ponds on the south side of campus, with stickleback fish caught in the wild.

On the other hand, the cross country athlete is also working on a project considering “whether or not hybridization between two native wildflowers in BC has led to the extinction of a local population … the population of interest is just outside Marble Range Provincial Park.”

Due to practicality and with a timely graduation in mind, Groh has moved more so into the science realm for his degree. Still, music continues to play a part in how his story is unfolding.

Beyond his talents in the lab, the distance runner can also tickle the ivories — and he does it quite well. Having played the piano since childhood, he honed in on his musical education in high school and never looked back, taking that passion to the classrooms and performance halls of UBC.

In his first years here on campus, Groh was the namesake for the UBC-based jazz trio the Jeff Groh Trio. As he explained, the group was recommended by the music department to play at several community and campus engagements. His most memorable performance? Playing an original composition at the unveiling of the piano in the Robert H. Lee Alumni Centre.

“… It was touching that I was asked to [perform], that I was recommended to the ceremony organizers and then I had a chance to perform my own composition in front of some people who are really important in the UBC community.”

As the commitments and trials of honours biology and athletics continued to iron out, music — on an academic basis — has been put on the back-burner for now. That said, Groh explained that he does have some performances lined up for this winter, including a performance in the rhythm symposium held at the School of Music.

Though he has taken biology as his focus this term out of necessity, music is still a passion that shines through.

“I sort of believe that everyone in some way is passionate about … whatever gives their life meaning and music I think is a very common outlet for people to relate to their life in a meaningful way… I just feel fortunate that I had the opportunities to explore that avenue for expression.”

Whether that’s music, biology or running, Groh continues to put his best foot forward on the track, in his labs and his classes. A tough course load for anyone — let alone a varsity athlete — the third-year runner continues to have a positive attitude towards his current university experience, though admitting it has its hardships.

“It is stressful, but you know I predicted that and my attitude is overall very positive,” he said.

“The balance is just kind of the best you can do. It’s been important for me to sort of recognize that ... this is what I chose to do.”