Places to Be: Cheakamus Canyon

The first time my mom tried rock-climbing, I had just begun middle school in New Jersey. She probably didn’t even make it halfway up the climb, but I wasn’t expecting too much from her and I was just glad that she tried. Eight years later, my mom has become a total climber hippie. She has climbed everywhere from Cuba to Argentina, and spends the rest of her time living out of her van near a cliff in Upstate New York. She used to call my school telling them I was sick for the day so that she could take me climbing. When I flew out to California last summer to tour universities, she hijacked my trip and spent the whole time trying to find a ride to Yosemite or Joshua Tree to go climbing. For my mother, there was no better day than one spent hanging out by a cliff just enjoying the outside.

When I finally decided to come to UBC, my mother was ecstatic. While I had come here primarily for the engineering program, my mother knew that Squamish was just a few hours away — and it boasts some of the most outstanding and beautiful climbs in the North America. In 2014, my family and I went up to Whistler to go biking and hiking for the day. When we passed by the massive granite face of The Chief, we were all glued to the window in awe. My mother — who was in the car with us — immediately ditched us to go rent some gear and climb it the very same day. Since my first day of classes at UBC, I’ve been waiting for the chance to try it for myself.

I met Alex in my PHYS 170 class and we immediately found a common interest — climbing. After spending a few weeks practicing climbing in the Aviary, we made plans to head to Squamish over the weekend.

Getting to Squamish with no money and no car can either be a deal breaker or the start of a great story. I met Alex early Saturday morning outside of my residence, and we made our way to the bus loop. With a climbing rope around my shoulder and climbing gear in my backpack, we got onto the 14 and headed towards West Vancouver.

Once we got as far west as the bus would take us, we walked a few kilometres to the Trans-Canada Highway and stuck out our thumbs. It wasn’t too long before a Quebecois ski bum picked us up and drove us all the way to Squamish. Once in town, we found ourselves a guidebook for the different climbing areas and headed back onto the Sea-to-Sky highway to find a ride up Cheakamus Canyon, about 26 kilometres north of Squamish. I rode in the front seat with Mark, a trucker on his way north to Alaska. Alex sat in the back with Mark’s dog and all of our gear. Our new trucker friend dropped us off at the Cheakamus Canyon’s parking lot, and by 1 p.m. our day had begun. 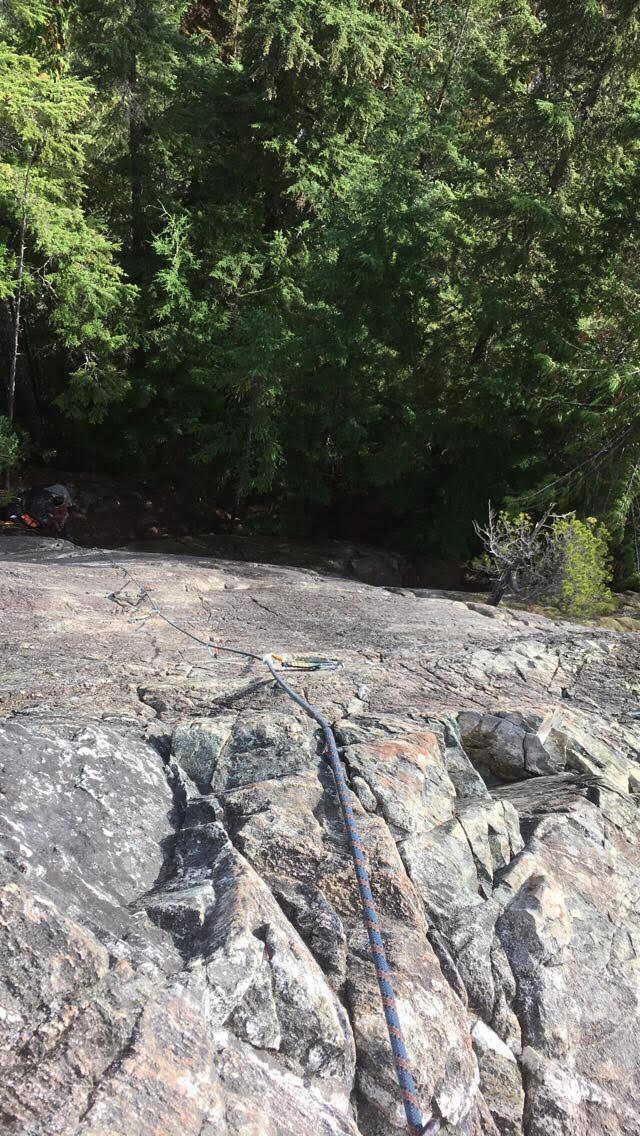 The whole cliff face gently sloped away from us. Courtesy Gabriel Robinson-Leith

The base of the cliff sprang up from the edge of the parking lot so it was only a few short minutes until Alex and I were all roped up and ready to go. The whole cliff face gently sloped away from us, which meant we could support our weight over miniscule granite crystals. With each move, I had to shift my body from one precarious foot hold to another, all the while holding onto crimps with less definition than the treads on my bike tires. My fingertips were numb against the cold October stone, but I would not be deterred. When I finally reached the anchors, I spent a few minutes securing myself to the bolts before leaning back and breathing in the view. The coastal mountains shone through the rolling afternoon mist and were only dwarfed by the awesome expanse of green that rolled out in all directions towards the horizon.

Alex and I spent nearly three hours climbing a few easy routes and enjoying the sun. Even though I was only a few hours from UBC, I felt so far removed from all the anxieties and pressures that I had left behind on campus. There was really nothing to do but enjoy a beautiful day in beautiful British Columbia. 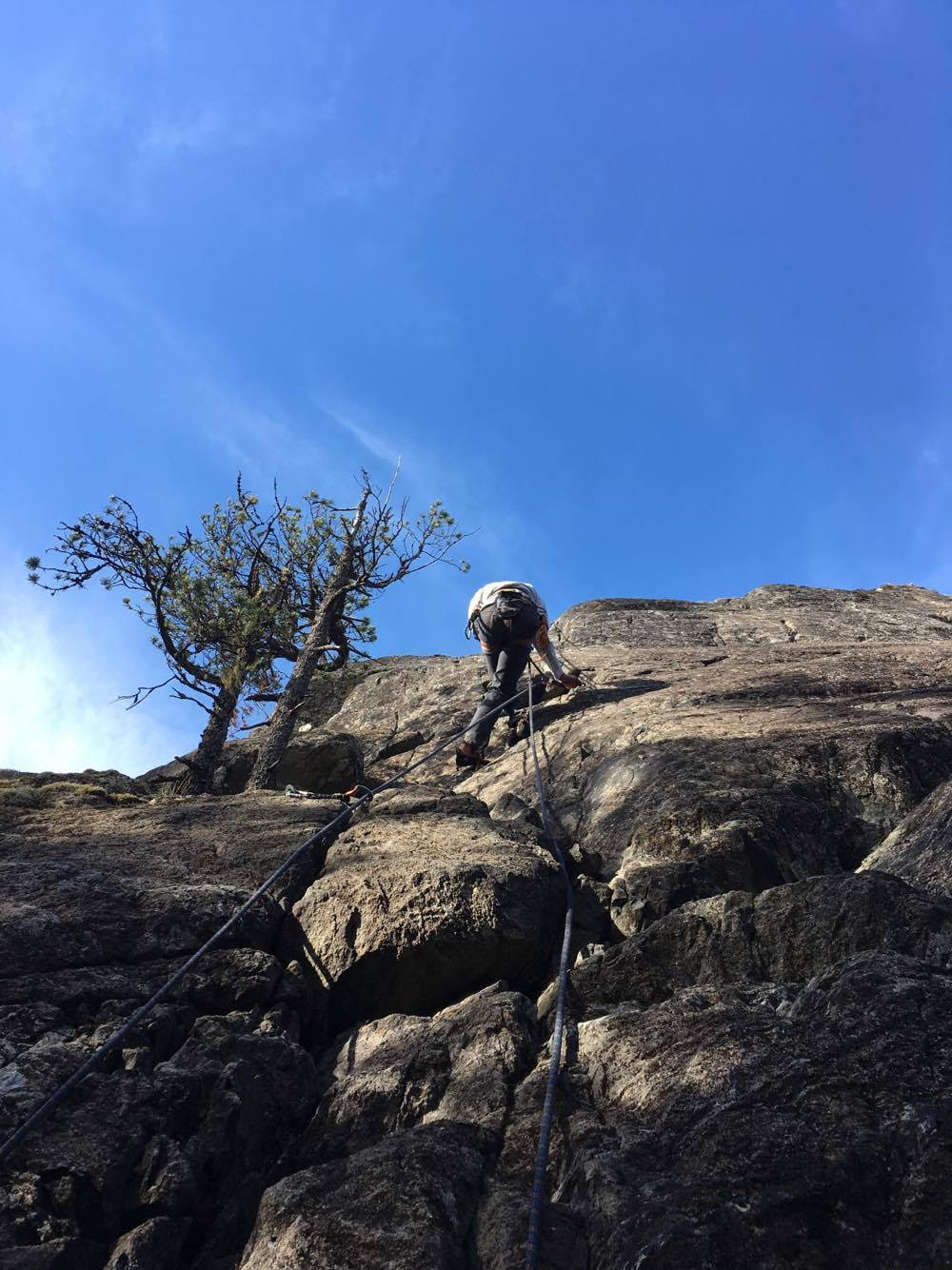 On our way back we got picked up by a bunch of students from the University of Portland who drove us all the way to Broadway. We thanked them profusely and got in line to take the 99 bus back to campus. I think I fell asleep by 8:30 p.m. that night, without much worry about the midterms I was supposed to be studying for.

There is so much more in Vancouver than just our campus — a great day spent outside is not as far as it seems.