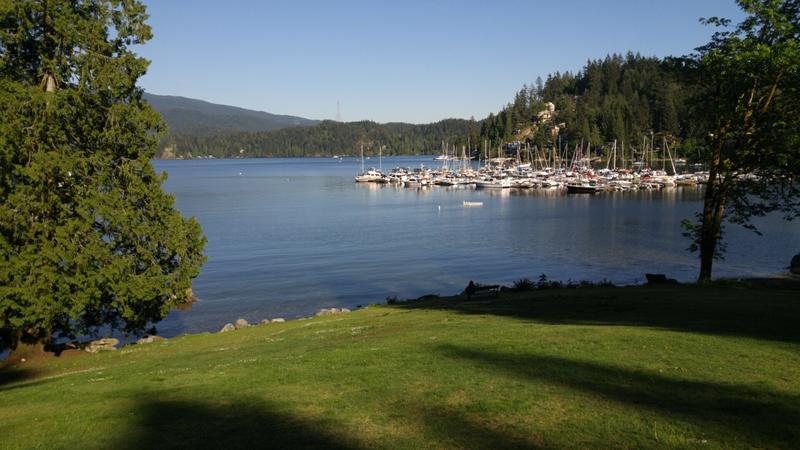 The beach and marina in Deep Cove. Courtesy Vikram Parahoo

Just over a week ago, a friend of mine invited me on this hike somewhere I had never heard of before: Deep Cove. Always open to new experiences, my curiosity was peaked — I agreed to go.

We got out of our car in this scenic seaside village. Its tranquility entranced us. People around us were lying on the grassy hillsides, appreciating the weather and admiring the vast cove in front of us.

At the trails entrance, we went up a flight of stairs that led us deep into the woods. At that point, I regretted the intense leg workout I did the day before — the stairs were steeper than anticipated. But, the pain was silenced by my amazement at the giant trees all around us that shielded away the outside world. The sound of flowing water in the creeks was soothing to the ear while we were trying our best to hike up the steep, rocky and root-filled trail. The hypnotic effect of the array of colours around us and the fresh air only added to the pristine environment we were in. Though we were actually struggling, we did not complain. 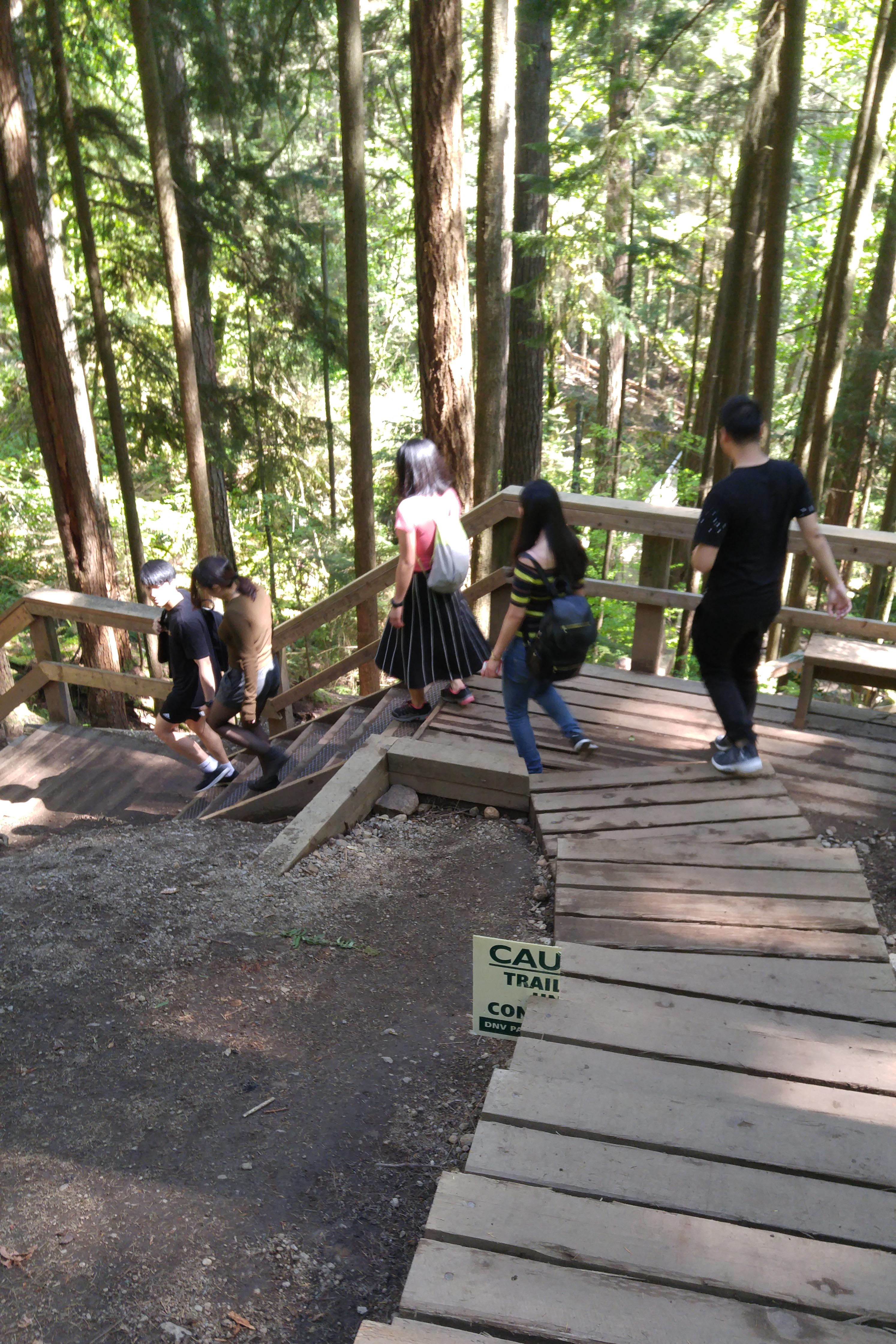 The array of colours around us only added to the experience. Courtesy Vikram Parahoo

There was a particularly embarrassing moment when a dog casually strolled past us, a humbling experience considering how much we were struggling — we were suddenly very aware of how bad we were at hiking. Nonetheless, we kept walking up, panting all the way.

The journey is definitely not for those who hate exercising. But, let me assure you, what we saw next made up for any negative feelings we had on our ascent. When we reached the summit, the view from there was breathtaking. 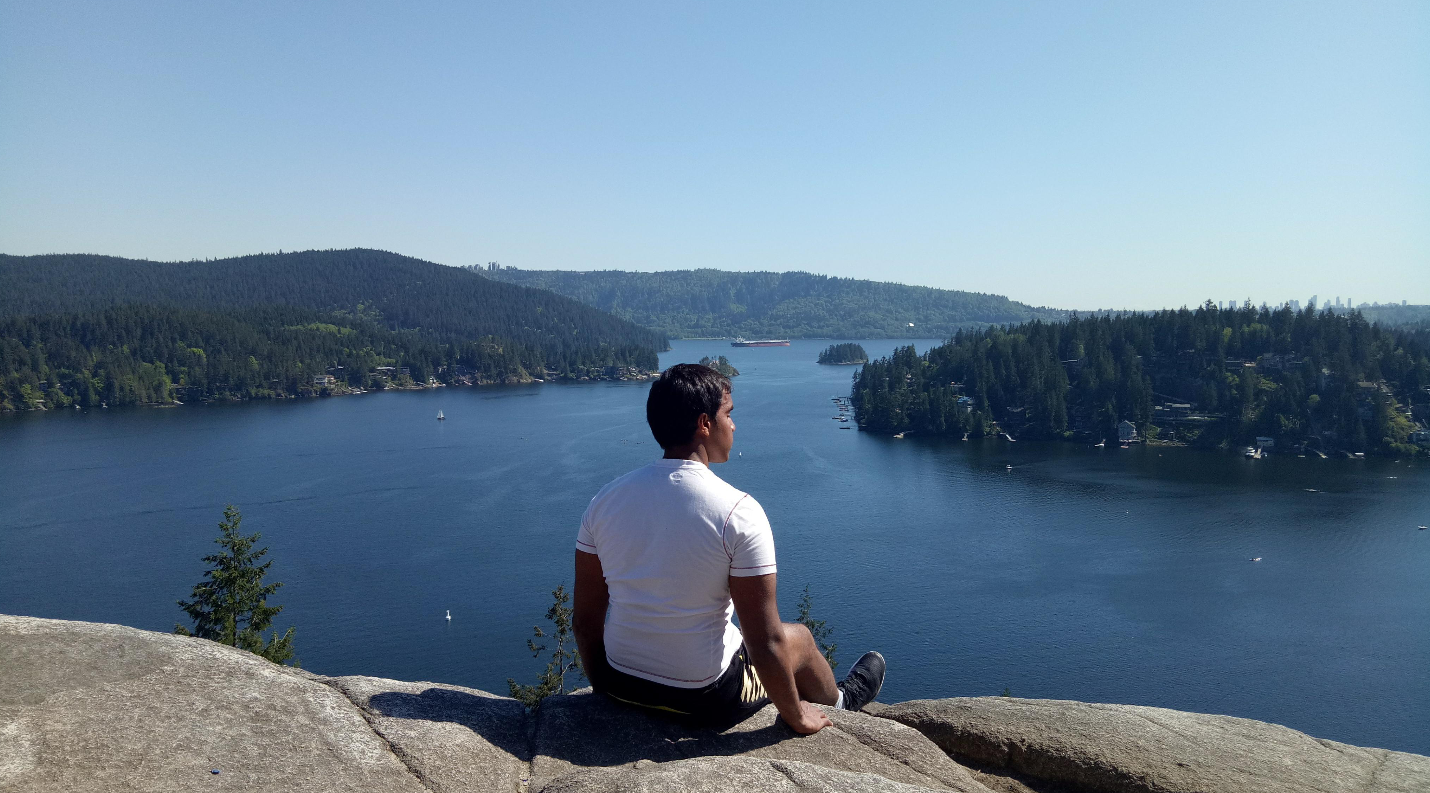 The view from the top of Quarry Rock is breathtaking. Courtesy Vikram Parahoo

The contrast between the greenery, the deep blue sea and the light blue sky made them feel greater than myself, a reminder of the immense complexity of nature and how insignificant we are in all its vastness.

We were clearly not the only ones appreciating the scenery, as the summit was somewhat crowded with people of all ages chatting about the view and how they did not want to leave. Though the crowd was cumbersome at times — we had to make our way on the edge of the rock face while being careful not to bump anybody to get a good seat — it also contributed to the experience, as we all shared one thing in common: a deep appreciation of what lay in front of us.

The walk back down was equally as enjoyable with gravity now our ally.

If you are a nature enthusiast and enjoy athletic endeavours, then Quarry Rock in Deep Cove is a must on your bucket list of places to visit.